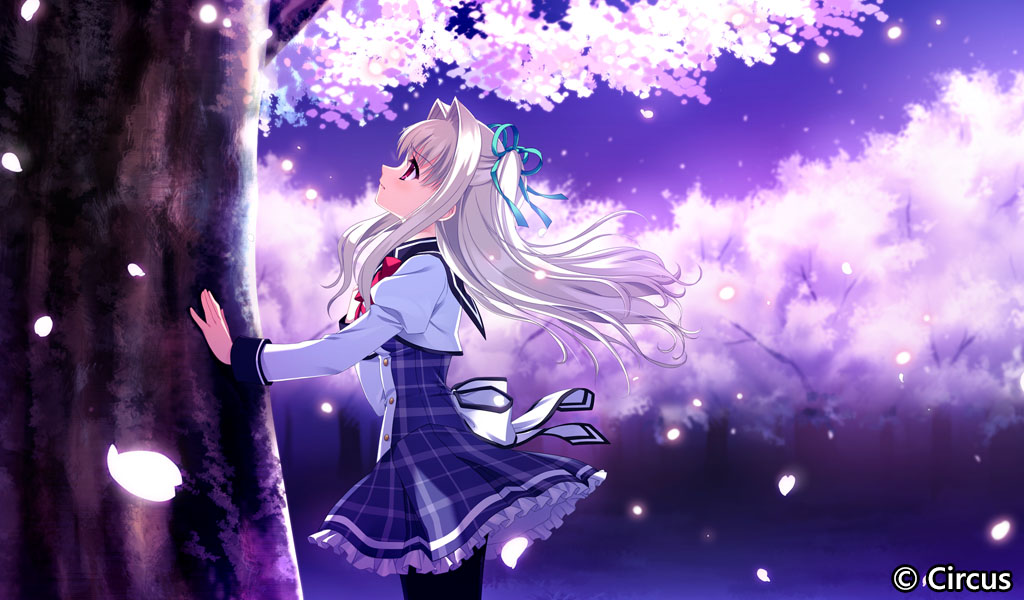 After the heaviness of The House In Fata Morgana, I decided to take a totally different route and try a little visual novel palette cleanser in the form of Da Capo III R. Far from the previous visual novels I’ve covered, Da Capo, an Italian musical term meaning “from the top”, is a harem style romantic quest, which translates roughly into “make a bunch of girls fall in love with you.” I’ve never been one for dating visual novels, because, well, I think they’re creepy, but I gave this one a shot because it’s pretty highly touted, it’s crazy long, and everyone I’ve ever talked to who’s played it has a very polarizing opinion. Why not give this, the third entry into a series, my first wave of attention?

Thankfully, this third installment of Da Capo has, ironically, three boons that the previous games do not. One, it’s not overly sexual: there was a later “X-Rated” version that was put out that brought the erotic to fans who demanded it, but it’s not present in this base game. Which is good, I’m not looking to watch cartoon characters have sex. Two, you don’t need to have played the first two. Apparently Da Capo II was really confusing and pretty frustrating if you hadn’t played the first and knew everything about everyone (even though it was set fifty years later). Lastly, this is the R version, which stands for remastered. The graphics and sound have been cleaned up, given the polish that everyone hoped it could have, and also included the Side Story extra mode as an optional play whenever you’re ready. The Side Story was a separate sale in Japan, so not having to buy it as DLC on Steam is a huge relief.

Da Capo III R, like the other two games, takes place on Hatsune Island, a beautiful place where cherry blossoms are always in bloom, wishes sometimes come true and girls cannot help but profess their love for you. As the mostly faceless Kiyotaka, who is, obviously, the only male on the newspaper club, you are on a quest to write an article all about the mysterious text message that has called on everyone to do something “at the promised place.” The message is inexplicably from 1951 which, naturally, raises several questions. You see, weird things used to happen on Hatsune Island, but they haven’t for decades now, and, lucky you, stuff is starting up again. Get ready for some truly intriguing and odd happenings with the advent of time travel, bizarre magical happenings and plenty of people to woo and have behind closed doors sexual encounters. 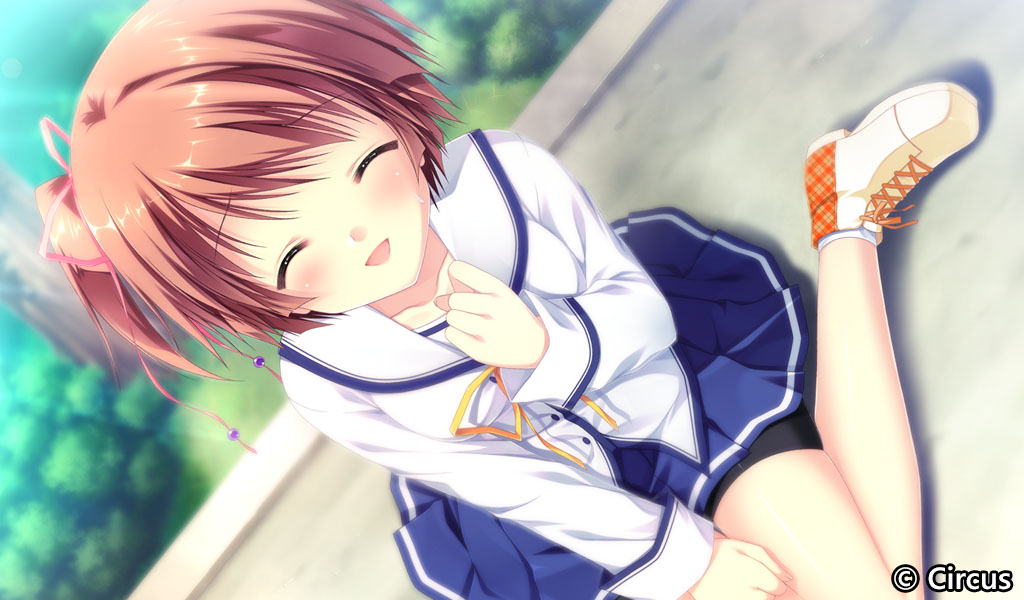 If a player is mostly interested in formulating a relationship and eventually bedding one of the girls, you’re wasting your time and money. Besides the fact that Steam has made it quite difficult to patch this game into the X-rated version (not that I tried or anything), Da Capo III R is definitely more about the story and using dating as a vessel to help expand the overall tale in a sequence that delivers more drama and interest, while also encouraging greater replay value. Similar to Fata Morgana, you’ll need to play and create love confessions from the primary four girls before you can unlock a fifth girl, who’s story helps to showcase what’s actually happening and why mysterious events continue to happen on Hatsune Island. Then, once you finally get that girl to love you, there’s a sixth, final, TRUE ending that wraps up things once and for all and, interestingly, ends the series in a cool way. I didn’t know what was happening till I read a bit online and realized that the title of the series, Da Capo, may actually be pretty fitting. I’m not trying to be obtuse because anyone with six seconds of Googling could figure it out, but it’s a treat experience that people who’ve played the previous two games would enjoy way more than I would.

But, again, the overall story needs hours in order to accomplish. My first playthrough with Charles took something like 9 hours, which, while a great experience overall, did fill me with a bit of dread. The interactions with the girls in an overall sense seem to mostly repeat themselves, so it was easy to skip over them quickly for subsequent runs. Da Capo III R, however, does not conserve space with too many repeats. Rather, once you start down someone else’s path, you’re going to see a lot of different stuff, many slice-of-life variants with simple conversations, pleasant if mundane outings, and conversations that have a lot of similar undertones that the other girls have (“Whatever are we going to do about this mystery?!”) but playing out in different paces and sequence. If you don’t care for one of the girls, too bad: you’re doing your best to make her love you which, arguably, isn’t hard, but still takes a while. Everyone, I felt, was a little endearing in their own regard, but these games can be taxing if you’re too invested. Especially since I really wanted to know what the hell was going on, and it took FIFTY HOURS of Steam time to figure out everything for certain. It’s now the second highest on my play page, and I doubt anything will ever come close for a game I’m never going to play again.

The conversations in Da Capo III R play out well enough and, though pretty trope-focused and anime standard. You have someone who’s goofy, someone who’s a little too energetic, someone who’s sickly but kind, and the chick who’s trying her best just to stay focused on her studies but there’s something about you that distracts her. You can’t fault Circus and Mangagamer for going with what works, even if it’s a bit cookie cutter, but they do a good enough job of making it their own. The voice acting is solid, with a large cast of modestly well known actresses, and the static images of the different girls is contrasted nicely by the very dynamic speeches delivered. Most of what becomes interesting and engaging is finding out about the history of the world and the school where you attend, and slowly understanding that everything, initially, is taking place quite late in the 21st century, which was a pleasant surprise. I didn’t hate the sound of anyone’s voice, so good job marrying talent to personalities. 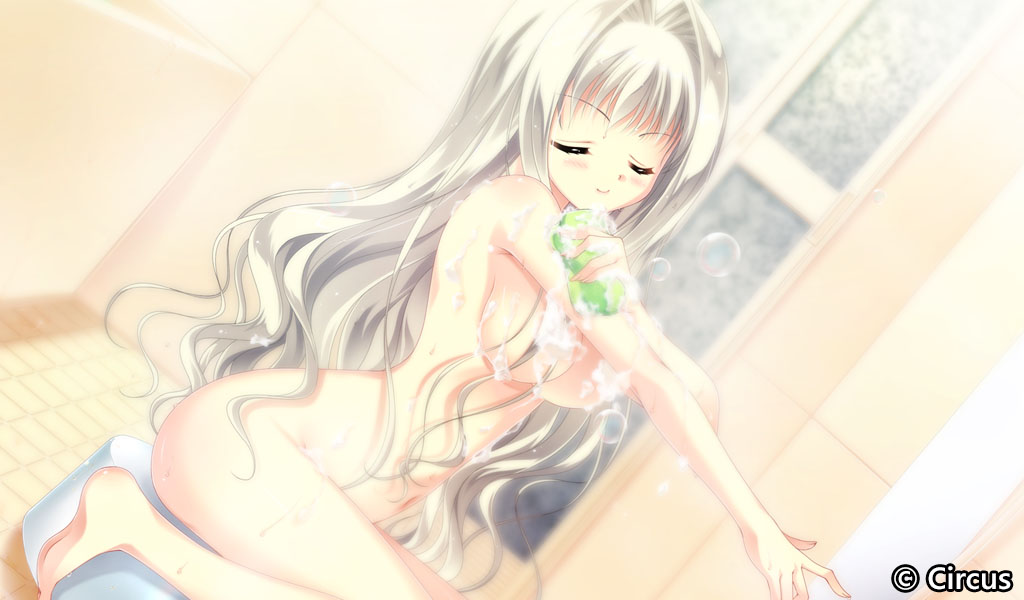 Speaking of artwork (which no one was, but this screenshot raises some questions), it’s also easy to see how Da Capo III R ended up with an anime adaptation for people who reasoned that 13 episodes is significantly less to sit through than fifty hours of reading. The entirety of the island is beautiful, with tons of gorgeous shots of the cherry blossoms in different times of day, plenty of ocean-backed images and enough fades and flares to make you feel like you’re in an especially pretty soap opera. It was a pleasant change from the running watercolor effects of the previous games I’ve played, though these moments did still remind me the game is a bit dated. While it was released in 2012, the original Da Capo was 2002 and the developers really tried to ride this line between keeping the long-term fans invested and appealing to the newer sensibilities of fans who may’ve been children when the first dropped. In the end, things felt like a mostly successful blend, but edges appeared when you looked closely enough.

Da Capo III R, a massive undertaking, isn’t easily slotted into one visual novel category. The mystery surrounding the game isn’t dark or foreboding enough for horror enthusiasts, but it’s not as “get the girl” as other harem games tend to be. The story is utterly massive to behold, and, in theory, you’d need to have already invested close to one hundred hours in the previous (and arguably inferior) games to fully appreciate the big reveal. And this isn’t your bargain basement visual novel: as one of the biggest sellers of its time, Da Capo III R is set at premium price on Steam. But it is a wonderful story. The girls aren’t insipid or empty, and everything does come together. While you might feel some initial inhibitions, you don’t get hung up on the idea of breaking others hearts when it becomes clear that each attempt is a new lease on life, a new chance to see what happens. If you’ve truly been interested in a cute visual novel experience and want something top shelf without being lewd, then Da Capo III R is an amazing place to start. Just don’t plan to do anything else that weekend.