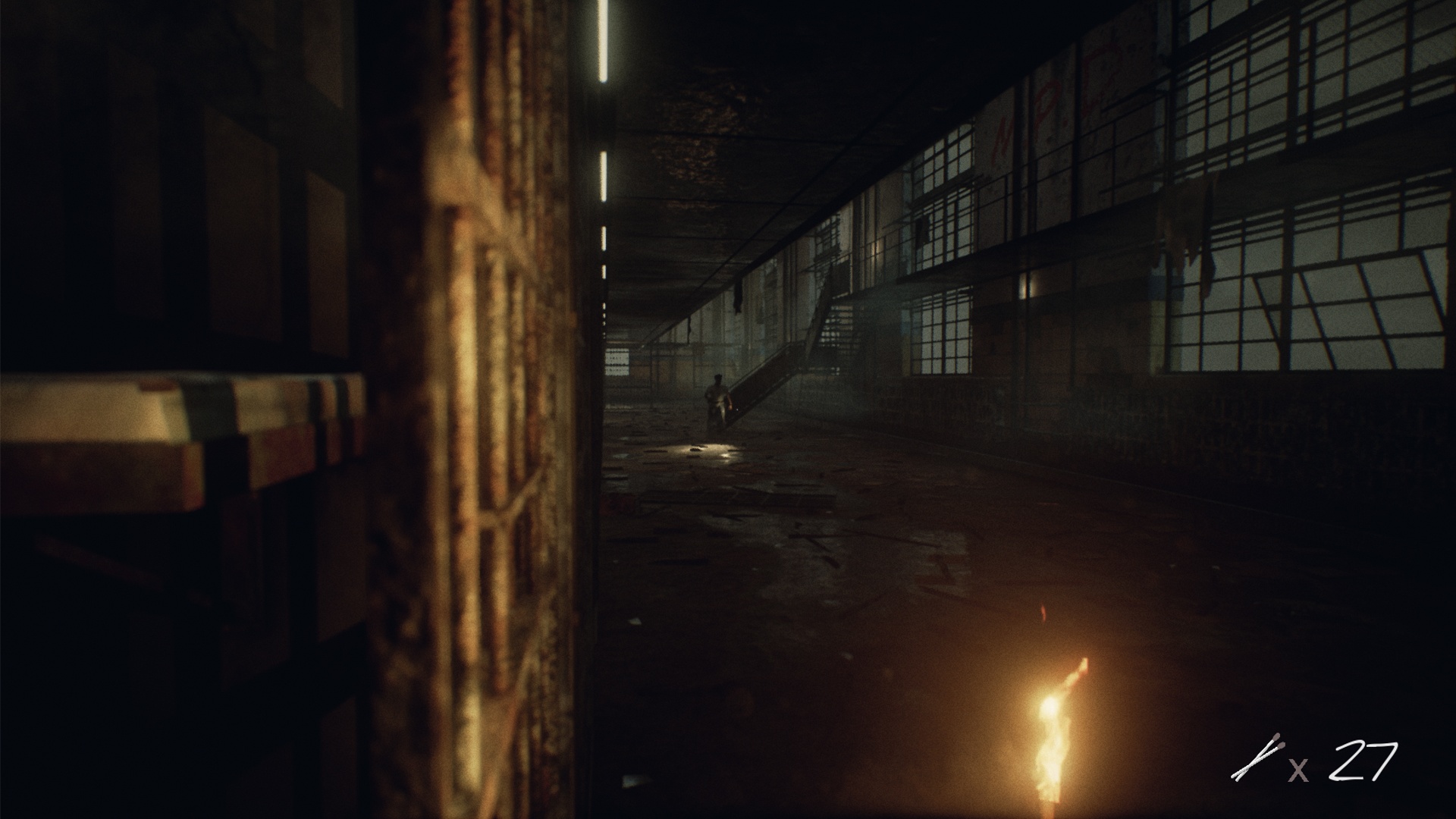 Inmates is a Psychological Horror title from developer Davit Andreasyan that released on October 5th, 2017, from Iceberg Interactive. This release explores complex notions, dabbles in Occult themes, and employs jump scares to keep players on their toes. The player steps into the shoes of Jonathan, a man who has just woken from a terrible nightmare to find himself locked in a gloomy, decrepit prison with only shadowy figures and troubling characters to keep him company. But can Inmates stack up against a score of other Psychological journeys with disturbing themes and tortured minds?

I don’t want to give too much of the plot away and spoil Inmates for anyone else interested in playing it. However, I do want to touch base on one particular aspect of the storyline: Mental health. Too often, the media and pop culture use psychological situations such as Dissociative Identity Disorder (DID; previously referred to as Multiple Personality Disorder) as a convenient scapegoat to explain a character’s savage, sociopathic behavior.  This stigma clings to the Mental Health community, and it has a negative impact on real people experiencing these situations and sorts of reactions to trauma. According to Psychology Today, “not all multiples develop maniacal alters, most of them do not. Further, the development of DID is most often associated with childhood abuse which splits the person’s identity. The new alter, essentially, holds onto the traumatic memories for the person, which then protects them from the unimaginable suffering that occurred.”

Falling back on Mental Illness as an explanation for horrific events and the motivation behind them underscores the complexity and legitimate presence of these instances in our communities, and creates a very negative spin on a reality some people face every day without resorting to violence. I was disappointed to see Inmates fall into this trap; it was hinted at very early on in the game, especially with the Psychological Horror tag, that things weren’t what meets the eye. However, psychological trauma and mental health as a whole shouldn’t be reduced to the punchline in a watered-down storyline to justify weak reasoning and insufficient explanations. 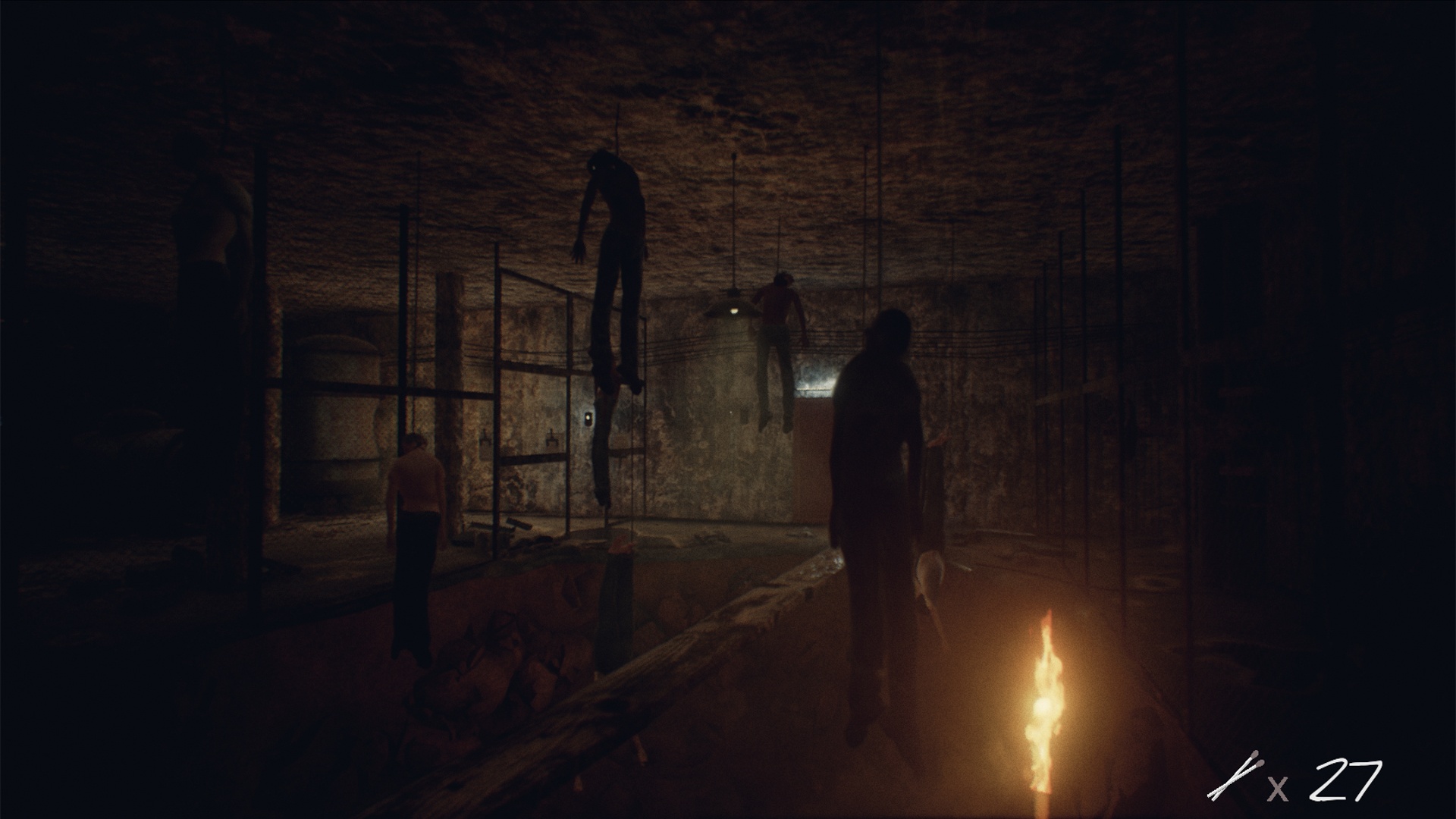 This portrayal of Mental Health isn’t the only issue that the world within Inmates has going on. There are elaborate, intricate references and examples of all sorts of occult and religious themes that never seem to come to fruition. Why do we find books on UFOs and sea monsters? Was Jonathon fixated on these things growing up? Why all the references to Satanism and other spiritual groups? Apparently, the protagonist’s journey towards self-realization and exploration within this disturbing prison is part metaphor and part scare tactics, but even after the ending “resolved” some things I still had too many questions. It’s an ambitious attempt at storytelling and, Mental health conversation aside; I feel that a few tweaks or some underlining elaboration could do a lot to patch up the plot holes as they stand.

Inmates has three graphic settings – low, medium, and high – but no separate categories for things like shadows, lighting, etc. It’s all looped in together, and unfortunately, I had to choose the lowest setting to be able to avoid FPS interruptions during my playthrough. I was able to turn off motion blur, but especially on the lowest setting the movements inside the prison still felt foggy and blurry, likely due to the shadows. The audio control wasn’t much better, and I ended up turning my sounds down lower than I would have liked because the cut scenes were so loud and jarring. I eventually turned my brightness up to max, especially on the lower settings, just to be able to navigate successfully without continually using up my limited matches.

One aspect of Inmates that I found very refreshing was the implementation of puzzles at several points of the storyline. I’d wander into an empty cell, looking for a scrap of paper or writing on the walls, only to be locked in and forced to solve a puzzle. A few of them were relatively simple, but I couple had me guessing longer than I expected. However, the low graphic setting and my inability to really read everything involved in said puzzle solution extended the delay in solving it a few times, but that too could be improved with some further optimization. 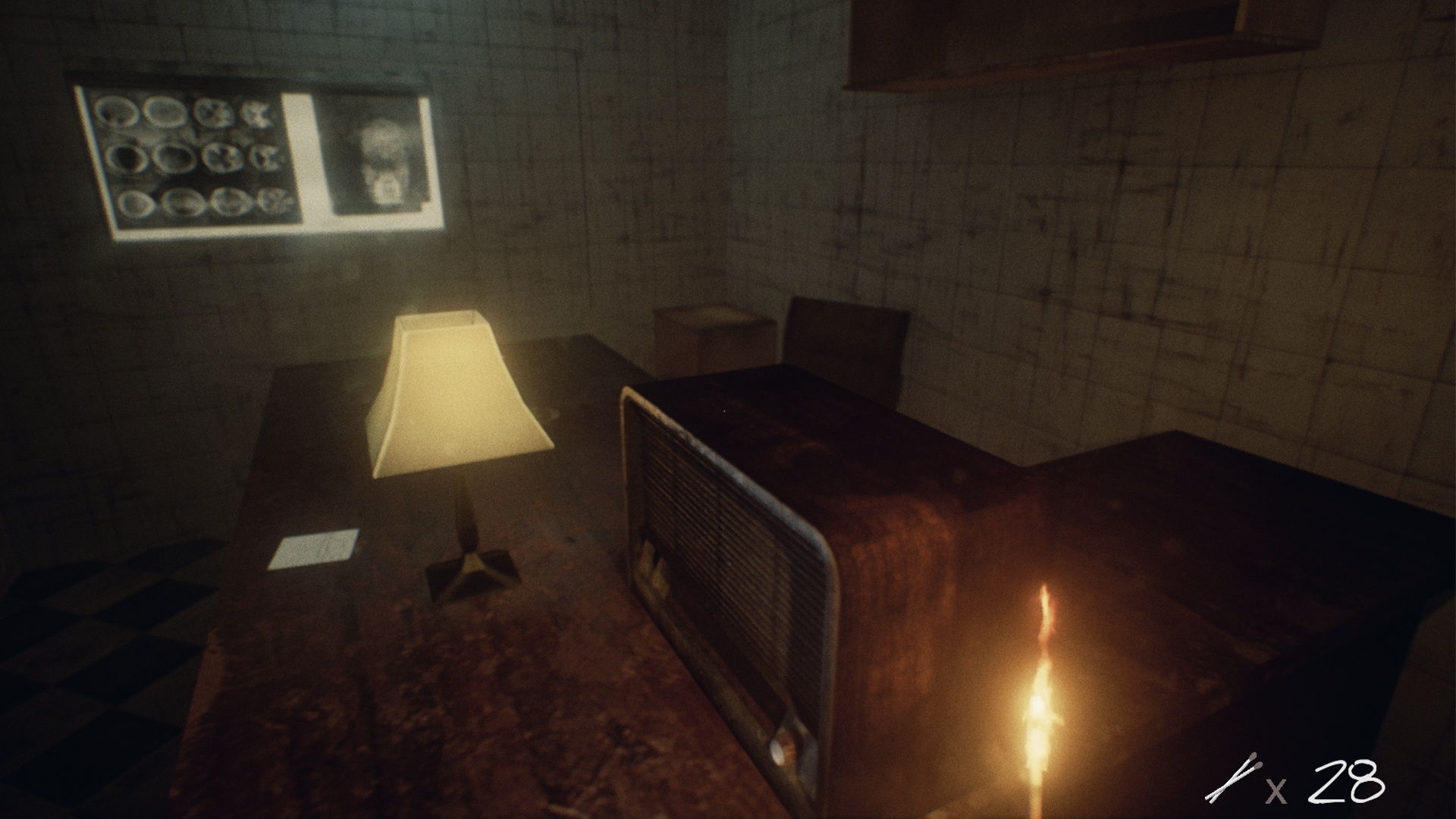 Inmates is an ambitious project, especially for a single-person development team. At its core, Inmates does a reasonably good job of achieving an unnerving, immersive atmosphere for the first hour or so. However, once you’ve ventured around and realized nothing is out to kill you the increasingly rare jump scares lose their impact and relying on taboo imagery like occult tomes and Satanic references doesn’t up the creepy factor – it just gets confusing. The ending resolves the majority of the questions Inmates poses, but it does so in a way that feels gimmicky and disappointing. There’s virtually no interface to speak of, nor is there an inventory system; the video and audio issues are mildly frustrating, but not a deal breaker. It feels like Inmates tries a bit too hard to reinvent the Psychological Horror wheel, but in reality, it just overwhelms the player with tropes and plot dynamics that have been done many times before and much better.

That being said, if you’re looking for a Story-Driven, Atmospheric experience that combines elements of Horror and Adventure, Inmates could be worthwhile addition to your library. A few tweaks to the optimization and customization would go a long way, as would a few additional notes, books, or tidbits that help tie together the loose ends of the storyline. It might be better to wait for a few rounds of patches or a sale, but it’s still a journey I’m glad I took.