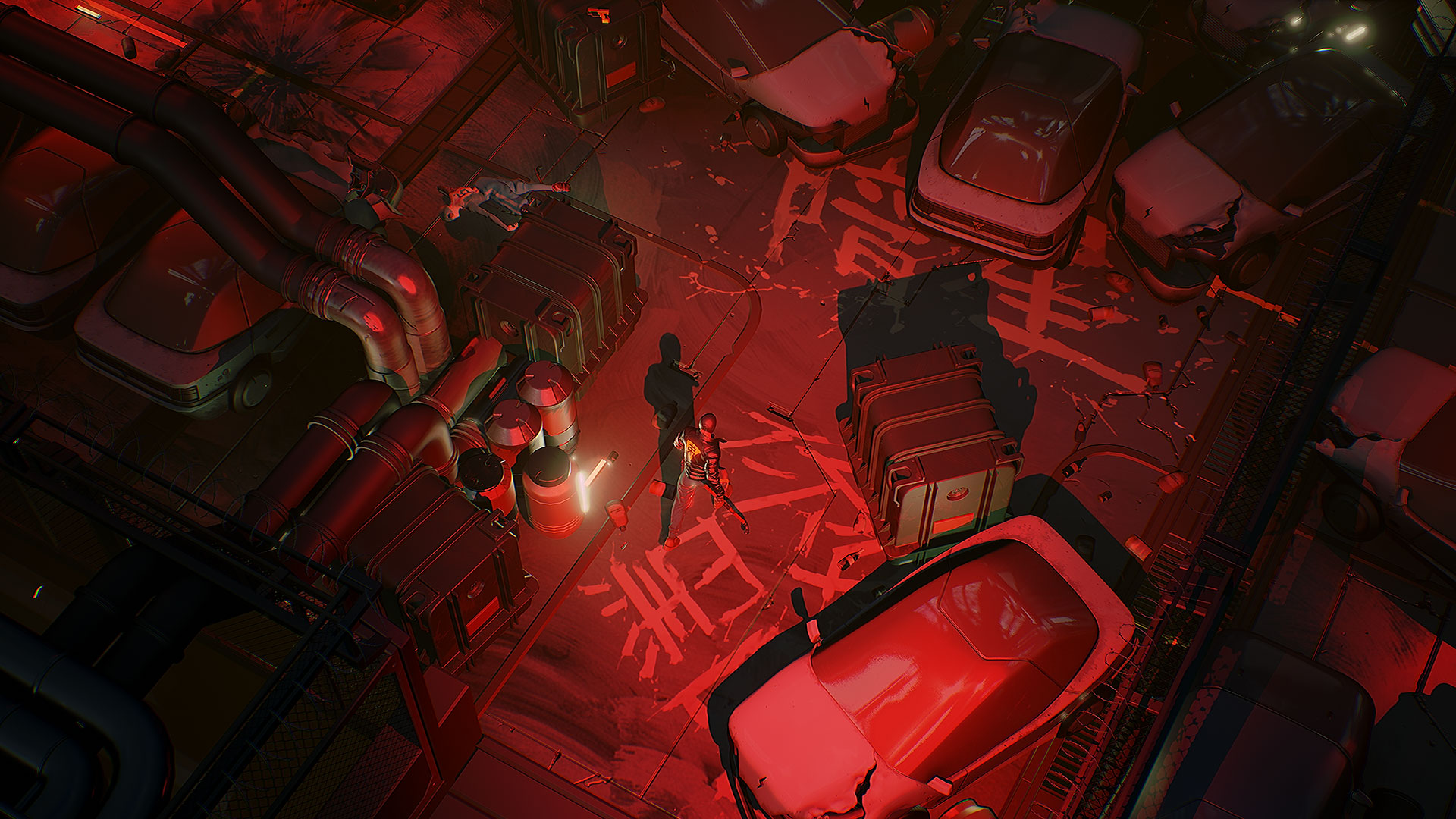 Ruiner, the first game from Polish developer, Reikon Games is utterly brutal. It’s visually brutal, tonally brutal and, above all else, brutally difficult. Many of the best games ever made are incredibly difficult while others are all but defined by their difficulty (Darks Souls etc), but while there will always be an audience for the ludicrously challenging, to be challenging and enjoyable, something that the vast majority of gamers would expect (or at least want), well, that’s something far trickier to balance. Making an impossible video game isn’t hard, but making one that is super challenging while simultaneously enjoyable (beyond a purely masochistic level), is what often proves the difference between a compelling experience and a largely frustrating one.

While Ruiner toes the line in this regard, far too often, it falls on the frustrating side of the fence, and while it’s testament to the quality of the game that I wanted to push beyond these often absurd difficulty spikes, this lack of balance does keep the game from reaching its undoubted potential. This is still a great game, but man, sometimes, it’s just a little too eager to kick your ass.

This somewhat inevitable ass-whooping probably won’t come for a while though. Death is rarely far away, but for the first few hours, I made solid progress through Ruiner’s gorgeously bleak cyber-punk world. The mechanics are fantastic, the art design is exemplary and the violence consistently vicious. It’s not a million miles away from Hotline Miami, but in many respects, actually plays better than Dennaton Games’ much loved top-down shooter. The difference is, while Hotline Miami is itself a very difficult game, it doesn’t come with the same sense of frustration that I often felt while playing Ruiner. 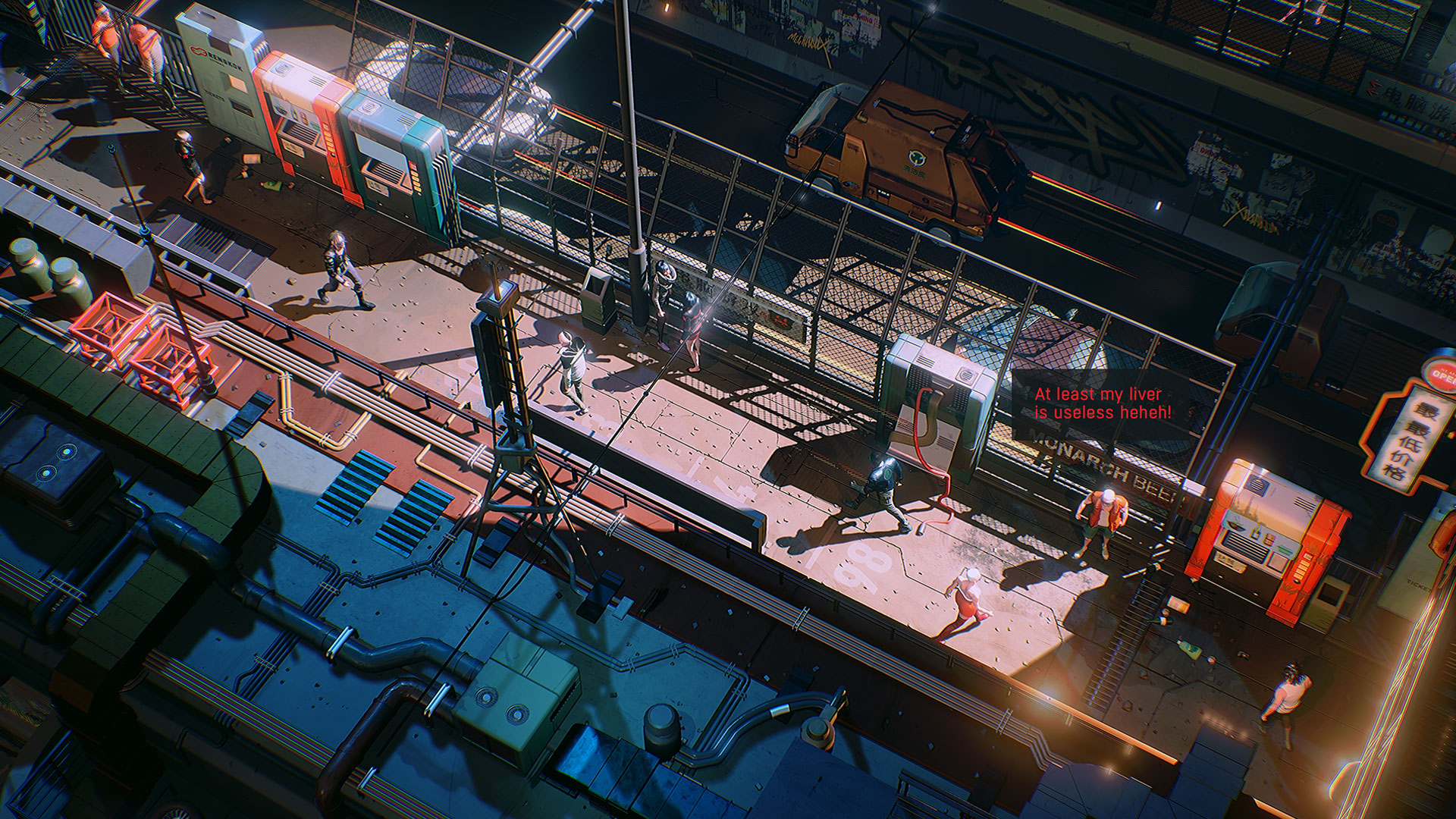 Still, as difficult as it might be, as downright cruel as it often is, Ruiner is still great fun to play. The moment to moment gameplay is some of the finest you’ll find in the genre, and as long as you’re not squeamish, delivers some of the most satisfying combat of any game released this year. With tons of weaponry, a host of gory kill animations and a brilliant combination of melee and gunplay, Ruiner stands out from the crowd on the strength of both its mechanical variety and its sheer levels of violence.

This isn’t just violence for violence’s sake though; while undoubtedly gory, the violence here works well on both an artistic and thematic level within the confines of Reikon Games’, brilliantly authentic cyber-punk world. The world itself does become a tad samey towards the end of the game, and a bit more variety wouldn’t have gone amiss, but for fans of classic cyber-punk aesthetic, Ruiner is arguably as good as it gets. This is an artistically striking game that looks fantastic and runs beautifully.

The same is true of the narrative. Twin stick shooters are hardly famous for their storytelling, but Ruiner does a good job of establishing its world. The central story that sees your mask-clad lunatic hacking and blasting his way through the depths of Rengkok in search of his missing brother is all enjoyable enough, but it’s the extensive lore entries that really add an extra layer of depth to this unforgivingly violent world. Not everyone will bother with them of course, but they are well written and surprisingly insightful – above all else, it’s nice to see a twin-stick shooter confident enough to put a strong emphasis on storytelling.

As good as the story and visuals might be though (oh, the soundtrack is also largely brilliant), Ruiner ultimately succeeds thanks to its fantastic gameplay. Movement is slick and responsive and, as mentioned previously, both the shooting and melee-based combat both feel great. Yes, the challenge is uneven and the spikes occasionally infuriating, but such is the quality of the gameplay that many will want to push on regardless. 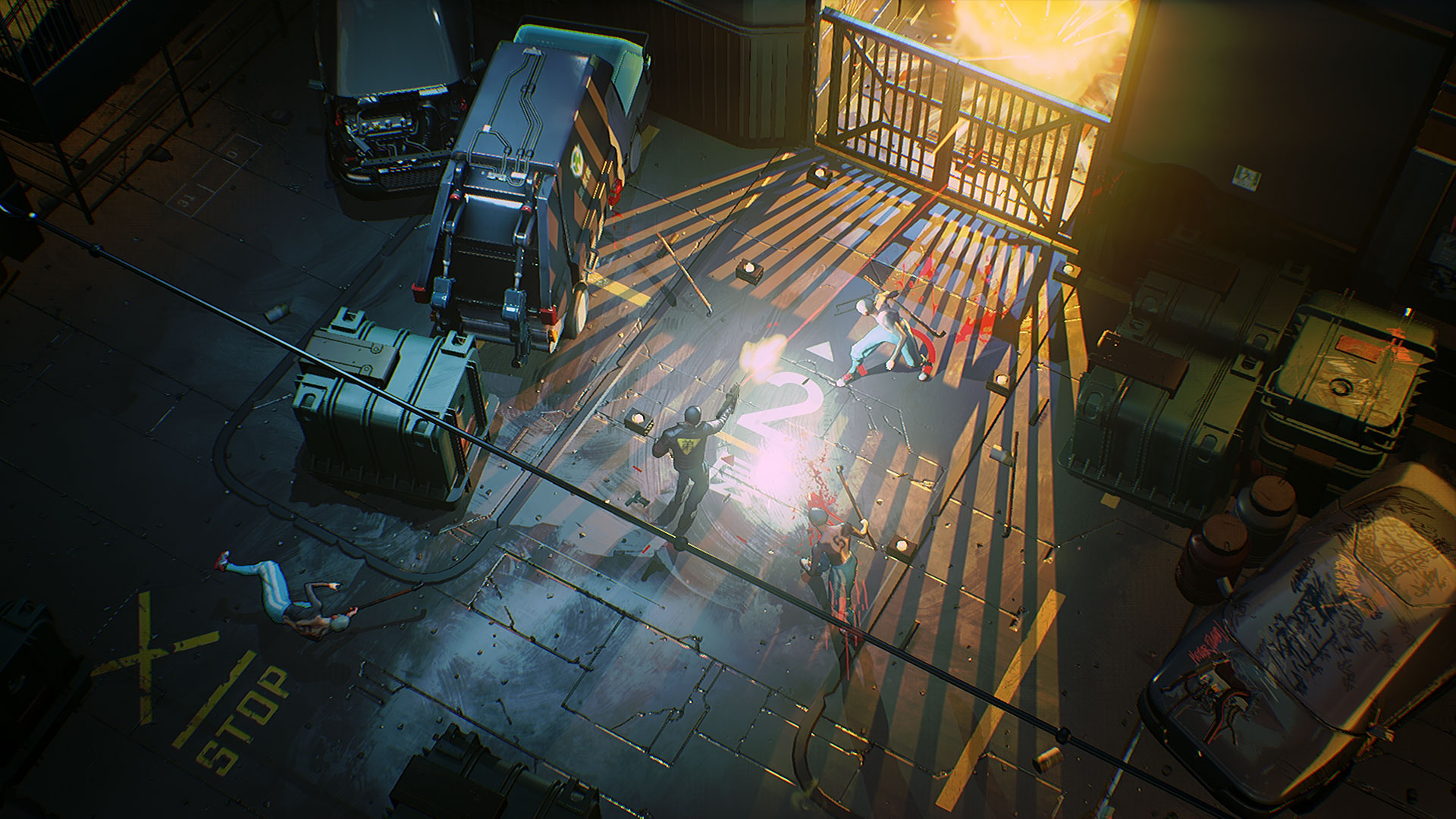 This core combat also benefits from a skill tree that unlocks a host of additional abilities that can be combined to devastating effect. Whether it be the shield, the dash or simply a good ol’ fashioned grenade, these abilities, along with your core moveset, make for a brutally effective set of skills that top tier players are sure to put to impressive use. For most of us, they will be a way to survive just a little longer, but as you improve, they become a way of taking down enemies with style and efficiency.

If you don’t fancy the challenge, there is an easy mode which, low and behold, actually is quite easy. In games such as these, ‘easy’ usually means ‘a little less hard’, but here, reducing the difficulty really does give players the opportunity to explore the world and enjoy the admittedly bleak surroundings. The only issue is that it might actually be a smidge too easy and thus offering up very little in the way of discernible challenge for those who struggle on normal…..which will be many. You can try hard mode of course, but Jesus Christ, good luck with that.

The difficulty will be an issue for many with frustration likely to get the better of those without the patience to stick with this gloriously sleek but viciously unforgiving shooter. The mechanics are top notch, the cyber-punk inspired world fantastic and the soundtrack sublime – if you can deal with the occasionally ruthless difficulty spike, you’ll be treated to one of the finest twin-stick shooters of the generation.