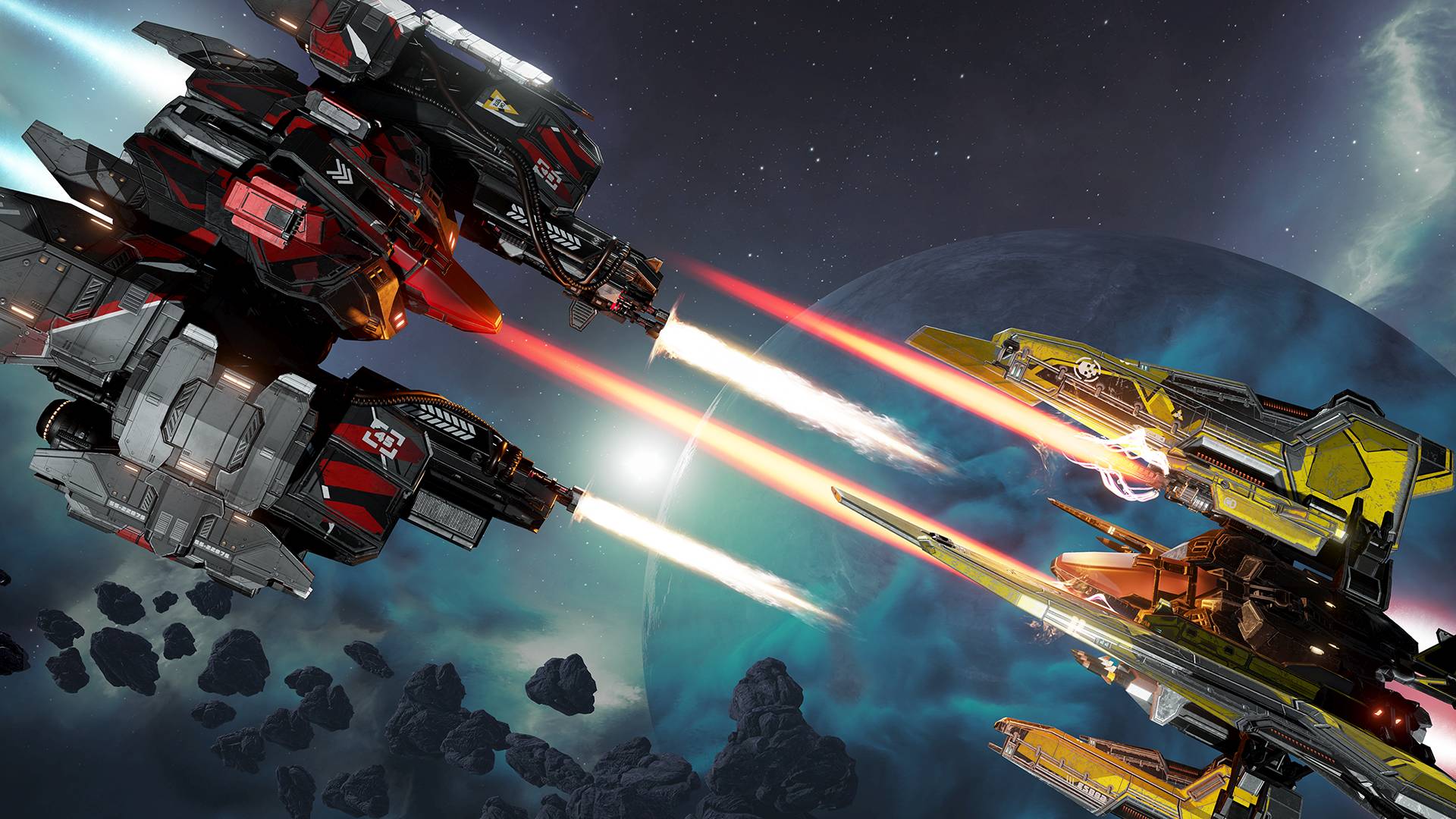 I’m not a fan of VR. Well, that’s not quite right – I am a fan of VR, but only under very specific circumstances. When VR works, it’s great fun, but due to the effort required to enjoy it and the complete hold that it has over your primary senses, I simply don’t see it as a realistic option for everyday entertainment. Simply put, while I think the technology has a future in terms of premium, amusement park-level fare, I do not see it having a future of note in the living room. I said it when it was released and I feel even more strongly about it now; many gamers love VR, but this push towards some form of mass audience appeal was always likely to fail – it’s impossible to demo without a headset, it’s unwieldy, expensive and, let’s be honest here, it looks bloody ridiculous. I have no issue with playing videogames with my wife in the room, but sitting there with a huge VR set stuck on my noggin’? No thanks.

Don’t get me wrong, there are some great games on VR (EVE: Valkyrie on PSVR being one of them), but they are few and far between. Also, like EVE: Valkyrie, most of them are short. While that actually makes sense for VR in terms of gameplay, it does make purchasing one of those expensive headsets a less appealing proposition. Some of the bite-sized games are great, but can you justify the expense when you’ll only be spending a few hours (max) with each game? The news that there is an updated PSVR headset on the way suggests that some are, but equally, EVE: Valkyrie’s move away from VR for this impressive Warzone update suggests that the numbers simply don’t add up when it comes to developing triple-A video games for a technology that I suspect might quietly fade away in the next year or two.

For all my criticism of VR though, let’s make one thing clear – EVE: Valkyrie – Warzone is absolutely brilliant on VR. The base game might well have been rather light on content, but an array of updates (all of which are included in this Warzone addition), make for what is now a fully featured and rather impressive experience. Still, while it is great to play in VR, for reasons outlined above, I spent most of my time playing it on a TV screen. Luckily, EVE: Valkyrie – Warzone is equally fantastic when played with a standard controller. It’s not as immersive of course, but equally, it allows you to enjoy the experience without the need to completely lock yourself off from the rest of the world. 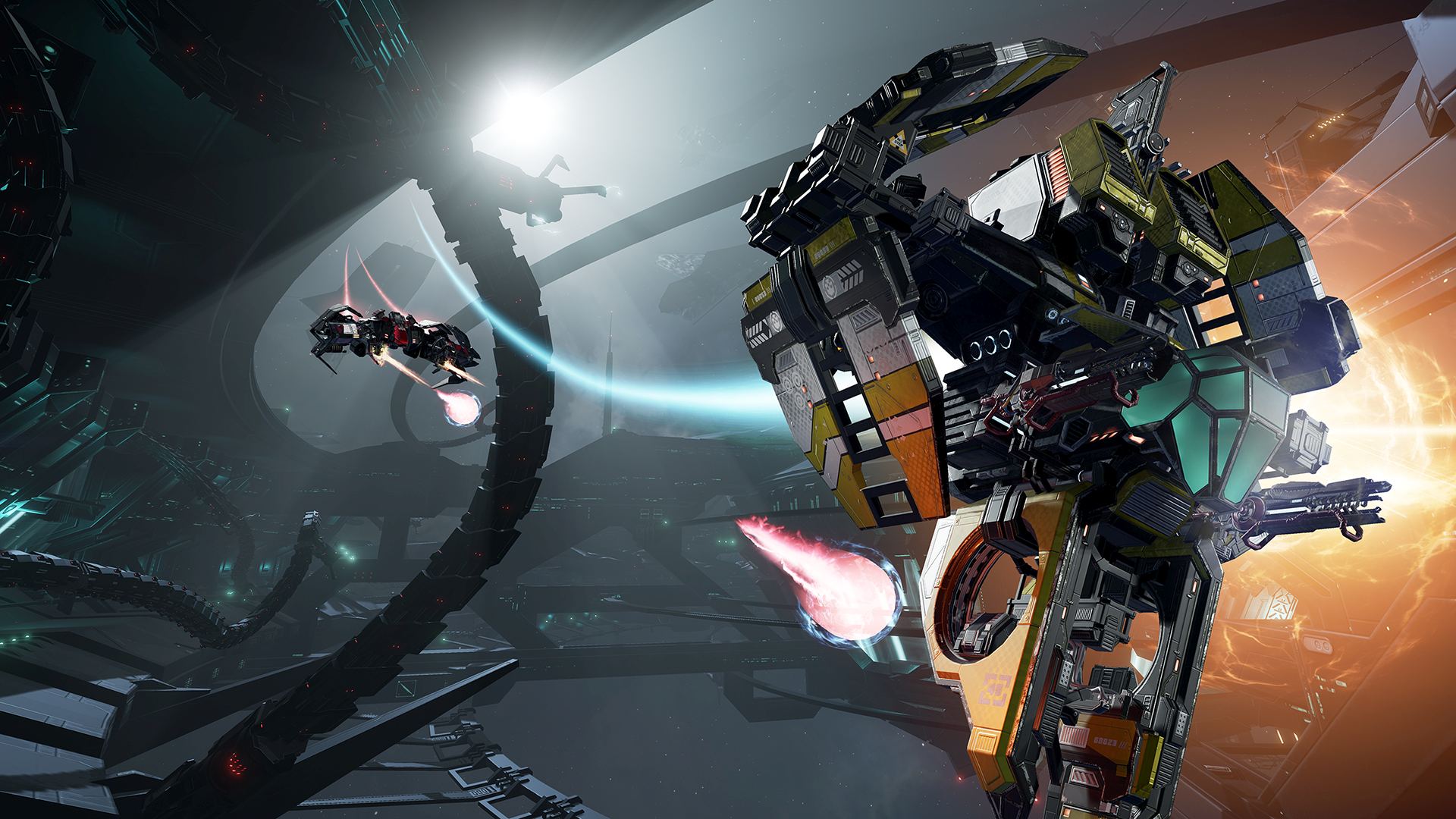 Despite the impressive visuals, rich world and tight gameplay, what ultimately makes EVE: Valkyrie – Warzone quite so special is its structure. There have been a lot of decent space combat games down the years, but one thing that often holds them back (the same has often been true of the Ace Combat’s of this world), is the inherent ‘sameyness’ of each ship’s mechanics. Here, by creating unique ship classes ala Overwatch, the moment to moment gameplay in Warzone feels far more distinct, and with an array of upgrades, abilities and unique cosmetic options for both your ship and pilot, it makes for a compelling and often downright addictive experience. Like the best online shooters out there, Warzone has that constant dangling carrot in front of you, urging you to play one more game.

Luckily, while this kind of drip-feed of minor rewards can feel somewhat manipulative, the core gameplay is so good that you’re unlikely to care much. The ships all control uniquely and are incredibly responsive with the combat proving both slick and impactful. There is nothing truly revolutionary beyond the inclusion of classes and additional abilities, but those core mechanics are really what make this game tick, thus allowing those supplementary abilities and skills to help it stand out from the crowd and reduce the kind of repetition that is so often the bane of flight combat games.

Of course, one thing any online shooter needs is a community, and while EVE: Valkyrie has done ok in this regard, by removing the shackles associated with being a PSVR exclusive, developer, CCP have essentially opened the door to a potentially much larger audience, and by also including the option for cross play with PC gamers, have ensured a sizeable player-base for the foreseeable future. 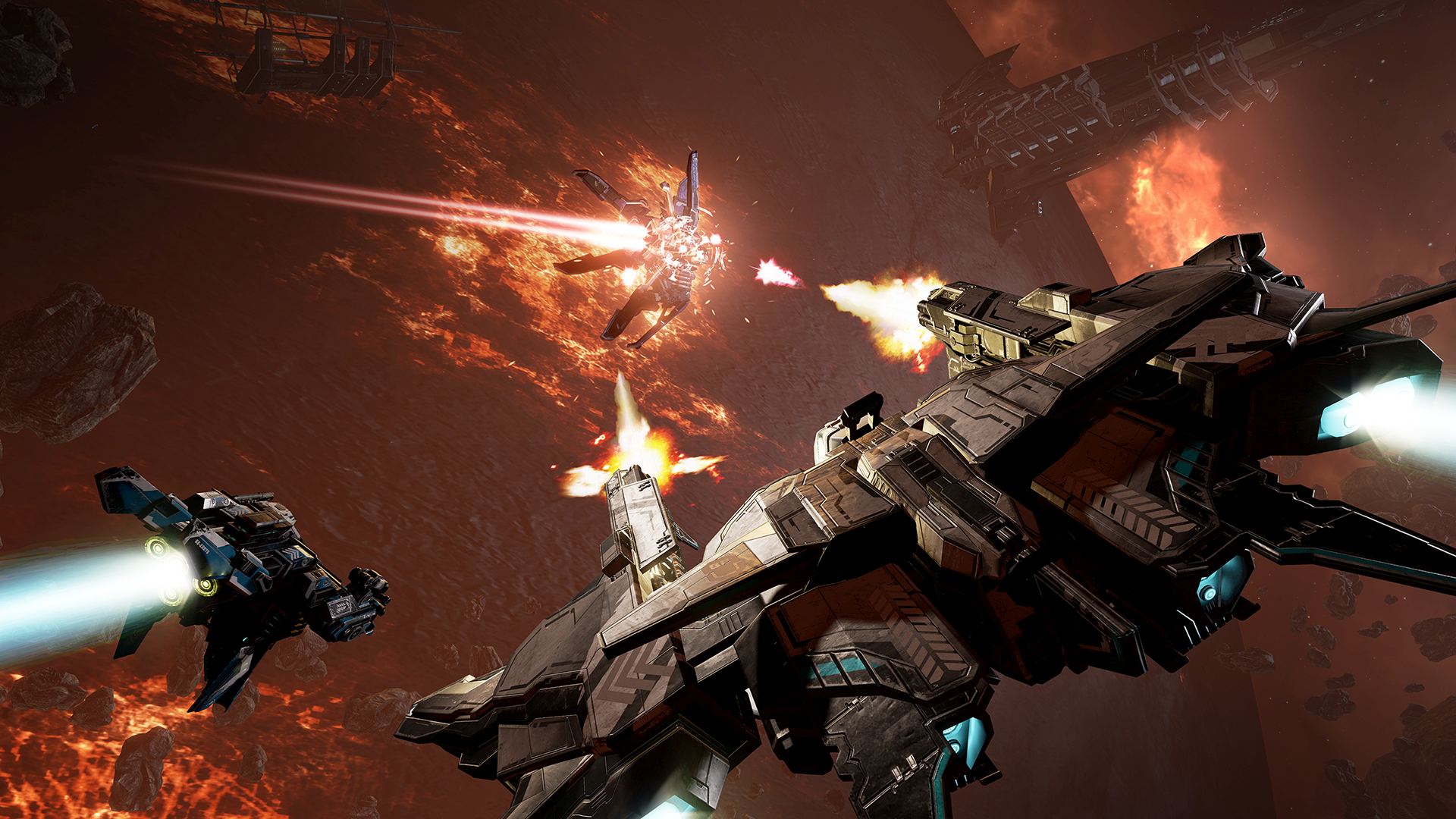 While the online component of the game now feels much more robust with the likes of Groundrush, Carrier Assault, Gatecrash and Joint Strike modes now available, the same can’t be said of what remains a rather limited selection of single player options. There is a basic training mode, a very limited ‘story’ mode (if you could even call it that) and an enjoyable but rudimentary survival mode, but honestly, none of these are worth the price of admission alone. If you’re a fan of the online component, they’re a nice little addition, but if you’re flying solo exclusively, they don’t offer nearly enough content to justify the expense.

One of the other major issues with flight combat games (space combat games in particular), is the lack of variety in its surroundings – space is particularly restrictive from an artistic standpoint. Sure, you can fill it up with bits and bobs, but for the most part, space is, well, it’s a whole lot of black and not much else. That’s still a problem here to an extent, but for the most part CCP have done a great job of adding variety to each stage via an array of events that unfold as the action takes place. Whether it be giant ships, asteroid belts or simply inventive ways of making each planet look notably distinct, Warzone’s artistic imagination combined with the games’ undoubted technical prowess makes for what is an often spectacular looking video game.

VR might not be for me, but whether you’re playing on PSVR or the PS4 Pro, CCP’s, EVE: Valkyrie – Warzone delivers an exceptionally enjoyable space combat shooter, one that stands out from the crowd thanks to its outstanding visuals and smartly implemented class system. It might have been light on content and relatively short of community upon its initial release, but thanks to the additions made ahead of the Warzone update and the hugely expanded player base (the removal of its VR exclusivity and the addition of cross-play with PC owners is bound to do wonders for its long term aspirations), EVE: Valkyrie – Warzone really does feel like a genuine alternative to more traditional shooters and one of the finest space combat games to be released for quite some time. The single player options remain a disappointment, but the multiplayer is undoubtedly better than ever.