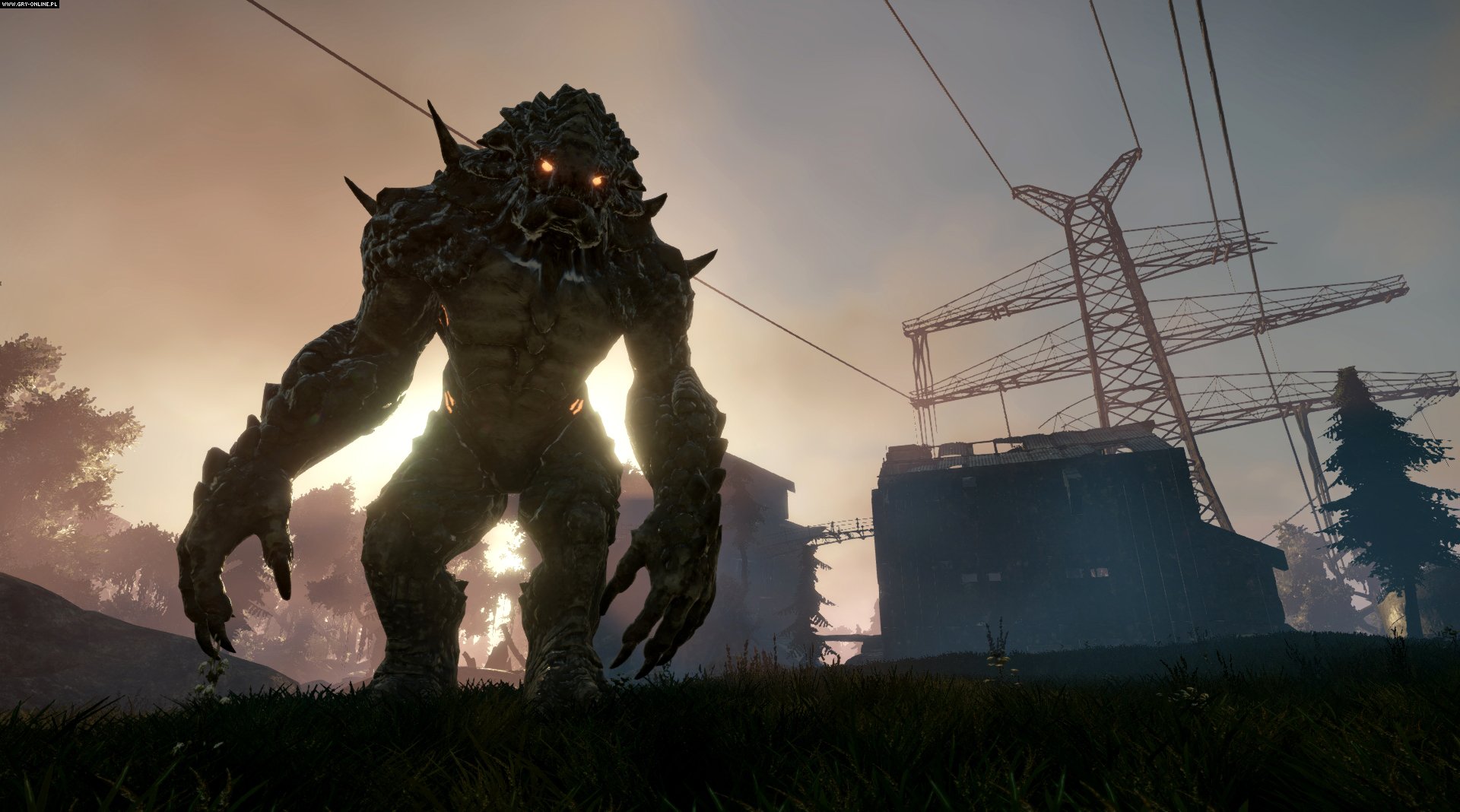 Piranha Bytes, – the developer of the just released Elex – and me, go way back. I’ve completed every single one of their titles multiple times, and I purchased the Xbox 360, back in 2009, just so I could play the very first instalment of the Risen series. Hell, I even know the layout, and topography of the original Gothic better than the ones of the city in which I live. And this is exactly why I have much more authority when discussing the games produced by Piranha Bytes, than the vast majority of video game critics and/or writers alike. And I’m extremely confident in saying that Elex, just like developer’s previous titles, is a sight to behold.

Elex begins, in many ways, just like the original Gothic. You are stripped of all your valuables, and are dropped from a cliff into a hostile wasteland, where numerous factions are fighting against each other in order to gain the most power, and influence. And just like in Piranha Bytes’ 2001 debut title, you meet a friendly NPC, who just like Gothic’s Dante, guides you the very first town, which is an equivalent of Gothic’s Old Camp. And from that point onwards you are free to immerse yourself in the incredible world of Elex in whichever way you desire.

Elex, unlike your modern western RPG’s such as the Mass Effect or Dragon Age series, is an RPG through and through. The second you begin, you are free to explore the world in whichever way you desire. You can do what you, and you can become whoever you want. In-fact, you don’t even have to follow the abovementioned guide to the quote-on-quote Old Camp, which in Elex is occupied by the Berserkers. Because just like in Gothic, you can simply go your own way, and craft your own personal adventure. If you want to scour the wasteland for supplies, and become a scavenger, you are free to do so, and it goes for anything that you can think of. Simply because the possibilities within the world of Elex are endless.

Understandably, modern gamers may not appreciate the freedom which Elex offers to one. And Piranha Bytes, has taken care of that too, because Elex, just like the abovementioned Mass Effect, can be played as a linear RPG. As one can simply follow a string of quests, which will lead one all the way to the finale. However, where titles such as Dragon Age featured just one string, then Elex is in possession of an entire string factory, as ultimately all the roads lead to Rome, and in Elex there’s thousands of them. 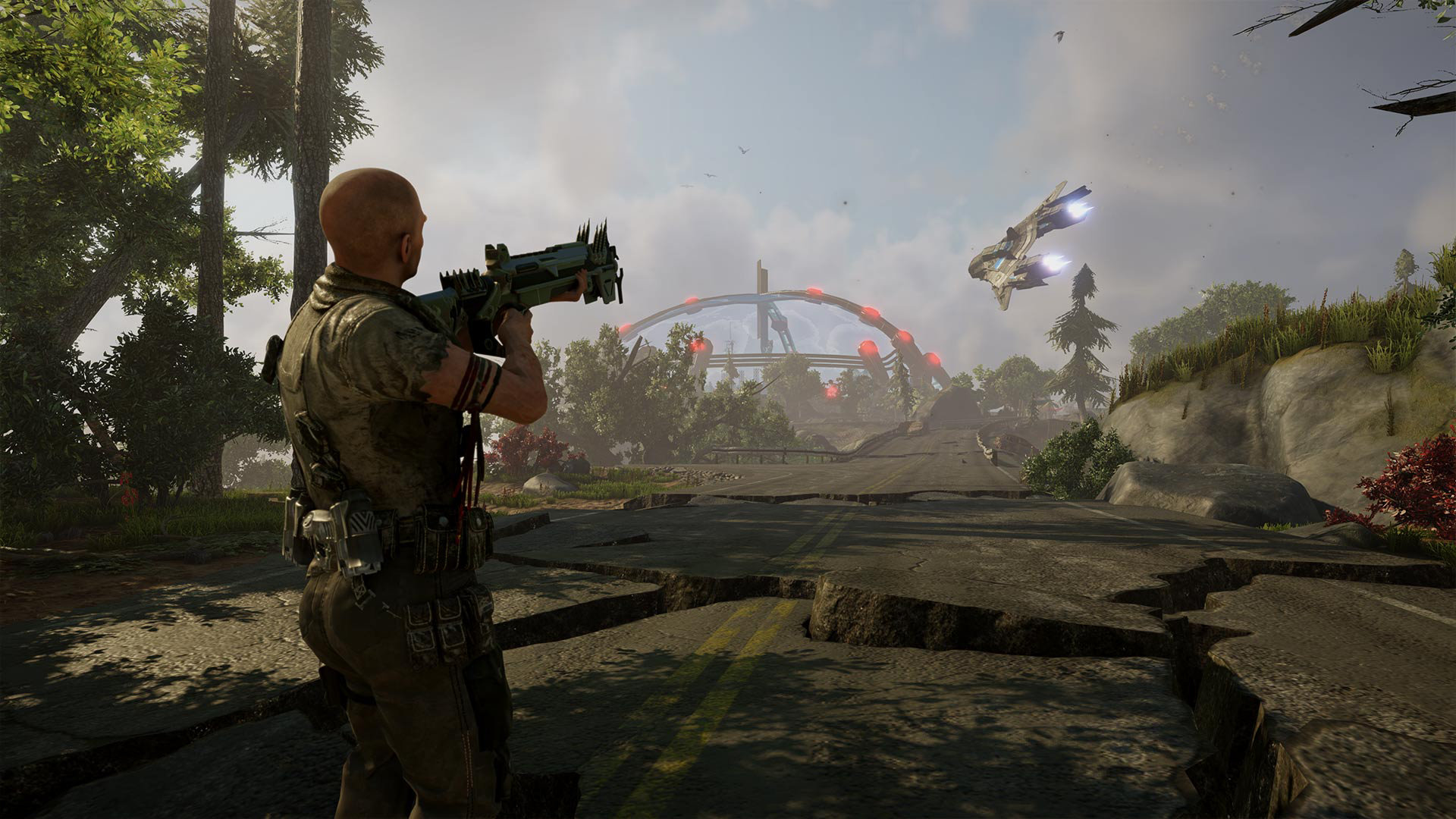 In more ways than one, Elex can be described as a choose your own adventure, RPG. Because quite literary it allows one to choose his/her own adventure. But while it is providing one with an abundance of quests and activities, it also ensures that they are all both captivating and intriguing. And it doesn’t matter if you are attempting to solve a murder, uncover the truth, save the world, or are on a quest to fetch some supplies, because each and every mission in Elex leads to something bigger, and better. And the realisation of that fact, is Elex’s key to success, as without it, it would be another drab RPG, just like Fallout 4.

Elex, just like the aforementioned Fallout 4, takes place within a post-apocalyptic world, where remnants of the human society, are fighting for survival. But Fallout 4, is a set within a stereotypical setting, where time has stopped the second the mass exodus has happened, whereas as the world of Elex showcases the brilliance of human existence, and the never-ending strive for excellence. As within the world of Elex you’ll find both the remnants of the days of old, in form of deteriorating 21st century buildings and vehicles, as well as the monuments risen by the second coming of the human race. And while on your adventures you’ll stumble across wooden huts with tar and straw roofs, futuristic, steel-clad establishments built by the Clerics and Albs, and a plethora of caves and ruins occupied by all kinds of monsters and Outlaws.

Ultimately, Elex is what an RPG should be. A massive, open RPG, set within a vibrant and living world – full of quests, missions, objectives, and other miscellaneous tasks. A title which allows one to truly roleplay the way in which he/she truly wants. Within no restrictions, or limitations set either by the narrative, or invisible walls. And this what makes Elex a 10/10 title. However, Elex has also been created by Piranha Bytes, and it bares all its trademarked, and infamous flaws and shortcomings, which unfortunately hamper the overall experience.

Elex just like Risen, and Gothic before it – is low-to-medium budget RPG. Meaning that it lacks the polish, and expertise which the colossi of the genre bare. And this is visible right from the very beginning, as visually the title in question is fair few years behind the competition. And the minute the introductory cut scene ends, player is hit with handful of low-quality textures, digital artifacting, object clipping, and borderline comical animations. 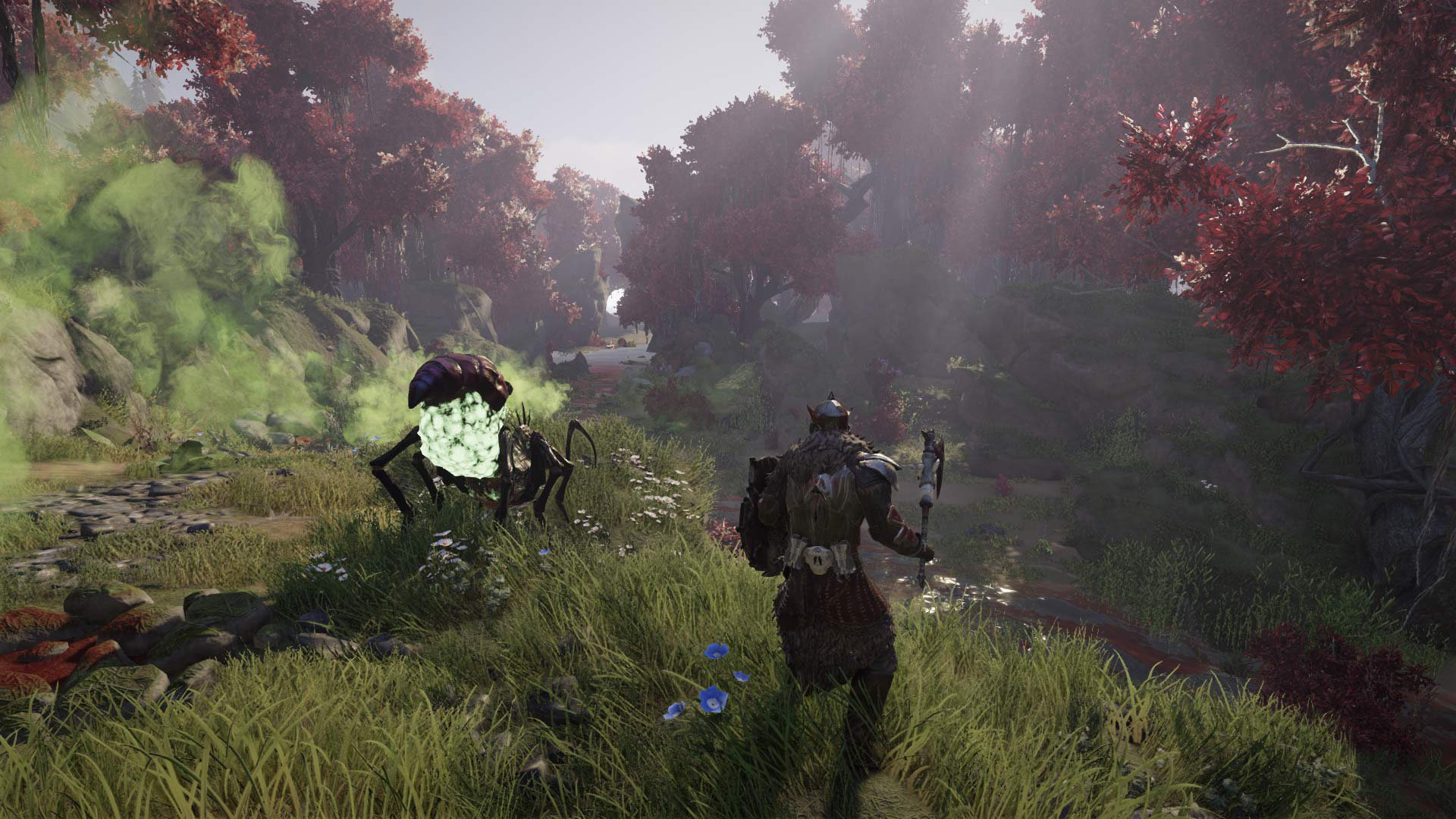 During the introduction, the main protagonist’s armour is riddled with overly large, out-of-place pixels, and his helmet, which he throws on the ground after his plane crashes, clips partially through the floor. However, the helmet clipping through the ground is not as significant as the plane itself being partially imbedded into a rock. In-fact, there is so much going on, right after one presses starts, that there is simply not enough time in the day to list it all. But if had to select the most jarring flaw, out of all of them, I’d have to refer you to the animation of the plane crash – as it is missing so many frames, it resembles a stop motion video, rather than a full-motion animation.

The visual flaws, and imperfections are not just limited to the introduction as throughout, all NPC’s who carry swords, or other one-handed weapons, end up with them being imbedded in their arms, as during cut scenes the handles of their weapons clip right through them. And to some, such digital gremlins may simply be too much, but those who favour the RPG genre, or have ever enjoyed Piranha Bytes’ product, will surely overlook an object clipping here or there, because they’ve simply seen it all before – countless times.

If I could apply my bias to the Piranha Bytes titles, to this review, I would without a doubt give it an 8, or even 9 out of 10. However, as successful as Elex is within the fields relevant to the RPG genre, its technical and visual shortcomings simply cannot be overlooked, ‘’in the year of our Lord’’ 2017. Also, it has to be underlined, that even though it features a plethora of modern additions, it is still an old school RPG. And map markers, and flashy combat manoeuvres, will not change the fact that Elex, will simply overwhelm an average, weekend gamer. But if you are looking for a challenge, or an excellent RPG, then I can recommend you Elex with a clear conscience. As you are getting a lot of high quality content, for just £30.