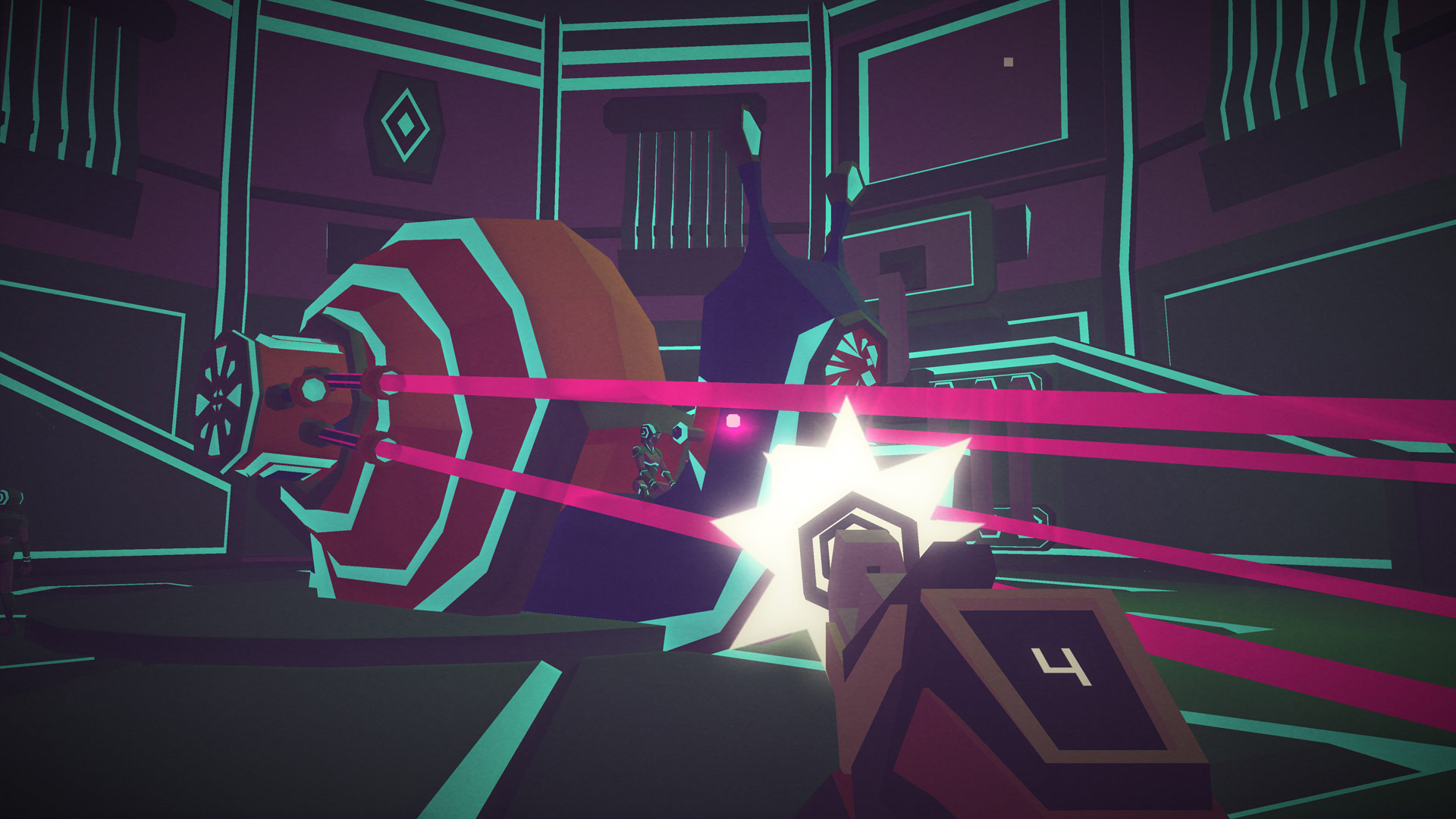 Good things come to those who wait is something we’ve all heard time after time in the years that have fallen behind. When we’re children, teenagers, even adults, we’re instructed to be patient and what comes next will be awesome. Even Shigeru Miyamoto, dark wizard of Nintendo, is quoted as saying, “A delayed game is eventually good. A bad game is bad forever.” So when I thought Morphite was supposed to drop on the Switch months ago and it didn’t arrive, I thought waiting would serve me well. And now, after a truly turbulent month for NIntendo, Morphite has finally manifested.

For those who don’t know, Morphite is a self-described “casual FPS,” that puts you in the shoes of Myrah, a woman who’s spent her whole life on a space station and is certainly isolated, but not alone.Her father is also the ship’s /chief scientist, who gives her missions and advice, and she is joined early on by KitKat, a robotic cat who acts as a guide and comic relief. Sent to research different planets to analyze flora and fauna, Myrah soon discovers the possible presence of Morphite, a fabled and supposedly lost compound. Morphite is rumored to be incredibly powerful and useful in numerous applications, and thus why it’s loss to the world turned it into a thing of legend. Despite some skepticism from dad, Myrah continues to explore and discover while also keeping eyes and ears open for Morphite.

The story, while hardly groundbreaking, is still presented and opened in a fun and interesting way. The characters all have their own voices which fluctuate between spot on and hammy, depending on the situation. I sometimes felt that Myrah was a little too enthusiastic for missions to far corners of the galaxy alone except for a snarky feline bot, but that’s my own misgivings. I did like how the presence of Morphite does slowly get confirmed in the eyes of both Myrah and her father, and how they are clearly not the only ones who both know and seek the compound. 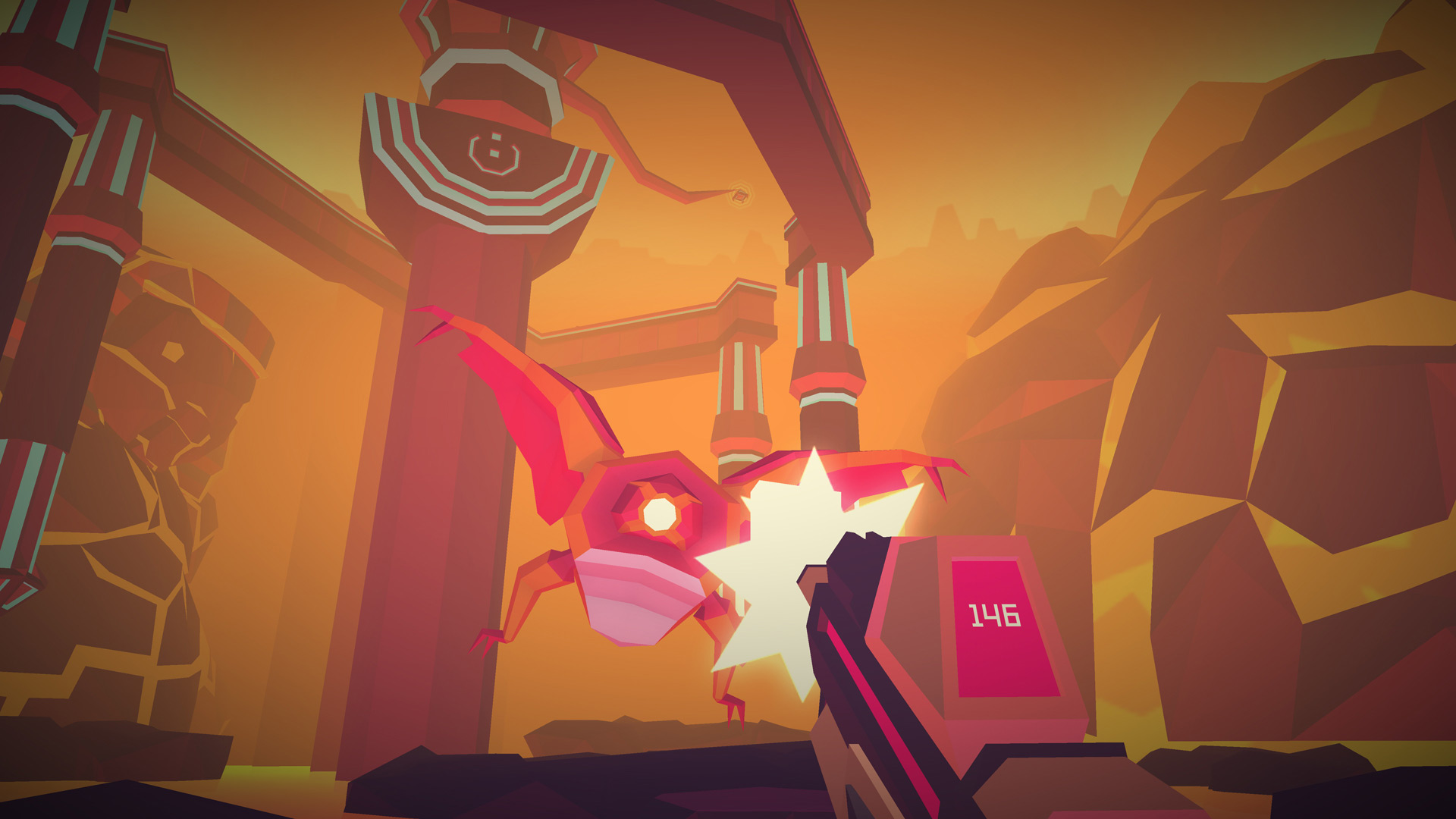 Morphite plays in the same way as No Man’s Sky: you travel to procedurally generated planets, rife with different plants and animals, and you won’t find the same pathway twice. Before you run screaming for the hills, Morphite definitely handles things significantly better than NMS ever did. For one, this is a small title from a small team that’s only piggybacking on the name recognition: they’re looking to create a fun experience, not reshape the world. And, indeed, if you come at the game in the right angle, Morphite is shockingly relaxing in the open ended nature of the game.

Besides being equipped with a scanner to pick up different items and creatures, you also have a blaster which acts as both an offensive weapon and a general “trigger” for some toggles and events. I didn’t really care for the blaster mechanics at first, but gradually got more used to them. Morphite isn’t focused on a lot of combat, instead using it as a stepping stone to help the player better explore and get to know where they’re going. Locking onto enemies is fine when there’s only one, but having multiple hostiles can quickly make the shooting confusing. This is a case where, if you have enough room to move, you’ll rarely run into a creature that is both angry and fast enough to make your day worse. The locking on, in fact, is the only way to really scan most things, and you do get into the scanning groove pretty fast.

In fact, it’s weird for Morphite to be labeled as an FPS, given how little shooting I did in comparison to other elements. Don’t get me wrong, there’s several sequences where you end up actually needing to run and gun like crazy, but that’s far from the majority. I think it would be best to label Morphite as it truly is: a FPE, first person explorer. This is a game where you need to trim your expectations for combat immediately and not think you’ll be working your way up to DOOM levels of mayhem. Sure, things can be hectic at times, but most of it really feels quite relaxing, although the ship travel events were anything but. Moving between planets sometimes felt like Out There, with the danger of running into hostile ships and dying before I could get back home being quite present. I was never good at Star Wars: Tie Fighter or any other aero shooters, so needing to do combat in space was always a loss for me, and usually a death. 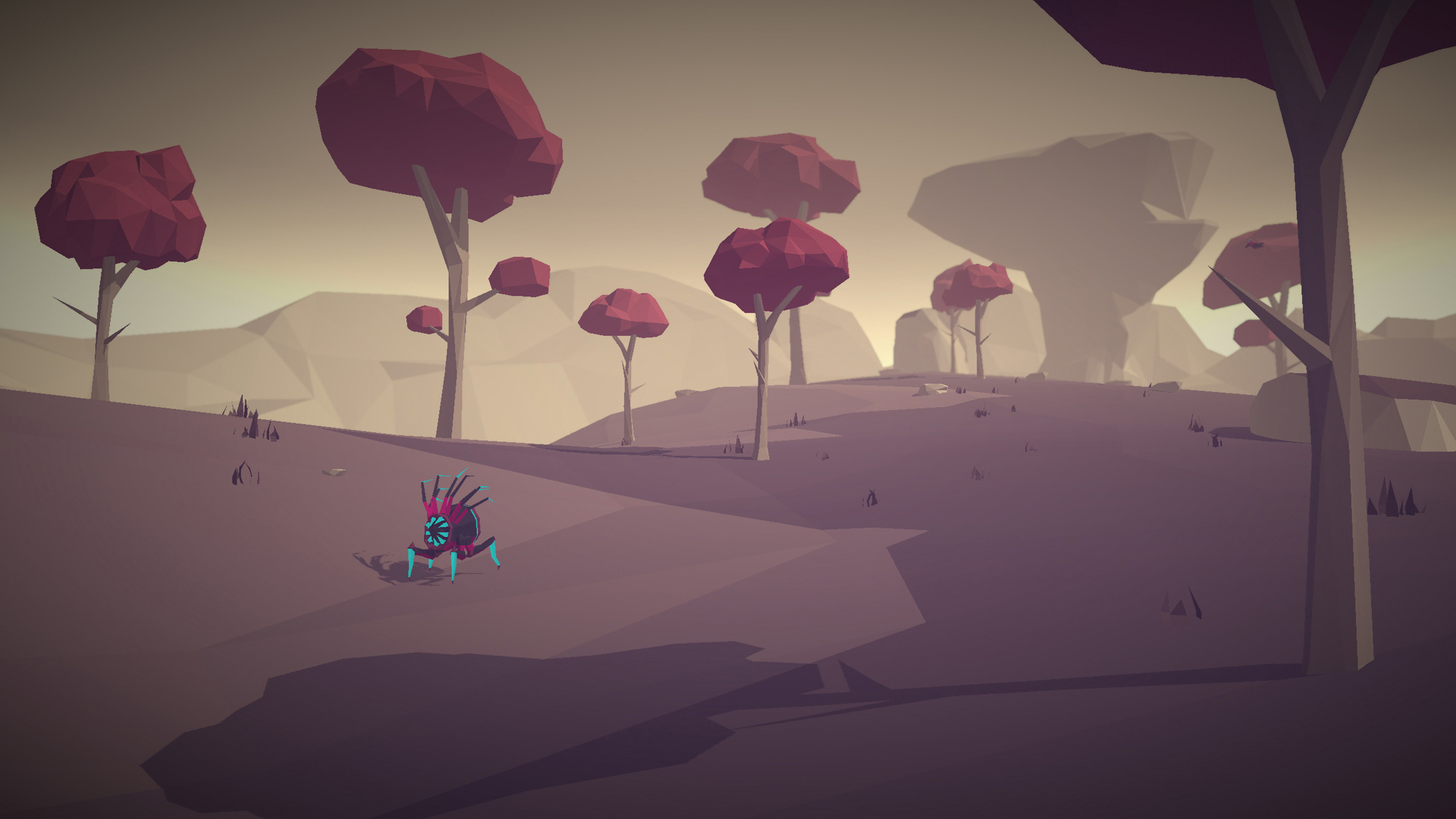 The graphics, done in a low poly style, work incredibly well for the way that Morphite is trying to portray itself. After the initial unsettling moment when you realize that Myrah has no goddamn face, you get over it and learn to appreciate the design and structure of the planets, people and denizens therein. The purpose of the lower graphics is to add to that further “alien” feeling, and also does a surprisingly interesting job of putting you further into the future. We honestly don’t know what humanity could look like once we take forever to the stars, so the shapeless, yet angular, presentation suits things just fine. Even still, when I see a frog, I know it’s a frog and not a hopping hexagon, so I appreciate the development team knowing when to pump the brakes and add some detail.

Lastly, Morphite is a massive game in terms of time and content. Far from being something that’s fluffed up on player decisions alone, the main storyline and the natural progression of planet exploration and secret uncovering took several hours, and I feel like this required more input and focus than most other games I’ve played on the Switch. So you really got to decide if this is the vessel you want to charter. I do hope that the devs decide to put out a short demo eventually, because I can see people being upset when it’s less “shoot” and more “scan.” Still, anyone who reads the synopsis is going to get a fair idea of what they’re in for.

Morphite can easily become someone’s go to game when it’s time to kick back, relax and do something that feels more rewarding and progressive than a simple puzzle game. With an engaging universe, good storyline concepts and intriguing art, this will grab and hold the attention of those looking for a long investment into an indie game that doesn’t ask much in return. Simply look to the stars, explore the galaxies and find out the meaning of life. No biggie.