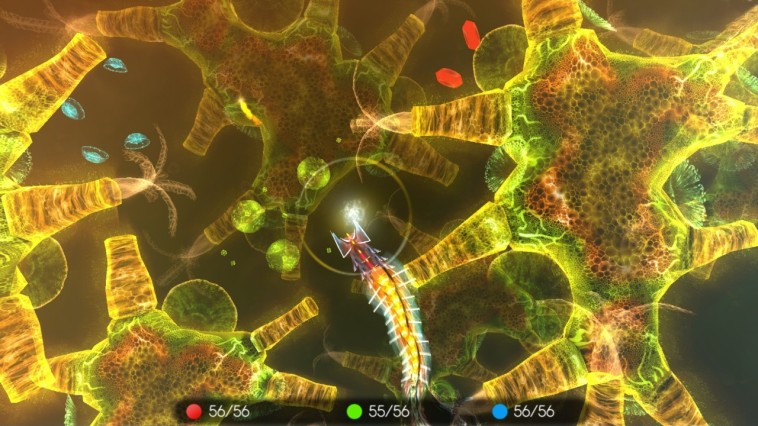 Coincidence is a terrible machine sometimes. Wearing the same dress as someone to an event. Buying the same present for a child’s birthday as another family member. Dying the same day as JFK so no one remembers you. And, unfortunately, having a similarly named game that people might get confused with another title. This is bad enough when it happens on Steam, but, on the Nintendo Switch, it’s just an outright shame.

Sparkle 2: Evo (no relation) is a weird little game that mixes evolution and Snake together into a single package. You assume the role of a microbial organism whose job is to eat other, tiny microbes and get bigger. Along the way, you become a more complex and detailed creature, changing in your abilities and appearance based on the composition of your diet (read: which of your neighbors you eat). There is, technically, an end game, but the main purpose is to basically experiment and have fun with different evolutionary ideas. 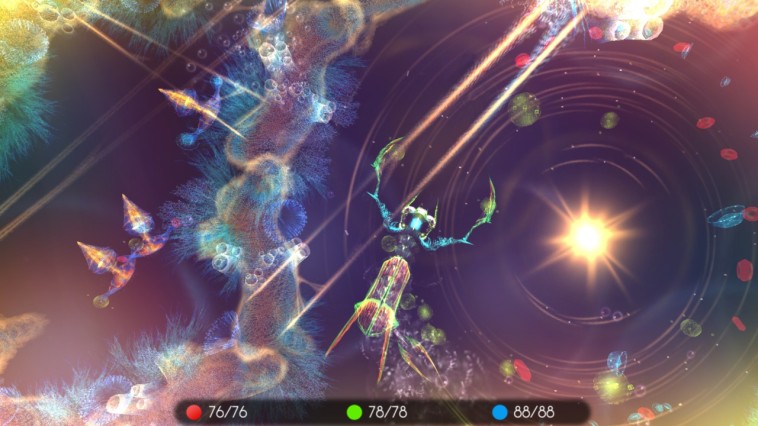 To its credit, Sparkle 2: Evo does a lot to bring in players on the Switch who’ve never played before on another console. There are button and touch screen controls, and the tutorial does a good job of outlining what you can and cannot do. There’s a competitive mode to add more incentive to play regularly, so that you can become the biggest, baddest organism in the primordial ooze. And the game itself handles well, as you never stop swimming but gradually become better and worse at turning (depending on evolution). After getting over the initial shock of “eat till you win,” I got accustomed to the game pretty quickly, and I gotta say that it is relaxing in a sense.

For one, the AI is pretty incompetent. There’s supposedly a competition going on between you and the CPU where they’re trying to eat and grow faster than you, but I never really felt like they were doing a good job. Sure, I saw them moving at the same speed as me, eating the same things and growing bigger, but I must have been some kind of natural selection monster because I grew and blew past them every time, often finishing with my score being a minimum of twice as high as they were when it ended. So, there’s not really a worry about losing until you get to a certain boss fight that I won’t go into detail about because that’s a surprise for when you get there.

Additionally, Sparkle 2: Evo has a lot of cool design and graphical appeal. Everything has a beautiful, effervescent effect to it, like you’re viewing the game through a massive microscope and the whole slide has been treated with radioactive dye. Your creature can dive up and down through different layers of the world, finding pockets of food and creatures that the AI hasn’t yet discovered and gorging yourself in no time flat. And evolution does come with some cool abilities that get unlocked, like triggering a “sprint” which smashes you into delicious new items in no time flat. 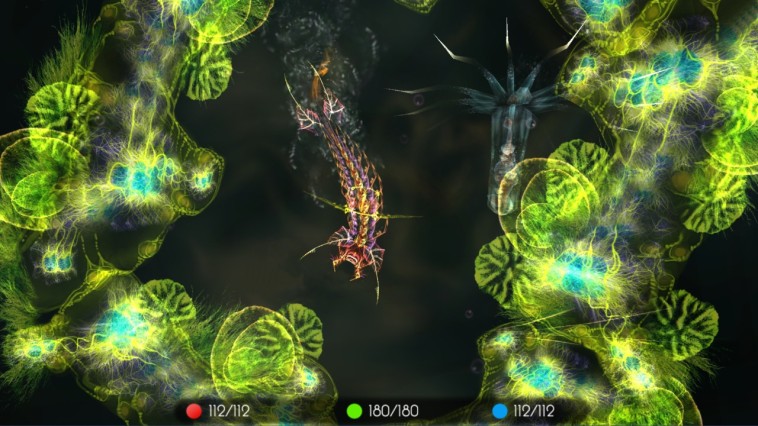 However, the design does also sometimes make for confusion. You’re supposed to follow a radar ping whenever there’s something new on your level to consume, but it’s not always clear if that is directly in your path or if you need to navigate around rocks to get to it. Moreover, those rocks can sometimes be superimposed shadows from the level below, so you think you CAN’T swim through something, but you actually can, and then the reverse happens as well. The real frustration happens when there’s a microbe that spawns inside of a rock that you flat out cannot get to, no matter how evolved you are. There’s nothing that can be done, it just sits there and you gotta swim off to find something else. This never happened to a capacity where I couldn’t keep playing, but it was annoying nonetheless.

Still, Sparkle 2: Evo accomplishes what it sets out to do, which is create a mostly relaxing experience that centers around swimming, eating and enjoying the ambient atmosphere. I think the lower difficulty of the AI adds to the relaxation, but it could easily be a turnoff to players looking for a stronger challenge. I didn’t particularly care for the whole game, but I did like the music and I really enjoyed the presentation. It’s like when you receive a strange snack that a friend brings back from another country. You’re gracious, you eat it, and it’s certainly interesting, but I doubt you’ll be flying to Asia specifically to try that sweet again. So, while I acknowledge that there are sequels to Sparkle and there could be a market for them, I would hesitate about trying this particular round of events again. If you want something to keep your hands busy but detest any kind of puzzle games that require serious investment, you might have a fun, and potentially repeat, good time with Sparkle 2: Evo.