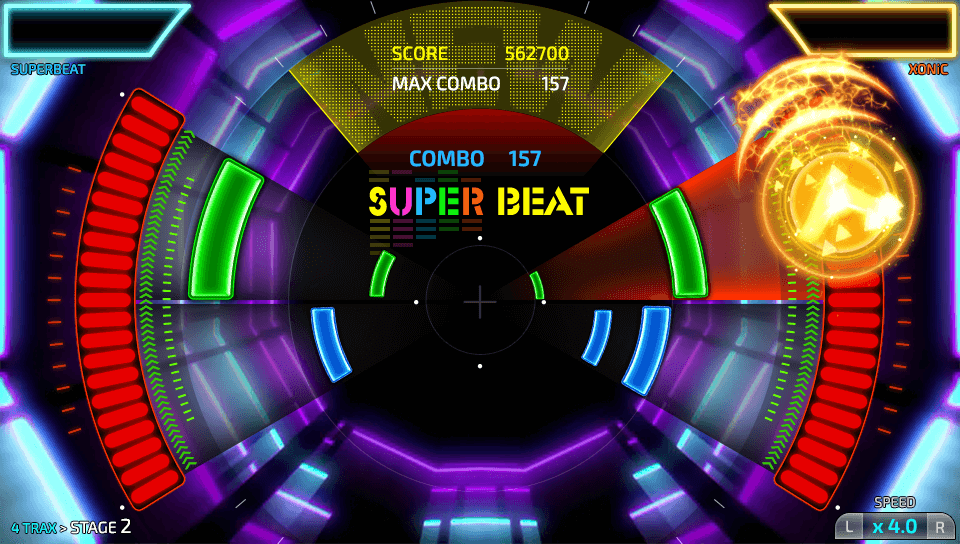 Many moons ago, a wonderful, terrible fad worked its way across oceans and land, bringing a whole new idea to the shores of my village, and, with it, a relentless pursuit. To be both nimble and graceful while playing a video game, something people had never fathomed before. That beast was called Dance Dance Revolution, and I have some of my fondest memories playing and succeeding at the majesty of the rhythm game that I controlled with my feet. The genre has evolved far and wide since those innocent days, and the Switch is far from a stranger to the game. But, now, Superbeat Xonic has come to test the patience, dexterity, and utter funkiness of all who look to groove through buttons.

Superbeat Xonic, which comes to us from Nurijoy (formerly Pentavision), is a dynamic rhythm game that plays out through matching light locations on the screen with mapped buttons on your controller. Despite being released on other systems previously, the layout lends itself to the Nintendo Switch quite nicely, especially to the JoyCons. Please note that it is technically possible to play with other controllers, but I don’t own a Pro Controller to absolutely confirm this and my attempts with the FC30-Pro were utterly disastrous. This is because Superbeat Xonic makes full use of the C buttons as well as the letter buttons, and even a bit of discrepancy leads to failure. I know some people refuse to play games if they can’t use their precious Pro Controller. Don’t be a hero. Use the JoyCons. 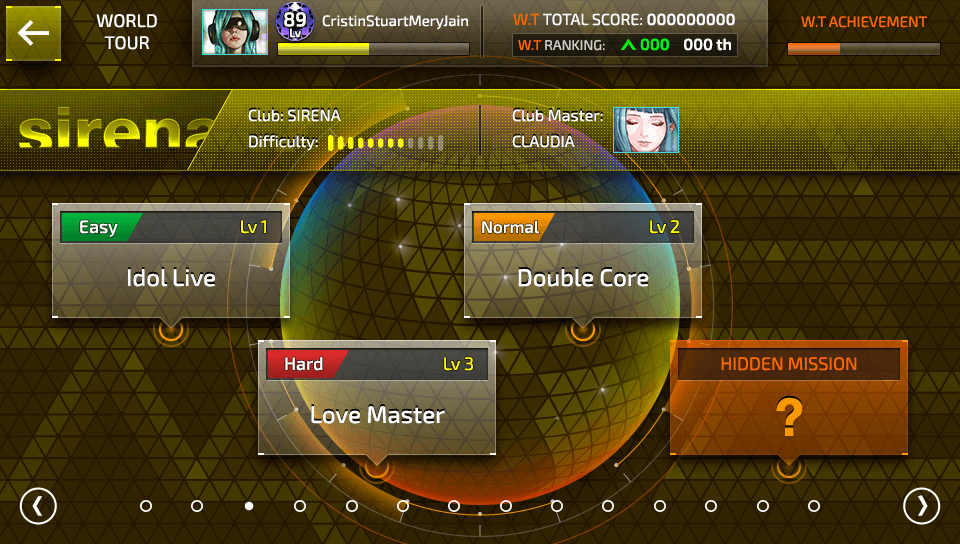 Having established all that, I do love the natural feeling of Superbeat Xonic. Far from coming across like I was needing to shoehorn in justification on how the buttons correlated with the beat, everything from the visuals to the musical selection itself made good on the layout of the Switch. At least, for the easier difficulty. This is something that I’ve always had a bit of an issue with regarding rhythm games. At first, for many, there is a natural intuition to move your fingers, feet, hands, whatever in time with the music. It lends itself to the idea of actually taking part in the music instead of merely observing it. For a good rhythm game, you end up somewhere between dancing and conducting, and I definitely feel that Superbeat Xonic accomplishes that with the lower difficulty, even with some of the more difficult songs.

But, once you evolve to the six track, the transition sharply moves from “grooving” to “memorization,” It’s abundantly clear (and many rhythm game vets will attest) that it becomes a challenge of how long your muscle memory can retain a sequence and then execute it, because you simply stop thinking about the notes after a while. Superbeat Xonic presents an incredibly ample challenge based on the very layout of what it seeks to accomplish. That is, with only four notes, you have wiggle room as to which button you want to hit for the “top” note, and so your hands have a bit more freeform in matching the notes. However, for six track, you are keenly aware of how close the buttons are, and how you absolutely cannot afford to look down and double check where your hands are. Glancing costs valuable half seconds where you can miss multiple notes. In the end, the spoils of victory go to someone who can affix their palms in one place, have good reach for the entirety of the JoyCon, and never, ever move. 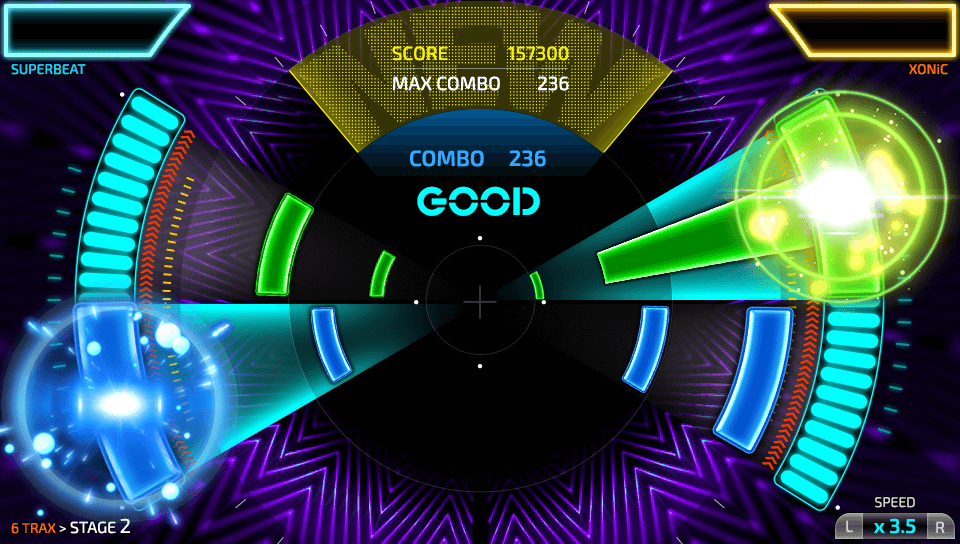 The musical selection should be the most important thing for players to focus on, and holy crap was I blown away. With close to sixty songs, Superbeat Xonic has a bit of something for everyone, be it pop, hip hop, dance, R&B or even some classic techno. Keeping in mind that the developers are from South Korea, you’ll find many of the artists aren’t necessarily known in the West, but we felt that same way about SMiLE.dk and Captain Jack back in the day, so you’re gonna find something you love on here. Some of the tracks don’t necessarily feel like they belong in a fast paced game like this (Love is Real was an odd one), but that doesn’t mean it shouldn’t be here. You’ll quickly zero in on a favorite track and do you best to S++ the score. Interstellar is my jam.

And, of course, there are online leaderboards and competitive goals. You can unlock different DJ avatars, but most people are going to angle for showing off their skills online. I can’t tell yet if Superbeat Xonic is using a separate leaderboard for the other console releases and letting the Switch users sit in their own queue, but I kind of hope so. PS Vita users will have had over two years of practice by the time this launches on the Switch, and I’d hate for players to get discouraged.

This is hardly the first entry of music onto the Switch. Thumper, VOEZ, even Dark Witch Music Episode has brought their own flavor, but Superbeat Xonic stands as an important entry onto Nintendo’s newest machine. This is yet another niche title that is planting its flag firmly onto Nintendo’s soil, helping to guide and bring others on over. Superbeat Xonic is legitimate in both its difficulty and the acceptance by fans in the rhythm game community. While this may not be for everyone, it cannot be stressed enough that this helps broaden and welcome even more people onto the concept of bringing their games to a brand new generation of users. I can’t promise that I’ll ever be agile enough to fully appreciate Superbeat Xonic the way it should be, but dammit can I admire those who are.