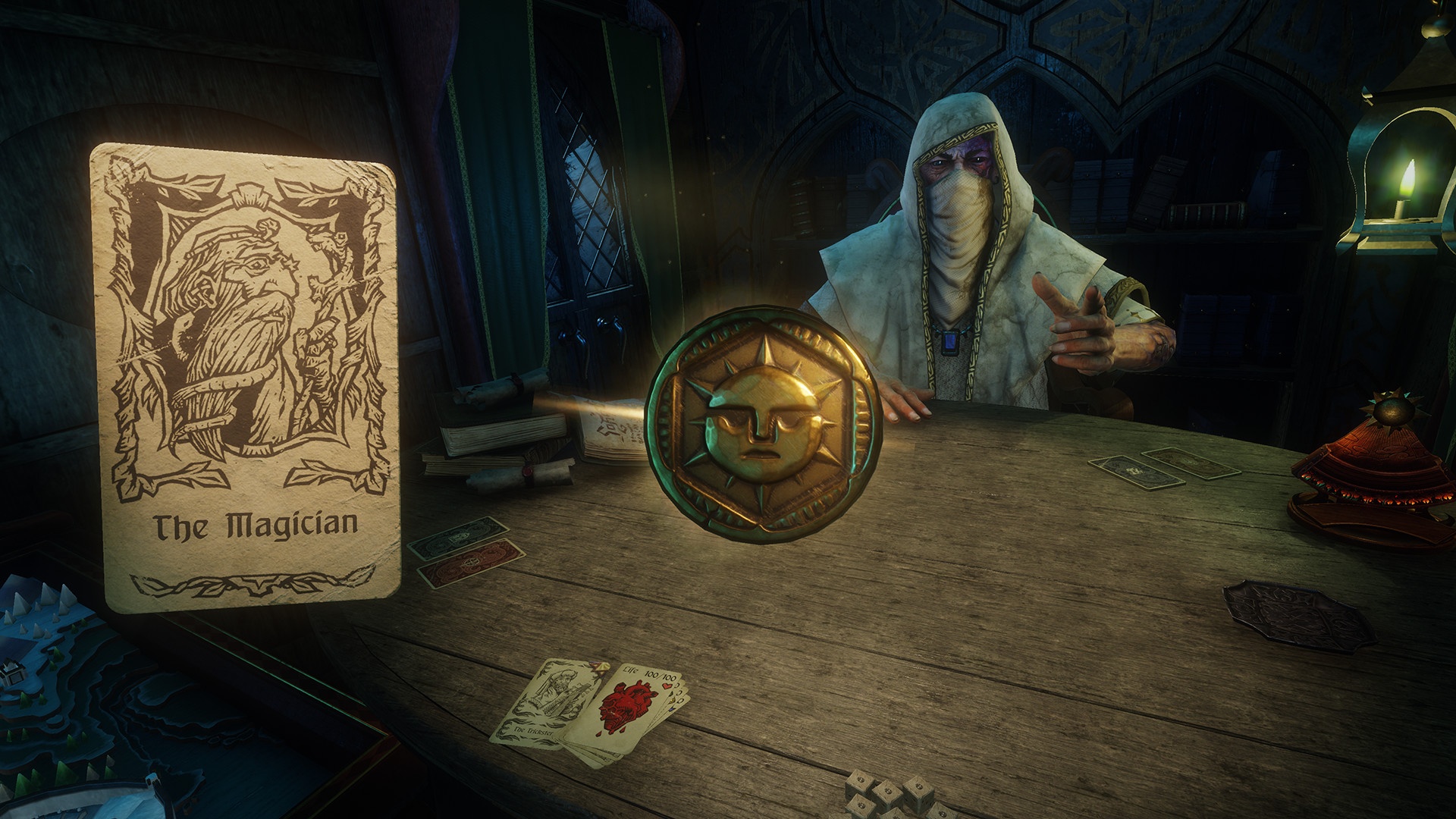 Not so long ago, rogue-likes were the biggest trend of the indie scene. As every developer and his/her mate, wanted to make a title as successful as The Binding of Isaac, and Spelunky, without having to spend years on an expansive script, as rogue-likes, allow developers to skip the vast majority of the narrative and scene setting, as they’re all about dying and restarting from scratch. However, certain titles, such as 2015’s Hand of Fate, presented a player with rogue-like setting which was much more profound than anything that came before it. As instead of resetting the player character upon every death, it has reset his equipment, abilities, and inventory upon the beginning of every stage. And that’s because that particular title used its narrative to enforce the rogue-like features instead of player character’s demise.

Hand of Fate, despite of its best attempts to expand upon the rogue-like formula, had its flaws. And once the developer behind the title, Defiant Development, announced that the Hand of Fate, will be receiving a direct sequel, many have hoped that such will be a bigger and better version of the original, at least in theory. As in practice, the sequel to Hand of Fate, simply titled Hand of Fate 2, while being significantly bigger than its predecessor, it not necessarily better, as the vast majority of the core issues, has been translated one-to-one, into the recently released sequel. But despite of its flaws, Hand of Fate 2, is much more successful and enjoyable experience than the original, but not necessarily one that feels complete. 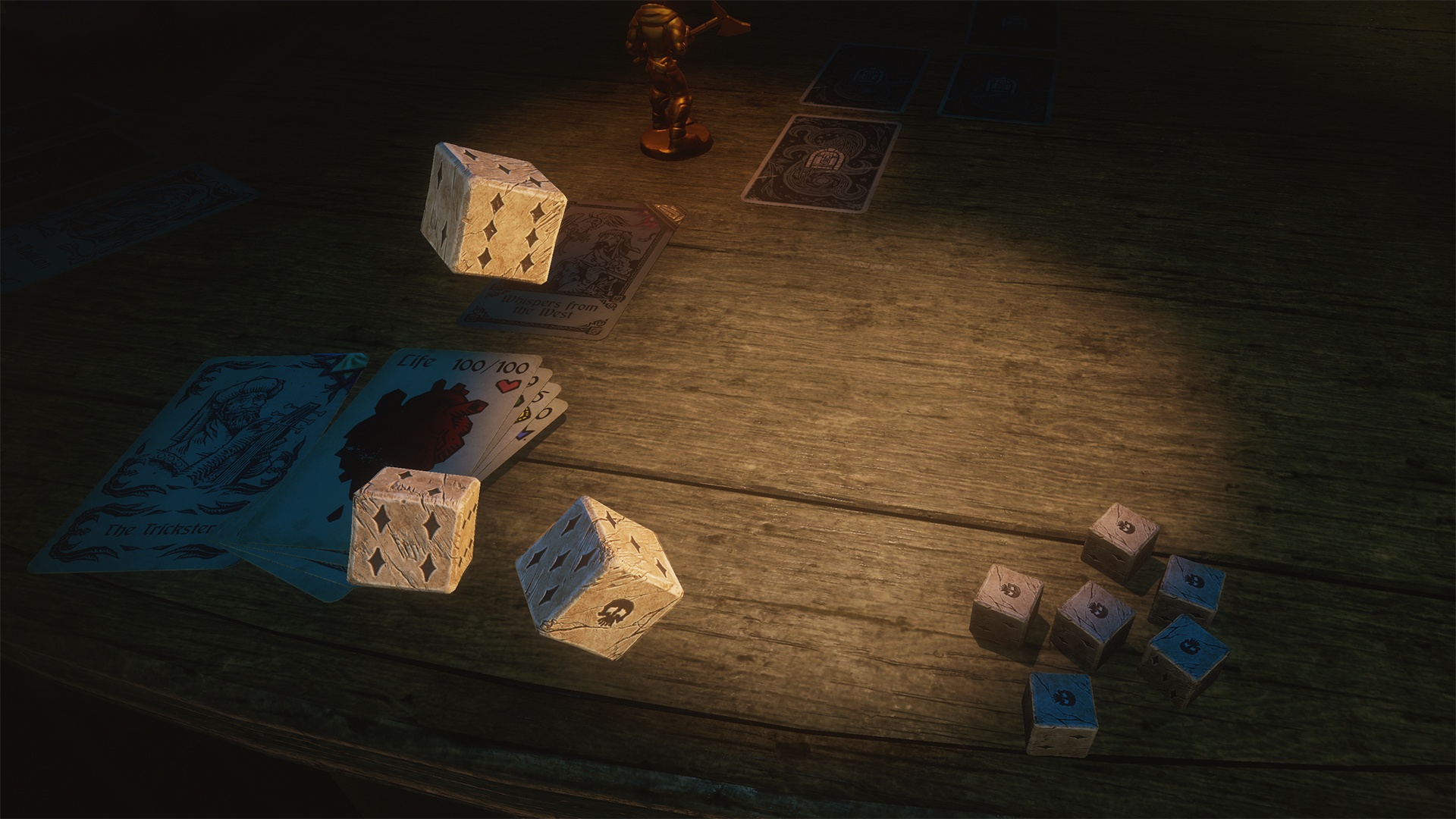 Hand of Fate 2, just like any other game, welcome’s one with a title screen and a main menu, which displays story mode, and endless mode. However, as of today (8th of November, 20170), the latter mode is still unavailable, and is set to come soon – according to the message located right next to the mode. And while such state of affairs is rather disappointing, it does inspire one with hope, that at least in the foreseeable future, Hand of Fate 2, will receive a plethora of new additions, including the mode itself. And considering the nature of the endless mode, it will certainly require additional cards, as by the time one reaches the final credits of the story mode. He/she would have used every weapon, worn every piece of armour, and most likely, have experienced each and every encounter.

The story mode of the title in question is incredibly atmospheric, and intriguing due to its visual faced, and the overall tone of the narrative. And while it is not as grim and overwhelming as the Darkest Dungeon, it is still a title to behold, as it feels like an American McGee game, but perhaps slightly less eccentric, and colourful. However, unlike titles such as Alice Madness Returns, Hand of Fate 2, is a much more personal experience, as everything can be modified to one’s liking – within reason.

In game, one can select everything from the protagonist’s sex, appearance, and clothing, all the way down the available weapons, encounters, and most importantly companions, as unlike the its predecessor, Hand of Fate 2 has introduced companions which aid you during battle, and exploration. And while they’re all AI controlled, and cannot be guided with player’s hand, they do offer buffs and bonuses, which can be activated at one’s will with the use of L1 button. However, while having a companion at one’s side may be inspiring, it is not entirely beneficial, as for the most part, all in-game companions are just another part of the scenery, as they do very little in actual combat. 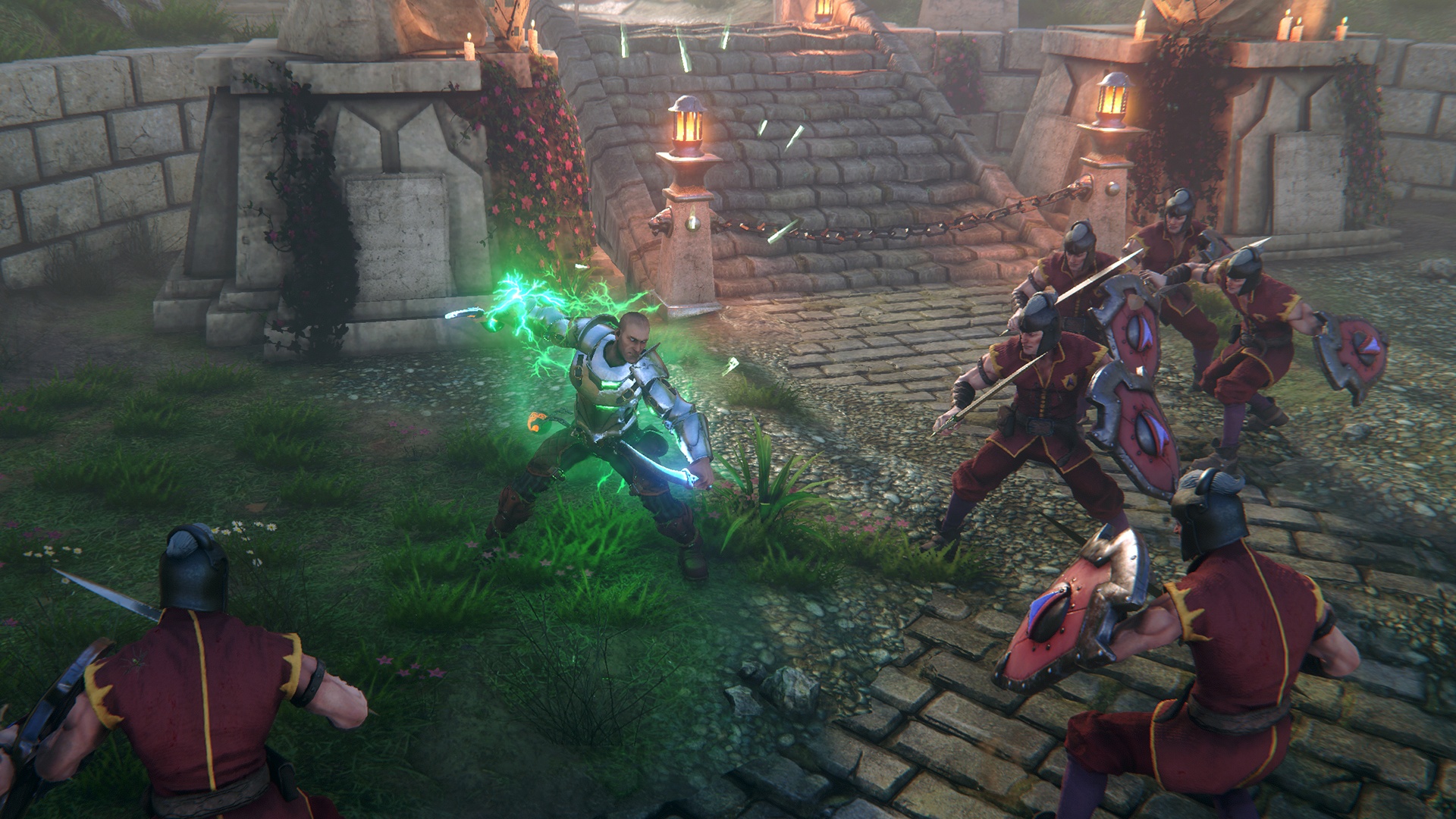 Once one comes to the realisation that all in-game companions are just as helpful as the AI of the early Uncharted titles, he/she will instantly stop caring whether or not the companion makes it through the encounter. But before one comes to such realisation, he/she will most likely not be bothered by it, as it is difficult to think clearly while being enraged due to the titles rather infuriating RNG, which is seemingly only there to annoy the player, and not to enrich the experience. As at times, it feels like the game does everything it can simply to impede the player’s progress. And do not be surprised if you end up having to face three blizzards in a row, which for some unknown reason no longer deal 5 damage points per card, but 15. And leave you with 10 health points, or less just before the stage’s final boss fight.

Mindboggling RNG is not the only downside of the title, because just like its predecessor, Hand of Fate 2’s combat is rather underwhelming. And while it does everything it can to match the thrill of the titles such as Arkham Knight, it’s unresponsive nature, and lack of any profound crunch or feedback, turns the title’s combat into a chore. And in all honesty, at times, where one has to face more than five enemies, I would much rather prefer to roll a dice, than have to pray to the gaming gods that this time my dodge or block will work in time, to avoid the incoming damage.

Hand of Fate 2, despite of all the effort which has been injected into it by the developer, is still riddled with flaws, and imperfections. However, despite of the rather crude and unresponsive combat, and the soul destroying RNG factor, Hand of Fate 2, is probably the best Dungeons and Dragons game that you can get on modern consoles, as it offers one all the nuance the table top experience, without having to deal with the physical mess that otherwise comes with all board games of such type.