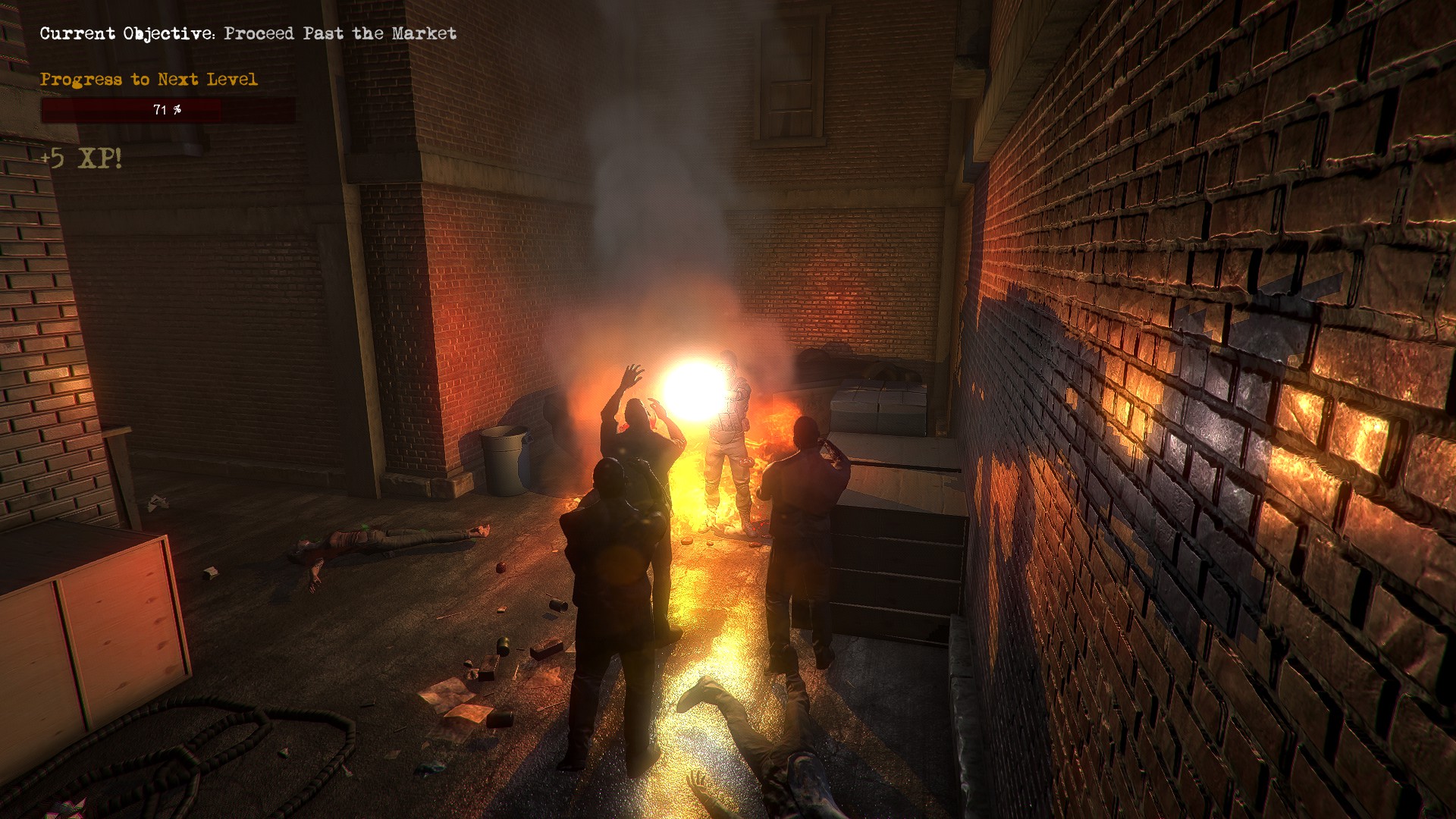 Outbreak: The New Nightmare is a Retro-inspired Survival Horror and Action title with strong Multiplayer appeal. Styled in ways heavily influenced by the classic Resident Evil and Silent Hill series, Outbreak feels like a love letter to the genre and those infamous roots. Once again, it’s a world ravaged by zombies and biowarfare, leaving players as scrambling survivors just trying to last through the night. But does Outbreak live up to those cherished Survival Horror origins, or falter in the hype?

Outbreak: The New Nightmare has a surprising amount of content, game modes, and nifty features for a release backed by a single Dev. I was most interested in the Multiplayer experience — it feels like Resident Evil 2, with friends, which is surely a slice of heaven — but the single player campaign is also worth a closer look. The narrative is similar to most Survival Horror plots: bad things have happened, the world has gone to hell in a handbasket, and survivors of various backgrounds and skill sets must struggle to outlast the zombie horde. 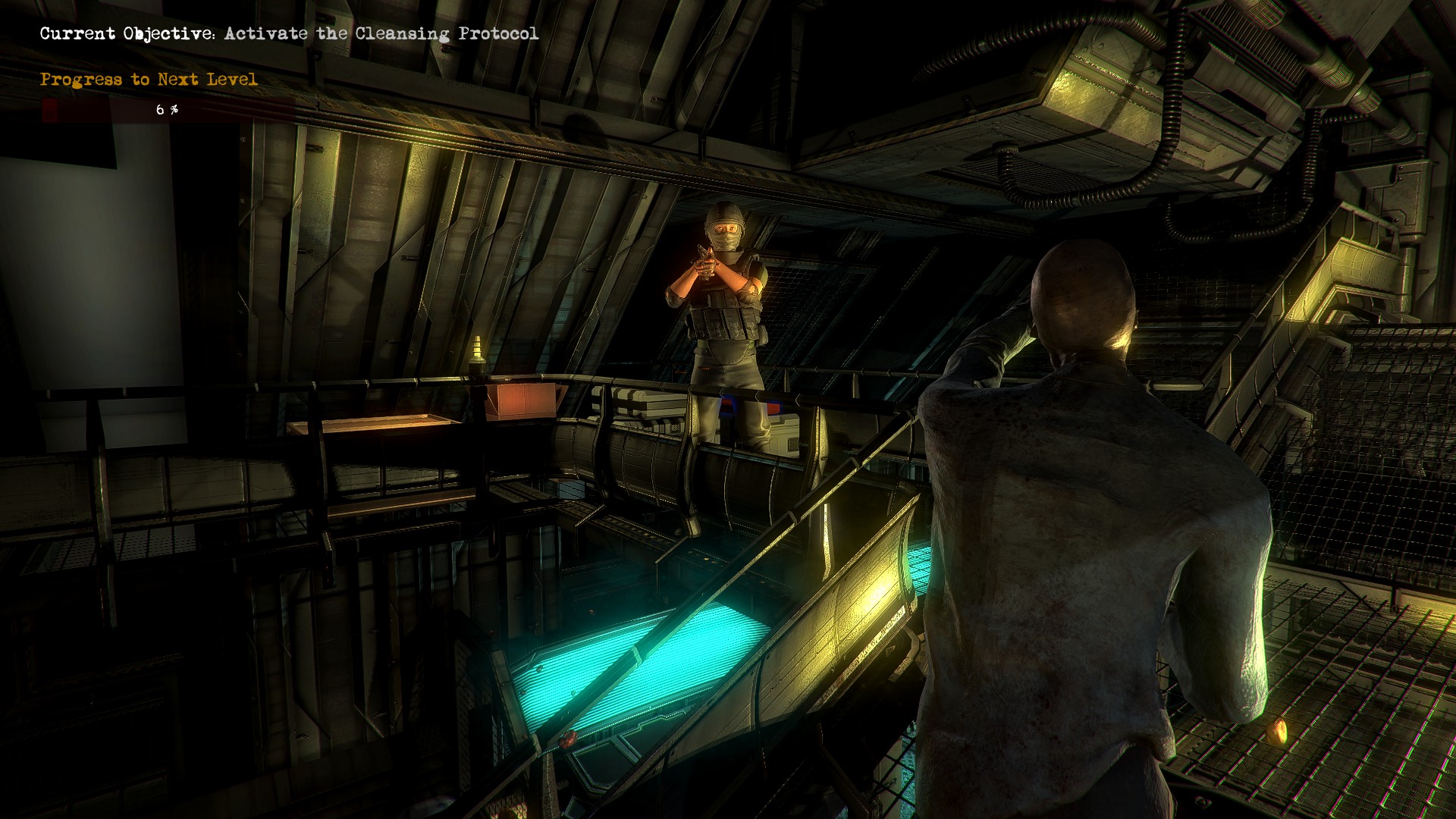 The game mechanics are an important talking point with Outbreak, considering that the interface, controls, and camera angles all harken back to the ‘90s era of gameplay rather than modern. Players can choose between either classic “tank controls” or standard directional movement, and Outbreak supports both keyboard/mouse and controller figuration. I, as always, favored the former choice but having play-tested with two friends using controllers I feel confident in saying that both have pros and cons but are equally viable. The trouble is that Outbreak’s stationary camera angles and character navigation suffer from the same stuttering and frustration as older titles. Some hallways and rooms are nearly impossible to navigate due to the perspective hopping around so much. It’s infuriating at first, but some practice goes a long way, plus a little patience. I know that the Retro style is intentional, but I still would have preferred a bit more polish in terms of visual dynamics.

The inventory system here is brutal. Whereas Resident Evil allowed for six slots, if I remember correctly, Outbreak is limited to a precious four (unless you choose the character with six as his bonus). This is extremely rough, especially when carrying keys is a requirement for progression. You can combine a weapon with ammo in your inventory, but you can’t empty-out bullets once they’re “used.” This meant we left behind a gun with one or two shots left in favor of a healing item, key, or different weapon numerous times, which is always unfortunate. Plus, having to operate a clunky inventory while in combat is always a surefire way to get killed, but again, practice and patience went a long way towards overcoming this dynamic. I would love to see the implementation of a dialog cue, sound, or even disappearing key feature when the item has been used up; several times we struggled to keep a key in our possession that was no longer needed for additional doors. And when you’re working with only four inventory slots each — and roughly 2-5 keys at a time — that space really counts.

My biggest complaint about Outbreak is that the game lends perfectly to the Multiplayer experience, and you can team-up with a party of up to four players to create a squad. However, the difficulty escalation to keep up with those additional bodies is poorly balanced. We had more zombies, plus the zombies hit harder and killed us that much faster, but the loot drops didn’t seem to increase. If they did, they did so far too limitedly for two, three, four players on the field. This made us have to play smarter instead of harder, which I’m a fan of – to a point. Stacking the odds against the players in a reasonable way is encouraged, but making the experience infuriating rather than fun is a no-go for me. That being said, once we broke away from the Campaign mode and into the other scenarios we had a lot more luck. Without the respawning zombies, we were able to stay ahead of the game and defeated Blackout on normal in only a few tries. 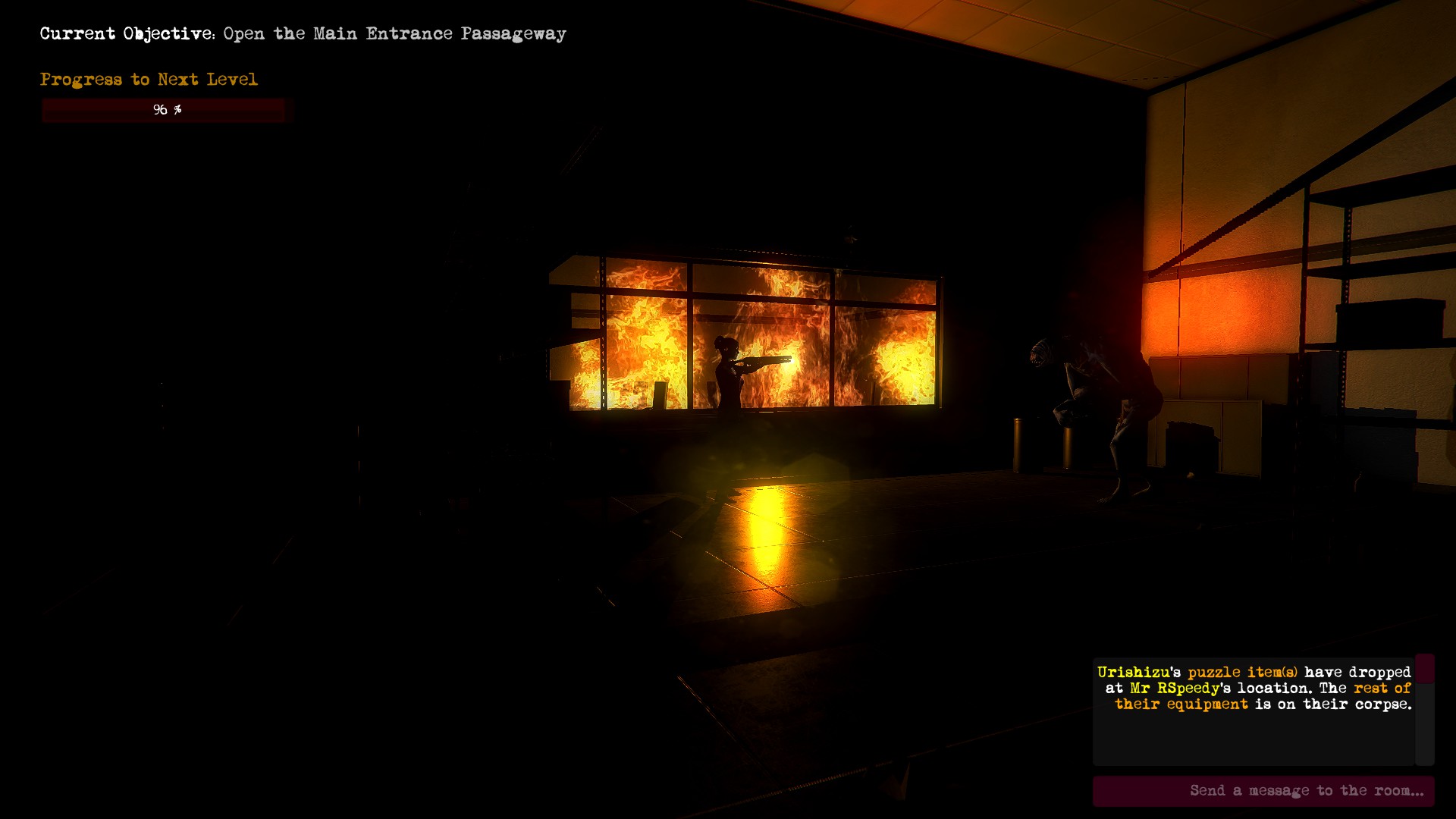 Outbreak: The New Nightmare delivers an exceptionally fun Multiplayer experience, despite some balance issues and camera struggles. The hardships created by a tiny inventory, key management, and respawning zombies aren’t insurmountable, though they do require finesse and practice. I love that there are numerous characters to choose from, each with their own skills – not to mention you can level them up individually, and use skill points to buy boosts and bonuses; these can be edited and swapped at any time, which is a fantastic system. The graphics and sounds are dated, but in a nostalgic, charming way; this title is a way to revisit Survival Horror yesteryear and to do it with a surprising amount of content.

Fans of the old Resident Evil franchise origins and the genre, in general, should give Outbreak: The New Nightmare a second look. The dated package and somewhat clunky mechanics might make it a better purchase on sale for most, but it’s certainly Wish List worthy.