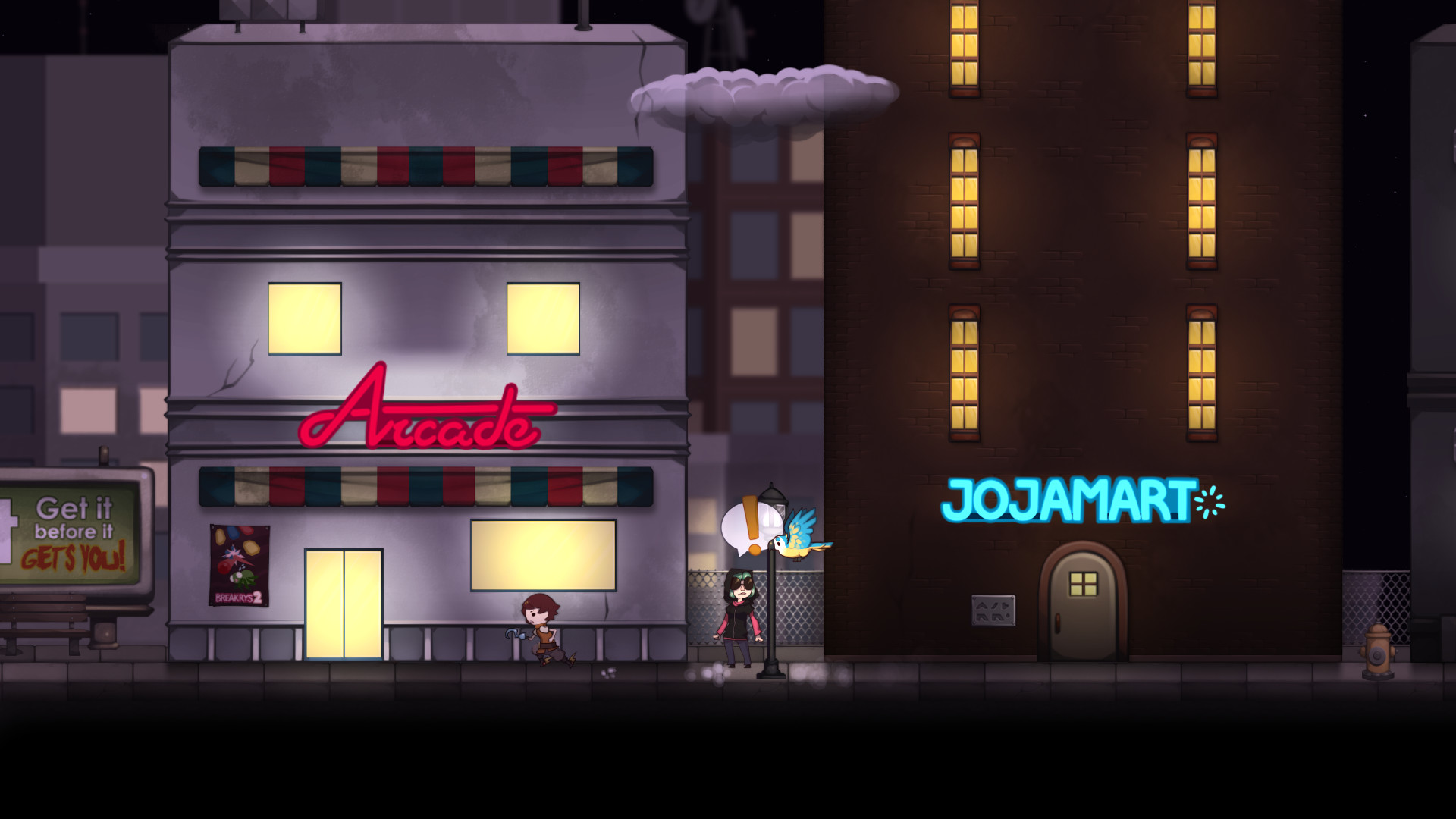 About 7 years ago, I played this little indie game that came out of nowhere for me, and, even though it was free, and remains free up until this day, I remember that it was one of my favorite indie games at that time. That game was Treasure Adventure Game, who is now receiving what you might call a remake of sorts, which features tons of improvements and additions over the original, in the form of Treasure Adventure World.

If you’ve never played the original, and I can’t really blame anyone for not playing it, this is an adventure platformer with some slight action but quite a fair amount of open-world puzzle solving. In truth, a lot of times it feels like a metroidvania, in the sense that you’ll be going back and forth between different areas in the game world, as you’ll unlock new items that allow you to access previously inaccessible areas.

The premise of the game resides on the fact that you’ve lost your memory, and after taking as a companion a seemingly friendly bird, you embark on an adventure to find 12 legendary treasures that are scattered throughout the world. Ultimately, this leads to you finding out more about your past, and it also serves as a stepping stone for the game’s narrative to unfold. There are several dialogues in the game, and these tend to have a nice flair of humor, but I find it to be a shame that the characters aren’t voice acted, there isn’t even any sort of sound effects whenever someone talks. With that said, the game’s story is nothing to write home about, but the game compensates in other areas. 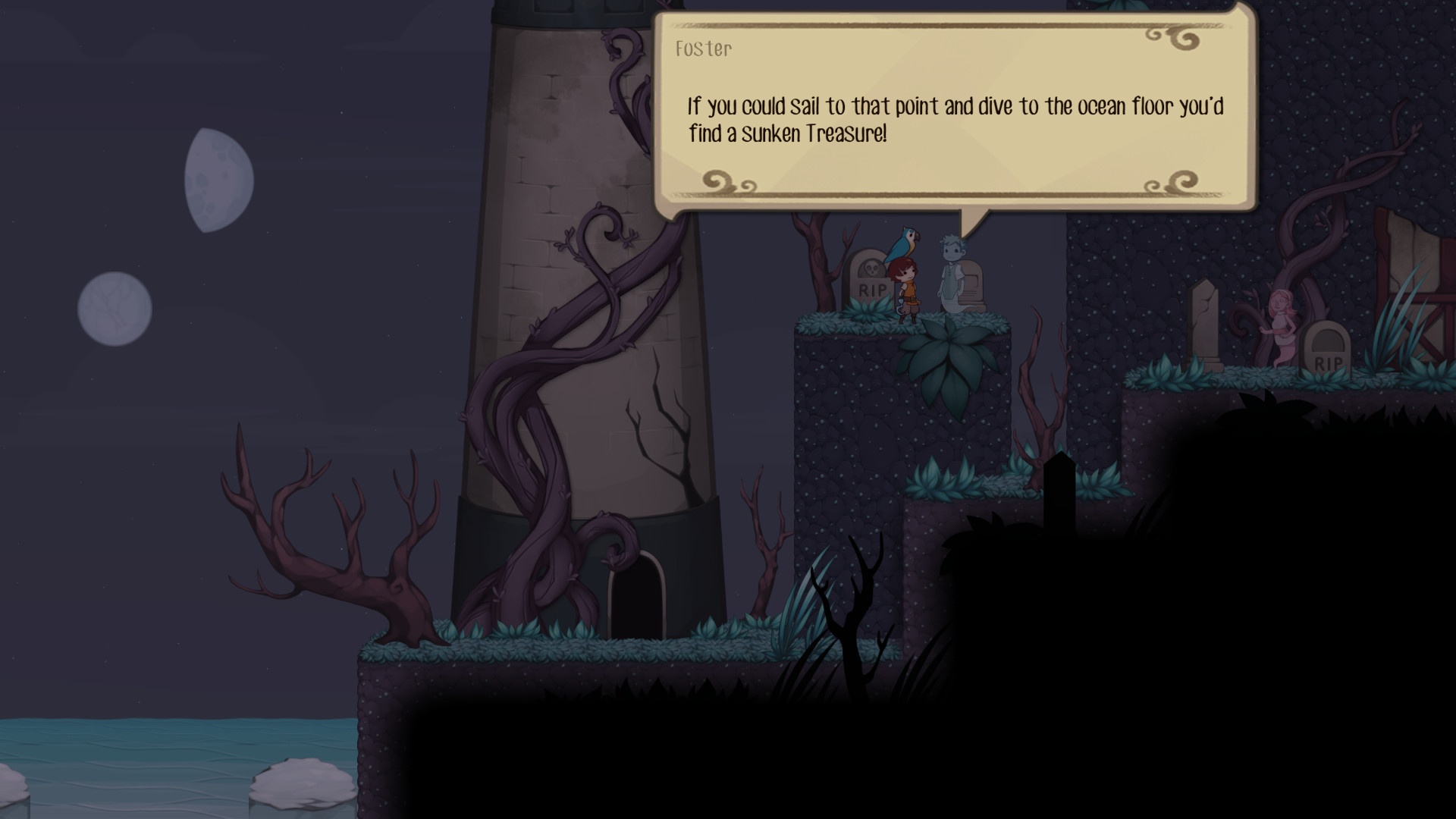 As a platformer, the game plays and feels extremely well. The game is filled with sections where you have to time your jumps properly, as well other areas where you have almost no margin of error to work with, which ultimately makes up for not only a satisfying platforming experience, but it can also be somewhat frustrating at times. Still, this is still a rather casual game at its core, if you’re expecting something on the levels of Super Meat Boy or 1001 spikes you’ll be disappointed.

The places where the game excels is where it combines both the platforming elements with puzzle solving, light combat, and the use of a multitude of skills and items that you acquire along your journey. The game world is divided into various islands, and you’ll be going back and forth between each of them quite often by boat, and each one of these islands is pretty much unique in their own way. Not only each of them has a unique look and setting, but they also provide a few side-quests, as well as tons of hidden rooms with treasure and upgrades for you to find. However, most of this is entirely optional, as besides finding the 12 legendary treasures, there isn’t really much that you could call a main quest.

The enemy AI is rather predictable however but, given how the game presents itself to its audience, I don’t really mind, I’m here to explore a world filled with puzzles and treasure, and not to rack up kills. Still, combat is functional and works, even if the enemies don’t feel that inspired. Nonetheless, the game also has its fair share of bosses, and I’d consider these another highlight of the game, just because of the fact that they fit so well with the environment and the plot surrounding them. In terms of gameplay, it’s pretty much what you’d expect, bosses have a set of attacks that you need to learn how to dodge, and you also need to figure out their weakness, which is pretty obvious most of the times. 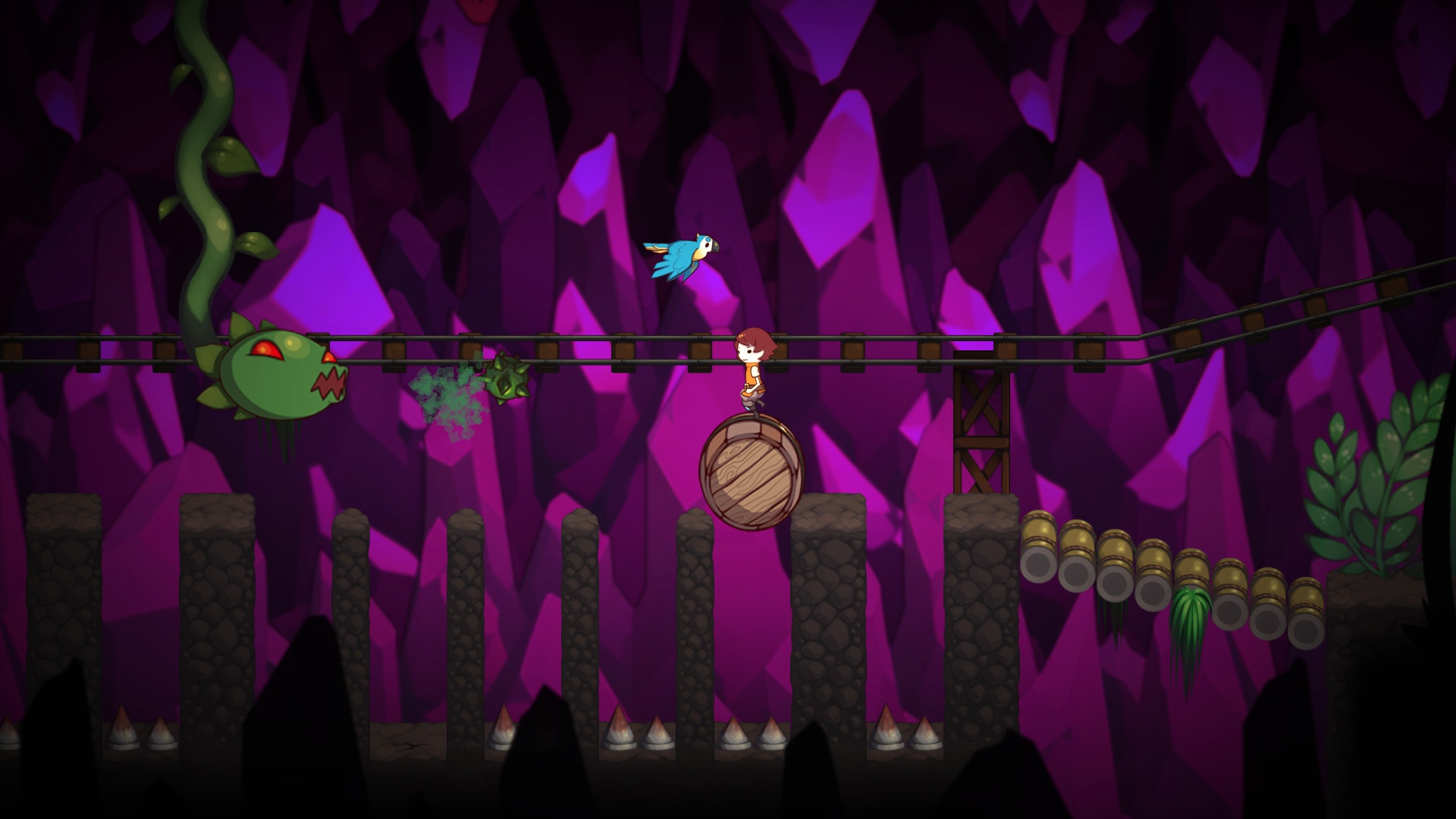 Now, the game doesn’t come without its share of problems, at least at the time of writing. Not only have I experienced random losses of audio, which could be fixed by exiting the area and re-entering, but pretty much every lift that I’ve come across in the game doesn’t function properly when you want to go down. When this issue would happen, I could hear the lift working but it wouldn’t move at first, and then it would slowly start moving every few seconds, but sometimes I had to press some random key in order for it to work, which was quite annoying. Another small annoyance that I’ve come across is that loading from one area to another takes a few seconds, which I must admit is somewhat irritating, but I’m probably just nitpicking at this point.

The game’s control schemes also seem to be a bit of hit or miss at the moment. The game doesn’t show you the controller buttons whenever you’re introduced to some kind of new input, but you also can’t change, nor check, the controls when using an Xbox 360 controller. When I came across a flashlight and a magic bottle, two items that require you to press two simultaneous keys in order to work, I was forced to switch my controlling scheme to the keyboard, check the list of controls, and then switch back to the controller after knowing which buttons I had to press. Still, it’s also quite a shame that the game doesn’t allow you to switch between keyboard and a controller on the fly, you have to go back to the main menu in order to switch control scheme, but thankfully the game plays fine either way.

If you enjoyed Treasure Adventure Game, you’ll simply love this one, as it’s the game you know and enjoyed and much more. On the other hand, if you’re not sure that this is your cup of tea, you might want to give the original a try, since it’s free on GOG. I’ve waited for this game to come out for little more than 5 years, ever since it was first announced, and I must say that, with no shadow of a doubt, it was worth the wait. Treasure Adventure World is a game that you shouldn’t pass on, it’s the better version of one of my favorite indie games of all time, and it’s just a heartwarming game throughout. If you’re looking for a charming platformer, with an extremely cheerful soundtrack, I wholeheartedly recommend it!