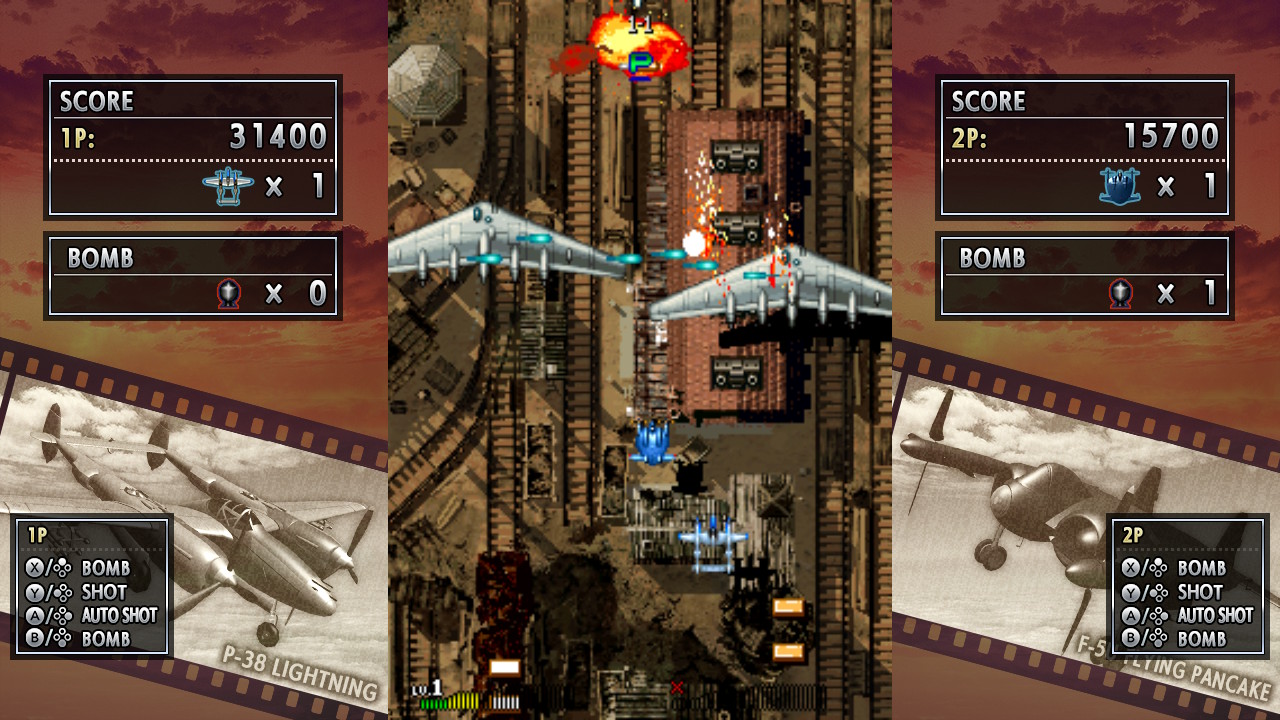 The wait for the Nintendo Switch’s take on the Virtual console goes on….and on….and on. It’s arguably the perfect console for retro video games and yet, nearly a year after its initial release, there is still nothing concrete from Nintendo as to what Virtual Console will look like when it is finally released. While that’s all very lame, the absence of Virtual Console has allowed companies such as HAMSTER to come to the fore with a collection of expertly crafted arcade titles. Already a big success on the PS4 and Xbox One, these classic conversions feel even more at home on the Switch and are often perfectly paced for on the go gaming. With this clear gap in the market unlikely to be filled by Nintendo anytime soon, Zerodiv are now in on the act with a collection of largely brilliant Psikyo ports. Yes, Psikyo’s back catalogue might not enjoy the same name recognition enjoyed by the likes of Capcom or Neo Geo, but with the excellent Gunbird and Zero Gunner 2 already under their belt, the choice to take on a number of lesser known but nonetheless high quality ports, appears to be paying off for Zerodiv.

That roll continues with the largely excellent if somewhat derivative, Strikers 1945 II. Not to be mistaken for Capcom’s own, 1942 series of vertical shooters, Psiikyo’s Strikers 1945 series is, well, to say that it was inspired by Capcom’s classic shooter would be something of an understatement. Combining classic World War II iconography and weaponry with something a little more fantastical (read: giant mechs) will feel immediately familiar to anyone with previous experience of the genre, but while it lacks anything genuinely unique to call its own, this is still a top quality shooter and a fine addition to the Switch’s ever growing library of brilliant retro video games. It’s not in quite the same league as the genuinely fantastic, Zero Gunner 2, a Dreamcast classic that I encourage any fan of the genre to pick up, but as something of a 32 bit curio, it’s still well worth a look. 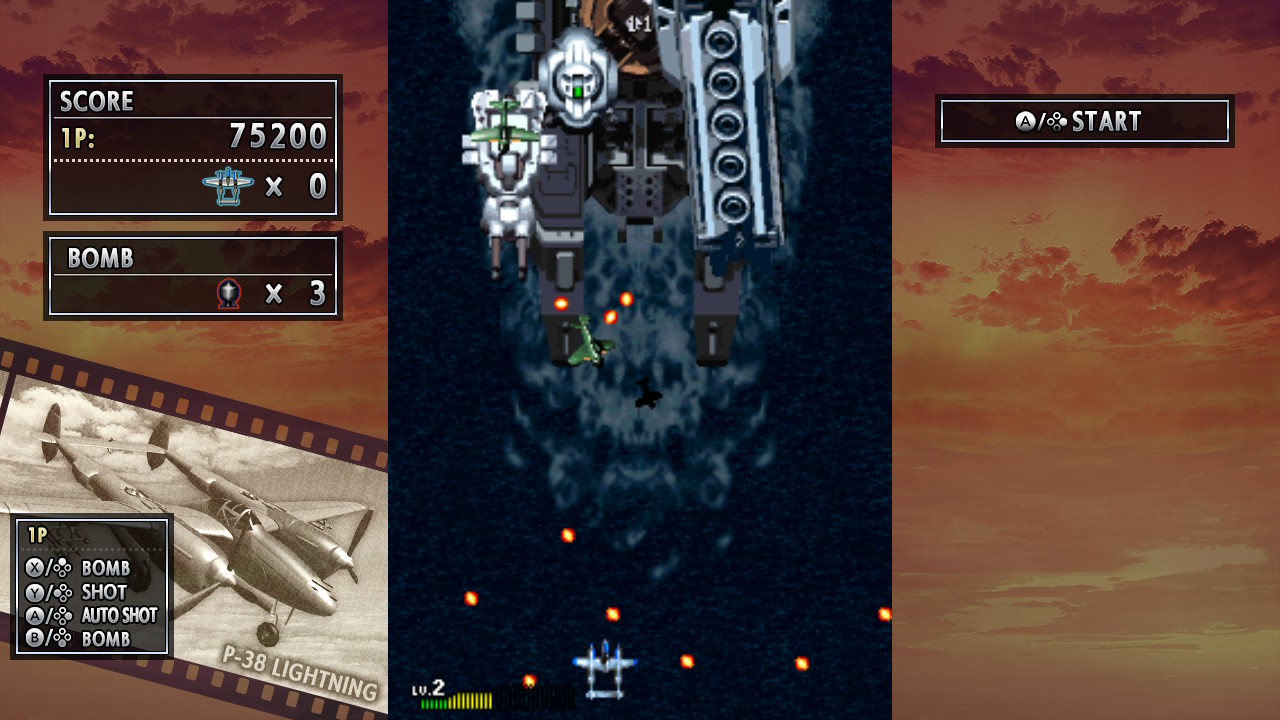 It might not do anything particularly new for the genre (it was all rather familiar when it was originally released back in 1997), but what it does, it tends to do very well. With a solid selection of ships to choose from, each with a unique array of primary attacks, bomb abilities and charged shots, the game adds plenty of potential longevity to what is, rather unsurprisingly, an otherwise very brief gaming experience. The picking up of gold bars is needed if you’re looking for a high score, and while the risk/reward of this process works well, the lack of online leaderboards really does have a detrimental effect on the finer points of the game while unsurprisingly damaging its overall longevity. Yes, you can compete against your own high score and that of your friends locally, but it’s not the same as making your way up what are usually brutally unforgiving global leaderboards. This feels like yet another huge missed opportunity from Zerodiv and is one of the few negatives associated with their recent ports. With the vast majority of basic mobile games home to their own global leaderboards, there is little excuse for a more pricey console equivalent going without.

Still, if you can get over the omission, there is definitely plenty to like here. The ships are imaginative (I’m an especially big fan of the Flying Pancake), the weaponry is varied, the upgrade system is solid and the levels, while undoubtedly familiar, are attractive and visually arresting. The aesthetic across the board is crisp and clean with bullets clearly signposted and the whole thing benefiting from that cool 32 bit era 2D art style that always makes me think back to the Sega Saturn. When people usually think of 2D visuals, they tend to go directly to 8 and 16 bit era pixel art, but I think there is much to say for the somewhat unique aesthetic of many 32 bit era 2D games. This is definitely more Symphony of the Night than Super Mario World. 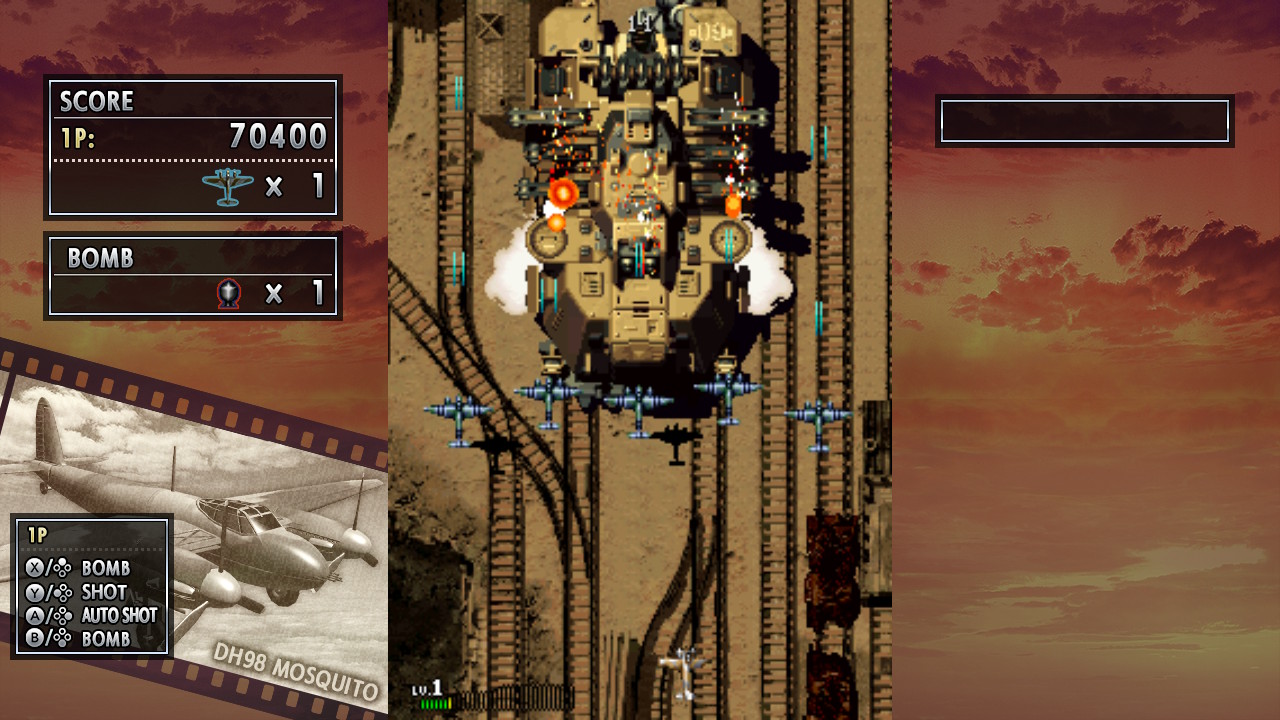 With its numerous difficulty settings an inviting aesthetic, a solid 2 player local co-op mode and gameplay that is fundamentally simple while delivering an almost endless level of challenge, Strikers 1945 II proves one of the easier shmups to recommend to the kind of wide ranging demographic that the Switch enjoys.

The lack of online leaderboards is an undoubtedly major omission and the similarity to Capcom’s famous shooter along with its generally conservative approach to the genre make this a less exciting prospect than the more fundamentally obscure, Zero Gunner 2, but despite its issues and lack of invention, this remains a fantastic shooter in its own right and a fine addition to the increasingly impressive Switch library.