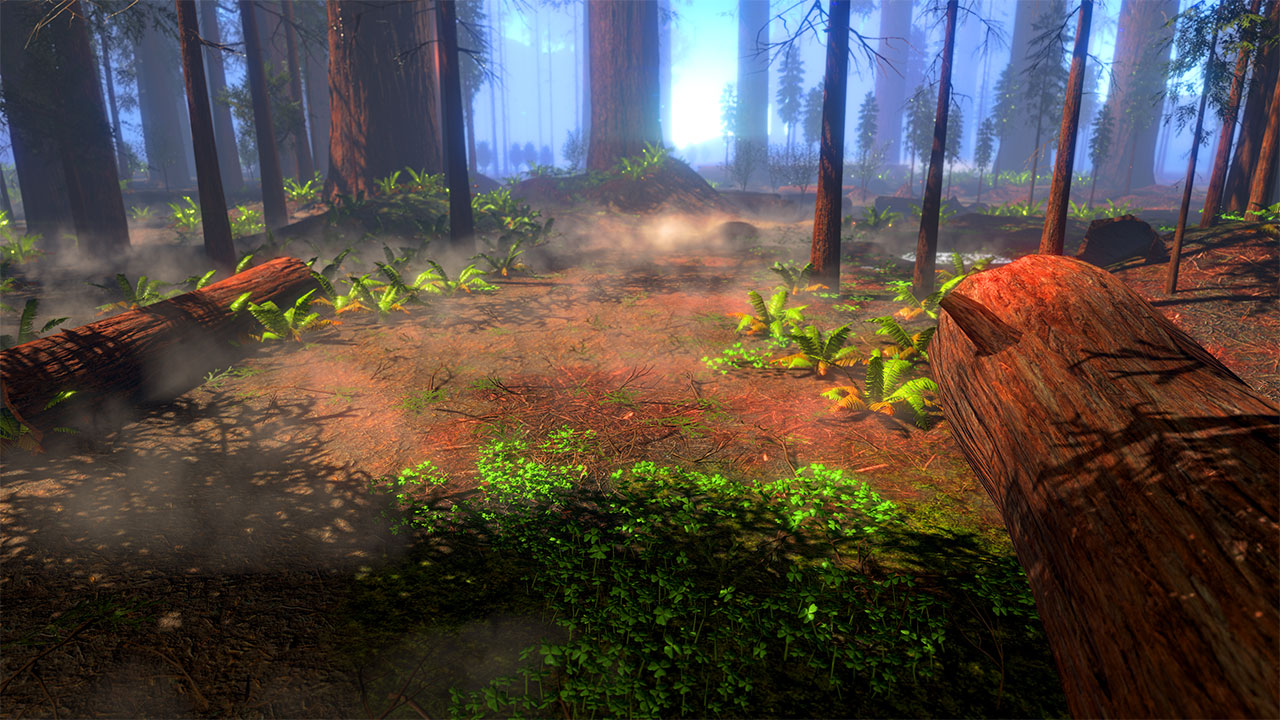 Surprisingly, considering how obvious the gaming combination of the PSVR and move controllers is, there has never been (to my knowledge) a wild west quick draw game. So, to help break the glaring omission comes ‘Cold Iron’ from developer’s Catch and Release, a small independent studio with only one other non -VR game under their belt.

I don’t think I need to go in-depth on the rules of quick draw as it’s a simple premise, you stand alone facing an opponent, your gun holstered on your side with fingers hovering eagerly anticipating the moment to draw and shoot. The moment comes and whoever shoots the quickest – lives.

Firstly, Cold Iron isn’t just your standard cowboy shoot out as it relays an all too familiar tale of revenge throughout your gun slinging escapades. Watching as your legendary quick draw father is gunned down in front of your child eyes you soon come to realise he has managed to stash his mythical gun (the titular named Cold Iron) for you to find. Leaping forward many years the anger has grown inside you and revenge is something your character needs to obtain, so armed with your father’s well-known weapon you set off on your travels looking for answers.

On this journey of redemption and retribution you come across many varying enemies ranging from the expected cowboys through to modern-day snipers and other various weird and wonderful creatures so it soon becomes obvious this isn’t going to be the standard cowboy story. Each area (or world) you travel to consists of three sets of duelling, two challenging opponents consisting of a first to five wins scenario and then a final boss battle. 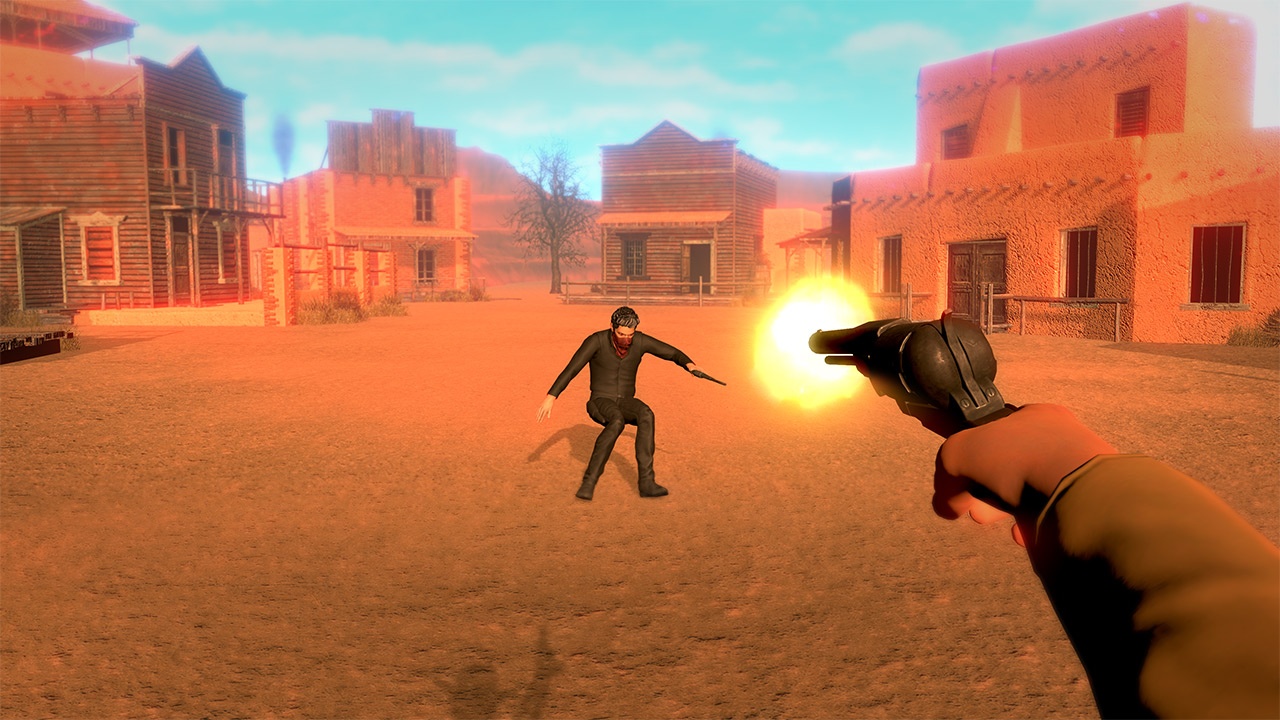 I must admit I had some serious fun during these duals, the baron simplistic visuals are clean and crisp, adding to that are some clever sound choices that really help ramp up the tension during them. Your gun must be drawn on the bell and not before, with the time the game has you hovering over the move controller varying. A slight heartbeat soundtrack also plays out in the background heightening your tension to almost the unbearable in latter levels, with me personally drawing early many times because of it. When you do regain your composure and the bell goes you have literally a second to draw and shoot.

Luckily and a positive addition by the developers is that the game can be very forgiving for sloppy shooting as it doesn’t require pin point accuracy to end your opponent’s life but you certainly need to be in the vicinity to put them down. If you do miss your bullets final resting place is highlighted with a big X to help you adjust your aim for the next dual, and getting it right ending with a clean head shot is just exhilarating and a great pay off for patience and practice.

As you progress you are given snippets of the story which slowly starts to answer questions and you will also start to confront the weirder opponents of the game. Each one has their own way of playing the duals and each one requires you to learn, adjust and overcome their specific traits. My personal favourite and to demonstrate the variety within the game is the 2nd boss battle.

Just as you prepare for the draw the opponent disappears only to return with three identical clones. However, it’s here you are required to remember your original opponent’s appearance as the clones will have something subtlety different like shoes or a shirt and you must shoot the correct one within the allotted seconds. Another has a sniper hiding within a building complex directly in front of you only appearing on the bell with a red laser light pointing at you. There are many other weird and wonderful duals that I just don’t want to ruin for you but I will say there is certainly variety within this game. 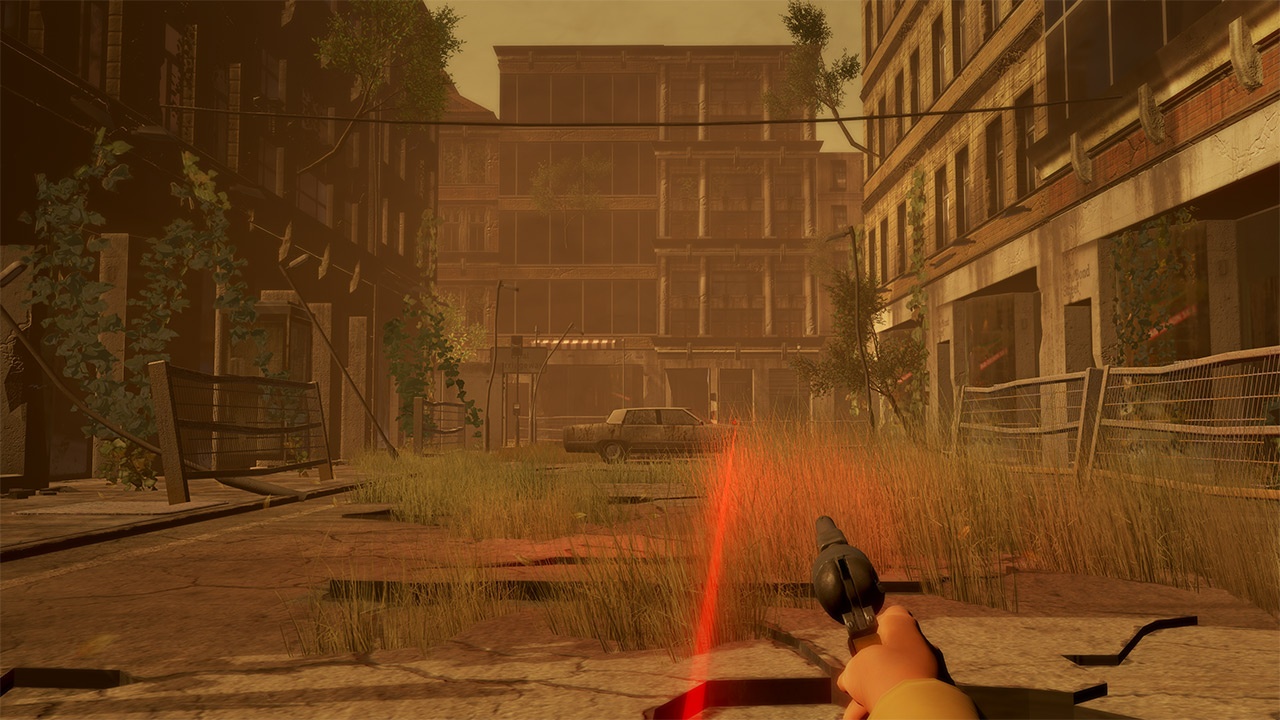 Between levels you have a simple bonus stage option requiring you to shoot floating watermelons, this fun little addition will give you statues for accurate shooting and collecting all these will apparently lead you to a secret boss showdown, but unfortunately, I haven’t achieved this yet. Trust me when I say Cold Iron may start easy but to finish it requires some quick hand eye coordination and a good visual memory. And if trophy hunting is your thing then constantly playing to improve your accuracy, speed and head shots will offer the better PSN trophies.

Overall Cold Iron is what you want from a basic VR title, it offers up simple gun gameplay with great motion controller tracking, a half decent story driven narrative with a wide range of enemies who can constantly adapt and change their tactics to challenge even the quickest and smartest quick drawer.  As usual and a massive bug bear of mine is the price for PSVR titles with Cold Iron costing £15.99 of your hard-earned money for a game clocking in at little over an hour. But on a positive point the replay-ability of this title is limitless, offering hours of continuous gun touting fun due mainly to its randomly adapting opponents. So, for once I can excuse the asking price as it’s a PSVR title that I shall continue to play.