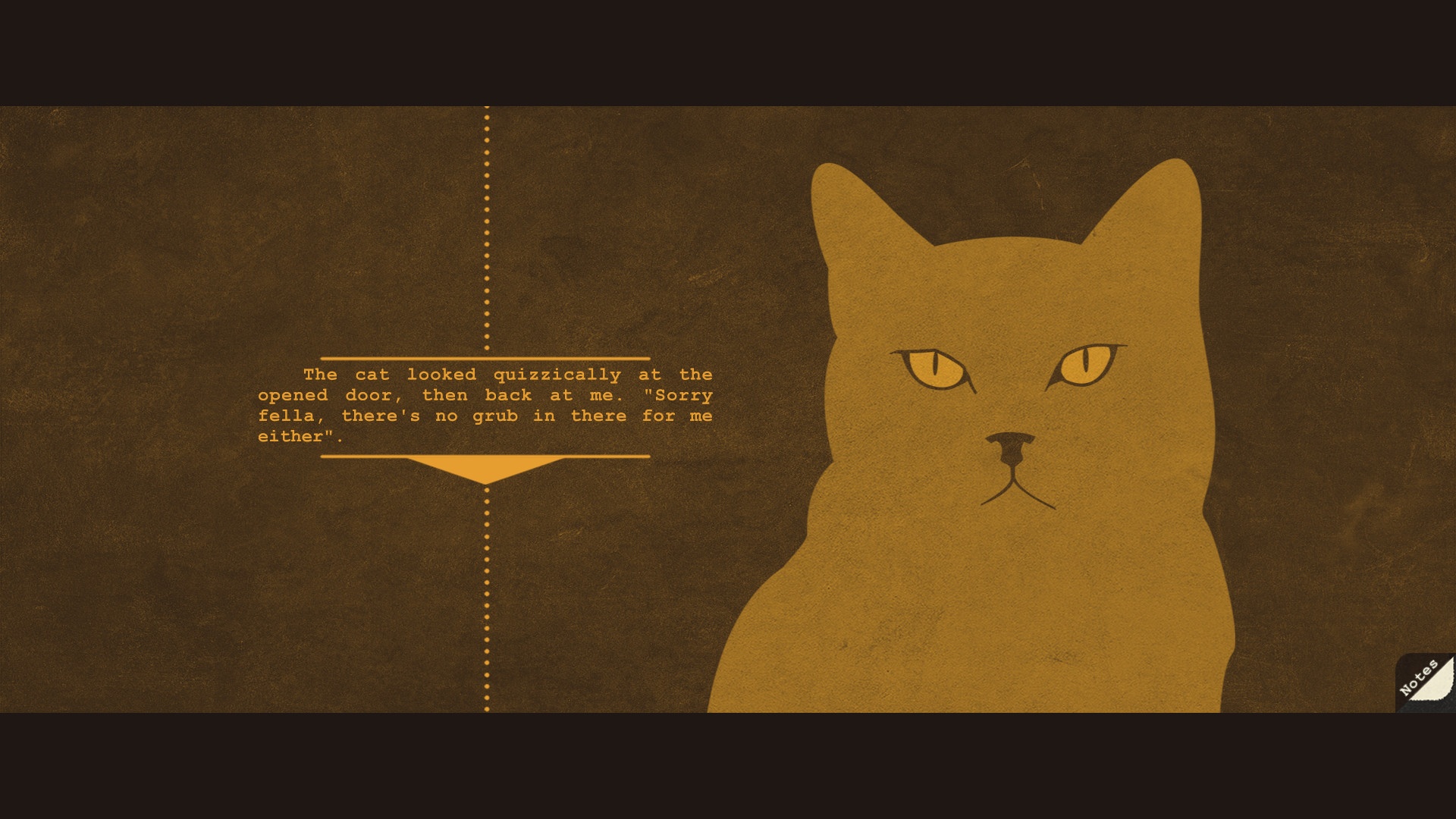 A Case of Distrust is dripping with style, embracing its film noir atmosphere and paring it with a unique 2D silhouette art style. It captures the feel of another era while tying it in with our own, and sending the player on a twisting, turning mystery.

You take on the role of Malone, a PI and former cop, whose down on her luck. The game starts with you getting a case to investigate a threatening note sent to a gangster who’s recently gotten involved in bootlegging. The gameplay is simple and straightforward. You travel to different locations, click on various objects which are then saved to your notebook and question people. Important conversation points are also saved to your notebook. When questioning people, you can point to anything in your notebook to ask them about it. As the case proceeds, you can start to accuse people or even contradict their statements, if you believe you have something in your notebook that proves they’re not telling the truth.

The mechanics are easy to pick up and quite intuitive. It’s a unique twist on an adventure games. You’re not so much using items you pick up to solve puzzles, as using the clues characters let slip. 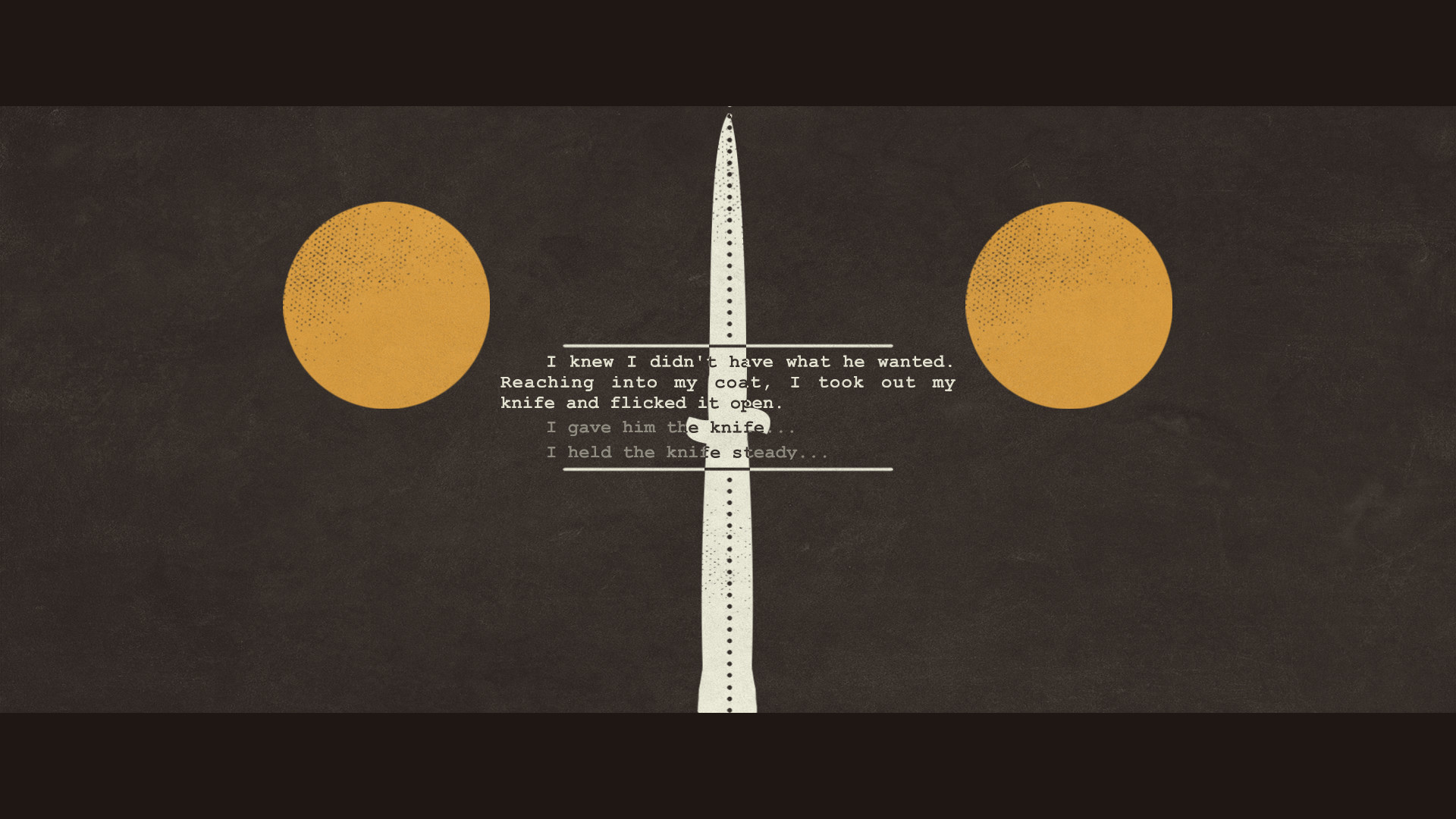 If you ever get stuck, you can always drop by and get a hint from your favorite bartender. This is the one confusing point in the game as you sometimes also have to talk to him to get actual clues so if you want to avoid getting hints, it can be tough to know what you really have to ask him to progress the case and when he’s just going to give you a tip.

A Case of Distrust is a narrative mystery; you’ll be doing a lot of reading. The writing itself is quite good. It really elicits the feel that both the artwork and themes are working towards. It embraces many of the clichés of the film noir genre and turns them to its own use while also striking out in new directions. It ties many of the issues of the 20s with issues of today. This particularly comes through in Malone’s struggle to be taken seriously as a detective in a time when that’s just not what women did. Every now and then, things feel a little too on the nose, but for the most part it’s handled smartly and in a thought-provoking fashion.

Malone is a fascinating character who you start to sympathize with quickly. She is clearly her own person with her own personality, but you have some control, with the game  allowing you to choose things that strike her for instance, how she thinks about certain people or events, or the first thing she notices when she meets someone. These choices let you connect with her, without making her feel any less of a character in her own right. 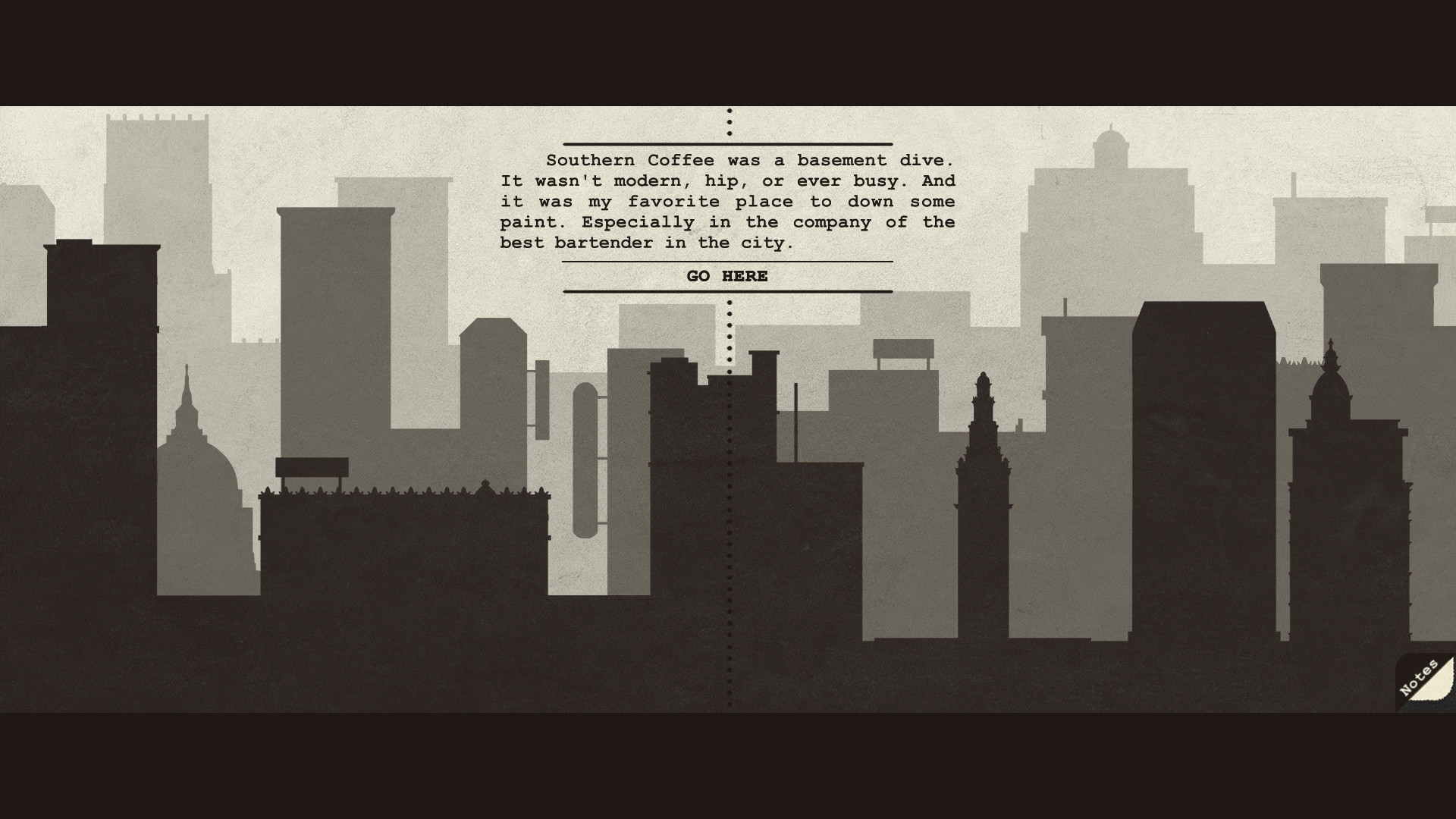 The game has great attention to detail and fills the world with lots of historical tidbits. For example each time you take a cab in it, you can choose to chat with the driver. The drivers often give peeks into the era, chatting about the news of the day or popular entertainment. There’s also a great use of sound and music throughout the game that continues to build the atmosphere.

Because the game is so much about solving the mystery and enjoying all the twists and turns it takes, the game does lack much replay value. I’m curious to see some of the alternative texts that pop up from the various things Malone can think, but it doesn’t seem like the story isn’t going to vary significantly.

The clues you pick up and the lies you can catch witnesses in, felt much more intuitive than other video games with a mystery setting, and the game nicely captures that ‘ah ha!’ moment, when you’ve figured out a piece of the puzzle. Between the history, the artwork, and the entertaining story, A Case of Distrust has a lot to lure you in and keep you interested throughout.