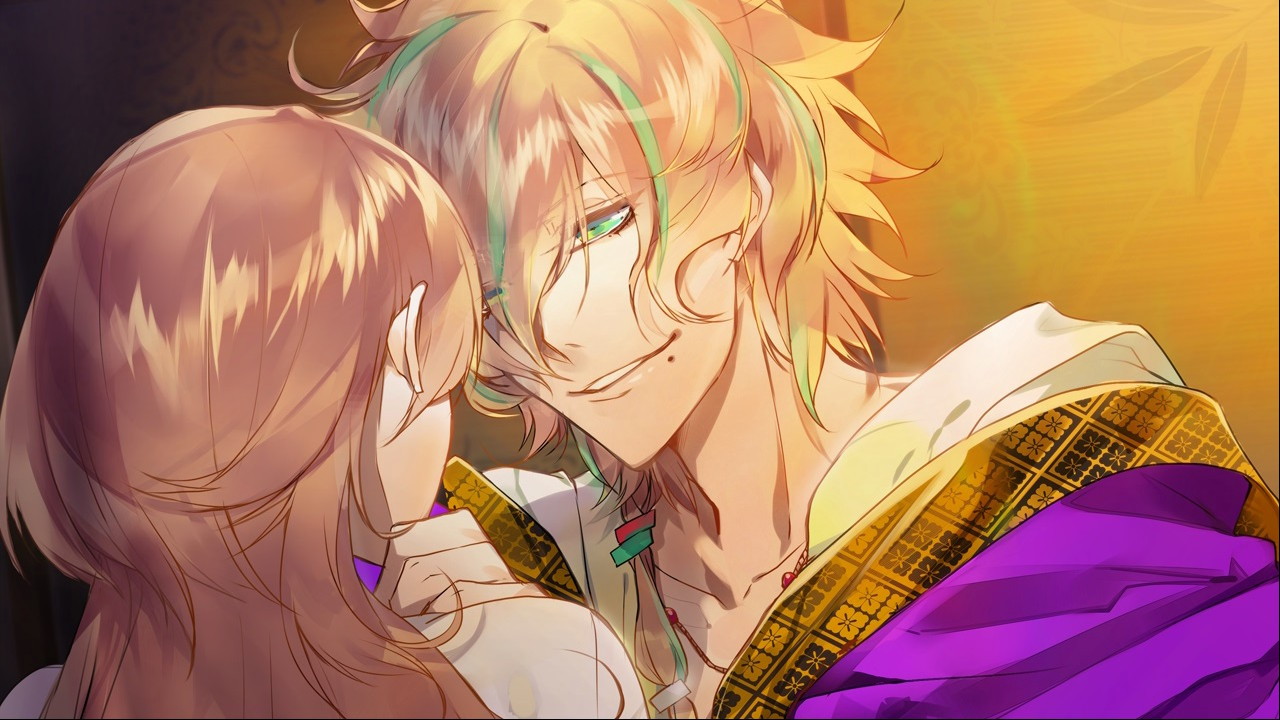 Right at the very start of this “game” I was confronted with a dialogue box that read one message that I would carry with me through the entirety of my play through of “The Men of Yoshiwara: Kikuya”. It came within minutes of clicking the start button and I was told that “my womanhood is on the line”. And at the time I may have been unsure as to where this would lead me but by the end of this experience I came to realise that my womanhood was, indeed, on the line.

Soon after I was confronted with a swift explanation of what I may have to do within this story. What my actions will have an affect on. This was imperative for me as I had never picked up one of these visual novels and I felt as though I needed someone to hold my pretty little hand and guide me through this strange world. That being said, I didn’t receive any kind of treatment and I felt as though I was thrown in at the metaphorical deep end.

The story behind “The Men of Yoshiwara: Kikuya” is that there’s an island in the middle of the sea that is home to a whole lot of people but boys are never born, only girls. From what I could gather, the attractive males are mostly courtesans in the pleasure district of this island where woman from near and far come to get their rocks off. The protagonist of the game is a young girl living on this island, whom you can name yourself, I stuck with the default name though to maintain my unbiased viewpoint. After all if these guys come talking to me like they do in this game and they use my real name what am to do than lose my womanhood completely? 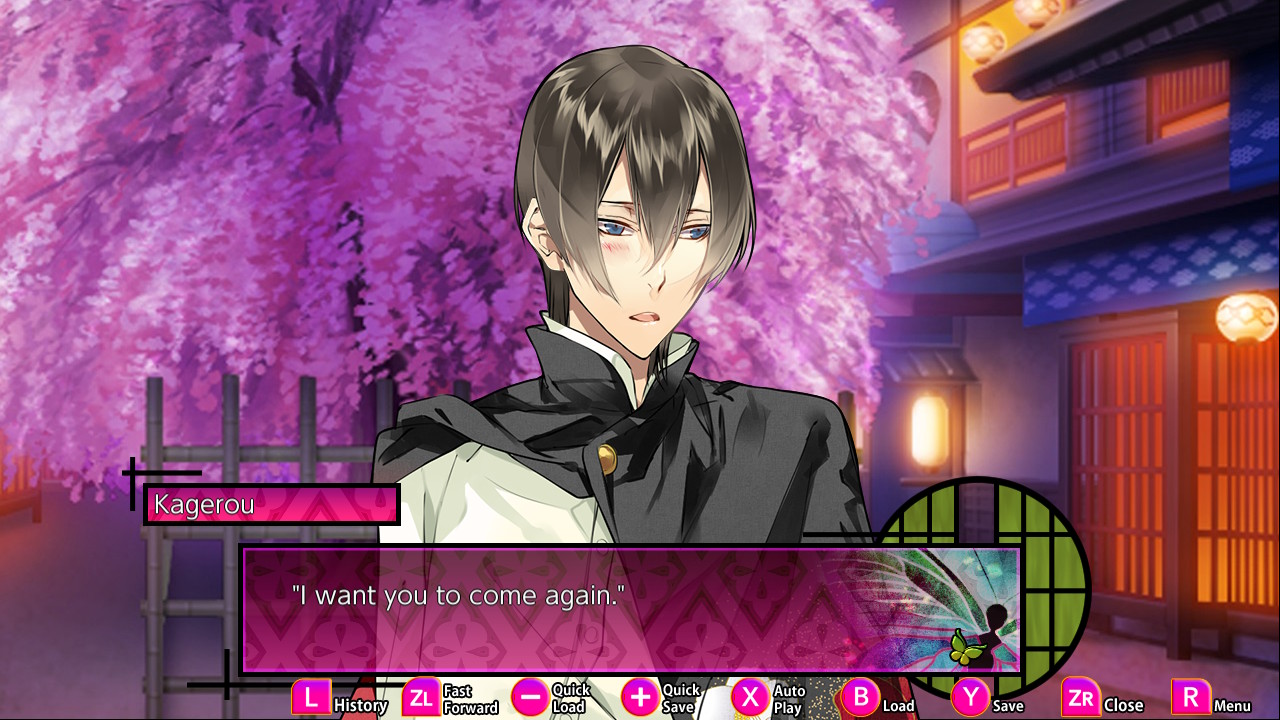 As mentioned previously, I’m not an experienced user of these types of games and never really saw the appeal. Of course, I’m not the target audience. I’m a straight white male and by all means this game is for women. It even says so in the official synopsis for the game!

Still, I went on with the thought in mind that I wanted to at least give it the chance that I think every piece of art deserves and yet I was still disappointed.

I was under the impression that these types of games were made to be immersive and enthral you in a world by using it’s sound and it’s visuals to grab your attention and keep you moving through the story. This is not what I found, instead what I did find was a game that reminded me of the “Fifty Shades of Grey” phenomenon that swept the globe a few years back. People would plow through a whole load of nothing to get to a mediocre sex scene and that’s what I think this is.

There’s a whole host of characters in this story and none of them were memorable to me, I would forget who they were and I’d need to wait a few minutes to think back to earlier and at least attempt to remember how they fit into the story. There’s so much going on here and there’s so many different stories to get involved in and narratives you can follow, if you feel like it and that is an accomplishment in itself but for me the writing felt so poor for something that relies so heavily on it. Maybe that’s natural with a translation to english, maybe it doesn’t come across as well but it left me cringing and in a state of awkwardness for the majority of the time I played it. In fact, I actually started to make up my own game in my head at around the 2 hour mark of my play through which made a drinking game out of some aspects of “The Men of Yoshiwara: Kikuya”. 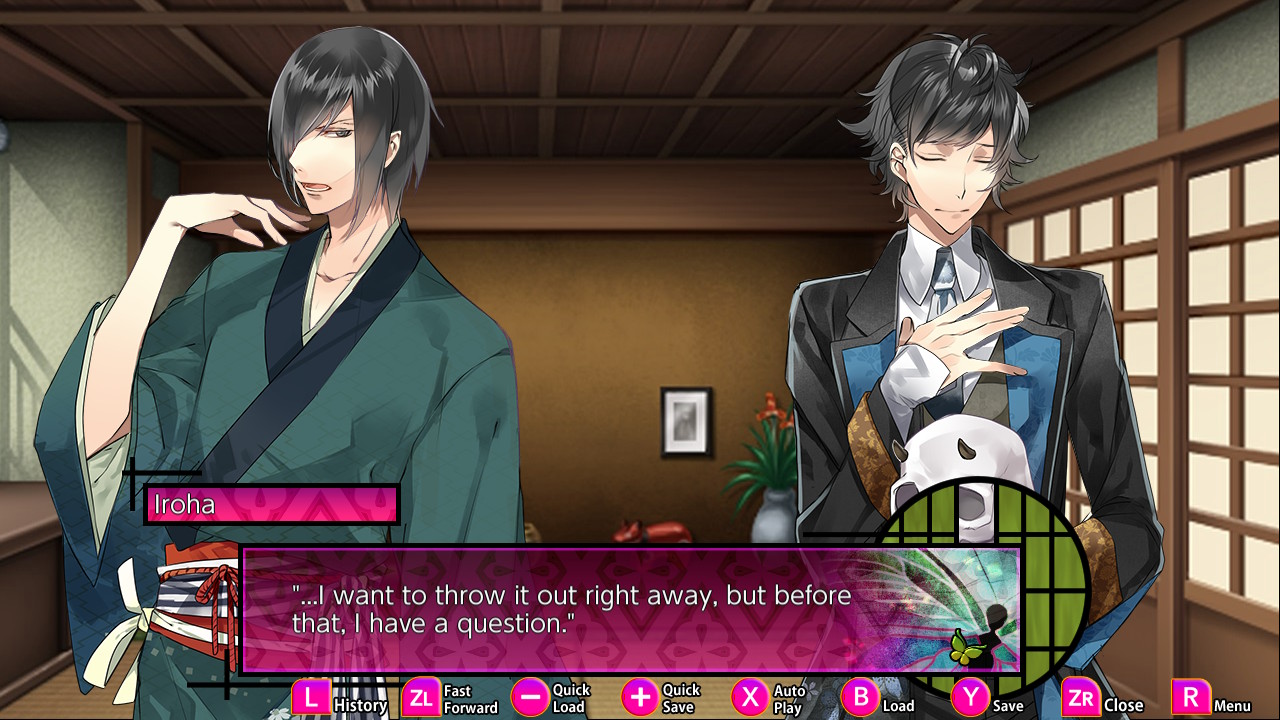 Technical aspects of the game also come up dry as the sound design can be extremely jarring and somehow finds ways to drag any immersion I had left from the ground just to bury it again, this time in a shallow grave. The same can be said for the art that covers the bland backgrounds of the world. Nothing seems inviting or excites you as you play and that’s something I see as almost imperative in this situation.

There is one thing I want to give to this game, the music isn’t too bad. It’s exactly what you’d expect and it’s actually quite soothing at times. As well as this there’s an opening title sequence that is so insane and quick fire that it gave me a real solid laugh and left me with a smile. That’s about the only credit I can give “The Men of Yoshiwara: Kikuya”.