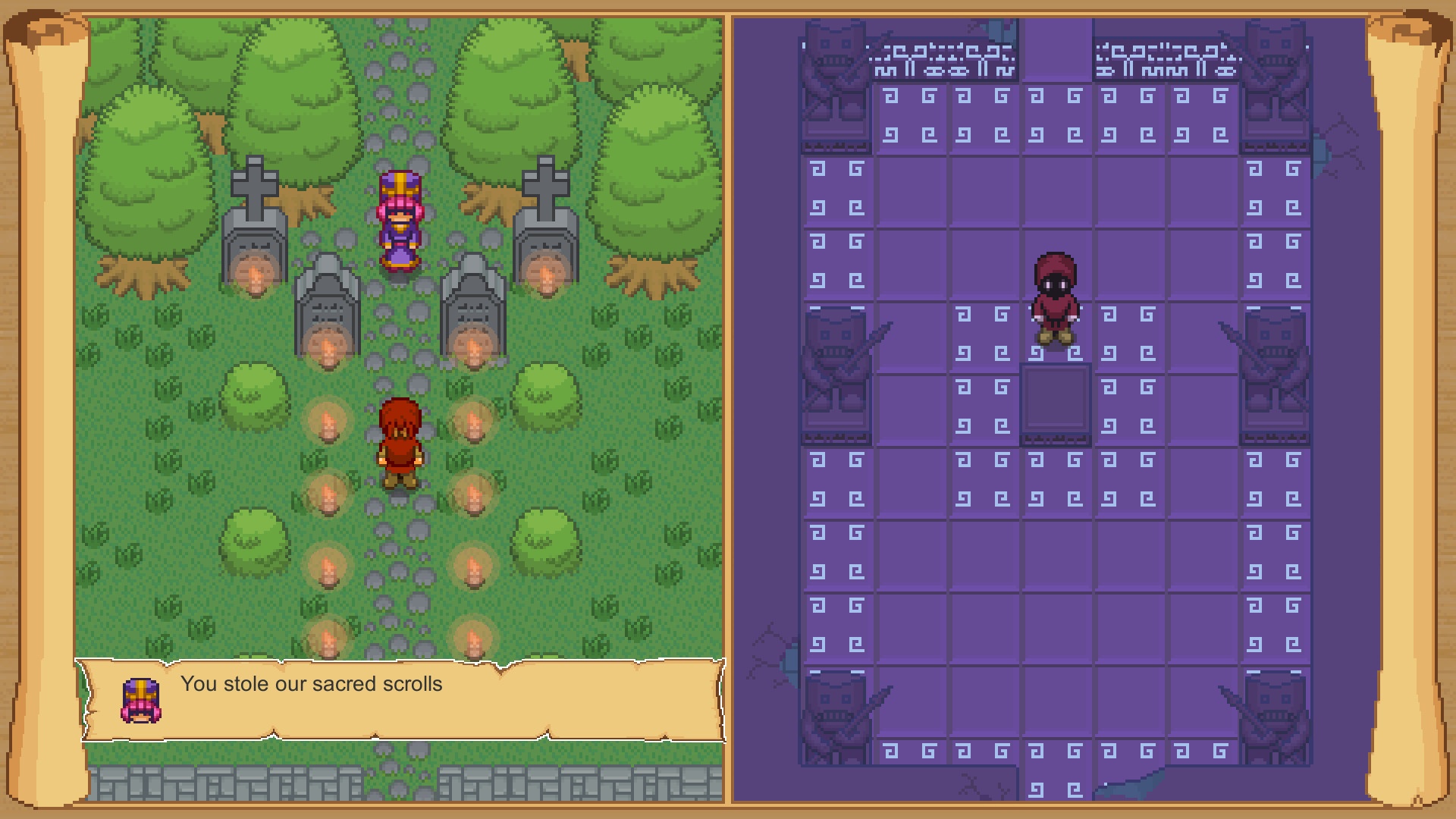 In Fearful Symmetry & The Cursed Prince you must control two characters at the same time through a series of increasingly dangerous rooms. Can you multitask sufficiently and keep track of both characters as you move them around traps and through dangers?

As the game progresses, the levels get harder and harder as more and more obstacles are introduced. There might be flames or spikes on one side of the screen, and ghosts on the other that only appear when you step on them or are nearby. In the later levels you are often confronted with challenges that require you to move quickly, which makes keeping track of both sides of the screen even more difficult. The puzzles never become so frustrating that you become annoyed but they do increase nicely in difficulty, and it’s one of those games that is so easy to restart each time you fail that you keep taking one more shot at. 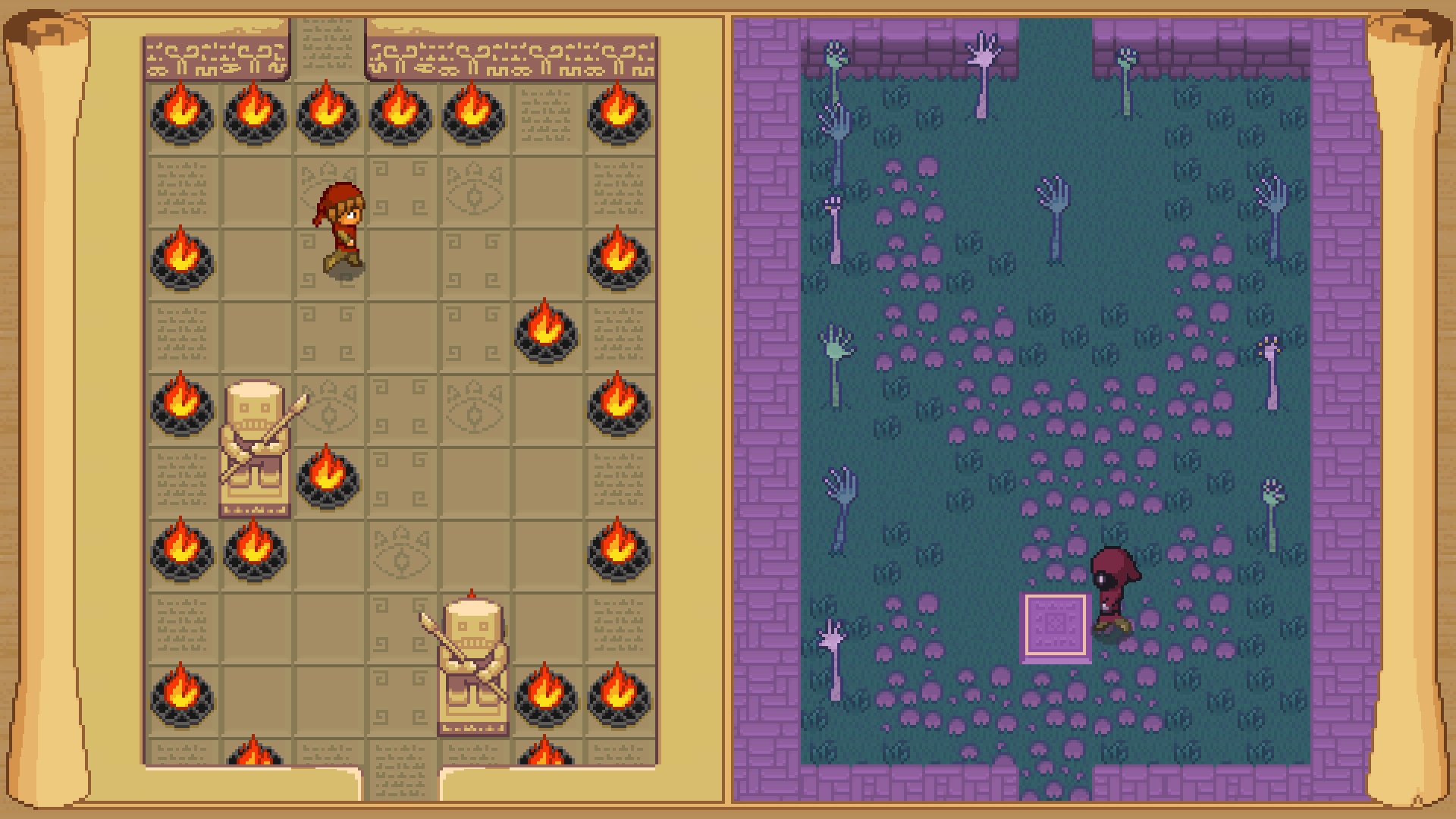 The game doesn’t have much of a story, what there is revolves around three characters searching for the Symmetry Scrolls. But this isn’t supposed to be a story heavy game and that’s not where its strengths lie. What story there is simply serves to compliment the puzzles built around the unique mechanic of controlling two characters in opposite directions, and the puzzles do not disappoint.

There’s a wide range of different puzzles, from memory to logic to timed and the game really makes the most of its core mechanics. Occasionally when playing with keyboard, characters don’t switch quite as smoothly from one direction to another as you might like, and this can be particularly frustrating when you have to move quickly, but for the most part the characters are easy to control and the game is quite intuitive. In later levels some puzzles may even require you to have one character run into an obstacle so that the other will move one or more spaces without him, which is when you really have to do some logical planning.

Aesthetically, the game has bright, colorful artwork that suits it well and blends nicely with the music and sound effects. 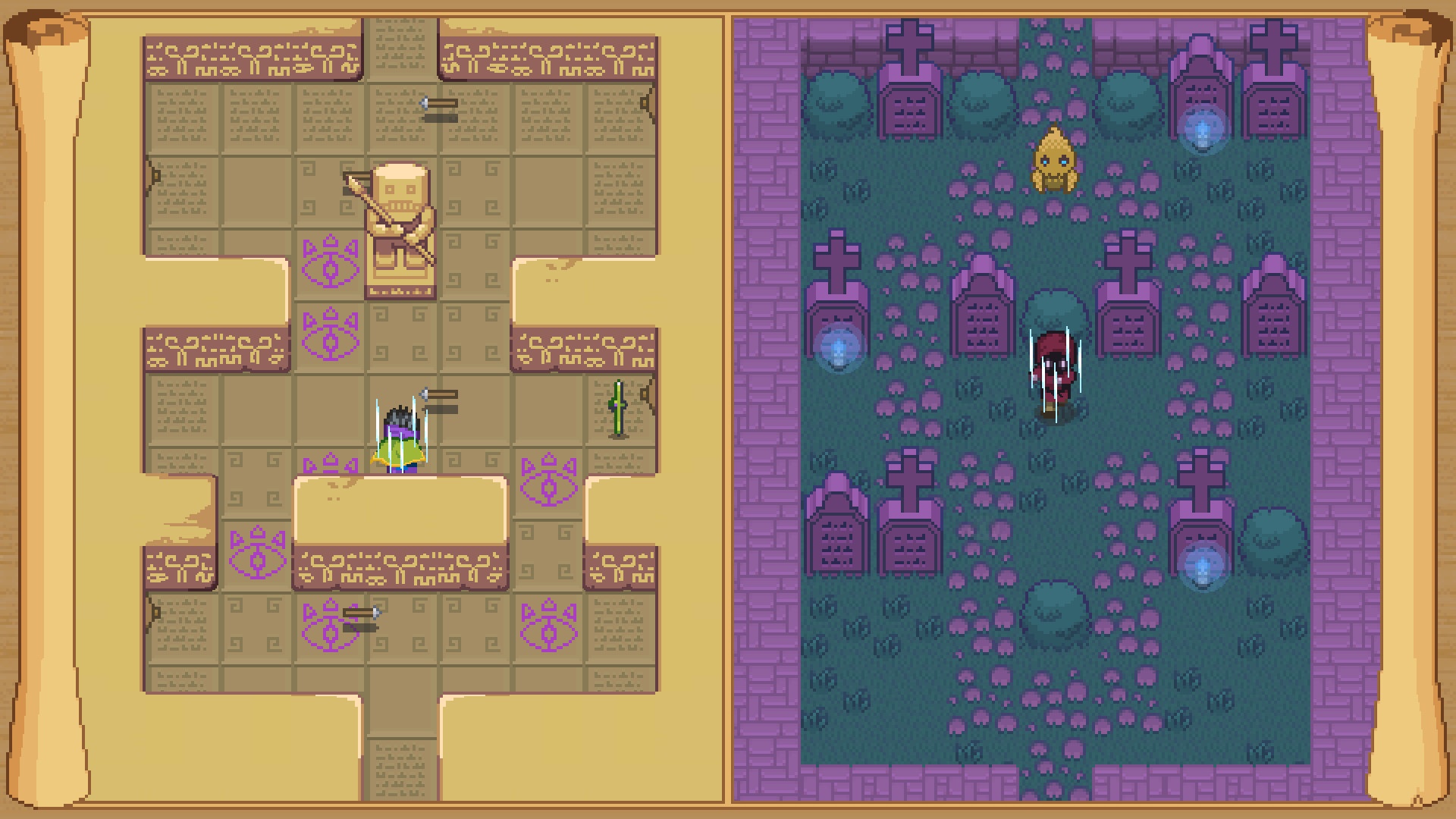 When you first play through the game, there are twenty levels. But you can unlock two additional characters. How you unlock them is something the game leaves up to you to figure out, which is a bit frustrating since the replay value of the game hinges on them. But once you unlock them, if you play through the game with each of them, you unlock the final levels. The two unlockable characters both have a unique special ability: one can jump forward two spaces and the other can destroy nearby obstacles. Not only do these abilities change the way you approach various puzzles, but each character’s collectable is in a different location in the level which requires different paths to be taken in order to reach it, so you actually have a whole slew of new puzzles to tackle. The game also has a nice set of challenging bonus levels to play through, so while you might not want to replay the game after you’ve completed the whole of it, there’s a lot of gameplay packed in there before you reach that point.

If you enjoy tests of logic and tricky puzzles, Fearful Symmetry & The Cursed Prince packs all that into an appealing little package that’s both relaxing and colorful while it puts your brain through a workout.