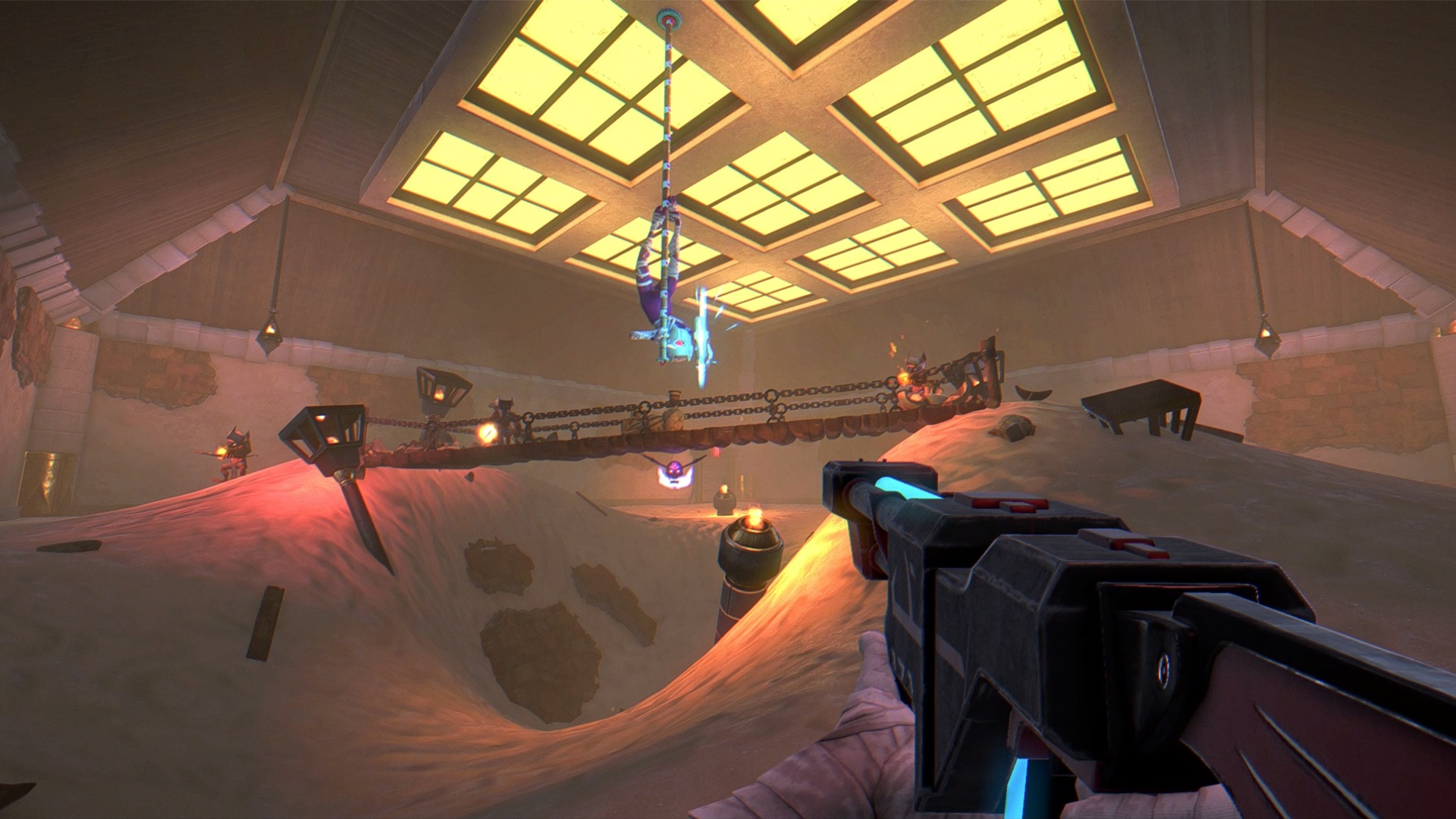 Immortal Redneck is a first-person shooter which incorporates many rogue-lite elements into the game. This game is developed and published by Crema and was released on 27th February 2018 on the PlayStation Store. This game begins with a redneck who finds himself awoken as a mummy in Egypt after a car accident, with the little-known reasoning behind it the player must explore the three pyramids nearby to try and find out the answers!

Players will begin their experience by using the Redneck class, which isn’t the greatest of classes, this class simply contains a basic ability to shoot quicker than usual and has very standard weapons such as a pistol, shotgun, and some dynamite. Players will be immediately dropped into the first pyramid and left to fend for themselves after completing a very basic and informative tutorial. Players are able to incorporate platforming into their FPS gameplay which I found very exciting, however, I felt some of the rooms were deliberately designed to make the player platform in a large room which slowed down the high intensity of the game. 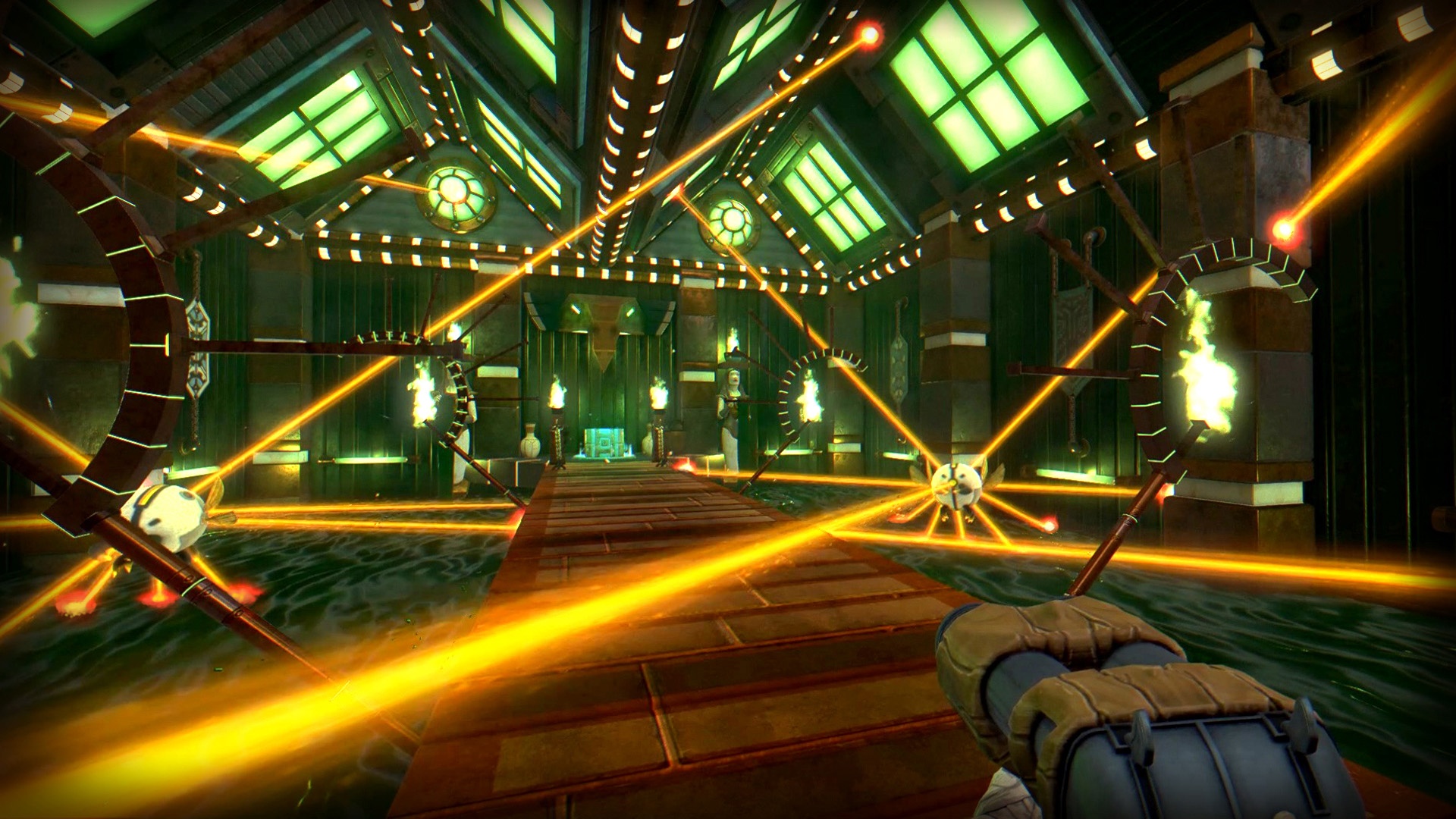 The art style that this game is very basic but stylized and is amazing to look at, accompanied by beautiful and exciting soundtracks it makes for a hugely pleasant playing experience. The voice acting of the main character was very well done and quite amusing to introduce the game, so props there.

Each of the levels a player is dropped into will be randomly generated every time a pyramid is entered (except for when déjà vu is used). Each of these pyramids will get progressively harder as monsters become stronger and deal more damage with each level completed. However, the gold earned throughout is also increased, so there are rewards for adventuring the higher floors of the pyramid. Once the player finds the final room on the third floor of the pyramid they will encounter the first boss of the game, with relatively easy mechanics players should be able to defeat and understand this boss relatively easily. However, from the point on the bosses and floors get much more difficult, and every mistake could cost you. Reserving ammo and saving every bit of HP will be crucial for the final floor of the pyramid, as this is where the most challenging boss will reside.

After completion of the pyramid or death inside the pyramid the player can then access the skill tree, this is where players are able to trade in their gold to upgrade their character in an RPG type fashion. On this skill tree there are also options to unlock the other classes that can be played throughout, and the ability to unlock the merchant, who offers the player some more benefits whilst exploring through the pyramids. Personally, I would suggest players try and find a different character to play asap, as there are many more benefits to doing so. 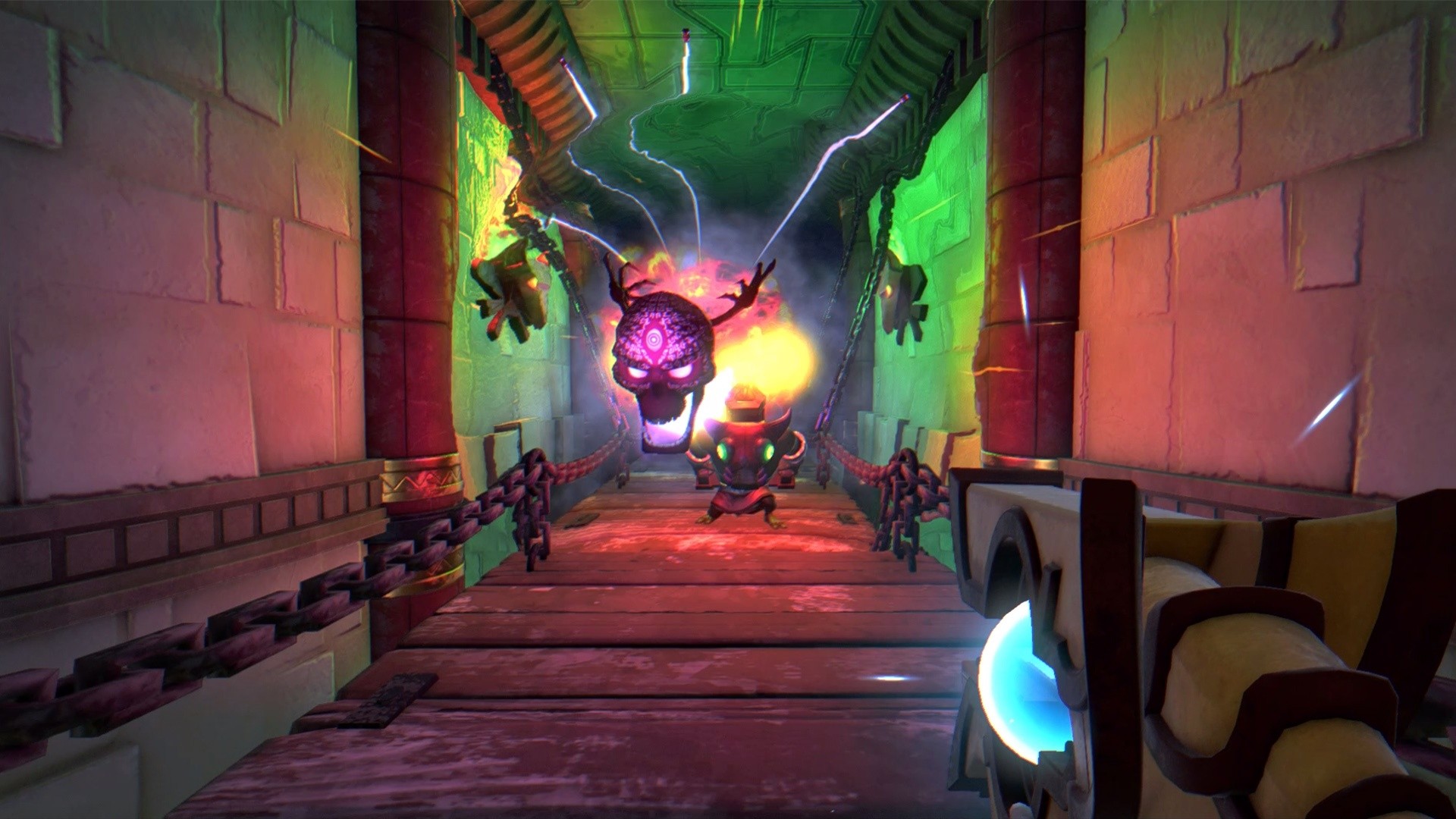 Are there any flaws in this game? I would say that there most definitely is, firstly I encountered a glitch on a few occasions which meant that my menu was covering my game screen and I was unable to continue with my run, this was extremely frustrating, as my time was then wasted during that run. Also, I feel that having the inability to cancel reloading was frustrating, as this is a general mechanic found in most FPS games, but the only way to do it in this game was to platform up a ledge whilst reloading. Another frustrating point I found was the ability to pick up bad scrolls (power-ups) throughout, some of these were just annoying rather than challenging, like the inability to change weapons if it had ammo in it. This just left me shooting at a wall to waste ammo, so I could switch, or just dying in the run due to the sheer annoyance of it.

Immortal Redneck can be found on the PlayStation Store for £15.99 which I feel is a fair price if you enjoy the game, as there is a huge amount of replayability which comes with a game such as this. Immortal Redneck does also come with a difficult platinum trophy for those seeking a challenge.