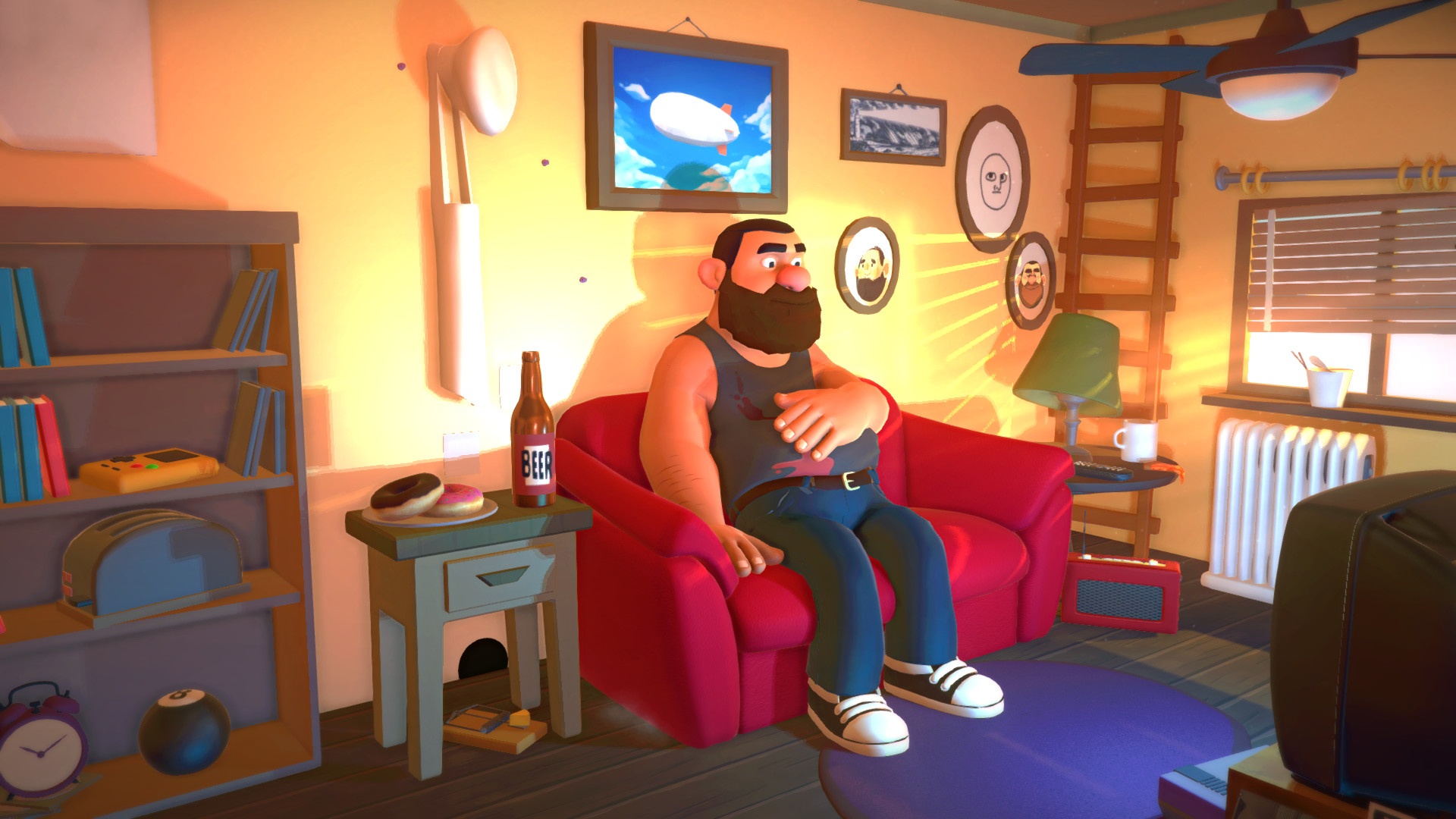 Modern day video game developers favour game design, over all the other parts of the game, nearly every time. And indie titles, are the best example of that phenomenon, as games such as Spelunky and The Binding of Isaac have built their respective legacies, not on the back of their visuals or story, but the bare-bones game design. And the reason for their success lies within the fact that both these titles, despite of their rogue-like nature, have been designed with a swiss-like gameplay fluidity in mind. However, while most prefer to prepare for every eventuality with level and gameplay design, others, go for the rather contrasting, liberal approach.

Fabio Ferrara, is an Italian one-man band, who just like the abovementioned developers, prefers to create his games with freedom in mind. And his most recent PlayStation 4 release, in the form of Suicide Guy, is just such title. As its core design, can be easily described as fast and loose. And while such approach to game development offers the end-user much more freedom, it ultimately can limit the enjoyment and entertainment which the game could otherwise provide the player with. And that’s because nondescript, and freeform game design can be rather ambiguous, and at times, it can position a player towards undesired routes and outcomes.

Suicide Guy, is a first-person puzzle game, which revolves around subconscious self-slaughter of the titular guy, who is desperately trying to wake from his dream, in order to save the bottle of beer which is falling out of his hand – in real life. And in order to achieve sentience, which is the main goal of the title, one will have to progress through numerous, open levels, and murder the guy in question, in many colourful ways. And while the pre-designed path to the goal always remains the same, then it has to be emphasized that due to the title’s rather loose and open-ended design, it doesn’t always have to be followed. 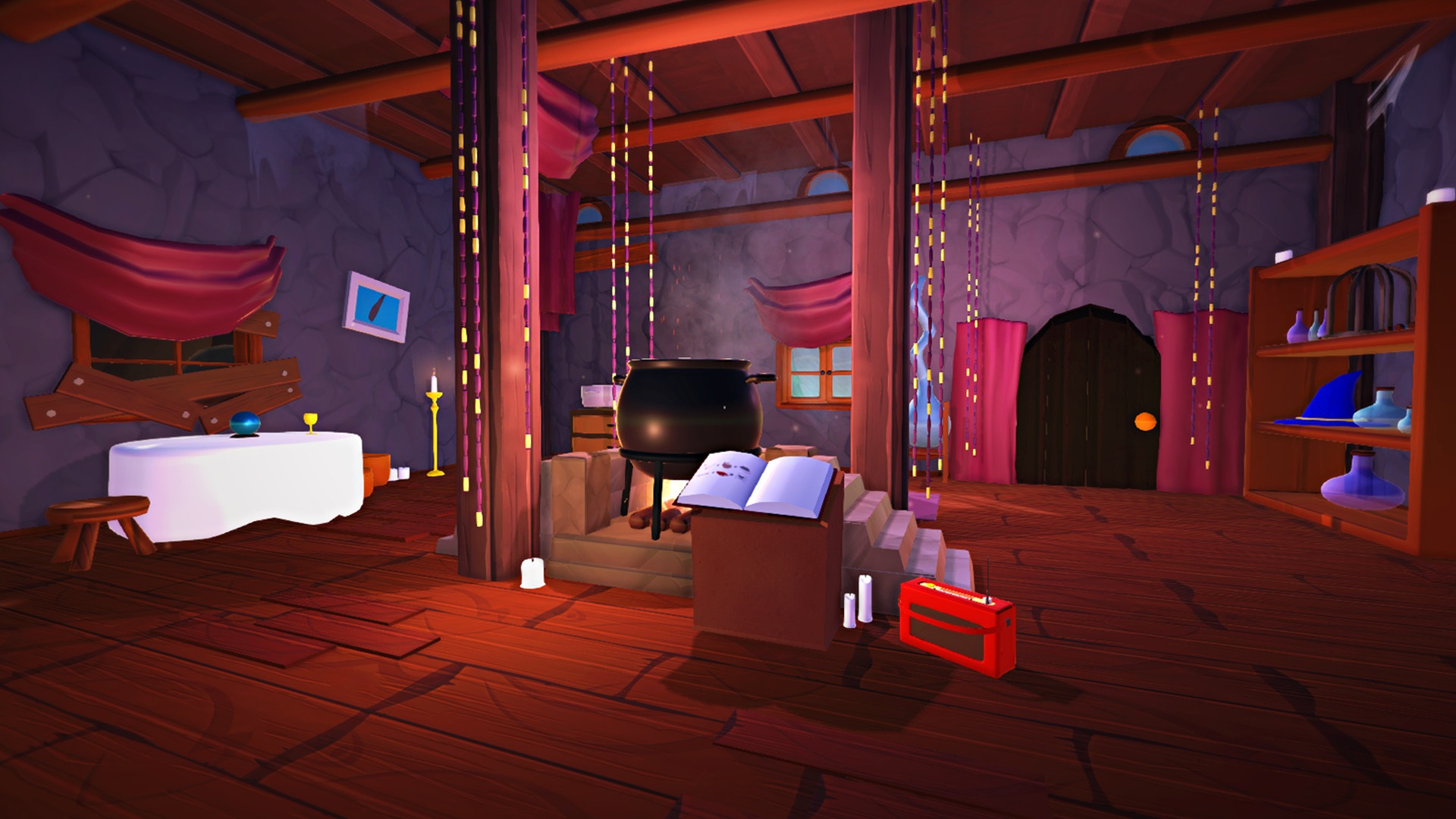 Some levels, such as the Mario’esque world, will allow the player to simply skip 90% of the stage, and sprint straight to his death. And while the developer has made a clear, and visible attempt to prevent that, then all his efforts have been ultimately in vain, as even the finale, can be completed in seconds, without having to follow all the pre-designed step. And that’s because, Suicide Guy is not only loose in terms of its level design, but also the game design itself. And unfortunately, the title at hand can be exploited in any way which may come to one’s mind. And there are no invisible walls to prevent one from possibly throwing vital items out of boundaries, or escaping through the ceiling, straight to the end goal.

Once one embarks on the journey through all the 25 in-game levels, he/she will undoubtedly have many reasons to feel satisfied or even overjoyed with the Suicide Guy. As the title’s simplistic premise and slapstick execution, ultimately allow for many hours of mindless fun. And the pacing of the game, and the layout of the levels, ultimately prevent one from growing tired of the gameplay, which at times can be fairly irritating due to the game’s open-ended nature, and countless number of exploits. But when the push comes to shove, it has to be said that at its core, Suicide Guy, is an extremely entertaining if overly simple title.

There are many words which could be used to describe Suicide Guy, but the one which jumps out the most, is the word ‘simple’. From visuals, all the way down to the level design and core mechanics, Suicide Guy is an incredibly simple game. But fortunately, unlike other indies it doesn’t try to pretend that it is anything else than that. And thanks to the developer’s rather modest approach, Suicide Guy feels like a complete, if flawed product. 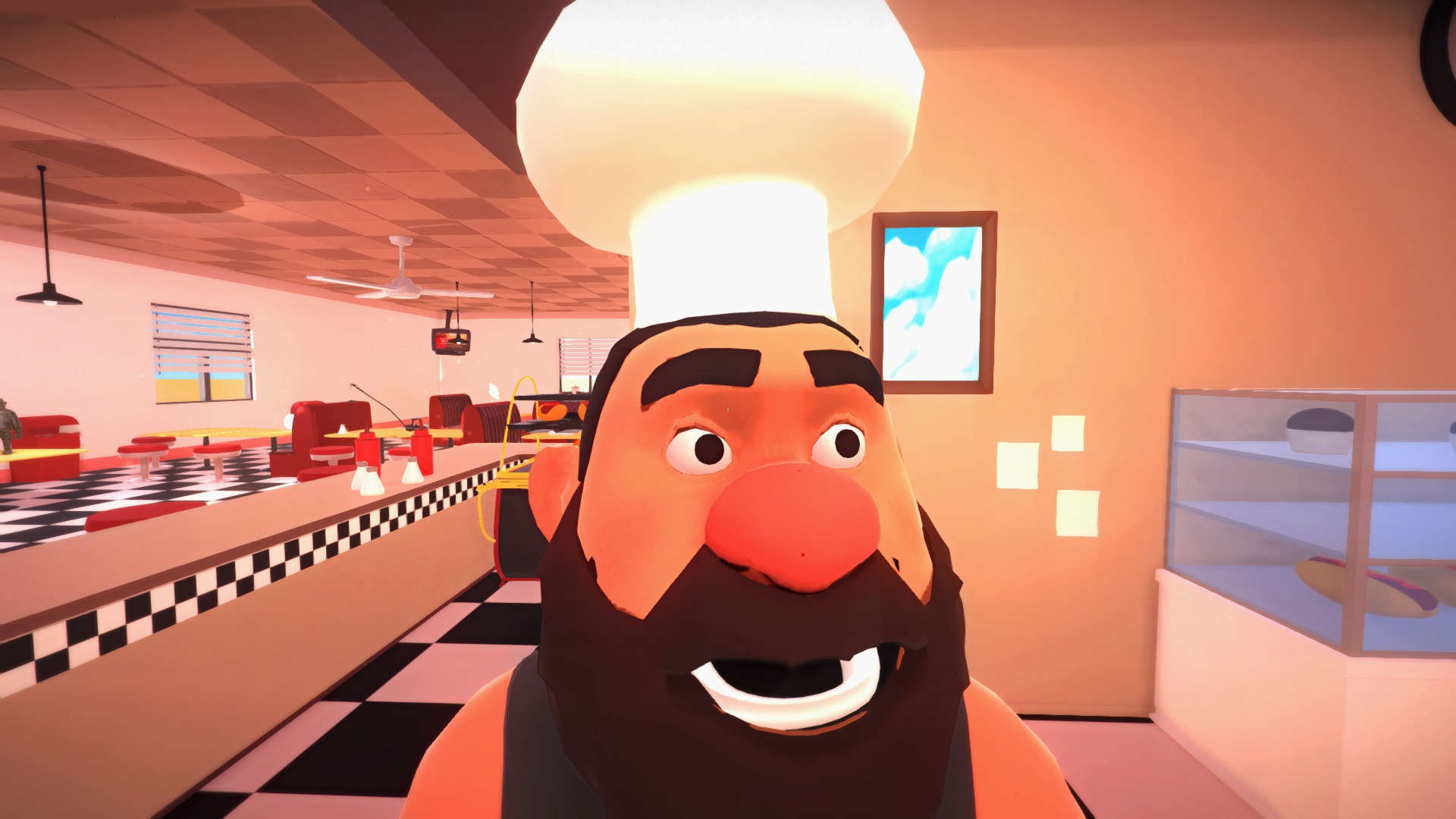 All of the title’s proverbial blocks fall in the place from the second one turns the it on, and that’s because the said blocks are all equally simple. Controls boil down to common actions such as walking, jumping, and two types of ‘use’. Graphically, the title is composed in full of low poly models, and equally limited textures, which coexist with each other in perfect harmony. And last but not least, Suicide Guy’s gameplay revolves around the same set of actions, and there is no unnecessary addition of new mechanics, or systems, as the game goes on. And the simplicity, is what ultimately makes the title in question great – as it understands its limitations, and refuses to cross the line, which unfortunately many modern indies try to blur.

Suicide Guy, may be an incredibly simple game, but unfortunately, it is not without its flaws. And it is rather sad, as the title’s numerous imperfections, which include object clipping, inconsistent framerate, and a plethora of traversal related issues, ultimately do it a lot of harm. And many will probably not stick with a title, which could fling one hundreds of meters into the air, only to drop him into the endless abyss.  And what makes the matters worse, is that throughout the two hours, which it has taken me to complete the title in question, this has happened to me nearly half a dozen of times. And when the final credits have rolled, I was quite frankly sick of Suicide Guy, as in truth, I have spent more time pressing the ‘restart level’ button, than doing anything else.

Suicide Guy, is its own biggest enemy. As for every single thing which it does right, it does about two, which are catastrophically wrong. It provides on with a variety of levels – but all the levels are flawed and can drive one into blind fury. It features an easy set of trophies, but one of them is glitched and is not awarded to all the players. It features a simple yet pleasant stylistic, yet it tanks like Crysis running on an integrated graphics card, circa 2007. And the list can go on and on and on, till the Kingdom Come. And the only people who will find Suicide Guy right up their street, are those who obsess over wobblers such as the Goat Simulator or the rather excellent Human Fall Flat. But saying that, Suicide Guy is not a bad game, it is just ‘misunderstood’.