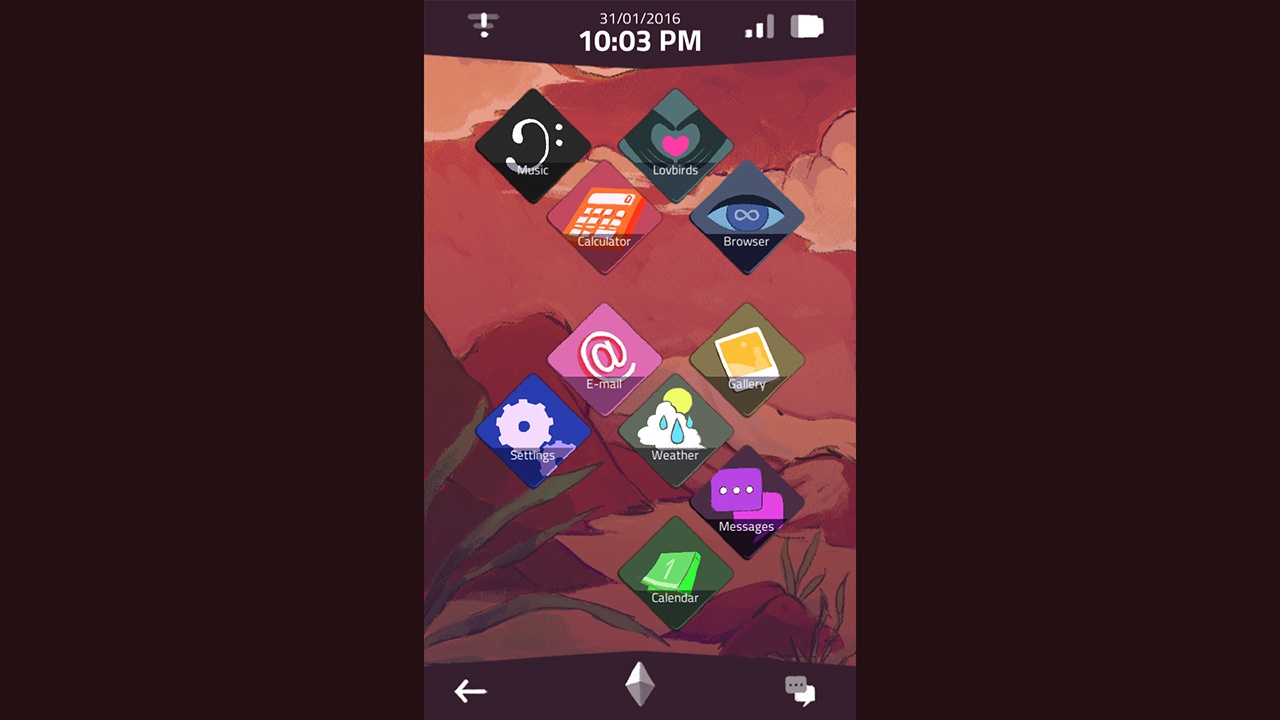 If you can, try and imagine yourself back in the days of the 1980s. This is a period of time that’s transitional, at best, while people slowly begin allowing electronics into their homes in a serious capacity. Sure, televisions and microwaves were already ubiquitous, but home computers are finally hitting prices where people might be able to save for only months, not years, in order to afford one. Could you imagine just finding one of those on the corner of the road, dropped and forgotten, with someone’s personal information attached to it? Of course not: it would be a heavy, expensive and deliberate act that couldn’t possibly happen. Living in a reality where a person can do just that, however, is rather sobering: I’ve found at least three forgotten or misplaced smartphones in the decade since they’ve become rising trend, and each potentially have someone’s entire life and livelihood mixed into it. This sobering concept is what makes A Normal Lost Phone work on several levels: it’s literally a game that couldn’t have existed ten years ago.

The premise of this title is exactly what the name says: you’ve discovered some kind of lost smartphone, and you’d like to return it to its owner. Because you have limited access to what you can and cannot do to it initially, and you have to use your own detective skills to figure out who it belongs to and how to get it back to them. Of course, the first thing you encounter are incoming messages from distraught family and friends, trying desperately to find the phone’s owner, so curiosity and your own sleuthing instincts will win out over “bring this to the police.” What happens next is a bit of a rabbit hole that leads to some slightly surprising revelations and a well handled narration overall. 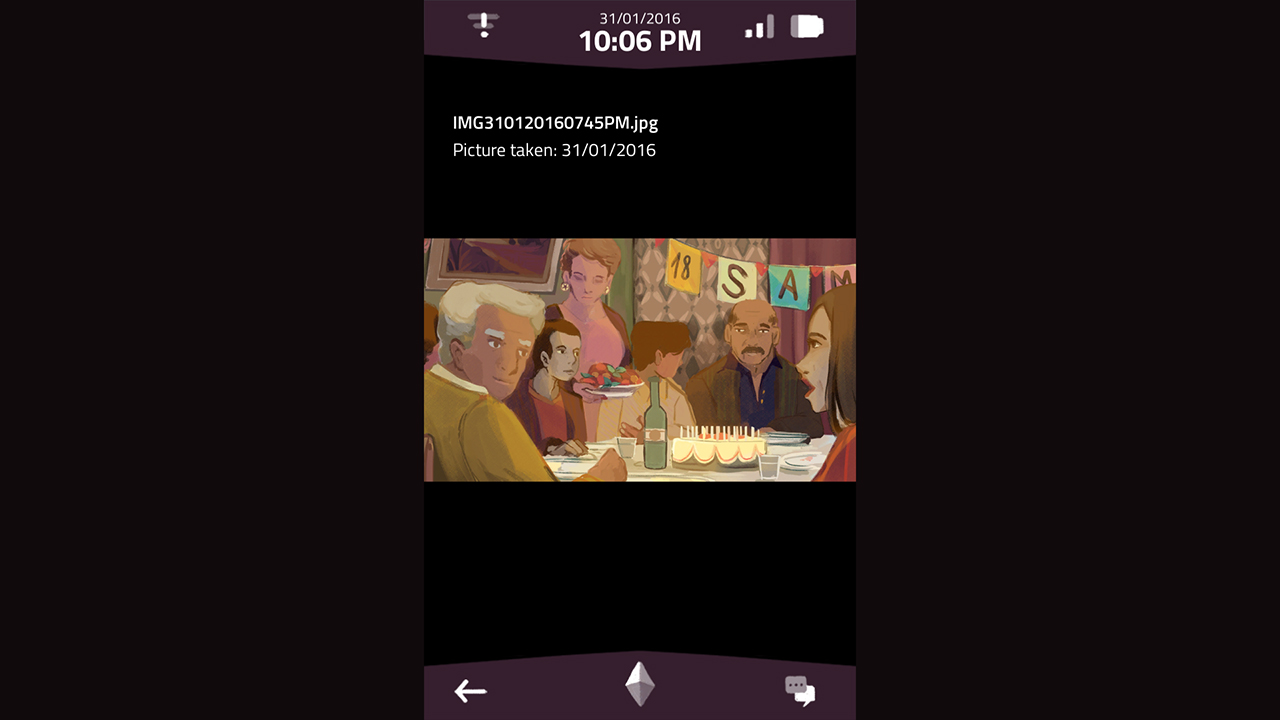 As a mobile game turned console port, it’s important to know that A Normal Lost Phone hasn’t lost any of the charm that it carried in being a meta title on the smartphone. You have the option to play up on the big screen, sure, but most of the satisfying moments will come from playing in handheld, with the Switch turned sideways to better simulate what it would be like if you inexplicably owned an 11 inch long phablet. There’s a lot in the interface that resembles a standard Android smartphone, and you even have plenty of options to poke around in the phone in ways that don’t directly affect the plot, such as choosing original music from the library to play in the background. As far as indie tunes go, the atmospheric music and occasional clips of what Sam (the phone’s original owner) has left on his device are pretty decent, and only add to the mystery of what’s before you. Sure, it’s got nothing on stellar soundtracks like A NIght In the Woods, but it’s still quite decent. In any case, even if you’re determined to play this on the television, I advise you to remove yourself from the common situation and make this handheld in order to better emulate the creator’s original vision.

Now, no matter what else you may believe, please remember that A Normal Lost Phone is, first and foremost, a kinetic graphic novel of sorts with a unique delivery system. There’s no changing how this plays out, the twists and turns you may discover, and, essentially, there’s only one direction to move: forward. There are clues and puzzles to solve within the phone, sure, but they’re incredibly static with one small exception. Since this is a phone and not, say, a full-fledged computer, the developers were forced to try and make the situations as realistic as possible while still making it entertaining. As such, the puzzles focus on trying to find answers by digging through the emails, photos and text messages that Sam has on his phone, plus a bit into his social media accounts. These bring forward numbers, and the numbers never, ever change. Sure, there’s one instance where a social media account will kick you a “unique” number to unlock the page, but that unique number is still randomly generated based on a password reset code which, surprise, is static for each playthrough. 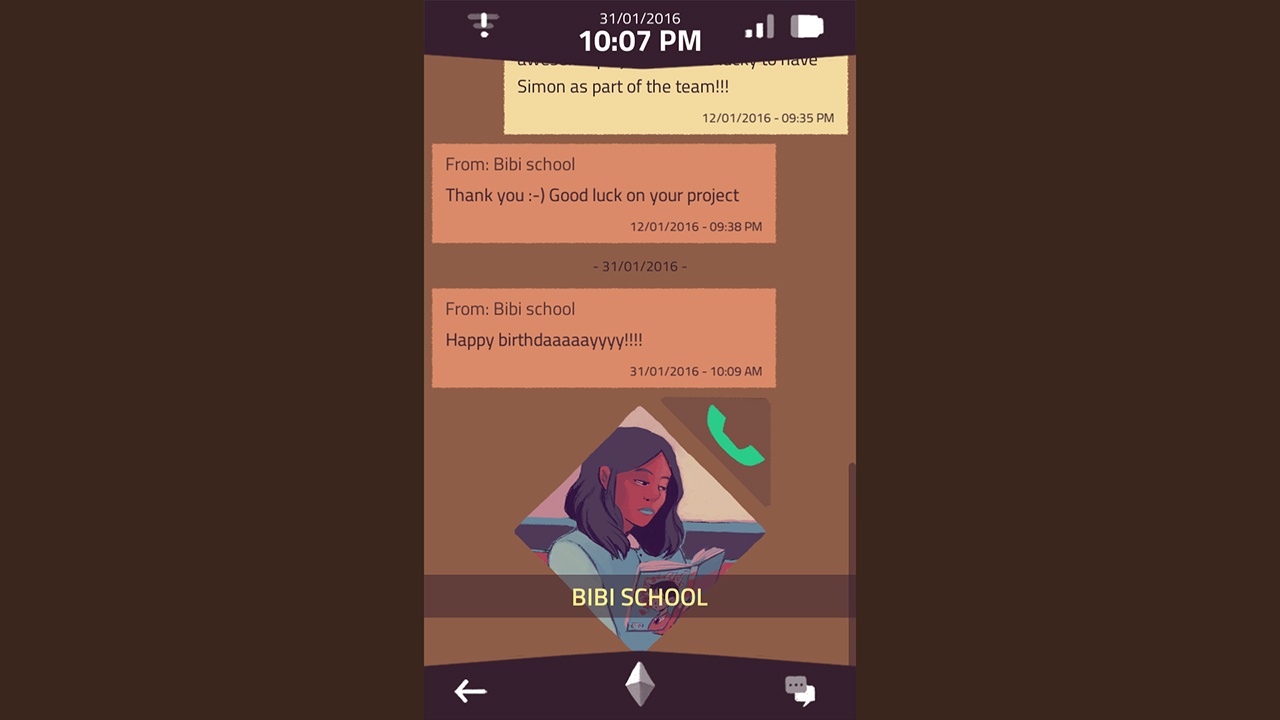 The static element is a general shortcoming for A Normal Lost Phone. No matter how interesting or intriguing the initial playthrough might be, the second playthrough is a fraction of the time as a result of all of the answers being easy to memorize. And, unfortunately, this isn’t set up like a standard visual novel by any means, so the storytelling element can be a bit of a slog if you’re already familiar with what happens. As a result, you just burn through to what you are most interested to read, do that, and call it a day. You don’t even need to play the game again after the first time of “beating” it, because you can simply ignore Sam’s request and keep the phone as is to go back and re-read whenever you’d like. It’s like owning a DVD of the Sixth Sense: you might jump around to check certain moments or relive classic dialogue, but why on Earth would you sit through the entire setup if you already know the big reveal that Bruce Willis is secretly Haley Joel Osment?

But, in a similar vein, it is a cool reveal, and the game certainly doesn’t waste your time in terms of setup, execution or cost. A Normal Lost Phone is a great example of a gaming experiment that does it’s due diligence in bringing something new-ish to the table while also maintaining entertainment. I can’t honestly say that I go back and re-play half the titles that I’ve finished, and not wanting to go at it again shouldn’t negate the overall effort. If you’re interested in new ways to try some new ideas, A Normal Lost Phone certainly delivers, and could do a great job of touching players in ways they didn’t know possible.