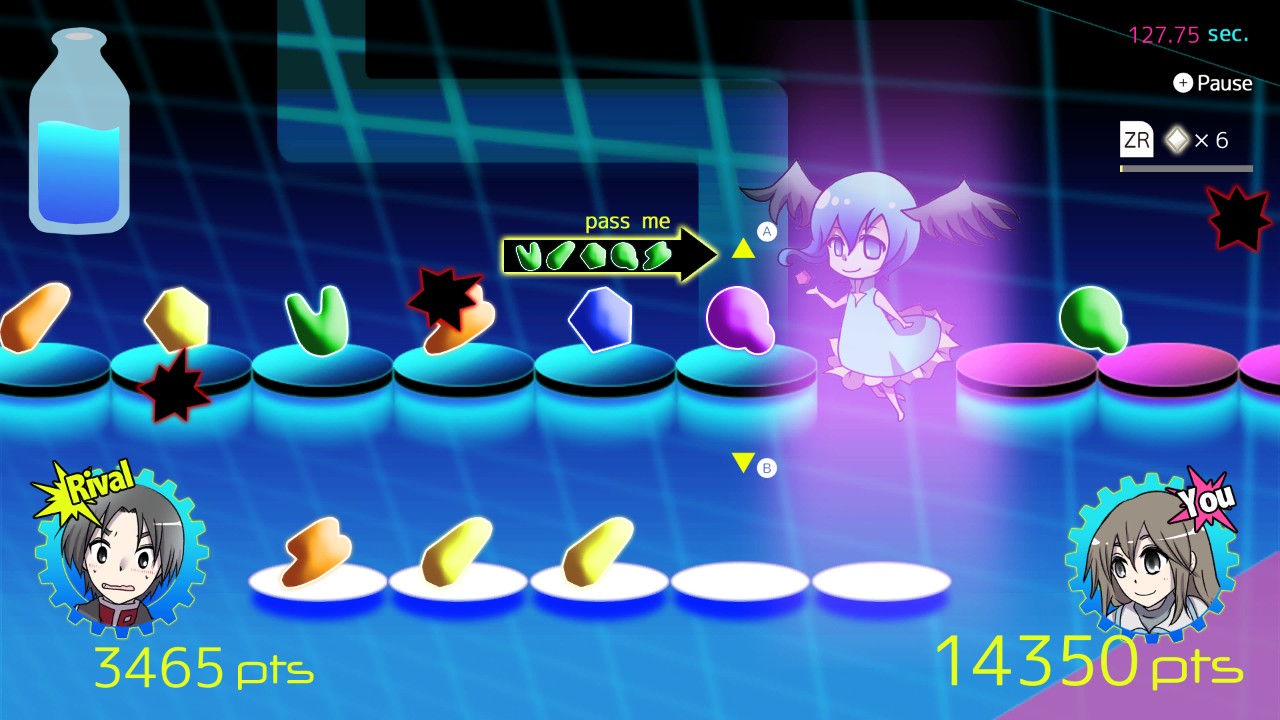 There are some instances where I just never know what to expect. If someone says “rhythm violence,” I would be completely unaware of my next game situation, and then I played Thumper and said “Ah, right, that makes sense.” Or if something was an “erotic culinary quest,” I would certainly be intrigued but would also not want to take the family on such an adventure (Northampton really does have the most interesting businesses). So when I saw that Packet Queen #, an already unusual title, was a “competitive solitaire” title, I wanted to learn a bit more. The result, unfortunately, is a bit underwhelming.

Packet Queen # has a rather uneventful storyline about Juno, a girl who has quit her day job in order to become a full time 1-bit diver, which is to say she’s in “data salvage.” This, as far as I can tell, is like if someone quit their job to become a full time cryptominer: potentially well paying, but probably a terrible idea. The “terrible” notion is only further confirmed when she confides in her AI friend, Prae, that she has little to no idea what she’s doing. Protip to the curious: don’t quit your job unless you have another all ready to go. Far too many people read about BitCoin and watch Shark Tank and think they’re going to blow up with little-to-no preamble. Anyways, Prae doesn’t want Juno to starve to death because then he’d probably be out of a job, so he recruits another bot, Rachel, to help show Juno the basics of Packet Queen, a game that’s supposed to help increase her diving abilities and make her more appealing for companies to hire. But, naturally, there’s a big secret hidden inside Packet Queen that Juno is going to uncover in a shocking reveal that should only shock people who don’t understand the fundamental sci-fi rule: everything that seems too good to be true usually is. 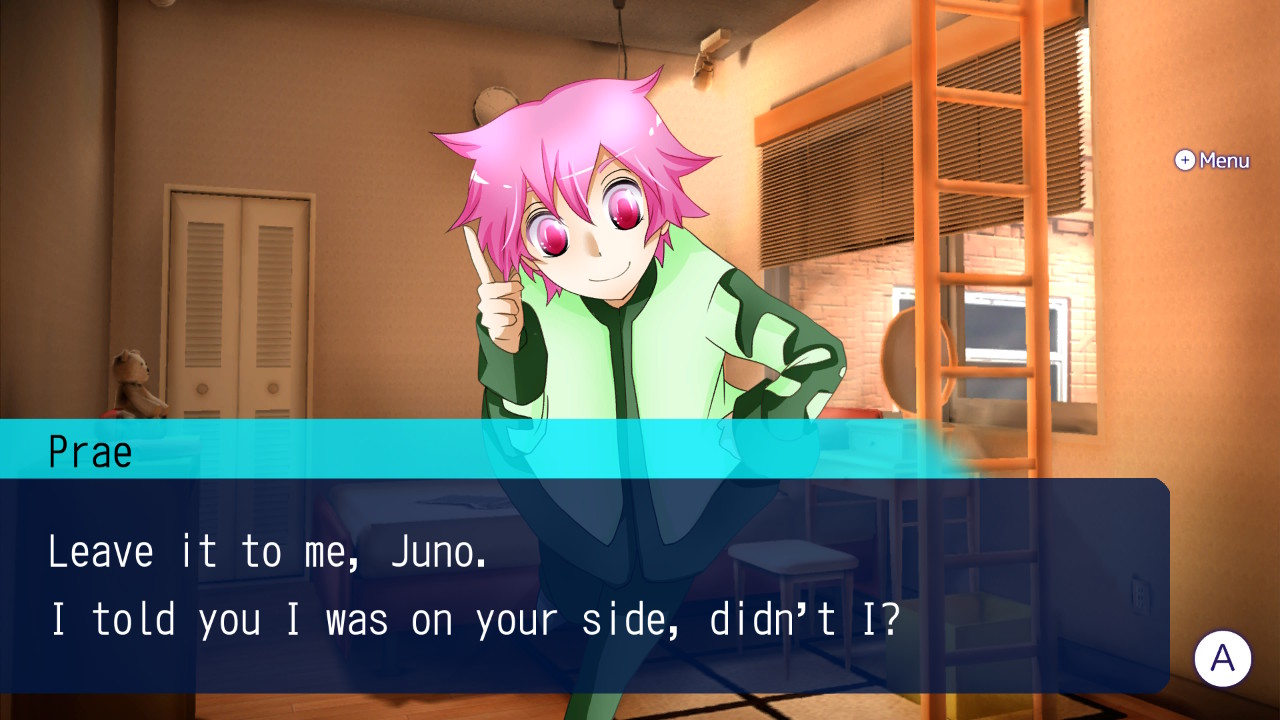 The storyline, interestingly enough, is one of the few areas where I take no umbrage with Packet Queen #. This could have been something where they gave you a quick tutorial and just dropped you into the gameplay, but the developers, INFOARISE, actually put in some good effort to make the characters at least a bit likeable, and make wanting to play compelling. Since the storyline autosaves after each Packet Queen match, you’re more able to follow the way everything unfolds and take breaks when necessary without backtracking or losing much. Sure, the art design of the characters is a little wonky for my taste (the best way I can describe it is “rough anime copycat), but it’s far from horrid and Rachel is actually a cute little mascot. Being able to bake an actual plot into something like this is admirable, so good on INFOARISE.

As for the gameplay itself, here’s where things go a little awry. The basic idea is that you need to sort all the packets that exist in a match. Your queue supervisor, usually played by Rachel, will ask for a specific packet color or shape, and that’s what you gotta send her and that’s ALL you send. Everything else either gets thrown into a discard pile or stored in a hand where you try and make poker/Yahtzee combinations. You can hold five packets at a time, and, if you don’t have some kind of combination, you suffer a penalty (called Noise). If you accidentally throw out a requested packet, you get Noise. If you give the supervisor the wrong packet, you get Noise. Eventually, the Noise fills up the screen and it’s too damn hard to see anything, but you still won’t lose until the game is over. If you make good combinations in your hand, you can remove some noise, and then it gets better. Sort all your packets faster than your opponent to get a time bonus, and any Noise your opponent has goes to your bonuses as well.

First and foremost, the hand concept of Packet Queen is broken. On the one hand, players are going to be apt to try and get the bigger hands (a flush, a full house, etc) out the gate because, well, that’s how you win other games with similar ideas. The only problem is, Rachel explains early on that you get double and triple multipliers for using the same hand multiple times in a row. This means, combined with the time bonus, that the incentive for using variety is out the window pretty early on, and you should focus on getting pairs or two pairs to maximize your score, since there’s no limit to what you can discard (as long as it’s not the requested shapes). Sure, later opponents exercise some strategy that may require you to mix it up a bit, but, by and large, if you’re fast, you don’t have to be creative. 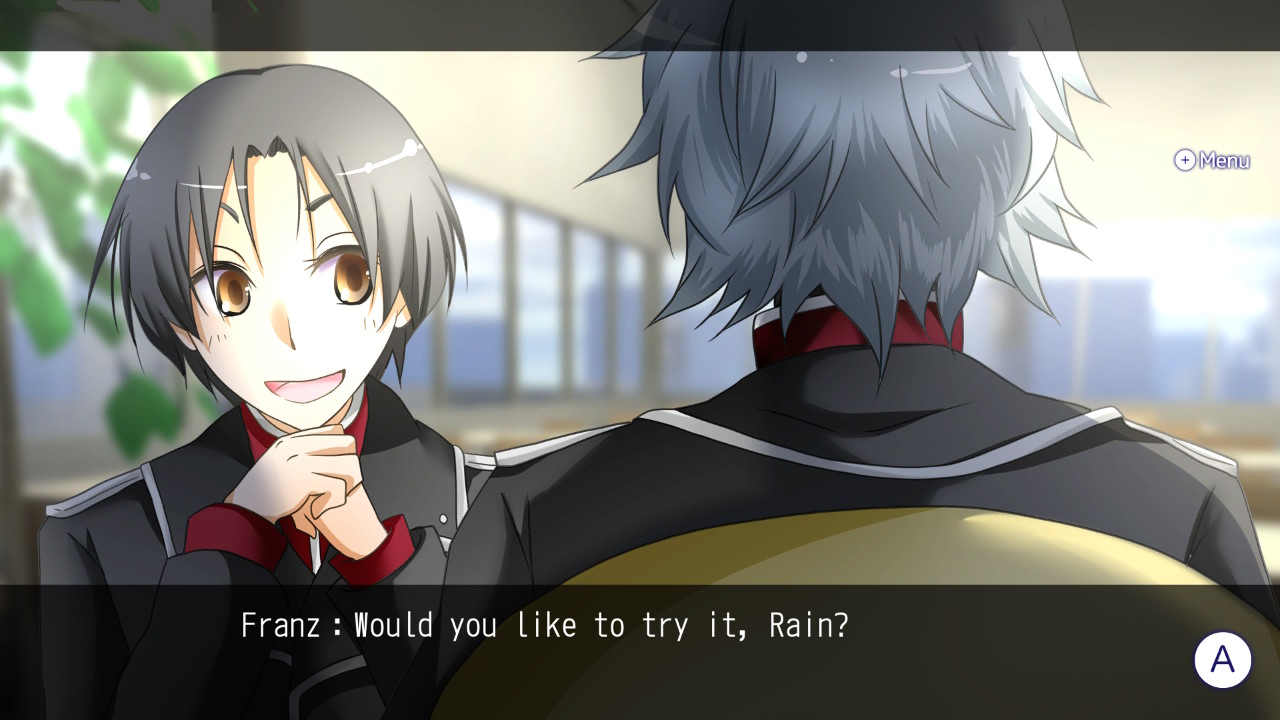 Secondly, once you get into the idea of the game itself, it just feels boring. Packet Queen is a conceptual game that works fantastic for what Juno wants to do with her life and also to help move forward Prae’s secret plot for what’s happening. This is great for literally everyone except for the player, who realizes you can play the game with one JoyCon and you don’t even need anything else. Truth be told, if you’re just interested in the story, you can lean on the accelerator, throw the right packets to Rachel and the rest in the bin, and actually speed through a lot of it without caring for strategy or gameplay. And if there was only a story mode, that’d be fantastic, but there’s the expectation that you’ll want to do the versus mode with other players online.

The online mode of Packet Queen # is one of the more anesthetized, vanilla online things that I’ve seen on the Switch. Since it’s trying to emulate how things go in the story mode, you make a character name and play against an opponent whom you can’t see, can’t interact with and don’t really even know if they’re real. The skill level is totally randomized, but it’s also something where players can drop in and drop out of matches without consequences. I, myself, took to trying versus before I understood the game, got lost, and just hardquit without any penalties or even recognition that it happened. Much like other puzzle titles, this is something where playing online and wanting to do versus is going to rely on how much you actually like the core game mechanics.

It’s utterly bizarre to me that I end up liking a puzzle-ish game’s story more than the gameplay, but here we are. Packet Queen #, though unique, is a straightforward, almost linear type of game, and the ability to succeed or fail relies entirely on color and shape recognition plus speed. If you’re at all interested in an affordable and certainly different trip down the road for single player casual, this isn’t a bad way to travel. However, if you’re looking for excitement or even complexity, I would advise sorting your packets elsewhere.