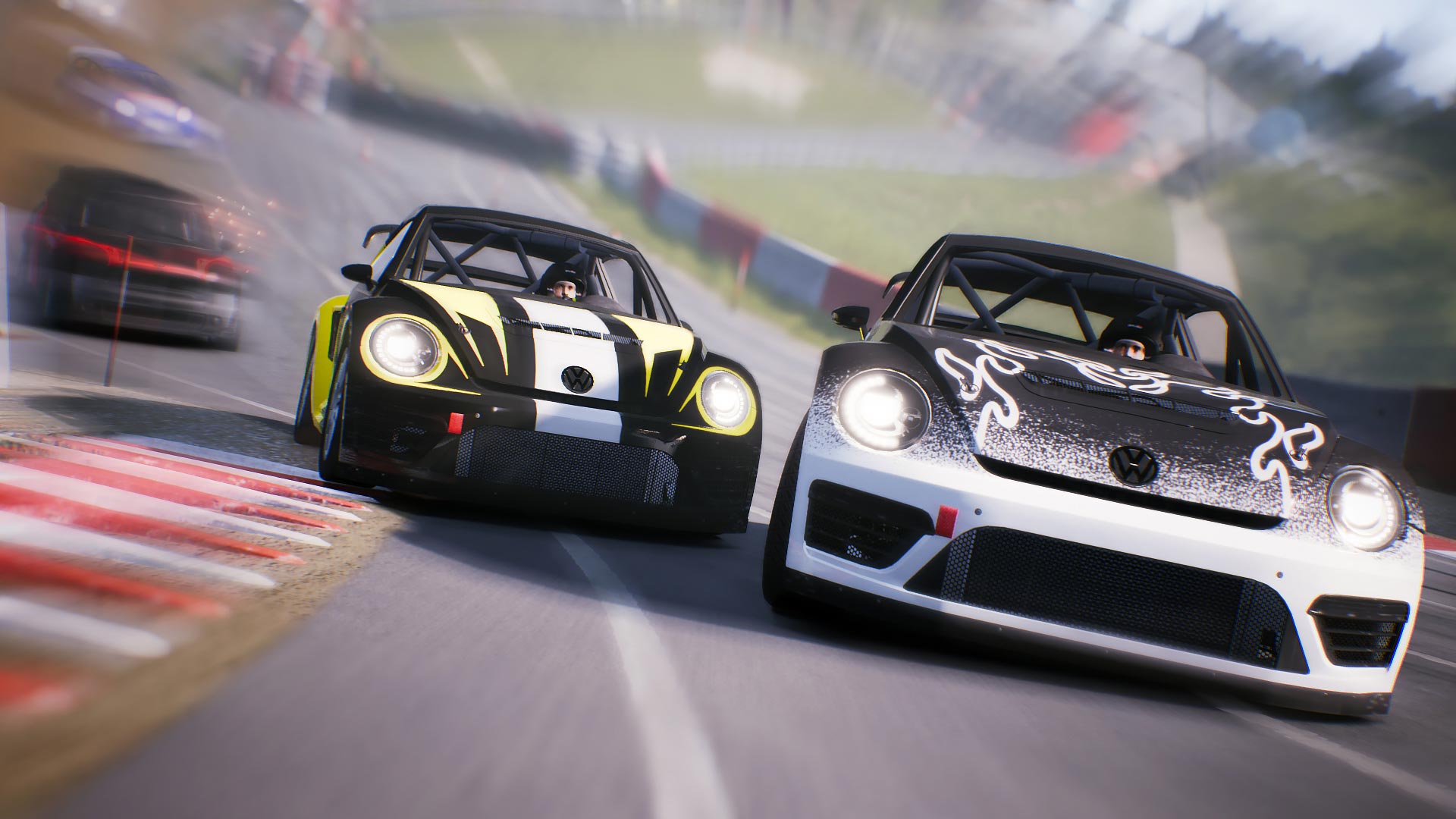 Has the usual affair of on-road racing games got you down? Gravel, developed by Milestone, is hoping to tap into the adrenaline fuelled market of off-road racing by creating this easily accessible arcade racer.

Game modes are exactly what you would expect – a campaign mode, free races, multiplayer, time attack and the more modern weekly challenges.

Gravel’s campaign mode is called Off-Road Masters and involves you taking part in a fictional championship on a fictional TV program uninspiringly called Gravel TV. In this mode you’ll find yourself competing in varied races through all of the 65 stages in the game. Each section is called an Episode (loosely connecting it to the fact it’s a TV show) and you have to gain so many stars from meeting achievements, mainly the usual finishing in a certain place. Each Episode concludes with challenging a ‘Master’ of racing with the aim of getting to the final Off-Road Master Sean Walker. The opening cutscene showcasing all of the ‘Masters’ to compete against was quite hammy, but as I got through the campaign I found the over-the-top style endearing.

Throughout the campaign you’ll compete in four racing modes. Cross Country involves racing from one point to another while driving through checkpoints in fantastic locations such as coasts and deserts, while trying to keep straight when jumping over ramps. Speed Cross is a mix between road and dirt track levels. Stadium Circuits are just what you would expect, tight tracks that end with lots of trucks being left in pieces. And Wild Rush races which are in the same settings as Cross Country but are shorter circular tracks with laps. 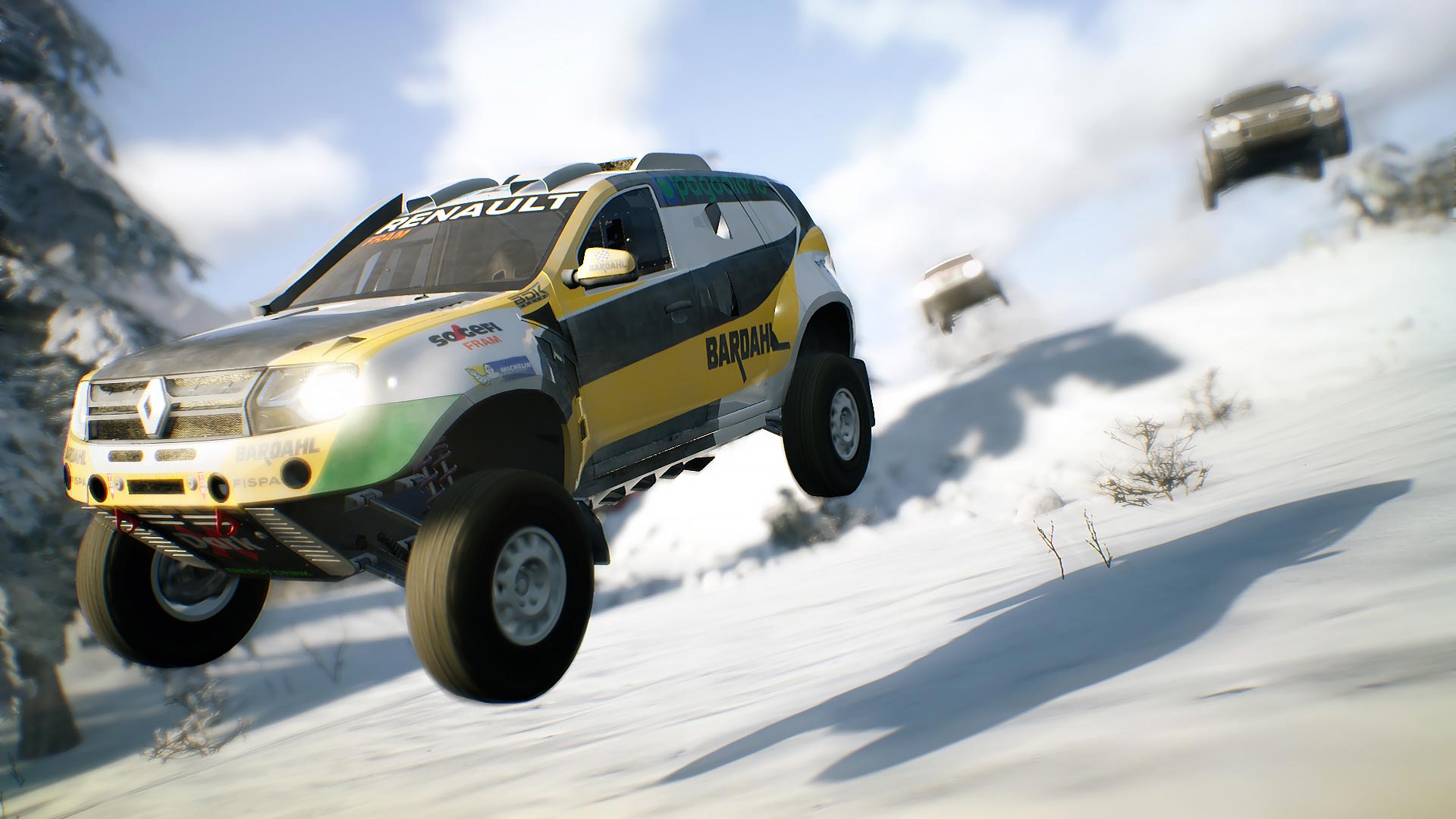 Completing races results in you being rewarded with points that allow you to level up which really only unlocks new cars and skins etc – it’s just like winning money from races but taking away your choice and just giving you unlocks in a set order.

One noticeable aspect is just how accessible the game is. After the loading screen you pick a name and a country for your player ID and then you’re straight into the campaign. Controls are very simple with the only things you’ll use regularly is accelerate, reverse, break and rewind time – which in itself is not an original feature but makes the experience even more friendly for newbies allowing you to retake a dodgy mud slide with better results. There are also several difficulty settings, choosing the easiest mode only leads to less exp points and doesn’t hinder the campaign at all.

Under the hood of this arcade racer there’s a detailed array of customisation options for more experienced players. For your car you can change front suspension, rear suspension, transmission and differentials and brakes and alignment where you can make alterations to things such as spring stiffness, car height and brake intensity. Basically all these things will change the handling of your car and allow for different playstyles. As well as this though to make the experience less arcade and more simulation you can turn off help options such as braking help, TCS, transmission, ideal trajectory, damage (from just cosmetic to affecting performance) and gear changes. More skilled players will benefit by turning off these options with bonuses to received points after a race.

All of the changes you can make to your car and the overall gameplay can come across as very daunting but they’re dealt with in such a way that you can comfortably play through the entire game without even having to open those menus. 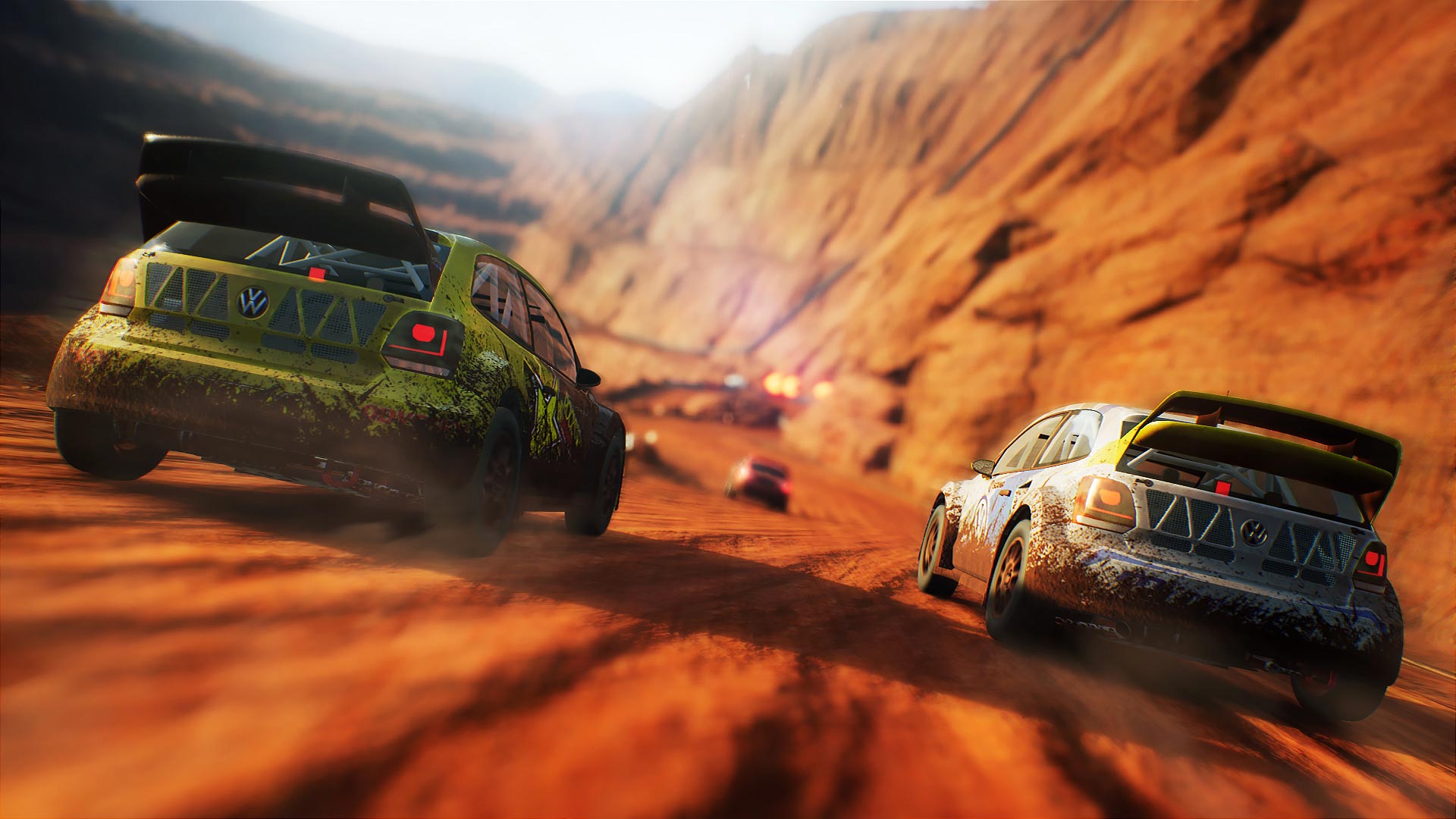 You could be forgiven for expecting the game to look quite bland, off-road racing could easily be a myriad of different shades of brown. In fact this is one of the more vibrant racers I’ve played, with bright colours being found especially in the off-road tracks. Graphics aren’t excellent but are lifted by animations such as mud splashing on your windscreen and tracks from wheels being visible in the dirt. Sound is the typical affair of loud music and even louder engines; thankfully it doesn’t cross into a caricature and helps add to the action.

The AI are very aggressive and this plays nicely with the damage system where cars will end up crumpled messes. It’s no Burnout so smashing into other cars isn’t a valid strategy but it does add to the adrenaline fuelled gameplay.

Other than the main campaign the other mode that offers the most content is online multiplayer. This includes the race types and maps from the campaign plus King’s Rush (king of the hill) and capture the flag. Unfortunately there is no local multiplayer which feels like a let-down for a racing game.

Gravel offers a lot in the form of vehicles, stages, modes and customisation options. These tie well with user-friendly gameplay, strong graphics and sound and decent race types to offer a well-made package for both the casual and more hardcore racing fans. But in the end it doesn’t really push any boundaries, it felt like exactly what you would expect. Maybe the off-road setting is enough to make it a unique experience, but the fact there are several maps that are on asphalt shows that developer Milestone weren’t ready to fully commit to the setting.