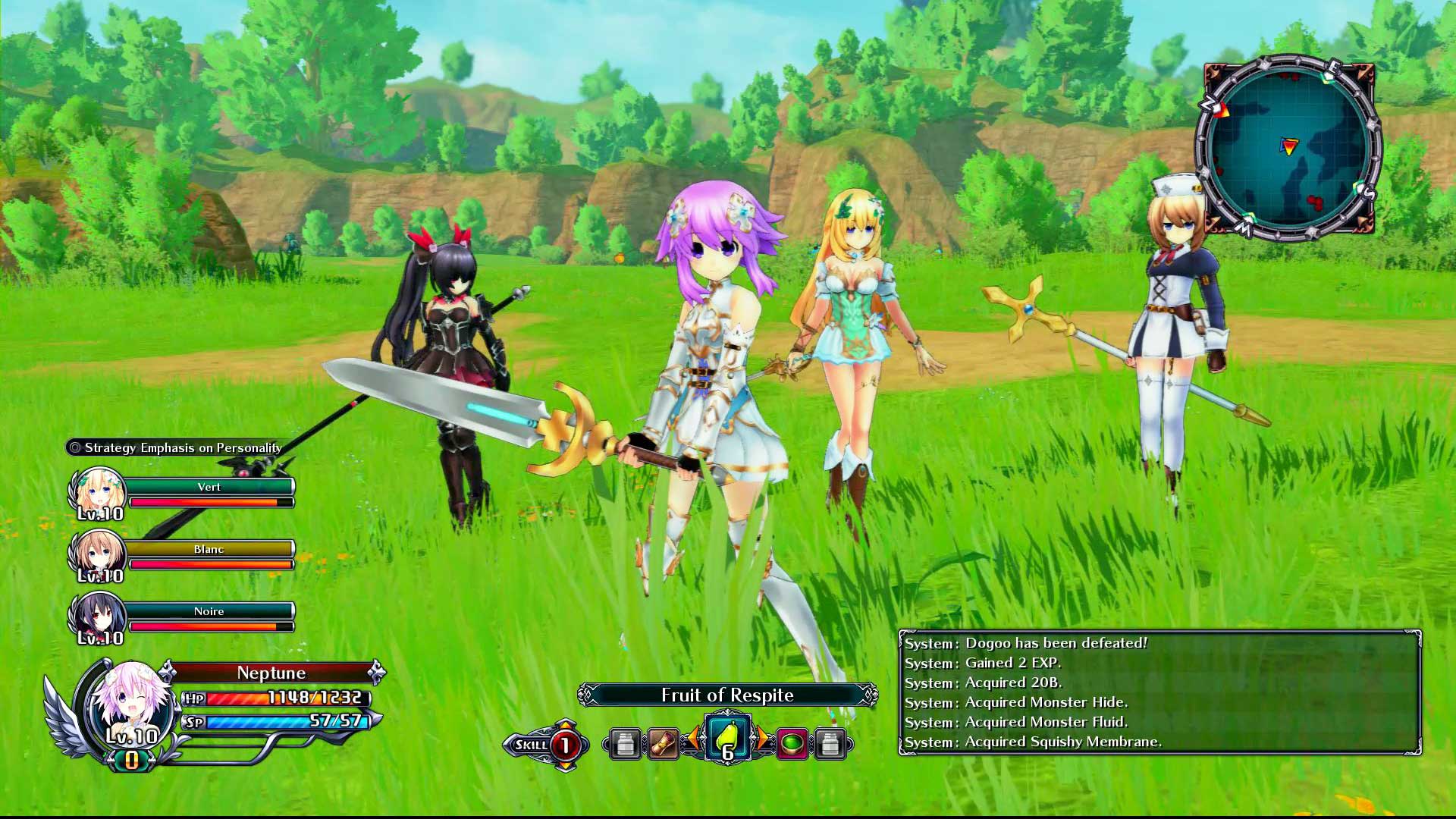 Cyberdimension Neptunia: 4 Goddesses Online is another spin-off of the Hyperdimension Neptunia series. Contrary to what the name might suggest, this is not actually an online game per se, but a single-player game that supports up to four players online. At its core, it’s a mixture of hack and slash, JPRG, visual novel, and pretty much almost everything that is characteristic of the Neptunia universe.

Much like the rest of the entries in this franchise, the game takes place in Gamindustri, a world that exists in another dimension, where four goddesses rule their own nations. If you’re not familiar with the context of the series, the entire setting, dialogue, and actual characters is all inspired by various elements of the video gaming culture. The name of each of the goddesses nations also shares a striking resemblance to the name of actual consoles, and you’re bound to come across many other references like that.

This time around the premise of the game revolves around Neptune, the series main protagonist, Vert, Noire, and Blanc, all being chosen as beta testers for an MMO, as well as other prominent characters of the series as well. With that in mind, this makes it so that the game breaks the fourth wall from time to time, but this happens in relation to the actual game characters playing the game in their own world, not towards you as the player. 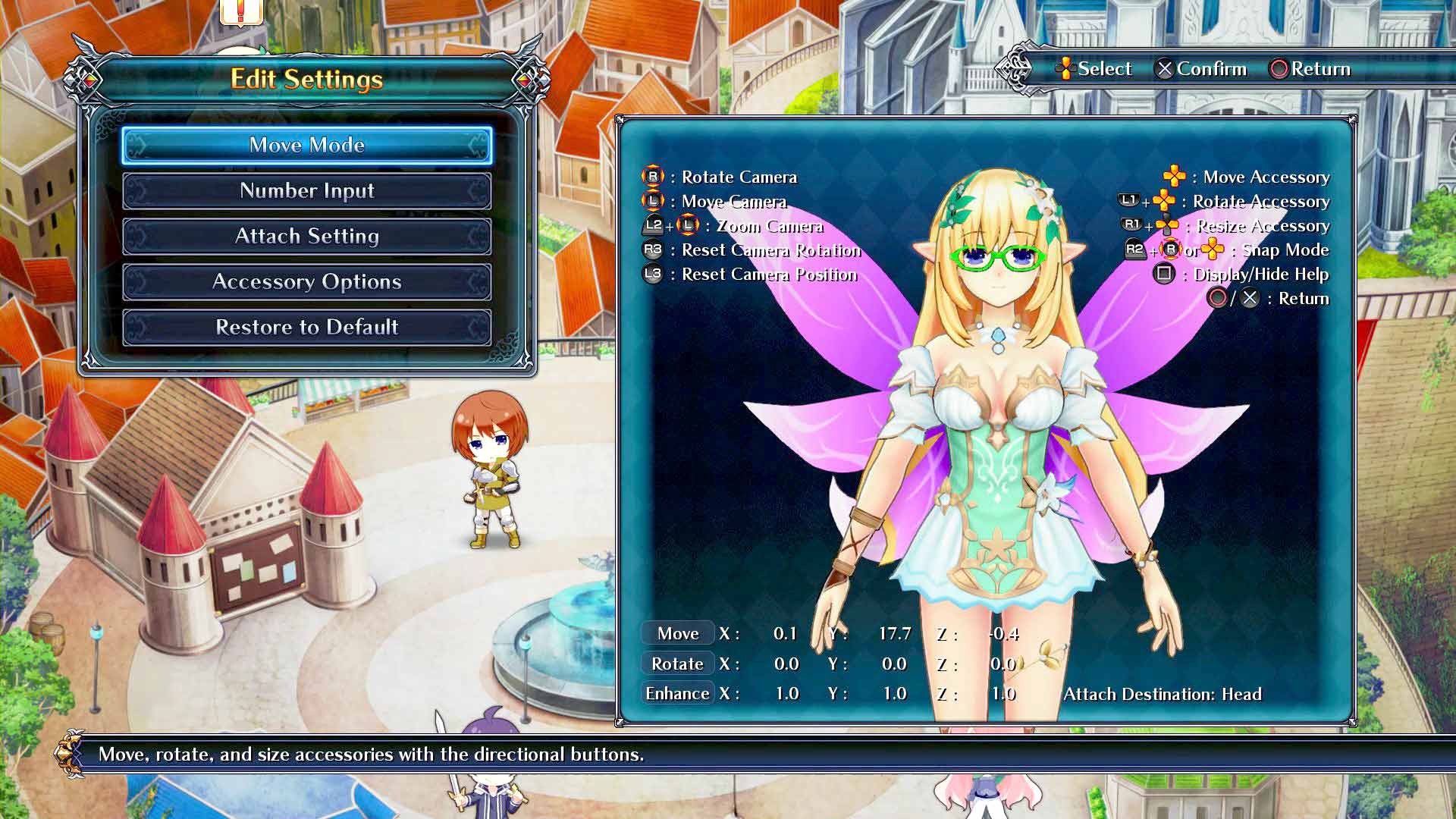 The game’s setting also makes it pretty much perfect to introduce the game’s mechanics since the actual characters are also learning them as they’re beta testing this new online game. The game is divided into several dungeons which you can complete as many times as you want, either for the sake of leveling your characters, collecting materials, or completing quests, and these are introduced as you progress along the story. Right after completing the first dungeon, which serves as a tutorial, the player is introduced to the city of Wishuel, which pretty much acts as a central hub. Here you’ll be able to practice combat, save your progress, create or search for games with other people, purchase new items, accept and finish quests through the Guild, as well as interact with the various characters and activate temporary buffs.

While there’s certainly a main story here, I always felt like this was never one of the strongest points in the Neptunia games, and with Cyberdimension this is no exception. The story is told pretty much in a visual novel fashion, with 2D art and voice acting, with a few exceptions. In terms of the grand scheme of things, the plot isn’t really something that’s in place to keep the players striving to progress, although the game does deserve some credit for its rather funny characters and satire. Ultimately, fans of the series will most certainly appreciate it for what it is, but I’m not sure about everyone else.

Besides the main story quests, the quests that you can pick off the Guild in the main hub tend to be pretty much the same, and you can complete them multiple times in order to keep getting the same reward over and over. From the usual fetch quests of gathering a certain amount of items, to boring tasks like killing a specific enemy type over and over, you can expect plenty of these, which is not exclusive to this title that somehow attempts to create the feeling of an MMO, as some games in the series also tend to have plenty of these.

My introduction to the series was made with Hyperdimension Neptunia Re;Birth 1, and ever since then the thing that always drew me into the series was its combat. With that said, Cyberdimension Neptunia combat is in a hack and slash fashion, unlike the first titles in the series which were turn-based. Personally, I don’t mind the combat system, I think it’s fine, and I believe that a lot of people will easily get used to it. However, despite the fact that the game features, abilities that deal elemental damage, such as fire, wind, ice, and lightning, which can often be used in order to exploit enemy weaknesses, which in turn inflict certain statuses effects on enemies, such as burn or stun, to the lock onto enemies feature, and use of consumables to replenish your health and stamina, the game still ends up feeling like you’re doing a lot of button mashing. 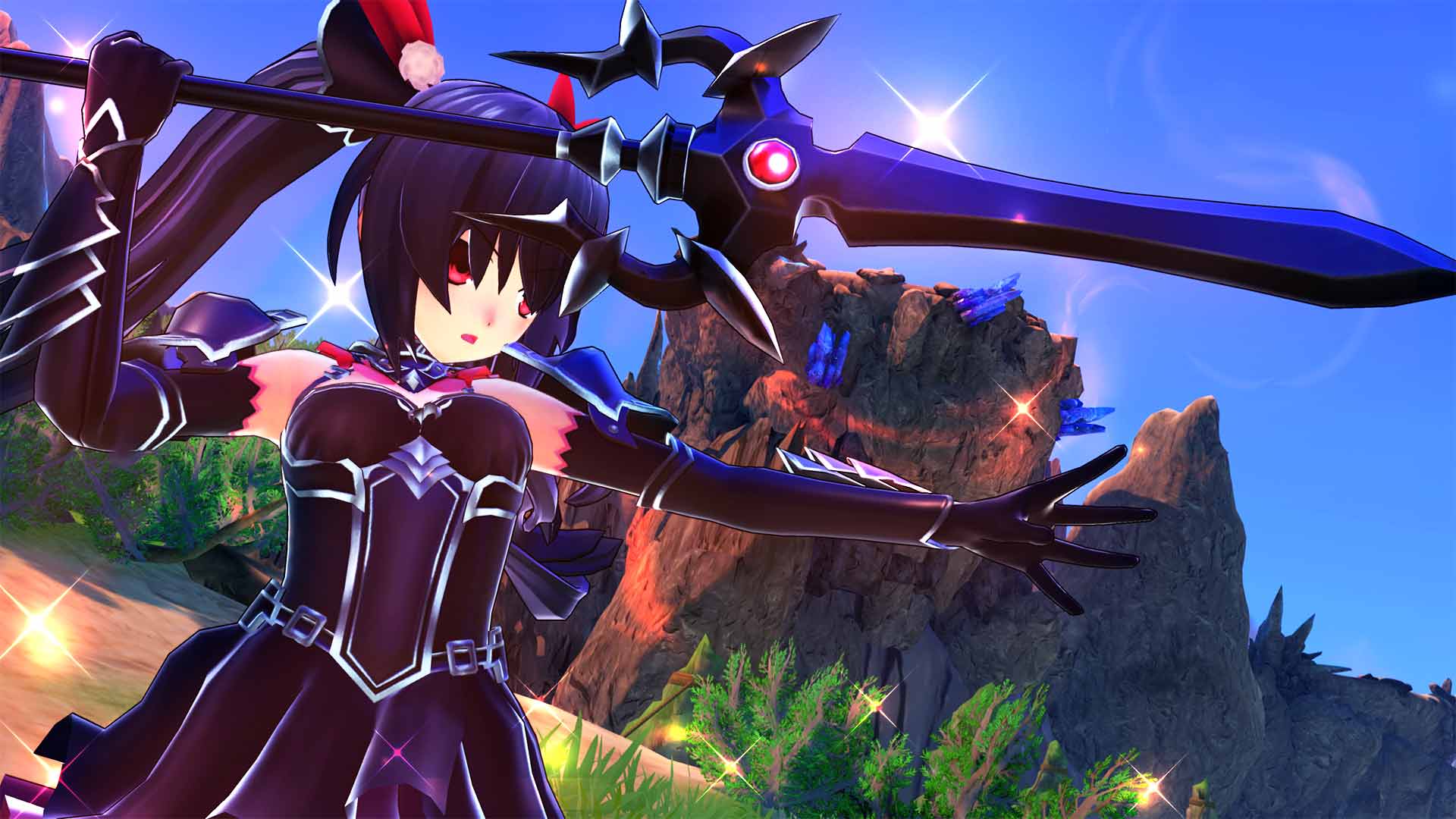 The combat feels like it’s missing something because, despite the presence of different abilities, normal hits don’t really have any sort of feedback whenever you hit an enemy, and to me, that is usually something that can completely change the way that a combat system feels in a game. Being able to equip your characters with different weapons, and obviously different pieces of provocative armor, and changing between your party members does spice things up a little bit, but I still can’t quite grasp how this is supposed to keep you engaged throughout its entirety, especially with all the grind that is required for you to progress.

There’s also an elephant on the room which needs to be addressed, and that’s the fact that, for a game that seems to rely on the fact that it offers multiplayer, its actual multiplayer doesn’t actually work that well. From below par netcode, to the fact that the game automatically kicks you if you are defeated, and also the fact that if you complete a quest or the party leader is defeated the party gets disbanded, these issues seem to just be quite a big nuisance for players who want to enjoy this game cooperatively.

At the end of the day, I feel like the ultimate factor that will decide if this is a game for you is how big of a Neptunia series fan you are, and if you’re planning on trying to play this in online multiplayer. While I wouldn’t say that this is a bad game, I also wouldn’t say that this is one that you must have. The fact that this is the first game in the series to be developed in Unreal 4 is also clearly evident, and it gives me hope to see huge improvements in the next titles of the franchise. When all is said and done, at the very best, this is something that fans of the series might enjoy, but for those that were never introduced to the universe of Neptunia, I don’t think that this is the best place to start.