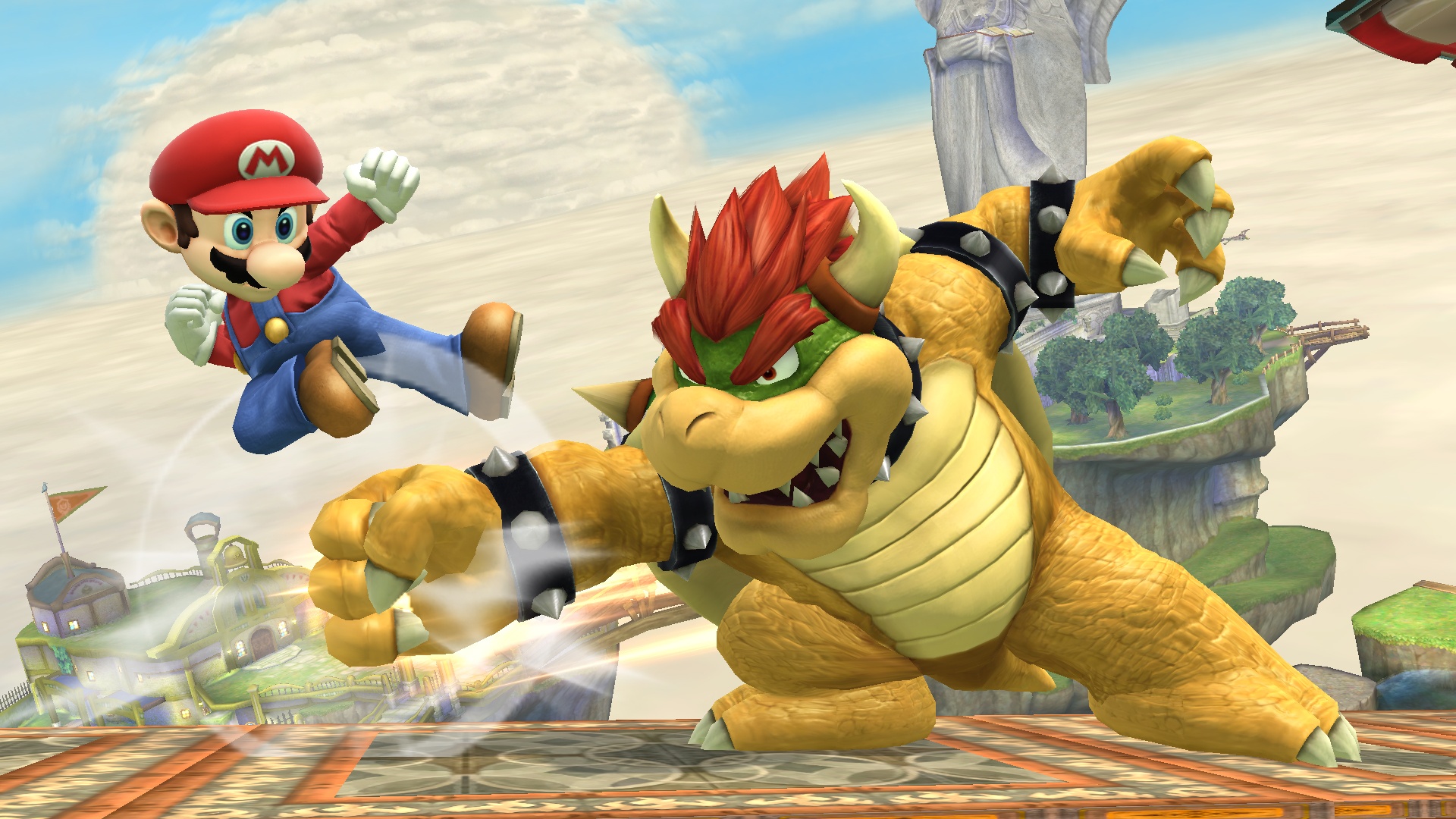 This game is leaps and bounds ahead of the previous title in the SSB series, Brawl. With the roster getting increased from Brawls impressive 39 playable characters, to a staggering 58! With 34 returning characters from Brawl, like the obvious members such as Mario, Link and Bowser but some surprising characters include the Wii Fit Trainer, Bowser Jr, Cloud Strife from the Final Fantasy series, Ryu from Street fighter and even your Mii can take part. Even though both Cloud and Ryu were DLC characters it just proves that everybody wants a piece of the Smash Bros pie.

The gameplay is what you would expect from a Smash Bros title, although they have tried to find the balance between Melees fast paced, technical fighting and Brawls slow, more casual play style to appeal to a wider range of gamers. The first SSB game came out 1999 for the N64 and aside from visual upgrade and added modes, the core game is the same… Fight until you are the last one, if it aint broke. One major update is the sizes of the characters. Bowser now stands much taller than Mario, making characters like Donkey Kong much easier to hit but benefit from a longer reach, whereas characters such as Kirby are noticeably smaller but suffer when it requires him to get right in the other players faces to land a hit. 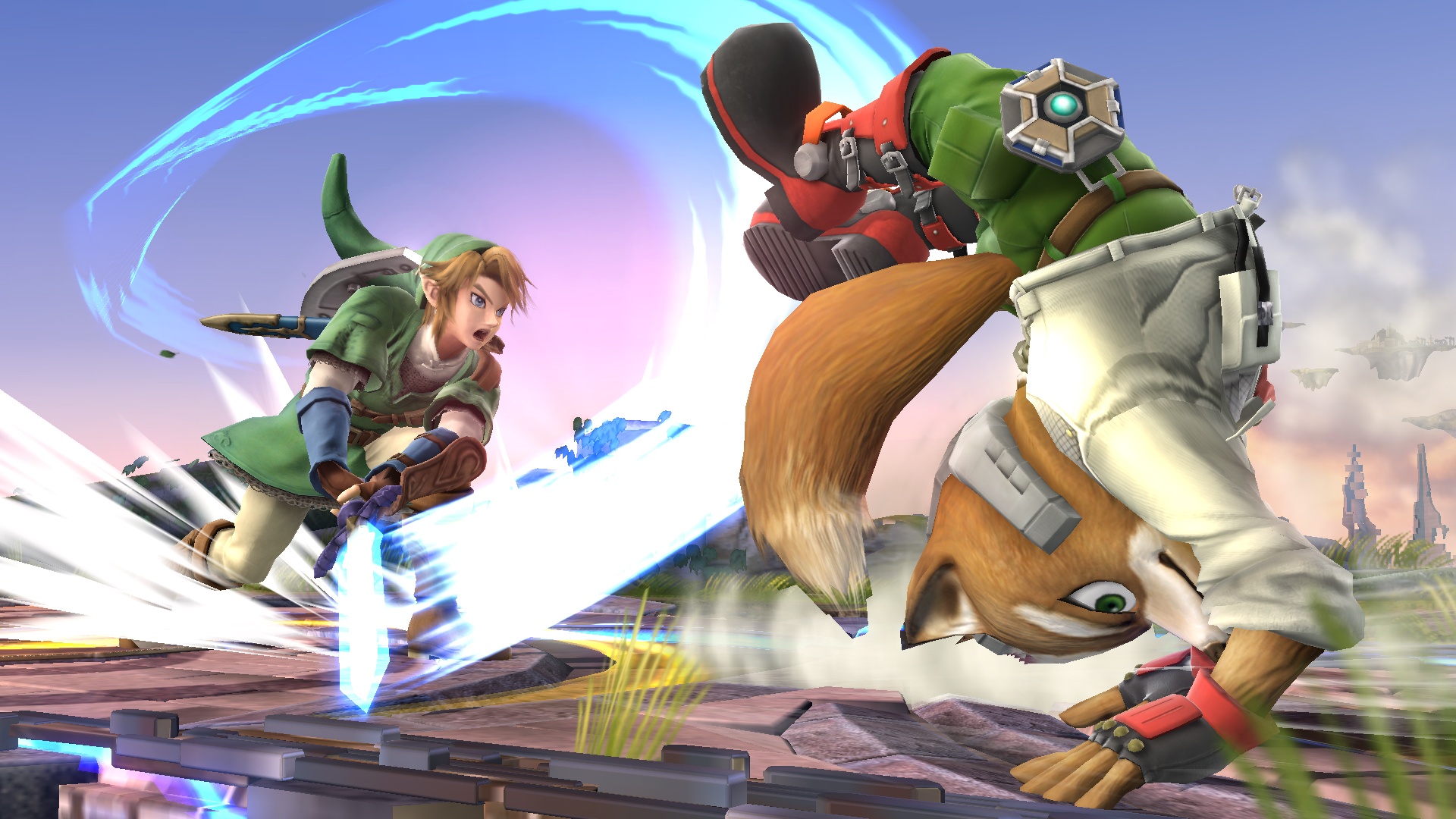 Smash 4 has an intense online scene. There are two options when playing online, For Fun or For Glory. For fun is for people who just want to have fun with their mates or other people to test their skills with the world, while For Glory is for the competitive community. While I have dabbled in For Glory, I always end up back in For Fun purely because For Glory has a way of showing me I am never as good as I think. Aside from online modes, Smash 4 has a quite in-depth single player/offline experience. There are a few party games aside from the standard Smash mode including, Trophy Rush and Smash Tour. Trophy Rush seems to target one type of player… The completionist. This mode has you breaking boxes that fall from the sky while you stand on an empty stage. The goal is to break as many boxes as possible in the selected time, with some boxes offering trophies (which are characters modelled like Amiibos) and secret moves and costumes from your Mii Fighter. On the surface this mode seems very shallow but it is often the simple ideas that make for the best. With way too many trophies to count, the replayablity is obvious. I was very surprised to see trophies of characters that aren’t playable in the game but are from games that playable characters are from. Mega Man, for example, has his standard trophy which is just his Amiibo, but then you can get Mega Man X, Leaf Man and even Dr. Wily. The addition of these collectables are very welcome and offer a very fun way of earning special items you can then show off to your friends.

Items are still a very important part of Smash. Pokeballs, Master Swords, Rail Guns, to name a few, all sprinkled in to the fights, unless you turn them off in the pre-game settings. The item everyone singles out is the legendary floating orb that gives you a Final Smash. These are hands down the best feature for me. Going back to Mega Man, if you use your Final Smash, Mega Man fires a Black Hole Bomb, Galaxy Man’s weapon from Mega Man 9, in front of him. After it explodes, it can suck opponents in. If anyone gets sucked in, then Mega Man X, MegaMan.EXE, Mega Man Volnutt, and Geo Stelar, all protagonists of their own spin-off series, will join Mega Man to fire their Mega Busters in unison in a cinematic Final Smash. It is moments like this that really make you realise what is happening. You are playing as Mega Man, in Green Hills, fighting the likes of Mario and Link. It is a genuinely special feeling. 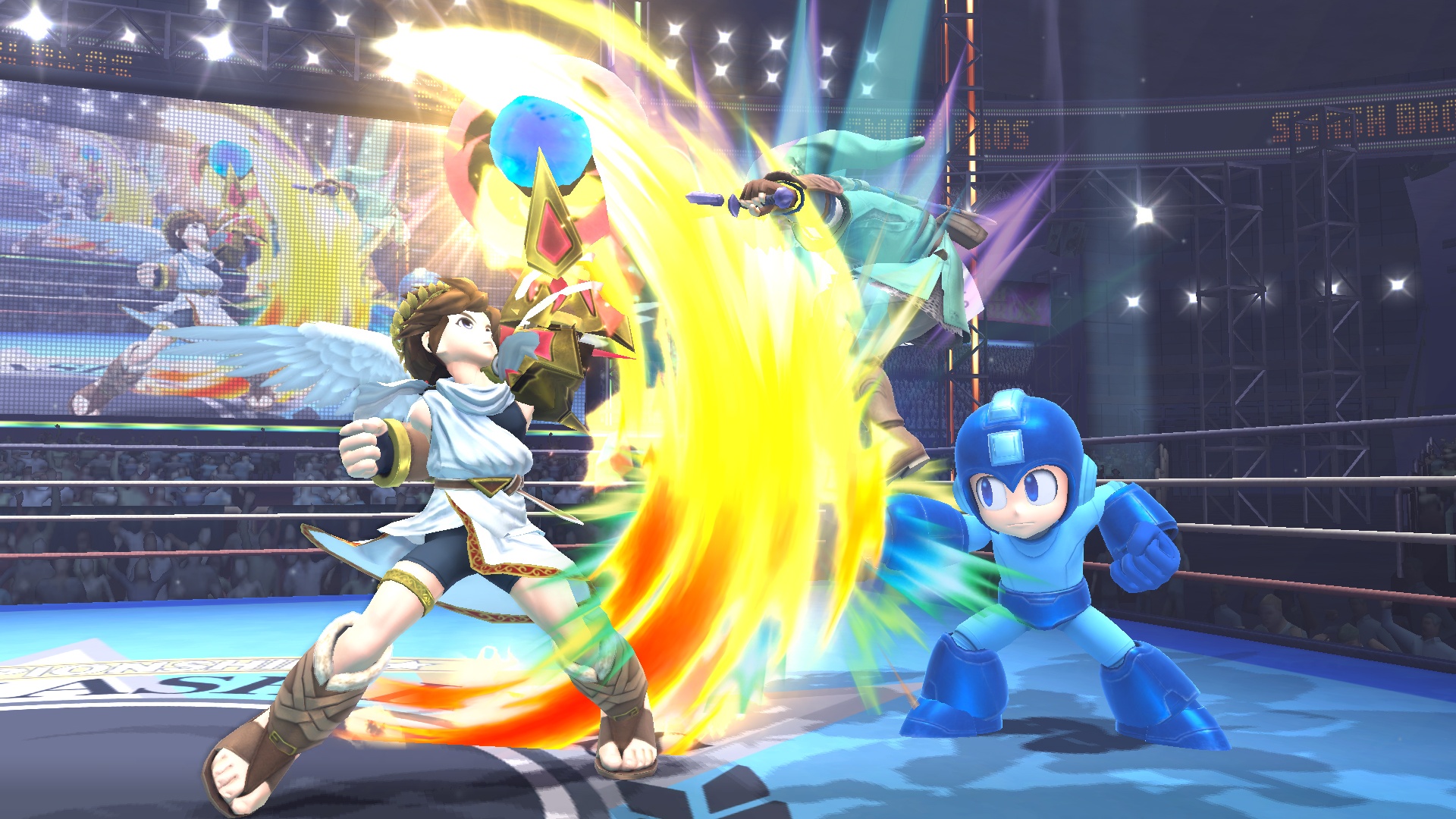 Since this game was released on both the Wii U and 3DS, there were some limitations set by the handheld. With the idea of having a dual release being that you are playing the same game, but on different consoles, the Wii U game does seem to have been bought down a few pegs just for the 3DS. The graphics on the Wii U are beautiful and to be honest, the 3DS isn’t too bad either (once you take off the black stroke around the characters which Nintendo has on by default for some reason), but you can notice that Nintendo wanted much more from the game. Mid game changes are gone now, Zelda to Sheik, Samus to Zero Suit Samus. Now they are separate characters. Charizard is all that remains from the Pokémon trainer character to compensate for the limited power of the 3DS. It is things like adding more to the roster instead of a story mode. I personally would much rather a story mode of sorts than adding the 19 characters. There are a couple of differences between the game though. The 3DS gets a brilliant Sonic green Hills themed arena whereas the Wii U gets the Pac Land arena and some more trophies. But the biggest difference is the ability to play up to 8 players on the Wii U, where you can only go up to 4 on the 3DS.

Super Smash Bros for Wii U and 3DS is a very welcomed addition to the franchise adding a lot of fun ideas but overlooking some key features that made Smash so fun! Aside from the lack of a story mode and the obvious dampening for the Wii U version, Super Smash Bros 4 is my favorite entry to date. Each of the characters feel to have a purpose, the fan service and the way each arena feels unique and really pops off the screen, Nintendo found the perfect mix of Brawl and Melee playstyles, and it only makes me more excited for what else they have in store for us with the Switch release!