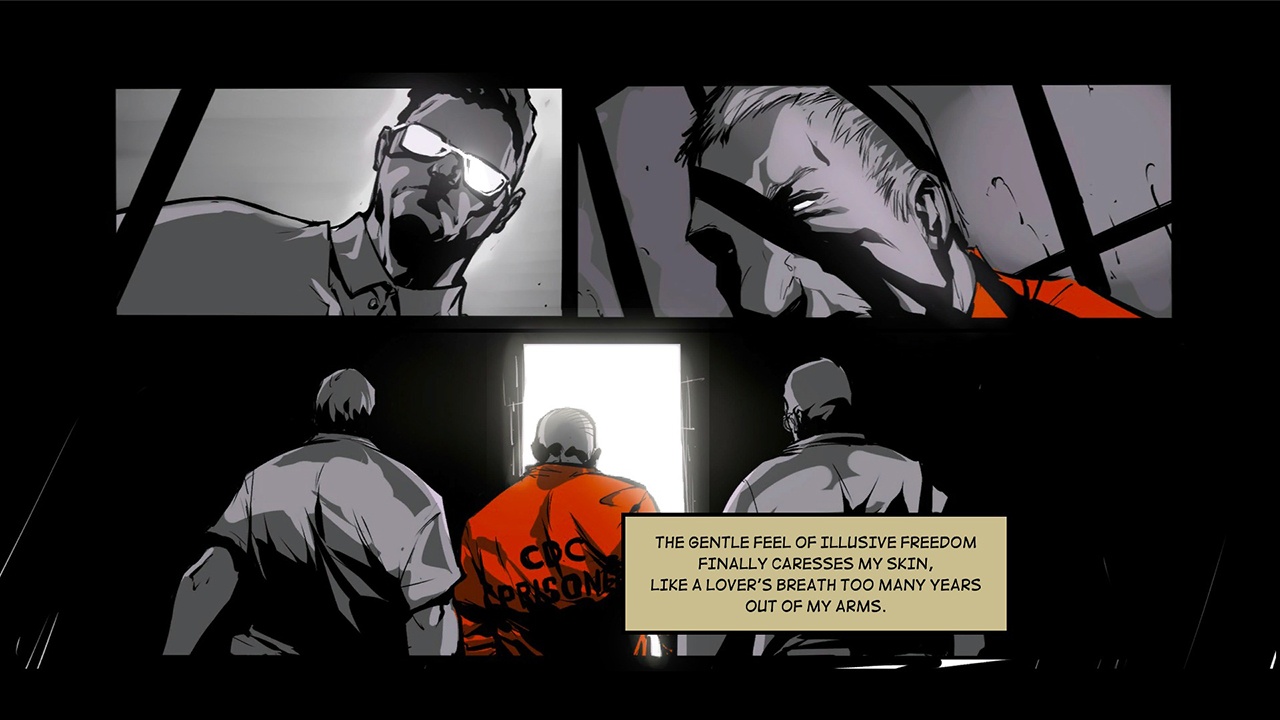 One of Nintendo’s prime objective’s with the Switch console, is to produce a gaming system that contains a library to suit every style of player. With the upcoming Labo, they are incorporating an element for creative and younger gamers, just as there are puzzlers for puzzling people and adventure games for adventurous people. With the release of Metropolis: Lux Obscura however, a game developed by Ktulhu Solutions and published by Sometimes You, they now have a title that accommodates the more, mature player; something not abhorrently associated with the cutesy charms of the Japanese gaming giants.

The story follows the exploits of Jon Lockhart, a man wrongly accused of a crime he didn’t commit. After being imprisoned for years, his release sees him returning to the city to find the person responsible in setting him up with the murder of his old friend. Intent on revenge, his journey takes him through the seedy underworld of the big metropolis, where he mixes amongst the crime lords, strippers, prostitutes and dealers in a quest to uncover the truths of his shady past.

Its narratively-driven story is presented in a comic-book style, with lightly-animated storyboards that suit the look and feel of its seedy backdrops. With a colour palette of greys, browns and blacks, as well as some subtle highlights of a more primary variety, these textual and visual elements provide a fitting aesthetic for its distinctly dark and gritty tones. These sections of the game are further brought to life with solid voice-overs and a cinematic soundtrack, which mixes rock and orchestral scores, to further enhance the player’s experience. Be warned though, this is a story that is deliberately aimed at the adult end of the market and does contain violence, nudity and scenes of a very sexual nature. 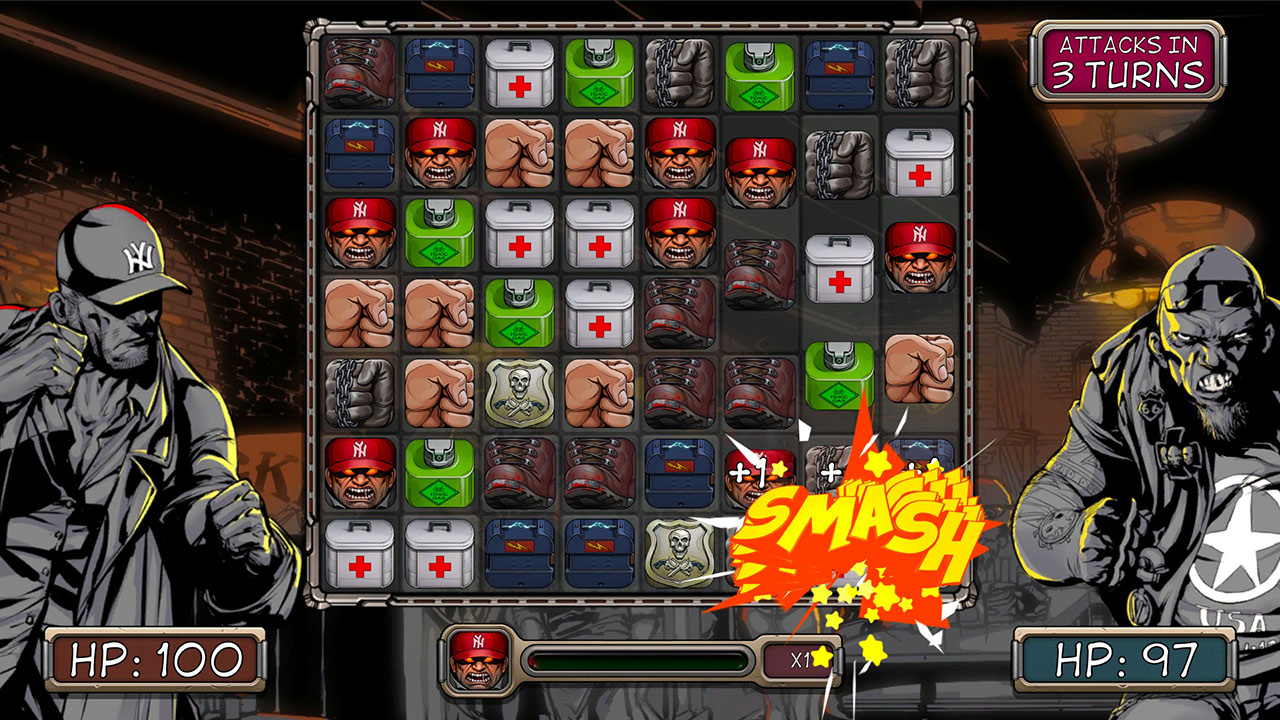 The game has been designed to present a non-linear path in its story-telling component. This is achieved by the presentation of a city map, with certain locales highlighted in colour amongst the industrialised bleakness of the surrounding architecture. The option to choose from several locales presents the player with a choice that can have an effect on the running order and, ultimately, the ending of the game. Depending on your selection, each setting pushes the story forward in bite-sized, chapter-like episodes that are easily digested. This is a presentation that really brings the city and its neighbourhoods to life. However, due to this style of mechanic in its gameplay, the story doesn’t always run along a smooth and coherent path, which can leave the whole element of the story-telling a bit disjointed in its execution.

Despite this fragmentation, the story can be played out in a multitude of different ways. With four different endings, your choices and decisions can alter the path along which its plot and themes are laid out. This is further enhanced during some of the cut-scenes where you are presented a number of option choices that relate to the actions of the protagonist, Jon. These influences work well in offering the player a replay value and adds a form of longevity to the title. Albeit in only a limited form. Character interaction is expertly done, with each segment of storytelling introducing, or building, a relationship that ties in with Jon’s past. However, with its chapter-style and lack of any real detail, any investment into character development soon becomes largely redundant with its directionless motion and all-too-soon ending of the game.

Metropolis: Lux Obscura isn’t just about story-telling though and is, in fact, a game of two halves. Throughout each of the chapters that are presented to you, some of the character interaction involves getting into a fight of some sort. Instead of using a basic fight mechanic, these sections of the gameplay are presented in a puzzle format that is slightly reminiscent of games such as Candy Crush and Puzzle Quest. Presented a grid of various icons, with Jon stood one side and his assailant the other, as well as a number of hit-points, your objective runs in a similar fashion to the match-three mechanics that so many puzzle games contain these days. 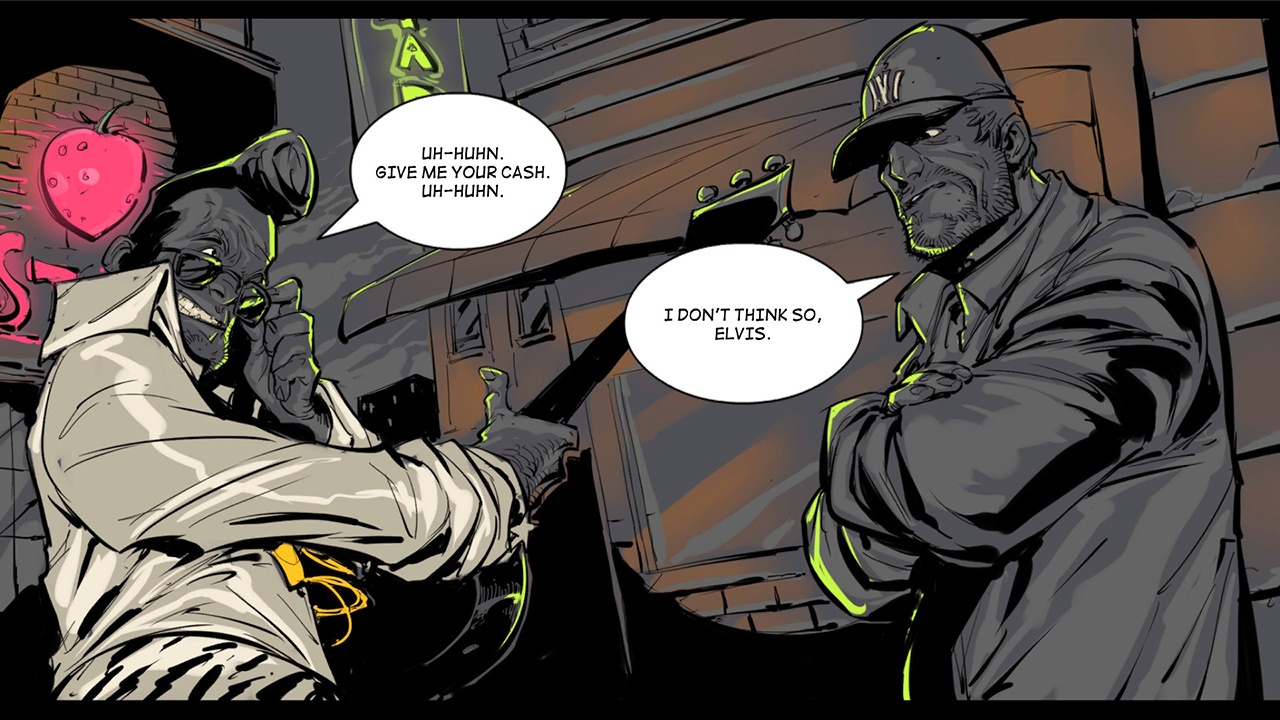 Selecting an icon produces a path along its intersection, both horizontally and vertically, which you slide along in order to produce, three matching pieces in a row. Items such as bottles, knuckle-dusters, chemicals and tasers deal out the damage that reduce your opponent’s hit-points, whilst first-aid packs garner your health, badges provoke police brutality and Jon’s face produces anger, which activates a hit modifier. Depending on what enemy, or enemies, you are facing, you are given a set number of turns in which to deal as much damage as possible before your opponent strikes. Whether or not your assailant is armed, depends on the amount of damage that they can give you, though it is often a lot more than you can give them. However, having a three-to-one hit ratio can help to even things up a bit.

These puzzle sections of Metropolis make up the bulk of its gameplay and do provide some form of entertainment. Although an element of strategy is required in your icon selections, there is also a large element of luck with icon distribution and combination hits. Some of the foes encountered, with some even having back-up, do put up a good fight and can provide a suitable challenge, although with its random element incorporated into the gameplay, this can be a bit hit-and-miss at times. Winning a fight, then presents you with an option of four different modifiers, each of which produce extra elements into the mechanics of each of your future puzzles that you play.

Overall, Metropolis: Lux Obscura isn’t a bad little game. However, it does contain a number of elements that do hamper its experience. With its nature of story selection, it’s very easy to pick a fight that you are not equipped to handle. With every death taking you back to the city map screen, you can pick another route to take, but all this does is further attribute itself to the disjointedness of the story’s flow, which does have an impact on your overall enjoyment of the game. I also had a couple of instances, within the puzzle section of the game, where icons didn’t appear or the touchscreen stopped responding to my input. However, it was extremely easy to resume play and didn’t really break the game for me. My major gripe, though, is probably the overall length of the game, which can easily be completed within an hour, depending on your selections and skill, or luck, in the puzzles, and the story just finishes a bit too abruptly for my liking; despite it having four separate endings. I did feel disappointed by this and even a little short-changed. However, this is still a game that I keep finding myself drawing back to. It may not have a lot of depth in its gameplay and it also contains an incoherent story, but what it does provide is some form of fun and entertainment, especially in a casual capacity and, despite its frustrations, this will be a Metropolis that I will definitely continue to visit from time to time.