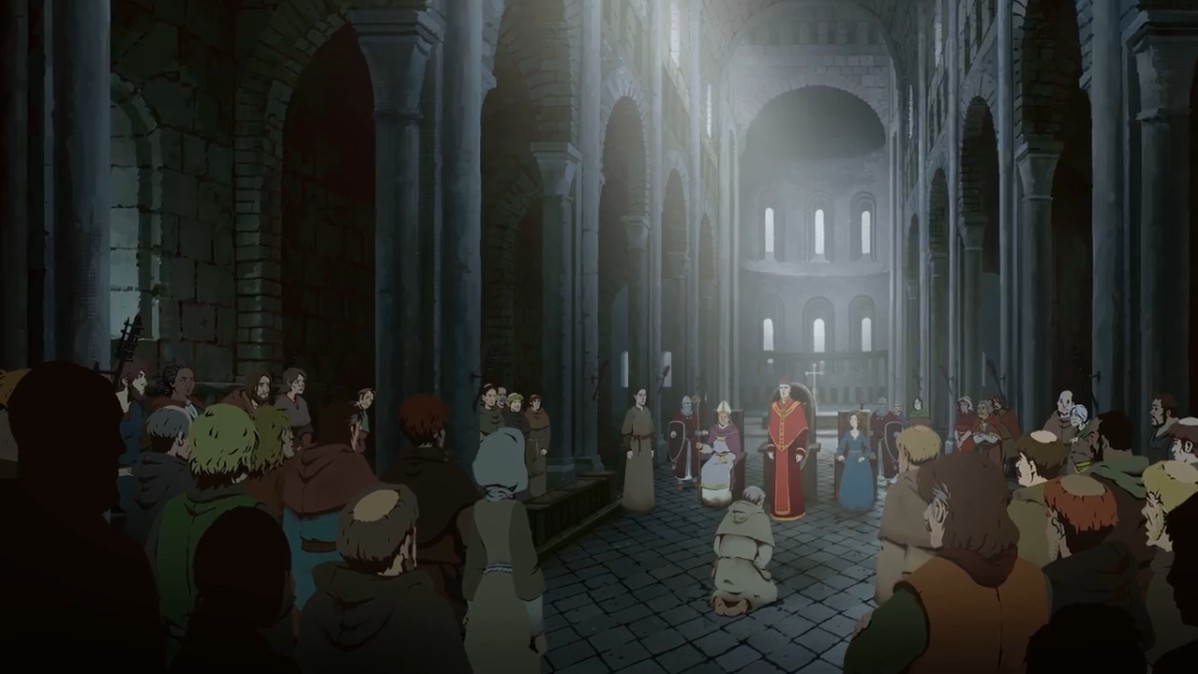 Ken Follett’s Pillars of the Earth, both in book and video game form, is an example of excellent narration, and even better writing. As Daedalic’s series, which is based on Ken Follet’s work, has been nothing short of perfection, within its first two parts, or books as the developer has called them. However, all that is good has to come to an end, and while the third and final book of the series titled Eye of the Storm is much weaker than its predecessors, it is still competent enough to be a part of this trilogy.

The opening of the third and final book, in Daedalic’s adaptation of Ken Follet’s costume drama, is arguably its lowest point. And it is not just the lowest point of the said book, it is the lowest point of the trilogy as a whole. And that’s because more than the half of events which occurs within this particular chapter is incredibly unnecessary. It forces you to meet new characters, who disappear forever in minutes, if not seconds. And worst of all, it has you watch and stare at the title’s map for over thirty minutes, as the core gameplay of this particular part revolves around going back and forth between locations which are either very limited, or simply non-existent.

The very first chapter of the third book, unlike the rest of the tale, is simply boring – and there is no other way to say it. There is no excitement, no intrigue, and ultimately no connection between the player and narrative. And by the time one reaches the end, he/she will either miss out on the large portion of what happened due to not paying attention, or simply because not much happens during the sequences taking place within the book’s first chapter. Thankfully, the story of Eye of the Storm’s improves as it goes on, but it never reaches the highs of the previous episodes. 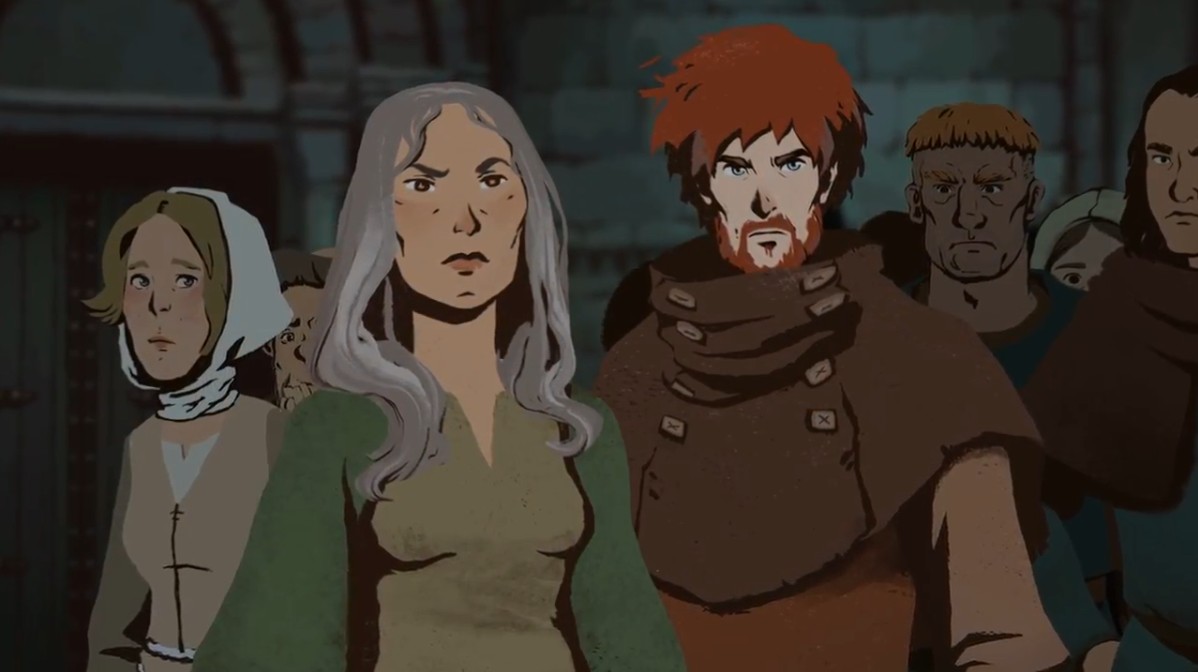 Eye of the Storm, as a sole product, feels like it has been produced by an entirely new studio, as in many ways, it is nothing like the rest of The Pillars of the Earth. Books one and two, were incredibly stoic, but they achieved an incredible level of user engagement through exciting narrative, and solid writing. All that happened on screen always seemed reasonable, and never touched upon the realms of fantasy. But unfortunately, the same cannot be said about the third and final book, Eye of the Storm.

The third and final part of The Pillars of the Earth, has its moments. For example, the trial of Prior Philip is astoundingly nerve-racking, and can pull an immense range of emotions of the player. But just minutes after the trail comes to an end, it is followed by a scene which simply doesn’t make sense, due to what has transpired during the trail. In addition to that, the video game reimagining of Ken Follett’s Pillars of the Earth, has also handed very poorly various other significant moments, which can fill the player with disappointment. Yes, this title is not following the books one-to-one, but every single time that it has strayed from the path set by Ken Follett, it has seemingly drove straight off a cliff.

When the first episode of this particular series has been initially released, I praised it into heavens and treated it as the video game embodiment of the second coming. And as much as I’d like to say the same about Eye of the Storm, I unfortunately can’t. The overall quality of writing which can be found within the said episode is subpar in comparison to the rest of the series, and ironically enough, the episode in question is simply too long. And that’s because it simply features too much filler. 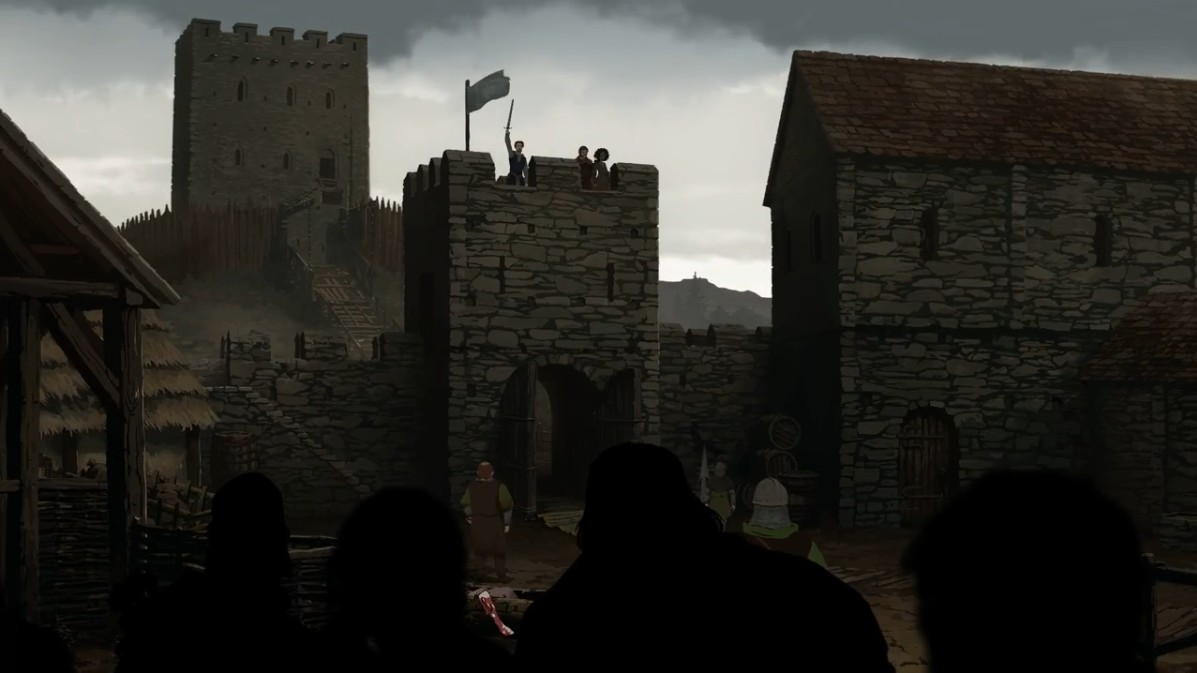 As stated above, the very first chapter of the third and final book, features a plethora of scenes which feel like they don’t belong to be in the game. And in many ways, they feel just like hollow padding, and tasteless filler which ruins the otherwise acceptable meal. In fact, if one were to cut out all the newly introduced characters from the episode, and all the scenes which come with them, he/she would be left with a much more streamlined, and frankly much more enjoyable product. And while this would decrease the running time of the episode significantly, it would ultimately not damage it in any way. As all three episodes combined, even after the deletion of the abovementioned scenes and characters, could still take one as many as 20 hours to complete in full.

In general, Eye of the Storm feels incredibly rushed and inconsistent, in comparison to the rest of the series. And while playing I couldn’t shake off the feeling that I’m playing a game which had to be released as soon as possible, instead of being published when ready. And my worries have in fact been confirmed throughout by numerous technical difficulties which were absent from previous episodes. Things such as black-screen cutscenes and missing lip-sync animations are incredibly common – so much so that one of the end-game conversations has taken place with one character keeping his mouth completely shut, despite of spouting paragraphs of text.

As a finale to such an excellent series, Eye of the Storm feels a little disappointing. And that’s not necessarily because it is inexcusably bad, but simply because it could have been handled much, much better. And I am more than aware that Daedalic knows that, and I have an inkling that Eye of the Storm is in the state it is, just because it had to be rushed in order to launch in a timely manner. And all the minor bugs and other discrepancies prove such deduction to be more than correct. But even with all its shortcomings, Eye of the Storm is still a relatively great episode, in comparison to other adventure games of the current generation.