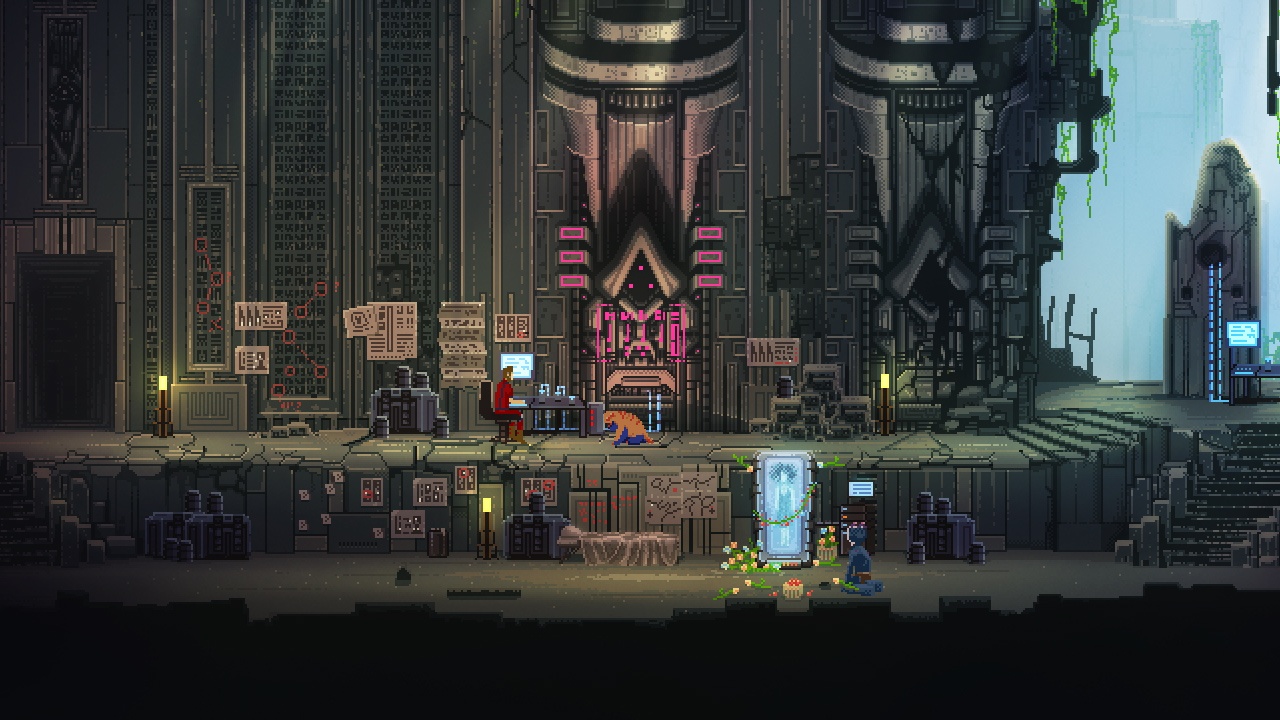 How far would you go for love? What is the theoretical limit that you would push yourself to for someone you hold dear, and, if asked, would you go beyond that point? It’s a difficult concept to grapple with, because we never really know our own limits until we face the situations. For some, the threshold is limitless, and there isn’t a medicine we wouldn’t find, a crime we wouldn’t commit, no place in the universe we wouldn’t travel, for love. Indeed, it is the far reaches of space where we head to prove ourselves in The Way Remastered.

The Way is/was a spiffy puzzle adventure game from Puzzling Dream, the original developers who got the game started on Kickstarter some years ago. The remastered edition is thanks to SONKA, who had a vision and a dream to help bring this tale to a whole new audience. The Way is the story of a man who, along with his wife, was once part of an expedition to explore a faraway planet. This planet seemed to have been inhabited, long ago, by an alien race who spoke of the secret to eternal life. This was all well and good from a research standpoint, but, when the man’s wife died on Earth and the man was now left alone with his grief, suddenly this information became more relevant. Starting the game with your very first activity being grave robbing, you must make your way back to this far distant planet, uncover the secrets left behind, and find out if the myths are true. Can you bring your beloved back from the Beyond? Or are you merely chasing spectres of grief? Only time will tell.

The developers made it very, very apparent that The Way is heavily influenced by classic puzzle adventure games such as Another World, Flashback and the like. Indeed, from the word go, the first puzzles indicate that there is the idea of “logical, trial and error” behind most of these decisions. Our protagonist isn’t going to be able to simply run all the way to another planet and save his wife: it’s going to take precision, accuracy and thinking. Most of the puzzles are inherently clear: unlock the door, find the missing item, fit the shape into the hole. However, there are some that take a bit of sorting. For example, early on, you get the clue that the inhibitors of a spaceship are “unbalanced” and get the readout of 4, 6 and 2. You have to come to the conclusion that you need to even these numbers out across three different terminals, which involves a sort of fractional, big cup/small cup math problem that is easy enough once you realize what needs to be done. In short, you’re not going to be simply waltzing through this game and having solutions handed to you. 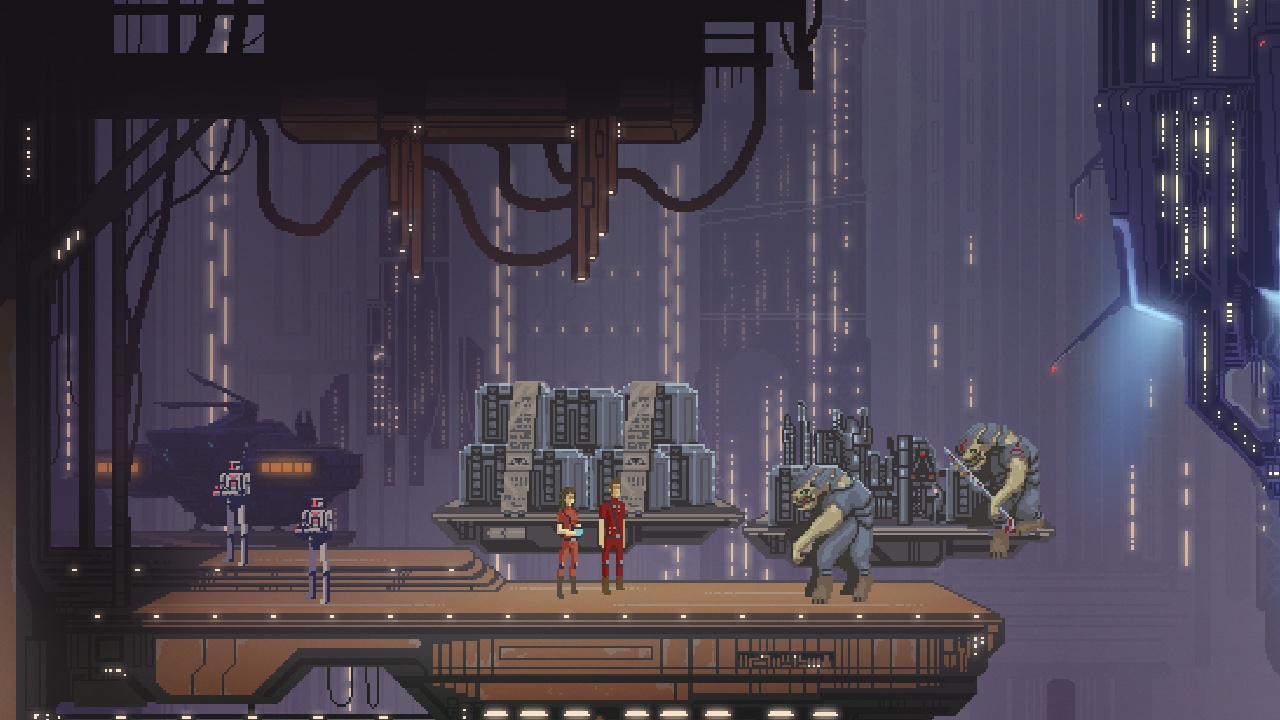 Storywise and plotwise, The Way is a beautiful tale, from start to finish, and I really admire not only the story itself but the presentation. There are a hundred games out there that glamorize the anger and vengeance that come with the passing of your family: there are very few that explore grief in a unique direction. Similar to Last Day of June, The Way has a lot to do with reflecting on the memories of life and the positive ideas while simultaneously driving forward in a stubborn, potentially misguided direction. You really feel for our hero, who knows he’s breaking about a thousand laws in the process but is determined not to hurt anyone unless absolutely necessary. Within the game, there are seven hidden “memories” that let you reflect on the fragments of the past with your wife, and finding them is crucial to having the best ending overall in the game. Not that you will mind, because allowing more and more of the story to unfold is a delightful expedition.

Additionally, the game is visually gorgeous. Despite this being a Remastered title (which we’ll elaborate on in a moment), all of the original, pixel art graphics are here, and I’m glad they weren’t changed in the overhaul. The Way reminds me a lot of the titles of Wadjet Eye, which manages to add real depth and atmosphere to their pixel art, and there are moments that are truly breathtaking. The first time you step out of the spaceship and onto the alien frontier, you kind of feel taken aback by the sheer magnitude of it all. This is held in check by the protagonist casually mentioning that everywhere else is desert, but whatever, it looks great here. Even stepping deep into the forgotten temples or happening upon an abandoned(?) city will really take you aback. Since a lot of the game requires you to analyze and decide with your eyes, it’s great for the game to appear so wonderful.

Now, when you get into the gameplay of it all, The Way is very true to its roots, for better or for worse. On the one hand, the way the controls play out and how things are handled are integral to making the puzzles work and the gameplay feel natural. There’s a limitation to the directions of movement, you don’t ALWAYS have a gun (because that would make it too easy) and some things need to be lined up just right in order to work. On the other hand, this also makes some things ridiculously frustrating. You spend a lot of time hopping between platforms, and falling more than a certain amount will absolutely kill you. So when you keep grabbing onto ledges you don’t want and you can’t simply drop from, you get annoyed. When you keep missing a single spot because you have to jump up and over with the tiniest variant, it’s stressful. And when you keep getting impaled on spikes because you think there isn’t enough room to get momentum to clear a gap, you kind of want to throw a controller.

Players should also be warned that The Way Remastered uses a series of autosave checkpoints to determine when you can and cannot respawn. Most of the time, it makes sense: finish a puzzle, checkpoint created. But sometimes you’ll be leaping for quite a while, launching from branch to branch, and then you get eaten by a carnivorous plant. Far from starting back at the point where I misjumped, I got flung back to where I first encountered the treetops. Although it wasn’t a MASSIVE time sink, it was still quite inconvenient. Moreover, when the game did crash later on (it was the only crash I encountered, thankfully), I got flung back to when I had started playing about an hour ago, undoing a huge amount of work.

(EDIT: But, on the plus side, SONKA is right on top of things and contacted me shortly after this review went live. They’ve isolated this bug and are taking input from others as they come in, so, if there are any errors, a great team is working on it. Patch should actually come out shortly.) 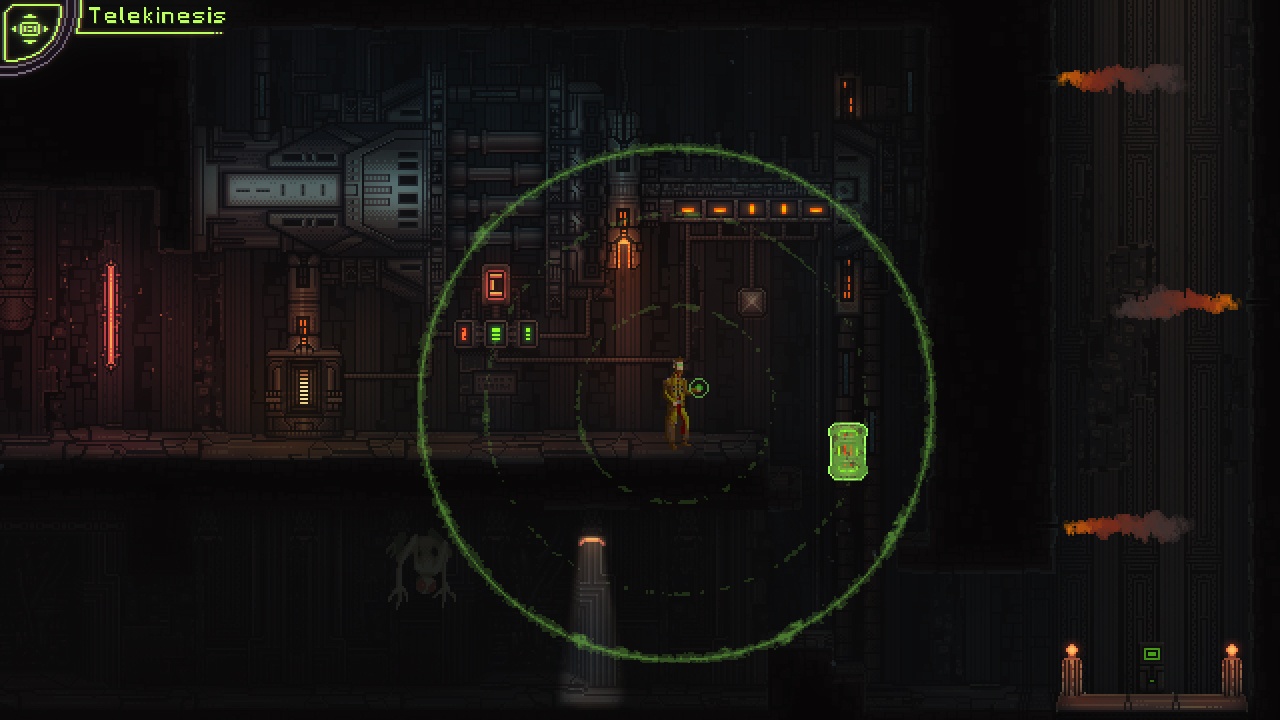 Now, to touch upon the Remastered content, most of the things you see are right there at face value. Sure, the graphics have been touched up a tad, but it’s mostly to help the already great appearance shine through. There’s voicework now, which adds a nice dynamic to things that I couldn’t imagine being absent otherwise. HD rumble is in play, and quite well implemented, and you have a music player now to enjoy the fantastic ambience of The Way. But one of the most surprising things is that several puzzles have been altered. You see, SONKA has been keeping tabs on player reviews and feedback since their game went live a couple years back, and they’ve baked a lot of those suggestions in. Some things were removed/simplified for streamlining, such as taking out a sequence where you had to memorize a short code to get into the control tower to gain permission for the spaceship to depart. Others were changed completely. There’s one awful moment where you’re being chased by a giant spider who can and will eat you if he catches you. Originally, you had to make it to the top of a cliff, activate a switch and keep running until the spider eventually gets impaled. Now, the chase is much shorter and ends abruptly with a user-created cave in. These changes do make the game better, in a fresh perspective, because they feel more logical and intuitive. However, for players who have come in from the original The Way, this will be confusing and frustrating. Thankfully, there aren’t many “walkthrough” guides out there for The Way, so it’s not like anyone is going to follow the wrong directions, just maybe bad suggestions from friends.

The Way Remastered is a Switch exclusive for now, so I would recommend picking it up and enjoying this beautiful journey on Nintendo’s little system that can. It’s got everything you could want: beauty, loss, logic, magic, and a truly engaging and sweeping storyline. Hopefully some of the crashes will be patched out soon, but, in the meantime, you can still have a wonderful journey along The Way.