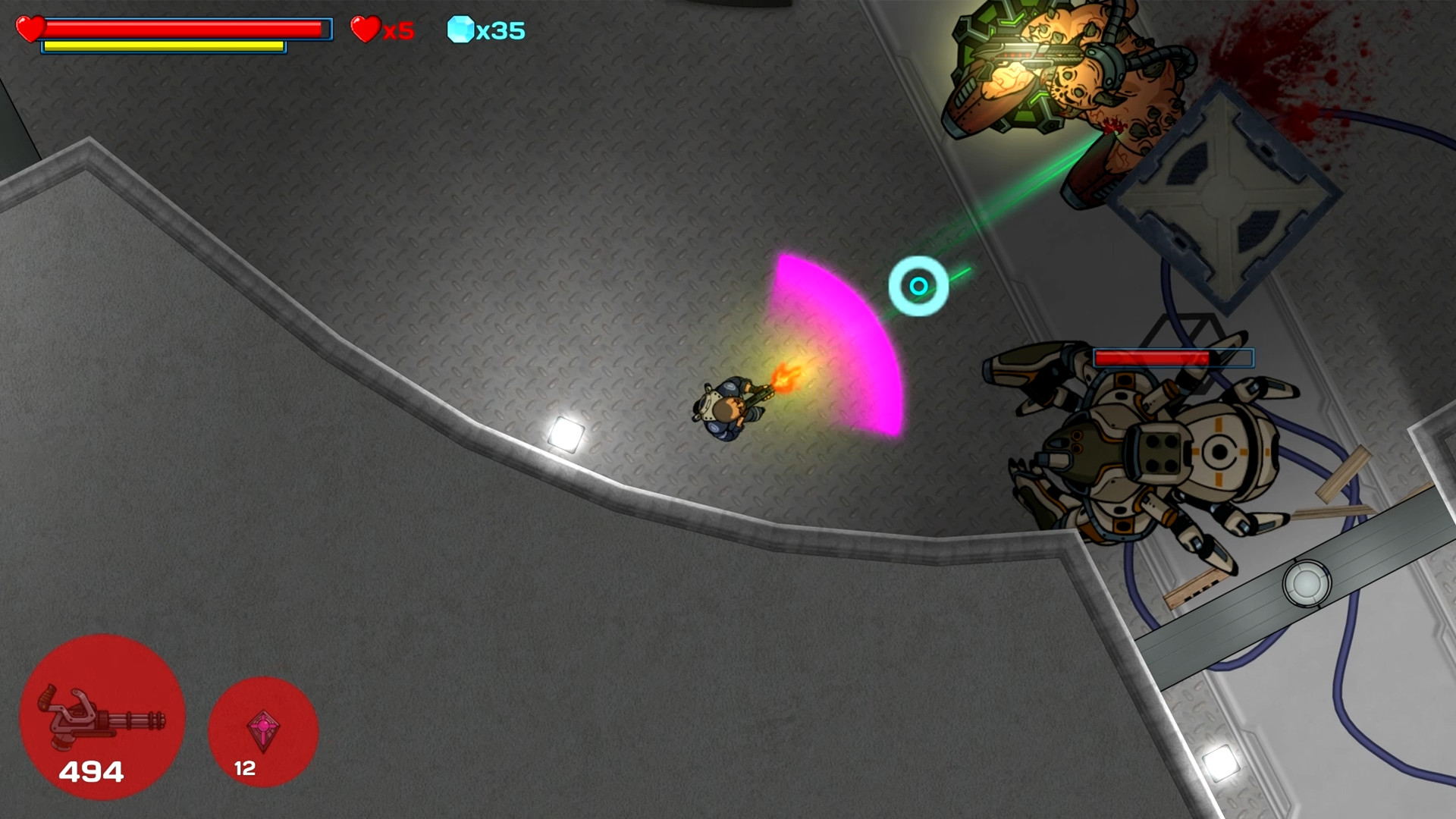 *Foreword: I was not able to play the first level, due to some unknown and unexpected error with the game when I tried to load the game. It would always crash and kick me back to Windows. Despite this roadblock, I powered through and played what I could. If you’re interested in the story, I encourage you to pick this game up on sale or visit the developer’s website.*

If you know what you’re good at, then use that to your strength. Trigger Time doesn’t waste any time trying to reinvent the wheel. It takes the wheel, puts a new coat of paint on it, changes out the rims, and adds it to the monster truck. That monster truck was originally an SUV. In other words, Trigger time is a game that plays to its strengths and pushes forward.

Trigger Time is a top-down shooter that infuses senseless gunplay with a straightforward plot. You’re the typical armed, trained, and deadly hero that is tasked with taking down a doctor that has dreams of more sinister plans. As you progress through the story, you are also learning more about the hero and the doctor that started this whole mess. 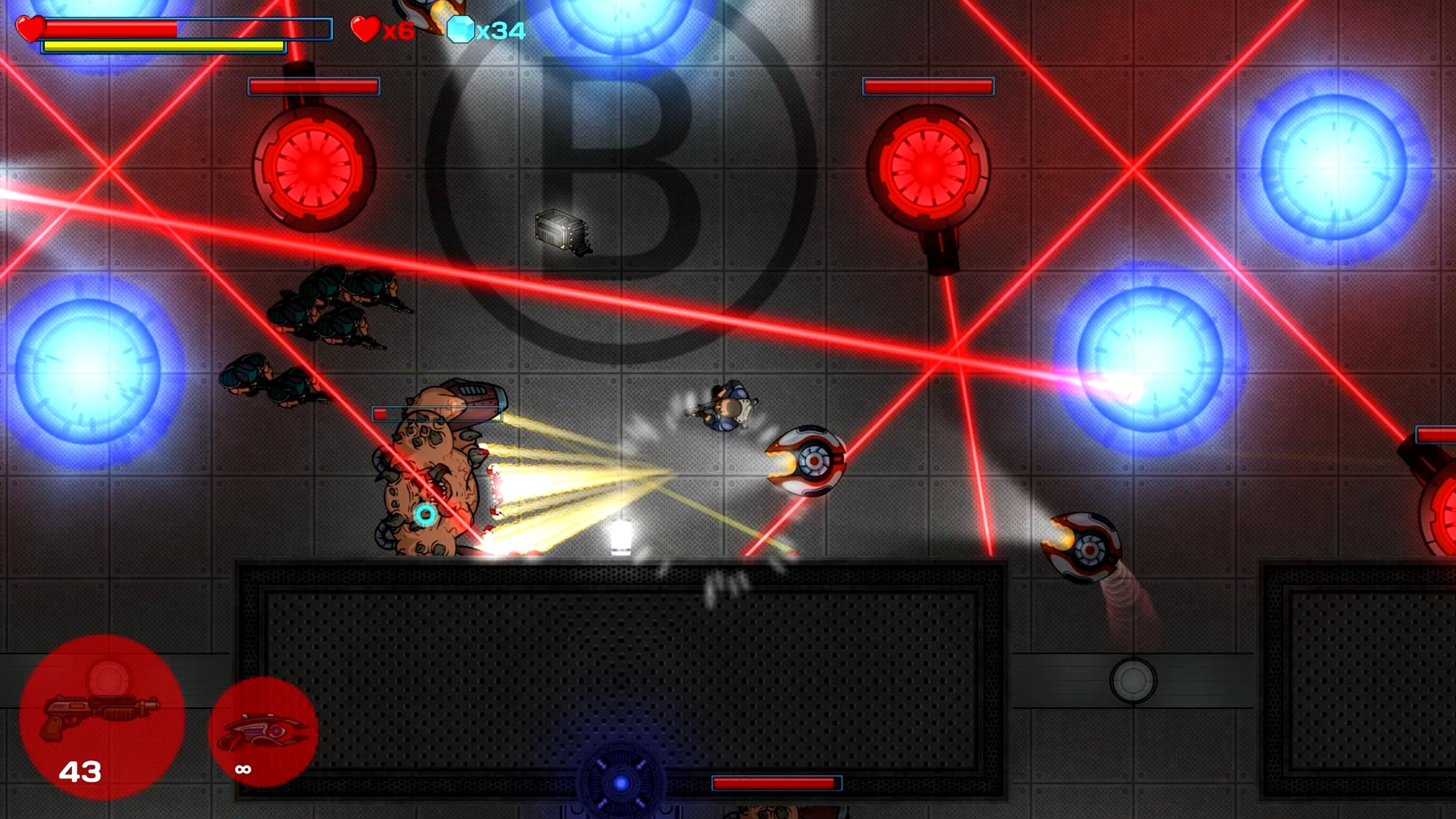 Though the story is basic, gameplay and depth will be the focus of this review.The gameplay is straight forward. It is a basic top down shooter, with your hero able to collect blue crystals, which are used as upgrades for new weaponry and power ups. You are able to access this store before you are launched in to your mission. In addition to that, all the purchases are one-time.. When it comes to depth, there is a skill tree that is based on different abilities of our hero. This will come in handy later down the road as the enemies increase in number and special attacks.

Another thing that was interesting about this game is the use of puzzles and boss battles in each stage. Yes, these concepts are wildly new or innovative, but I’d like to give them props for including the use of a gravity gun type of weapon to use against enemies to completely disable them or moving around boulders for a needed puzzle. It’s always interesting to see how developers push the envelope for reinventing loved concepts in other games and translating it to their own creation.

Controls are basic. Your mouse cursor controls where you move and left clicking causes your character to shoot. There’s a health bar in the top right, as well as a counter to show how many blue crystals you picked up.

The graphics are vivid with their bright colors and it also takes influence of modern age graphic novels. Something about the characters popped out to me as I booted up the game the first time that sees influence from possibly modern age of Marvel Comics or Pre-New 52 era comics. This plays as Trigger Times’ strengths, but it does have its fair share of flaws.

The first thing I’ll point out, which was already mentioned in the forward, was this random error that didn’t allow me to play the first level. It skips over a chunk of the story, but honestly, unless I felt the character was compelling enough to care about, more of it would develop as I progressed in the game. 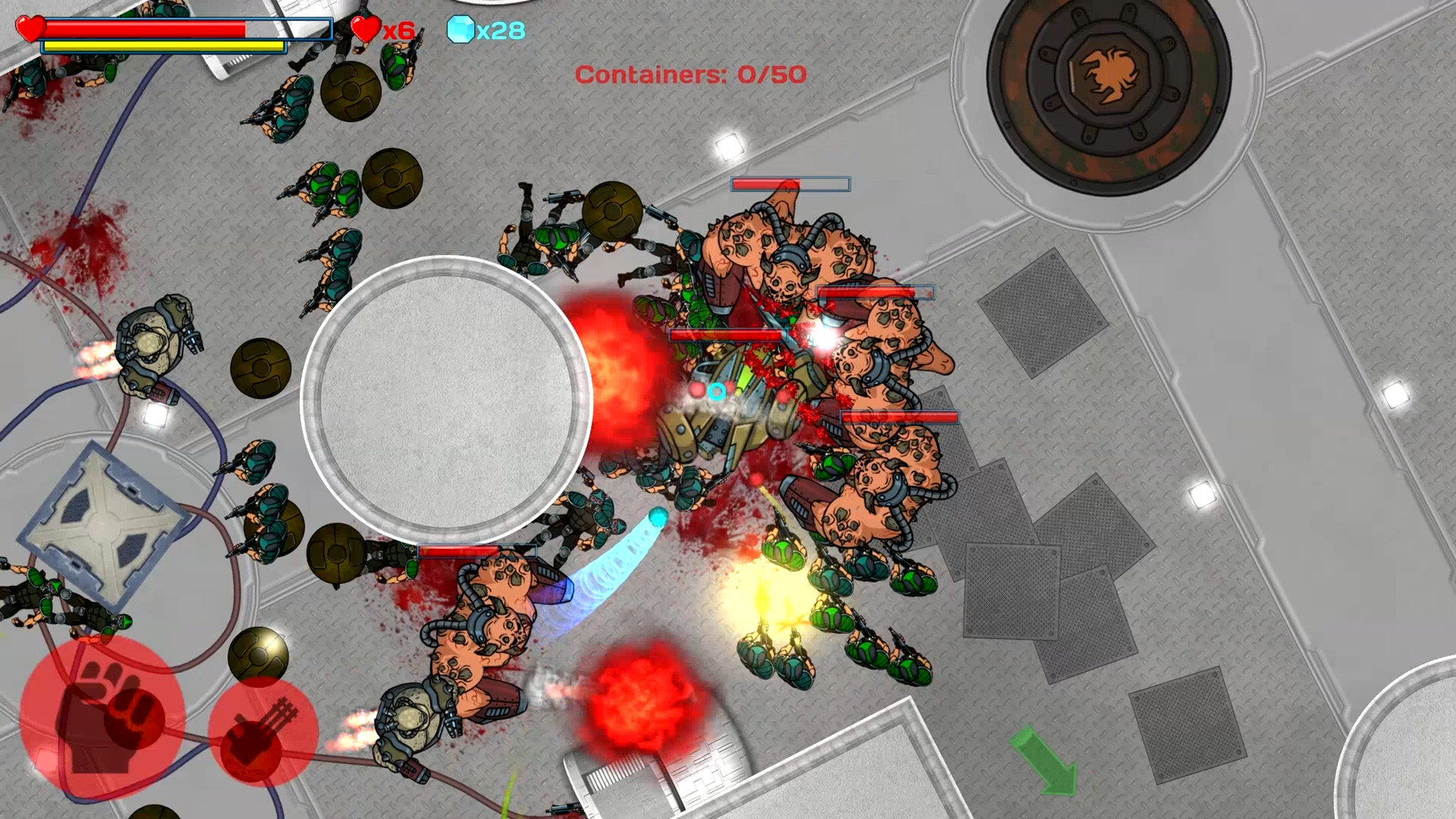 The second thing that I found odd was the character’s default blaster pistol is somehow able to rapid fire against all enemies. Of course, this is video game logic I’m arguing about and it’s pointless to discuss this, but this minor trope of the game seemed more comical than something that would weigh down the fun factor of this game.

The game consists of 9 levels. It may be a short game in retrospect, but the numerous difficulties and different combos of power ups give it longevity. This is what will carry the game beyond the final level and allow players to hop in the game casually for a nice way to down some time for an afternoon.

Aside from the drawbacks of not being able to play the first level and questioning the functionality of the primary sidearm, I powered through to an enjoyable experience. I would recommend this game if you’re wanting a classic top-down shooter experience that you can pick up and play immediately. I would just request the developer pays close attention to problems like the one I encountered and either offer timely solutions for it or have a necessary update to get rid of the error altogether. This would be a good game to have in a Humble Bundle or to check out during a seasonal or holiday Steam sale.