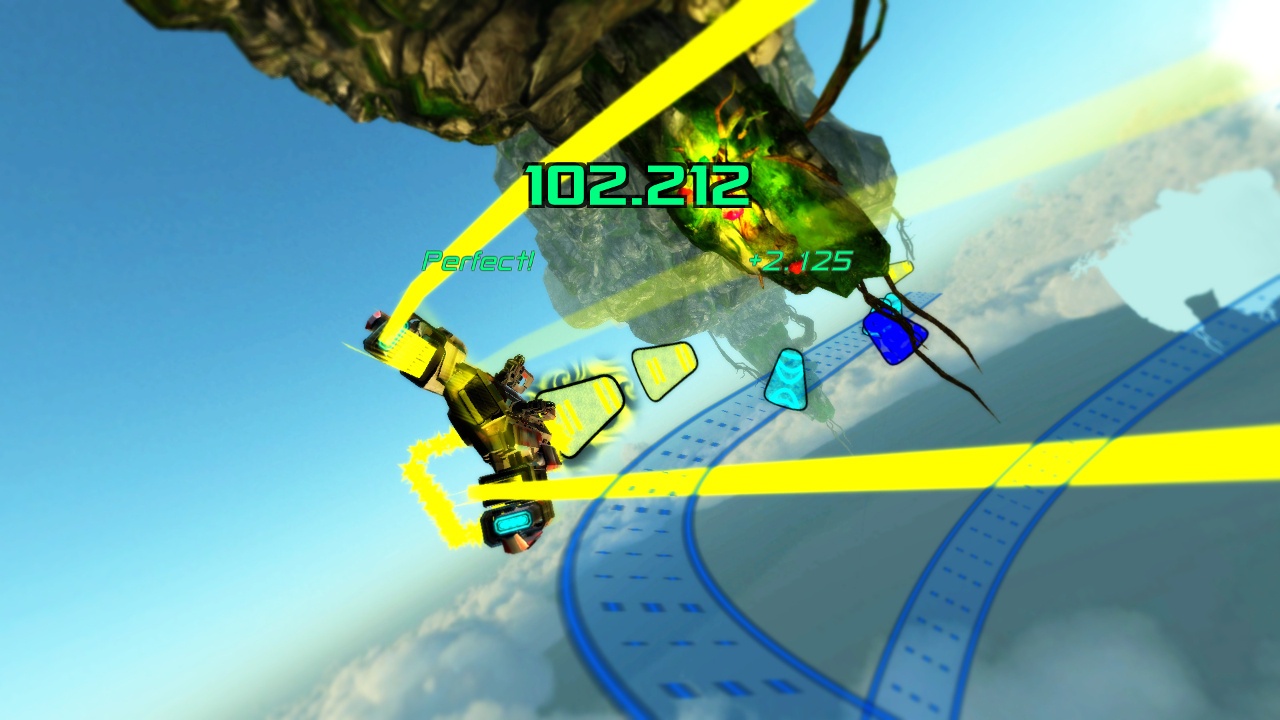 Few years ago, we used to have three categories of quality, when it came to videogames. First was the indie category, which included minor titles such as The Binding of Isaac or Spelunky; second was the AA class, which was mostly composed from slightly more complex and expansive titles such as Damnation; and third and final category was the AAA, which was reserved for the quote-on-quote premium games, published by major corporations. However, in recent times the lines between the three classes of games have begun to blur, and with the slow but methodical dissipation of the metaphorical lines, came expansion of the market.

As things stand, we no longer have just three categories of games, in fact, we have so many, that it is borderline impossible to list them all. And while the vast majority of the newly formed game classes such as the premium indies or minor AAA games, forms the sizeable part of modern releases, then it has to be underlined that such titles are just a minor part of the modern videogame eco system, which is currently being flooded by second-tier indie games such as the recently released Flight of Light.

On the outside, Flight of Light comes across as a fairly reasonable indie game. It looks like a Wipeout’esque racing game, set within fantastical worlds, which are seemingly just as extreme as the title’s gameplay. However, that’s just an illusion, as in practice, Flight of Light is far from what it looks to be. And to an untrained eye, or somebody who is in a rush to play the next big arcade racer, Flight of Light will be nothing more than colossal disappointment, propelled by false advertising. 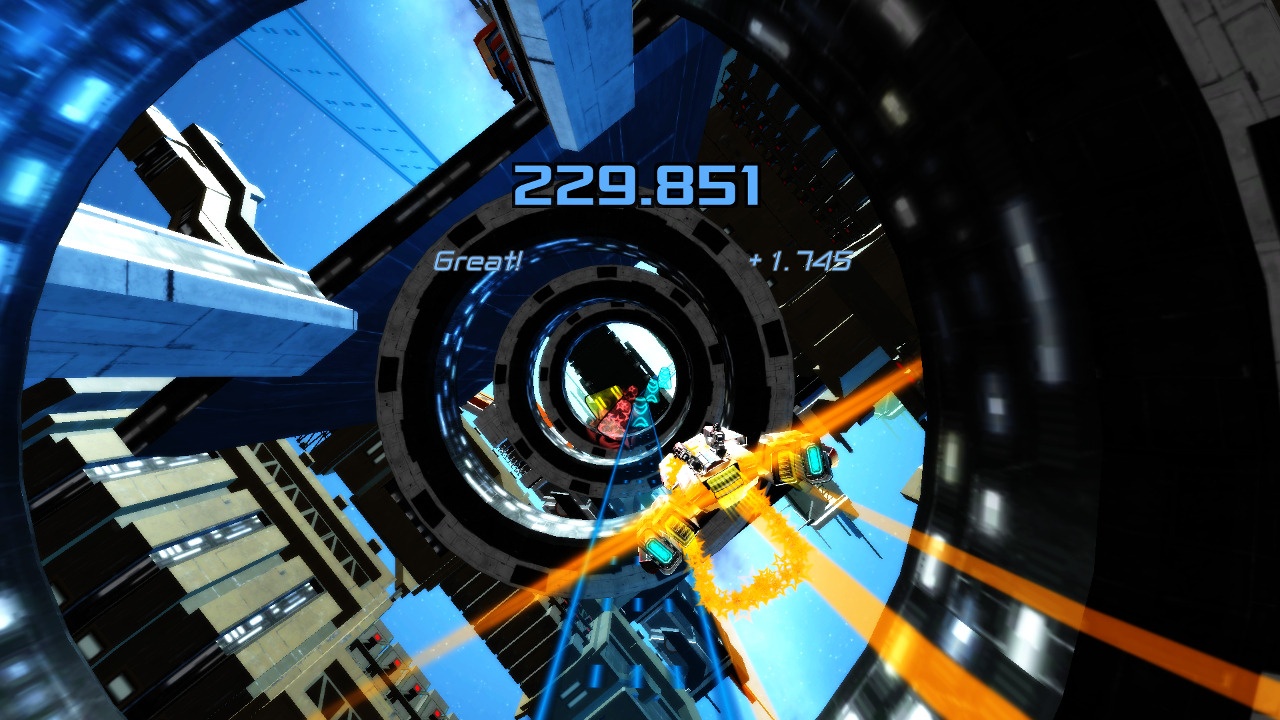 If you were to google Flight of Light right now, you are likely to find very little information on the title at hand. However, what you will find is its Steam page, which describes the title as a game where you’ll ‘’ Fly through fantastical forests in-time to the funky beat. Cruise round coral reefs to the sounds of chilled out tunes. Race past asteroid colonies powered by electronic music!’’. And this is all well and good, but in order to see, and learn that the title at hand is not really a racing game where you’ll ‘’fly’’, ‘’cruise’’, and ‘’race’’, but a rhythm game, you’ll have to actually visit the title’s steam page and dig deeper.

Flight of Light, despite of what it may look like, is nothing more than an incredibly simply rhythm game, where you move from left to right – using motion controls – in order to fly through coloured triangles – and that’s it. There’s no nuance, no complexity to this particular game, you just sit there, and tilt your controller left and right, in order to collect as many low-quality triangles, which represent sounds. And while Flight of Light is an incredibly simple, and easy title to play, it is made even easier by the fact that at times, you don’t even have to move, as the in-game ship is so large, that it clips through the on-screen notes, without you having to move an inch.

The core gameplay of Flight of Light is incredibly underwhelming, as it is immensely uninspiring. In fact, the title’s gameplay elements are so minor and insignificant, that it is not out of realm of reason to call Flight of Light a spectator experience, as more than a half of each and every stage is nothing more than a fancy screensaver, which forces you to wiggle your controller every now and then in order for it to keep going. In general, Flight of Light gameplay lacks any and all profound interactivity and will bore one to death within minutes. And this particular flaw could and should be attributed to the title’s poor game design, which is rampant throughout. 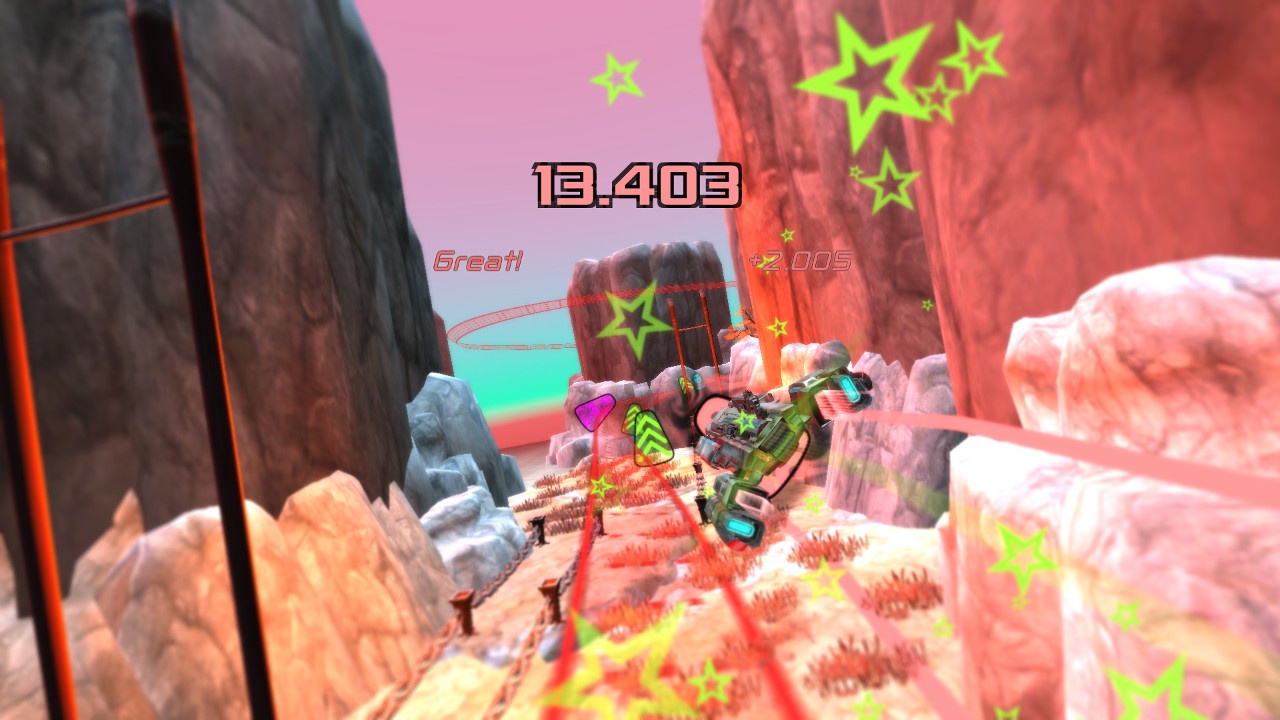 Flight of Light, plays and feels like it has been cobbled together within a space of a week on a back of limited code, and equally lacking assets. Some design choices, such as the aforementioned limited gameplay are simply mind boggling, whereas others, such as the fact that any interaction during loading will propel one straight to the main menu, are simply infuriating. However, some game design related flaws do work in player’s favour. As while the title is paused, you can still move your ship from left to right, meaning that if you want to 100% each and every stage (for some reason), then you can do so without any issues, as you can simply pause the game, reposition the ship, and ace the stage.

As a whole, Flight of Light feels and plays like an absolute mess. And just like the vast majority of modern titles ‘Made with Unity’, it is nothing more than a poor advertising for the engine. However, as bad as the title’s design and execution are, they are nothing in comparison to how inconsistent it is. And the inconsistencies are the most apparent within the title’s stages. As some, are incredibly long and feature hundreds of notes, which can net one as much as million points – but only require one to earn 250 thousand, whereas others are short, feature a miniscule number of notes, and force the player to earn as much as 350 thousand points, in order to pass the level. And the discrepancies from level to level, are incredibly jarring, and even mind numbing at times.

Flight of Light, as a complete product, feels like it has been created by someone who has decided to wing it, and develop it as he/she went along. And while it is clear that the title has grown out of a single idea, it is also incredibly apparent that it didn’t grow very far, or even in the same, singular direction. As ultimately, Flight of Light is nothing short of an absolute mess. Yes – it does work, but it has been so poorly designed, that it makes one question the reason for its existence. And even if you are a fan of the rhythm based games, and can’t wait to play the next Rock Band or Guitar Hero, then you’ll be much better off missing out on Flight of Light and going with the rather excellent Invector which is light years ahead of Flight of Light.