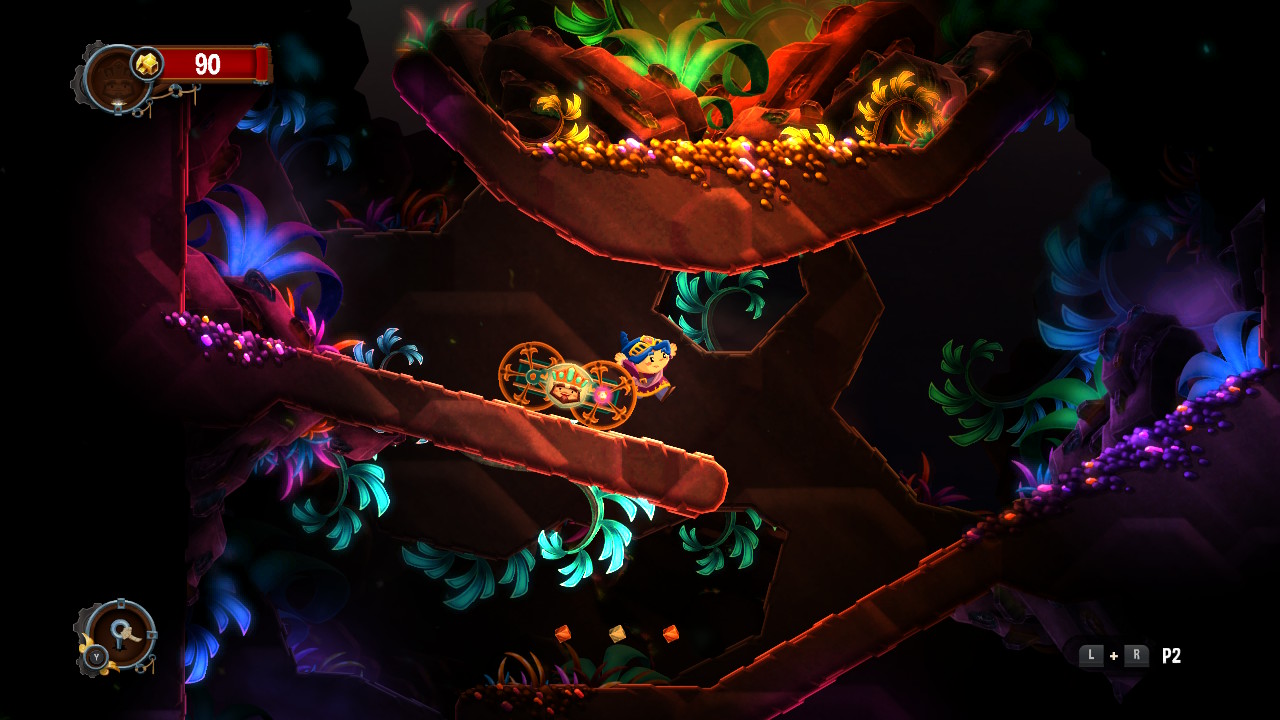 In 2018, finding a game that has a unique idea and is executed well is a rare find. Super Chariot is a delightful platformer with a fantastic art style, charming characters and really tight controls. The premise isn’t exactly new, but the way it goes about it is a joy to play and I can see myself going back to it again and again. The main draw to this game is the art style for me. The graphics in a game don’t have to be photo realistic like the recent God of War, they just have to achieve the style they are going for. My favourite game is Journey – simple art style with a story that doesn’t even need any explanation. Super Chariot does give a little bit of direction in the opening cut scene, but that is all you need. It sends you off on your way.

The king is dead, but that doesn’t stop his ghost from bickering at you while you find a suitable catacomb filled with riches for him to rest. With wheels fitted to his coffin, you go on your way traversing caves and interesting biomes in search for the perfect resting place. You play as the princess but are able to switch to her fiancé or the delightful shop keep… a skeleton. All three playable characters are beautifully designed and have their own little quirks. The voice acting also gives the characters another level of personality and I was surprised that there was voice acting if I am going to be honest. Games like this usually go for the mumble or The Sims speech, so it was a great relief to hear the characters chatting with one another. 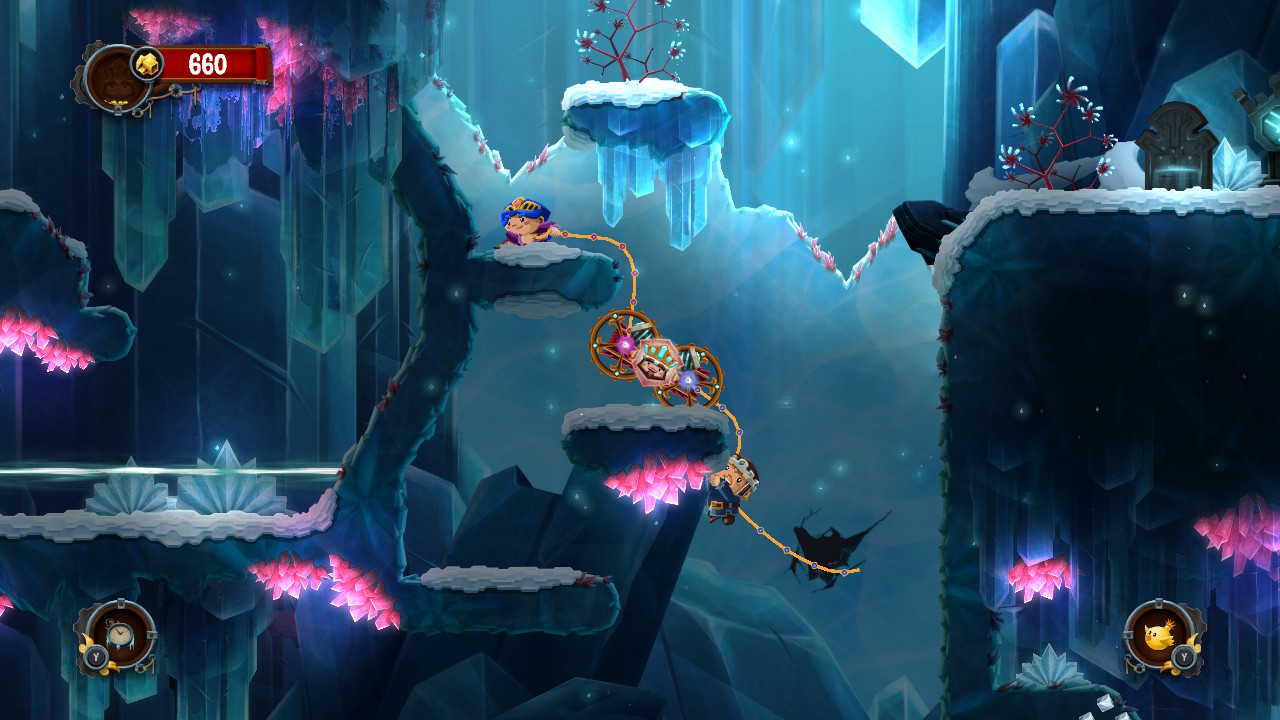 Traversing the levels is always fun, there are coins scattered throughout the map that only the chariot can collect so you have to think about how to get the chariot the them hard to reach places. Most of the time you can just push the chariot but once you hit a bump in the road you have your handy rope (ZR) that you can use to pull the chariot, hang from it or hoist the chariot up to them last few coins. While tethered ‘L’ and ‘ZL’ enable you to wind and unwind the rope respectively. The physics are forgiving but still grounded, for example, when pulling the chariot up to another platform, your character will get dragged towards the edge unless you counter steer with the thumb stick. Little things like that really bring immersion into this simple game.

The animations are another thing I love. Even with a small screen in handheld mode, the game is very detailed – things from the characters’ eyes closing when they struggle to hoist the chariot up a ledge, or the little smirk they give when they are surfing it down a large slope. It’s really good to see that little things like this are still on developers’ minds. I didn’t play the Wii U version, but the graphics on this are stunning. Hand drawn platformers are always a win in my book, and the cute styling of the characters and the world around them always puts a smile on my face. 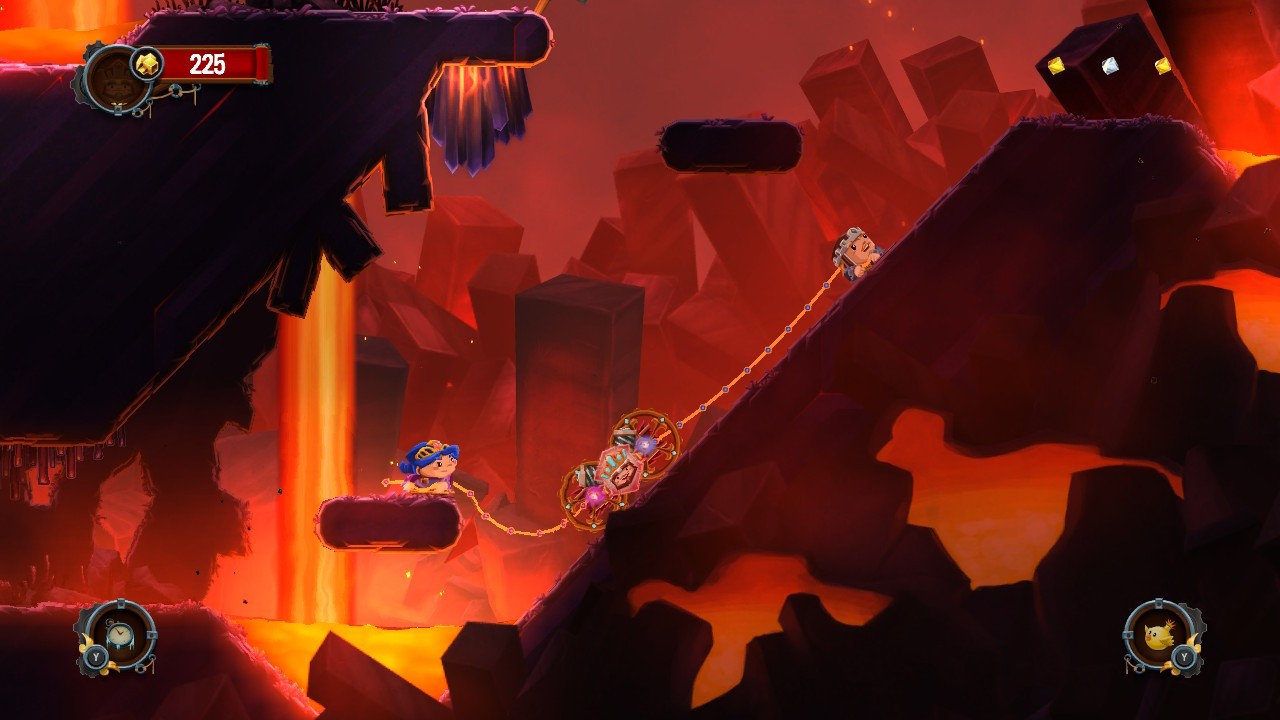 The addition of co-op is brilliant. The Switch really does excel at local co-op titles and this is fits happily in the group. The game can obviously be completed solo, but there are some areas only accessible with two players, and if you are going for all of the items, you need to grab a mate and bring them in on the magic. The game earns its “Super” name with the inclusion of all of the DLC from the Wii U release.

Super Chariot is brilliant in more ways than one; from a gameplay standpoint, it is nothing but smooth and enjoyable, but the fact the I personally didn’t even realise this game existed just shows that great games aren’t being made all the time and usually fly under the radar. So do yourself a favour and play this adventure for yourself and fall in love with it.