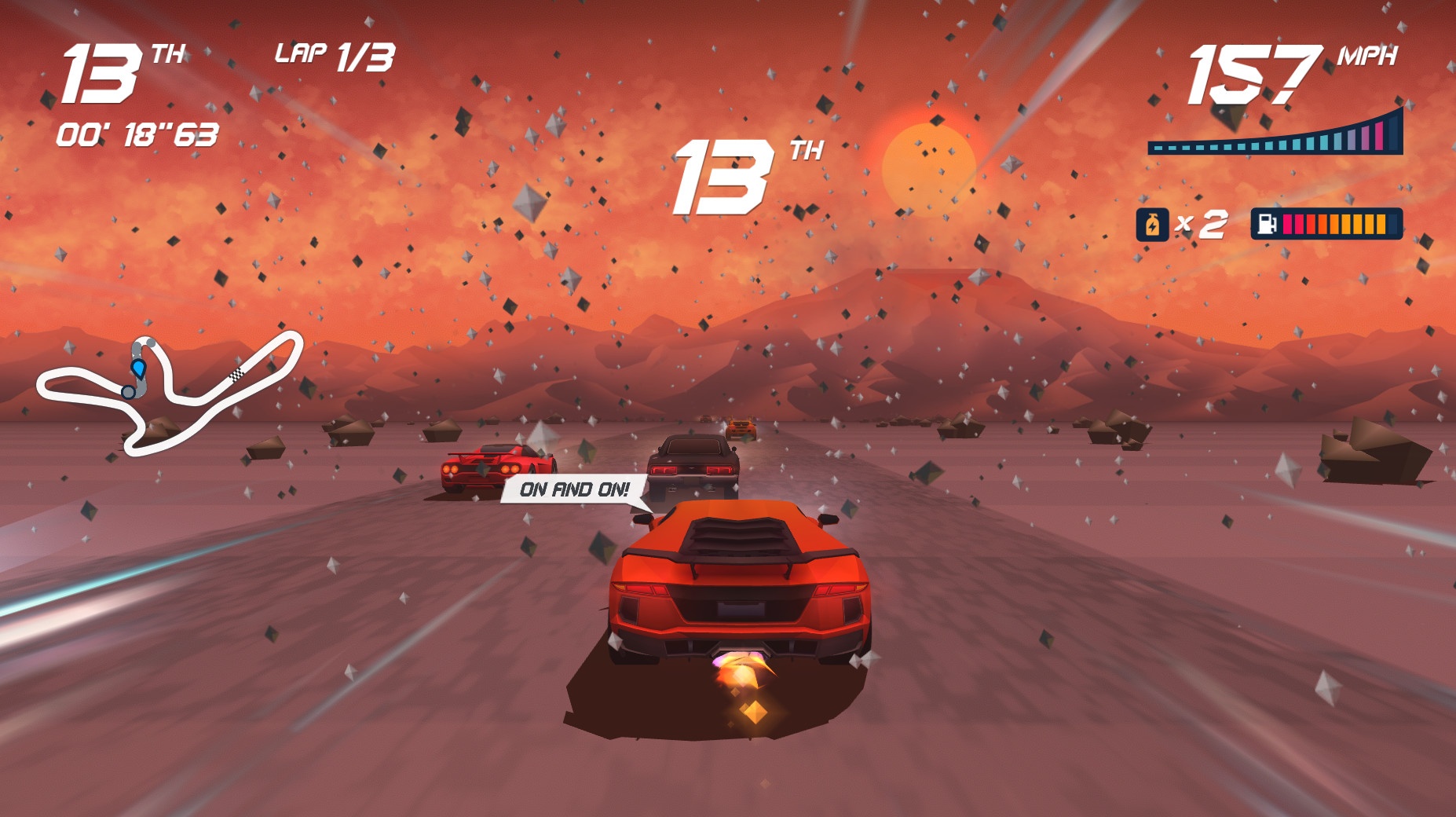 Most video game concepts do not materialize, because nine out of ten times they simply lack the depth and thought required. And we all know how it is, we come up with quote-on-quote great ideas for games all the time, but we never get beyond the broad and shallow concepts. And that’s exactly why we fail to produce anything in the like of what we have imagined, even if we have the time, money, and skill, necessary to do so. However, not all follow the same train of thought and action, and just like Aquiris Game Studio, they turn shallow concepts and ideas into tangible video games.

Aquiris Game Studio is the developer behind the recently released arcade racer, Horizon Chase Turbo. A rather simplistic title, which takes on the literal arcade racers of the late 1980’s and early 1990’s, as it is a spiritual successor to the highly regarded Out Run series. And it plays and feels just like the arcade racers of old, despite of its rather contemporary graphics. And while Horizon Chase Turbo does sport modern visuals, it in fact does not possess any important up-to-date features. And while it is great to experience the thrill of Out Run one more time, then unfortunately it has to be said that the magic which it provides one with, fizzles out incredibly quickly, and leaves one with a rather stale taste in his/her mouth. 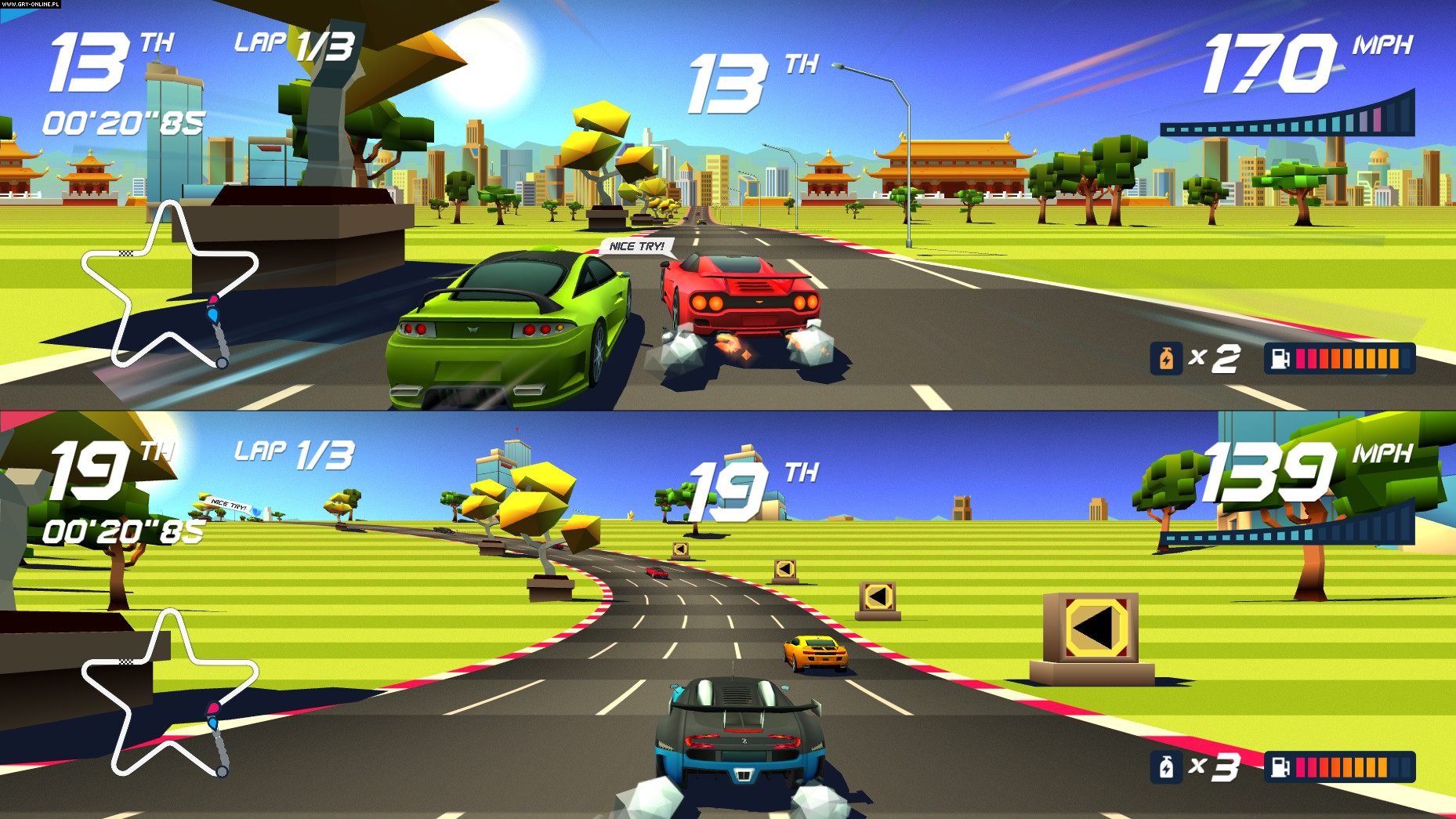 To say that Horizon Chase Turbo is just a copy of Out Run would be unfair, as the title in question does possess more than the 1987 classic. However, in the long run, the expanded track pool which Horizon Chase Turbo possesses, and the rather meaningless and grind-intensive unlock system are ultimately not enough. And within minutes, most who decide to pick this particular racer up will be overflowing with boredom. As ultimately Horizon Chase Turbo consists of one activity, which it repeats at infinitum.

The story mode of Horizon Chase Turbo is divided into locations which possess between three and five tracks, and each and every location devolves to the exact same, mind numbing flowchart. You enter a location, complete the first two races, unlock the additional race – and complete it, then proceed to clear out the remainder of the area. And sure, each ad every race does feature coins and other collectibles,which can be picked up for extra points – but ultimately, one will get bored of collecting those as quickly as he/she will get fed-up with completing seemingly the same race over and over again.

Horizon Chase Turbo features numerous, contrasting tracks and locations. However, within fifteen minutes or so they all begin to mold into one. And when playing Horizon Chase Turbo, you’ll be under constant impression that you are doing the same racer over and over again, but simply in front of different back-drops. And as such statement is ultimately untrue, as all tracks differ in their layout, they ultimately all turn into a singular blur as the title’s limited gameplay makes them all feel like the same track repeating over and over again, ad nauseum. 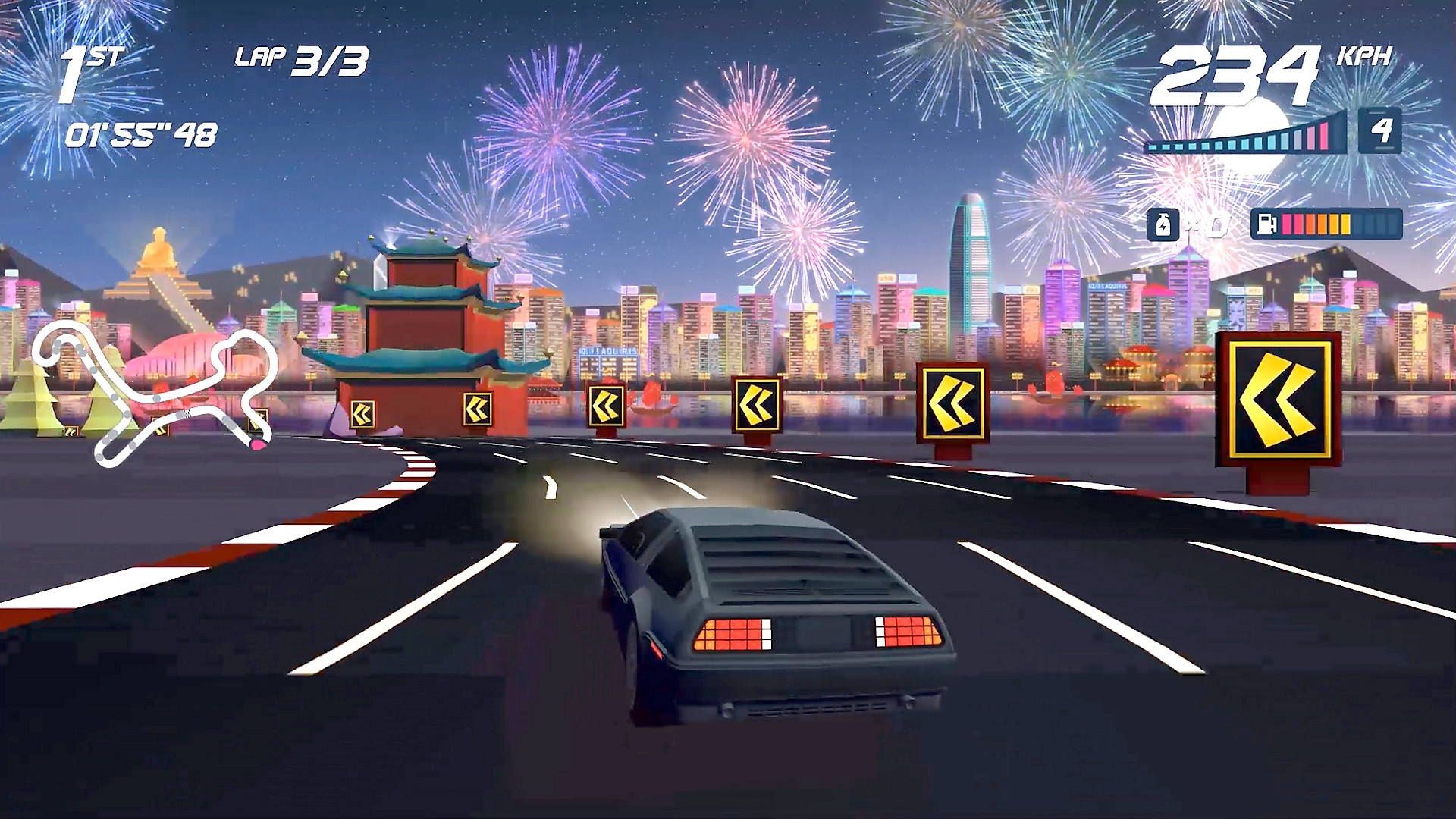 As it stands, the story mode of Horizon Chase Turbo is quite simply and bluntly, boring. It is as simple as a red brick, and as straightforward as any of the modern walking simulators. And that’s a shame as Horizon Chase Turbo is a title with a tremendous amount of potential, a potential which shines the brightest when it is played in co-op. Because as a quick-and-easy party game, it is one of the best titles out there. And its simplistic nature and gameplay design allows any and all individuals to simply pick up a control, and square off against one another. And if Horizon Chase Turbo was a £7.99 party game, with a core premise of it being a couch/party game, then it could easily be an eight, or even a nine – but unfortunately it is none of those things.

As of 20/05/2017, Horizon Chase Turbo costs £15.99, meaning that it costs as much as the vast majority of premium indie games. And while it tries its hardest to imitate a premium indie experience, Horizon Chase Turbo is unfortunately farm from it. Its core gameplay and the loop which comes with, are satisfactory enough to keep one busy for few minutes at the time, but unfortunately the title as a whole lacks any and all forms of complexity, and runs out of ideas within sheer minutes. And while does possess modes other than the campaign, those are ultimately just as boring and uninspired. And at the end of the day, Horizon Chase Turbo is simply a low-end indie experience hiding behind a mask of  a premium title.

Horizon Chase Turbo is a low-end indie experience, at a high-end price.