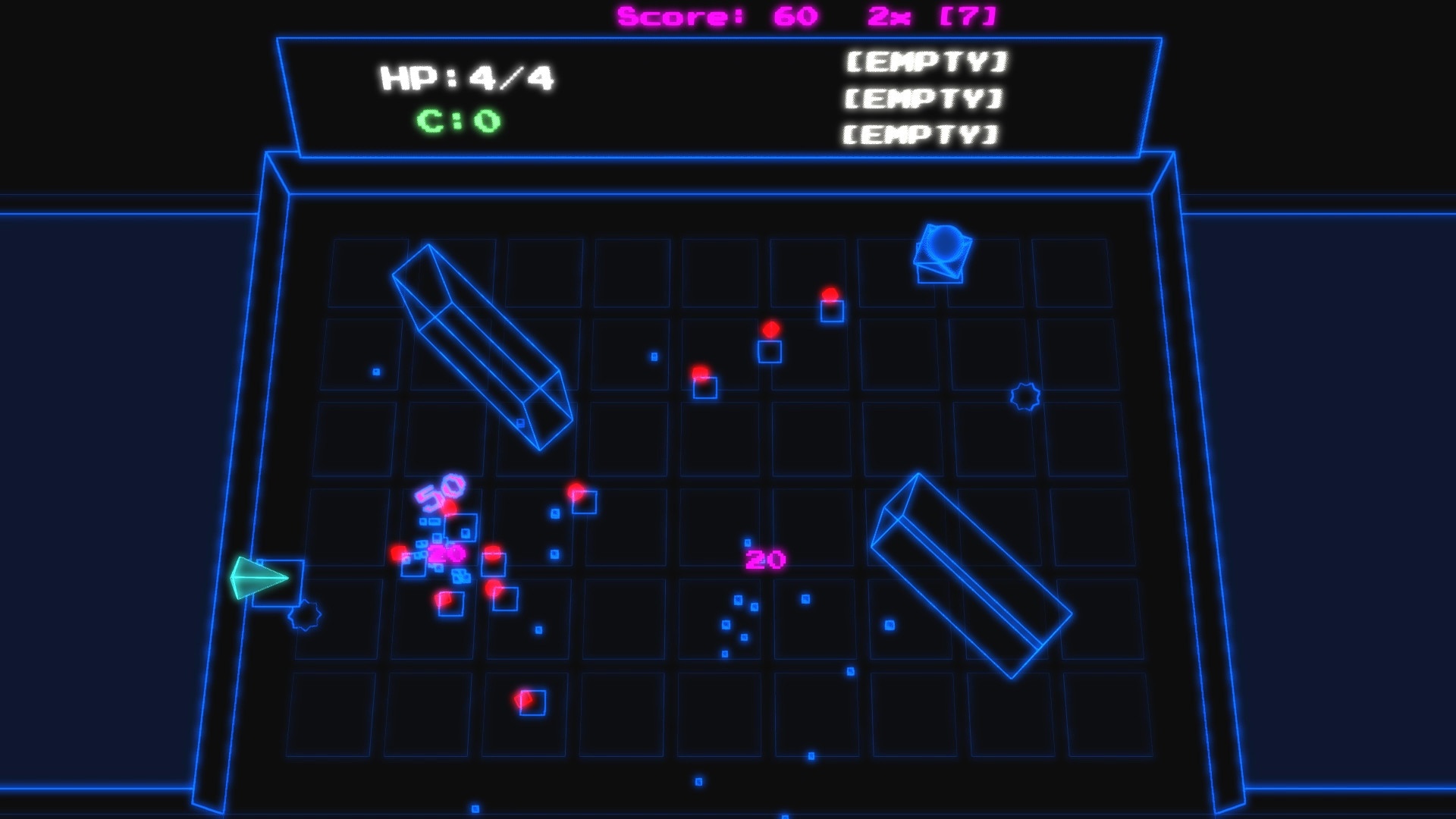 Null Vector is one of those games that is exactly what it looks like, and what it claims to be. The game is a twin-stick shooter at its heart, but it features elements from the increasingly more popular roguelite genre. Besides that, the game’s aesthetic combined with the twin-stick shooting gameplay, really make this feel like this could have been an extremely popular game if it had come out back in the golden age of arcade games.

If you’ve played Binding of Isaac, or anything resembles it, pretty much everything in Null Vector will immediately click with you as soon as you start playing the game. You play as this triangular-shaped ship, and you go from room to room, sector to sector, clearing every single room until you find the portal that will take you to the next sector. Given the fact that each sector randomly generates an assortment of rooms, and given the way that these rooms are arranged, in order to move from one to another you’ll have to clear them from enemies.

The premise of the whole is pretty simple, as the objective is always to get to the 7th sector, where you’ll face the final boss. Throughout the way, you might find some mini-bosses as well, but since each sector introduces new enemy types, the game manages to provide a decent increment in difficulty as you tread along each playthrough. Still, no matter how many times you play the game, you’ll always end up going against the same enemies over and over, which is rather disappointing. 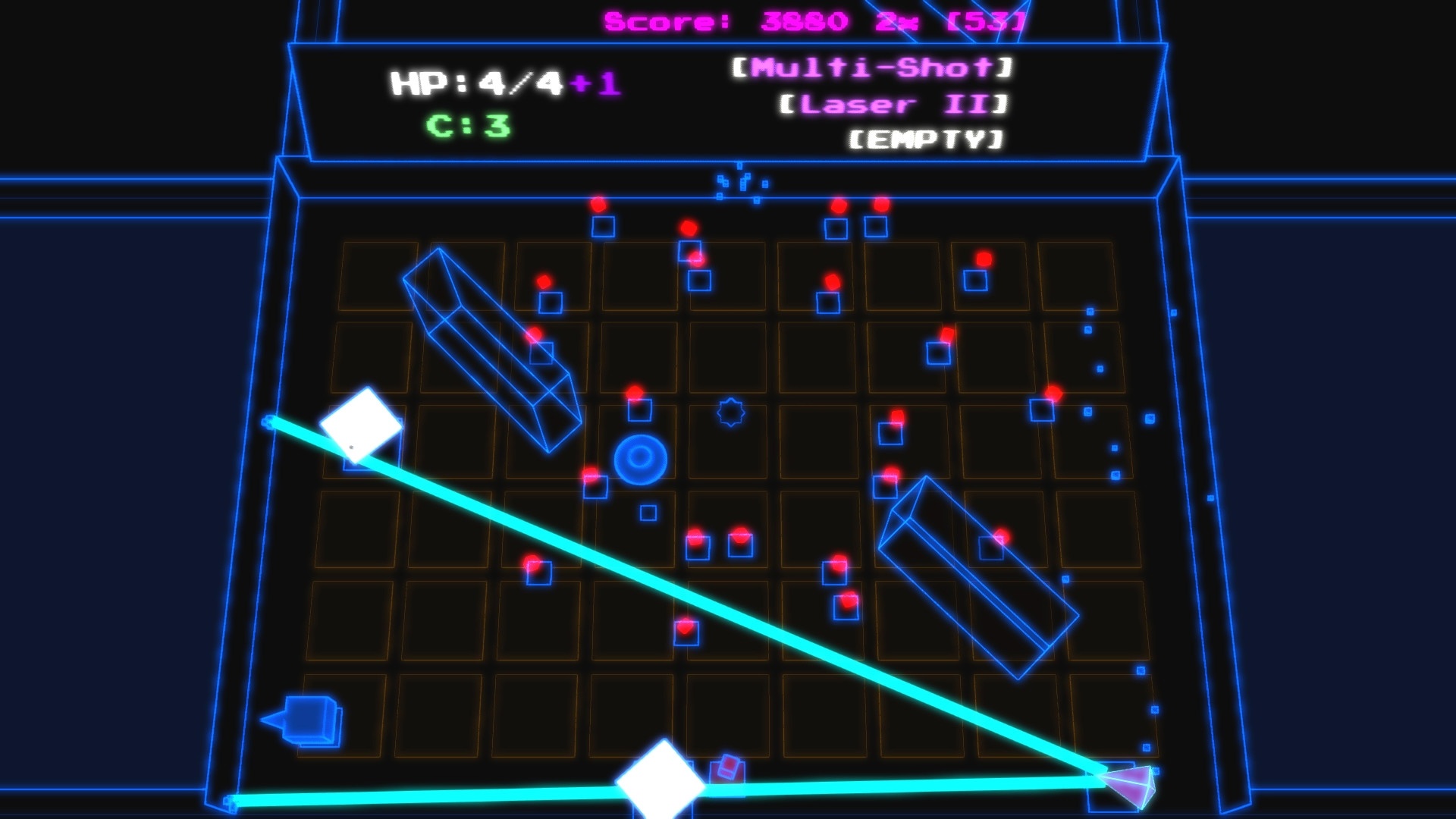 There is some variety in the game in terms of enemies, but you’ll always end up facing the same enemies on each playthrough, so the game does start feeling a bit repetitive rather quickly. There are enemies that teleport around the arena, others that try to ram you with spikes, enemies that fire multiple shots, and all sorts of hectic things. The final boss and the mini-bosses did feel rather underwhelming, especially because they’re the same ones every single time, and if you manage to stack up some decent enough upgrades, you can easily defeat them.

In terms of customization, the game has a pretty neat welding mechanic, in which each item that you pick up can be upgraded and welded onto your ship. Welded items don’t take up inventory space, which a precious resource since you’re only limited to three items at any given time, so the game does give a reasonable amount of freedom in terms of resource management. These items are fairly basic though, you have shields which block incoming hits, bots of all sorts that fight along your side, and there are enhancements to your basic, and only, attack, from turning it to a rocket or a laser beam. These items can be found in chests once you clear a room, but they’re also up for purchase at these machines that act as shops. However, the game doesn’t tell you what each item does, you have to acquire them first and figure out by yourself what really is their function, which I find to be quite the bummer. 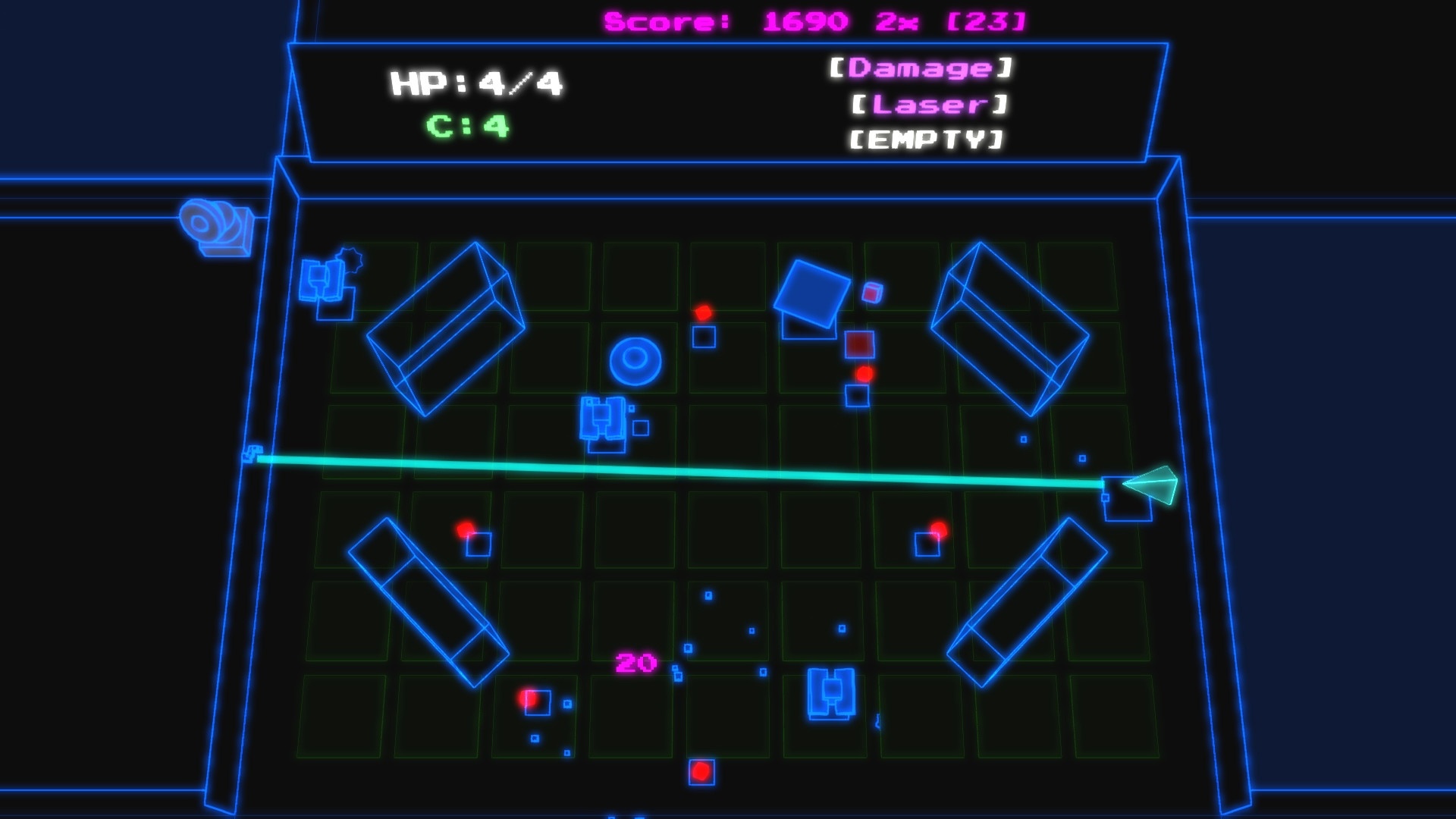 While the game as a whole might look like it’s the same thing over and over, as you play it more and more, as you reach certain milestones, you’ll unlock modifiers, which can then be used to unlock even more modifiers. In essence, these will increase the player’s overall score in exchange for a difficulty increment. Some examples of modifiers would be, faster enemy bullets, starting with fewer health points, or having the chance to spawn enemies whenever you enter a previously cleared room. As I’ve mentioned, the game is still pretty much the same, it just gets more difficulty depending on how many modifiers you activate, which I can appreciate since it gives the game some replayability.

Nonetheless, if that sort of thing doesn’t interest you, the game isn’t really that challenging, at least I didn’t find it to be, which kind of disappointed me. Overall, the game is just simple mindless fun, ideal to play in short bursts. The game would really benefit from more enemy types, crazier ones, more bosses, and items, as I believe that this is the game’s biggest downfall. Still, the simple controls, and the extremely catchy electronic music, really help in complementing the game as a whole. In the end, Null Vector might not be the brightest nor the most groundbreaking game in its genre, but it’s pretty good for what it is, especially given its extremely low price.