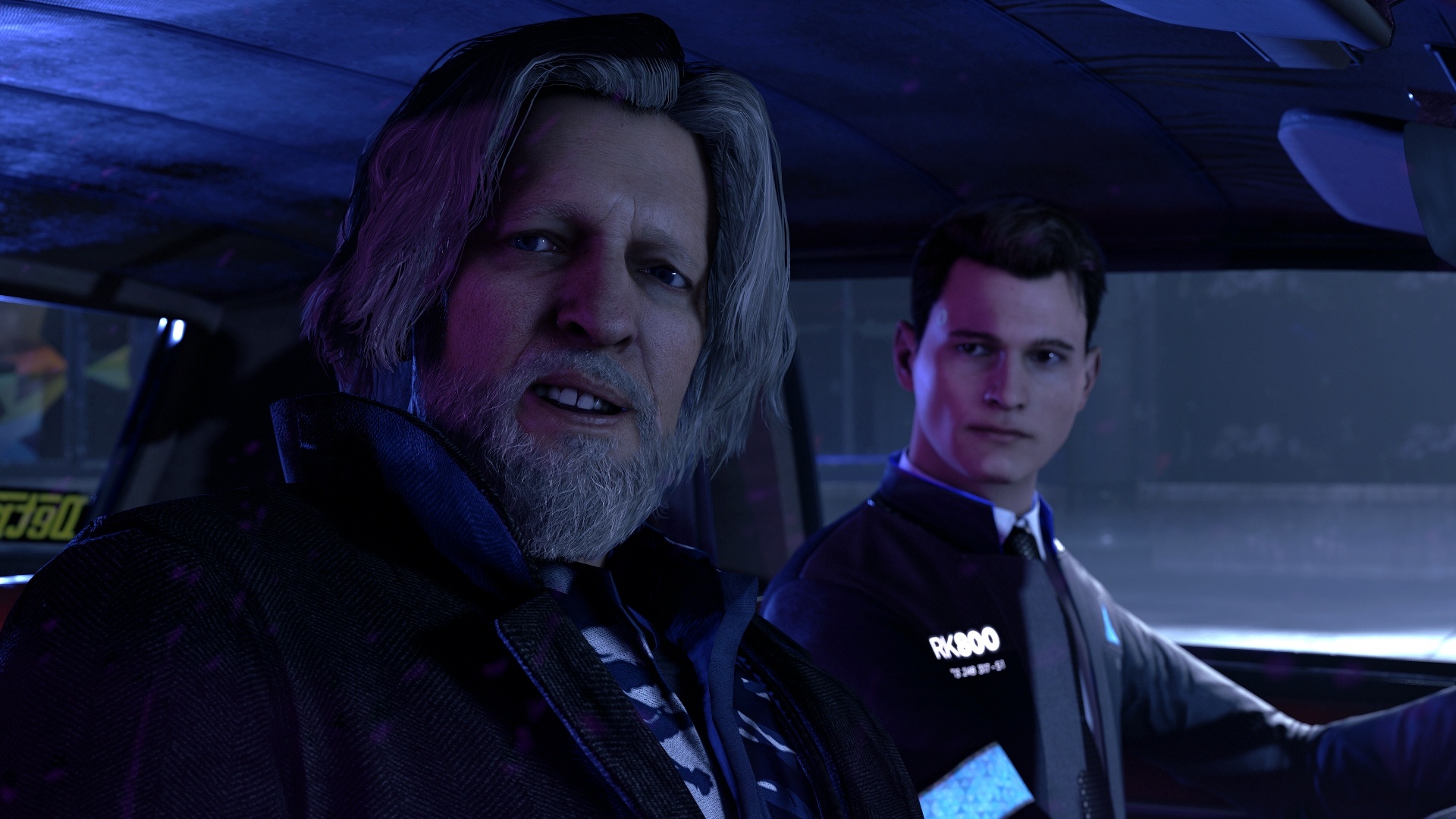 *Warning – this review is aimed to keep spoilers to a minimum*

As humans, we seem to be obsessed with robots – creating mechanical, electrical versions of ourselves either to help with every day or do things we cannot and represent them in every form of media from books, TV programmes, the vast number of movies and of course, in video games. Yet none have come close to representing almost life-like robots as in Detroit: Become Human, for a game set in the future about super robots, the game manages to push buttons of humanity and existence itself.

Originally announced in 2012, as a technological demo Kara, Detroit has been many years in the making (the script alone took the writer and director David Cage over 2 years to write!) Quantic Dream have developed a game set in a beautiful looking future that at times almost seems photo realistic. Their previous games focused on highly detailed visuals also – such as Heavy Rain and Beyond: Two Souls that both felt more like playing a movie, than a game.

Set in the distant future, Detroit: Become Human follows the path of 3 different Android robots – Kara, a housekeeper type of robot who is unfortunately tasked with looking after an abusive father and his daughter. Connor is a trained police android who undertakes various cases whilst dealing with prejudice from human colleagues. And finally, Markus is an android a carer for a rich elderly gentleman who has a talent for art. Though for each, all is not as it seems.

The storylines are woven together in a way that dips in and out of each other – for example, you start the game as Connor, tasked with negotiating a hostage situation and once completed, the story then moves onto Kara then Markus and back to Connor again. For me, this mechanic is smart in itself – it allows you to be introduced to each character and storyline gently and helps hook you in to each one as you learn more about the game and the future it is set in. There are some very powerful messages in each storyline that mimic a lot of human emotions / issues such as the abusive father Kara must deal with – playing on heartstrings as you play, wanting to save the poor daughter from the troubled life she is having to lead. 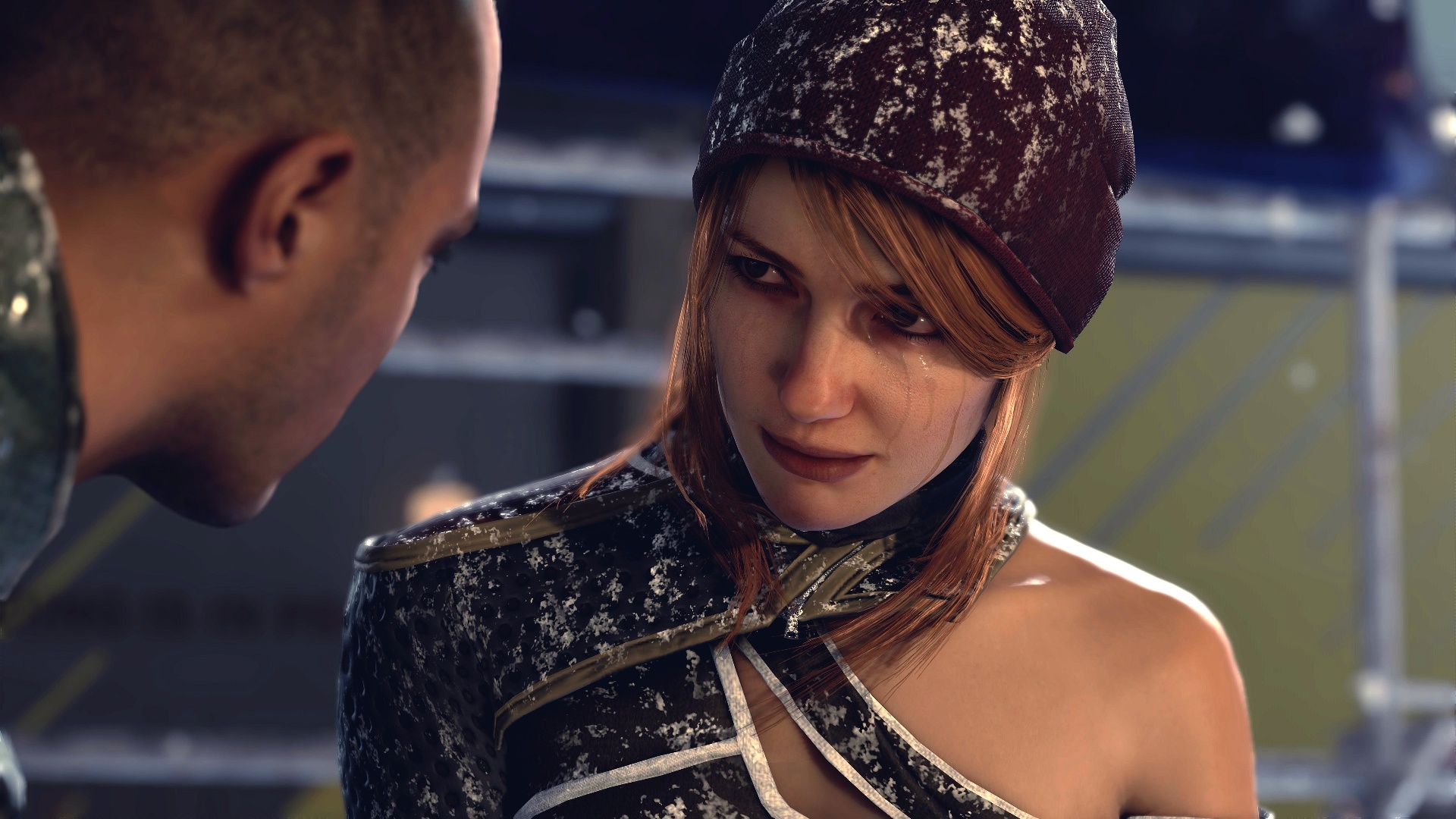 While it plays very much like Quantic Dream’s other titles, Detroit: Become Human has a very clever choice-based system in how you play through – branching stories in different directions with multiple outcomes for each decision you make. Some are little, such as when playing as Connor during the hostage situation, at the start you can choose to save a fish that has somehow fallen from its tank – choosing to save it won’t necessarily change much of the story, just an example of how detailed the game is – most will probably walk past without even noticing it in the first place. Others are more detrimental to the story line – several of the stories give you the option of acquiring a gun, should you take it? And when you are found to have the gun on you, will you lie that you do not have it? And finally, will you choose to use it should the situation arise?

At the end of each story you get to see an overview in a timeline of events – it shows you which choices you have made and where you could have taken a different path that would have moved the story down a different route. It’s done so well, that every choice I made, I ensured I thought carefully before deciding and I knew when played again I’d have to choose the other. It sort of gives you a flowchart of what you did, what could have been done and even shows you worldwide percentage choices too.

Like other Quantic Dreams games, the controls are very simple – moving your character through each situation, whilst inspecting objects that become available, some with a simple tap of X whilst others may require holding two buttons – like L2 and up to pick something up. In the case of Connor, you can inspect items in detail and even reconstruct events to solve crimes in augmented reality.

My favourite storyline was the Kara android housekeeper – she seemed to evoke a lot of human emotion even though she doesn’t really say much. For example, she is ordered to clean up a very run-down house and whilst doing so, she senses the daughter, you can choose to go over and try initiate some sort of rapport with her – either selecting conversation topics with button presses or paying attention to her toys / books she is currently reading. It sounds silly, but I really felt emotional whilst playing as Kara, that shows just how dark and deep Detroit: Become Human will go.

All the stories have underlying themes – where the androids have become “Deviant” (basically going against their programming and doing things they should not) this is by either disobeying orders (requiring you to break a thought barrier) or developing some sort of human consciousness as the story plays out. As each story is drip fed, the game really draws you in and plays an integral part of its appeal. 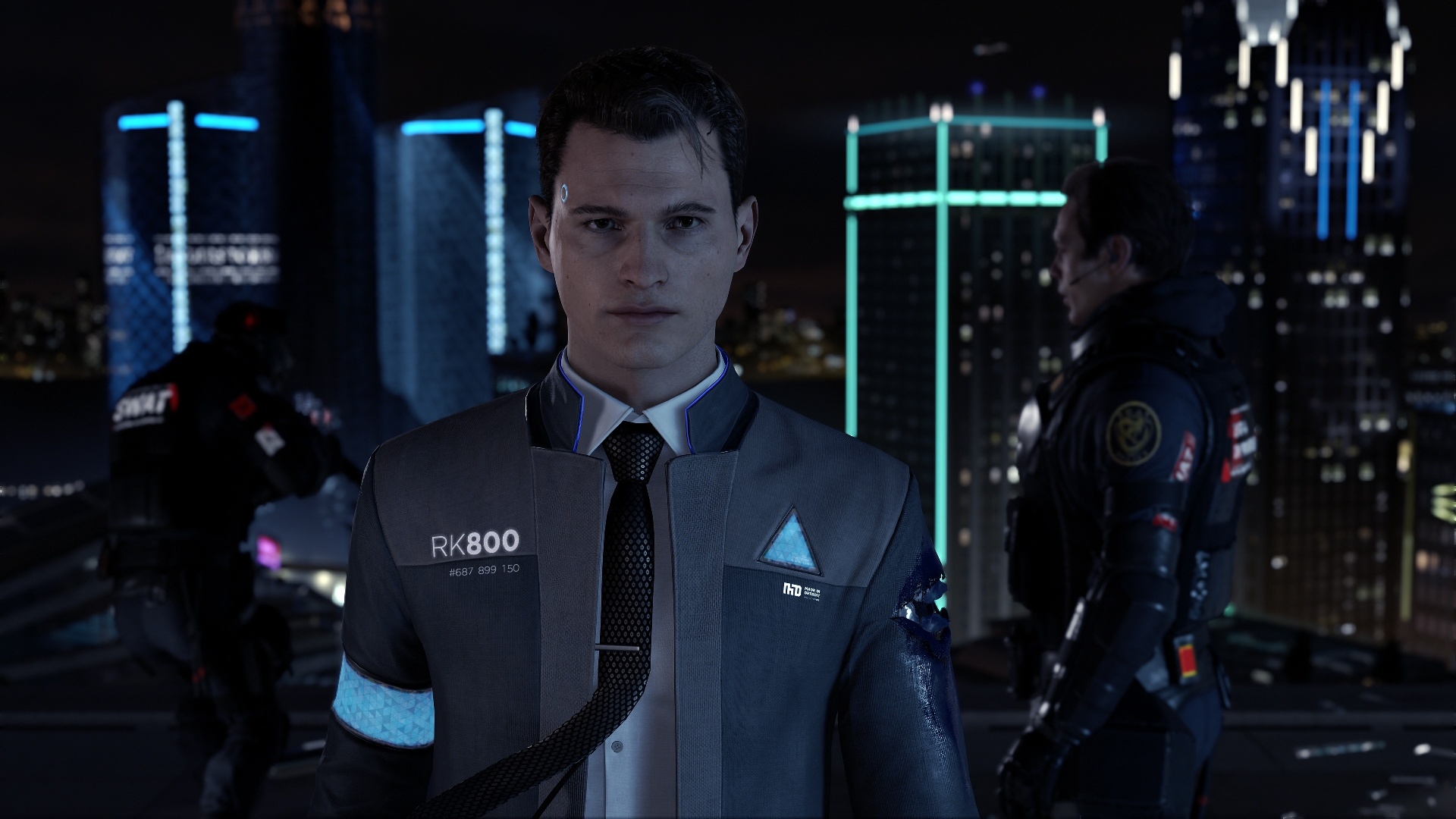 The voice acting is brilliant – as is the music too. Quantic Dreams scoured the world for the best voice actors from Paris, London and even LA and it has really paid off, making the characters seem believable and the whole game seem more realistic even though it is set in the future.

The only drawback for me are the controls. Whilst very simple, moving characters can become a bit of an issue with camera angles that do look cinematic but also make it awkward moving from one area to the next – I found myself reminded of tank controls of Resident Evil, when pressing forward will suddenly send you the opposite way when the camera angle is changed. It’s only a minor critique, but you’d think with so many years in development, somebody would have said something about it? Though I found myself in the same situation in Heavy Rain also.

The game may seem a little short, but with so many choices to make in each situation, there are many reasons to go back and replay through each scenario – making it well-rounded for replay ability. All the trophies are locked, so at the time of writing I still haven’t discovered them all but I assume most will pop when I have played the game through a fair few times.

Detroit: Become Human is a masterpiece in storytelling, in plot, in the way it portrays the characters and how it allows you as a player to make decisions throughout. The visuals are fantastic, the voice acting, and sounds are great, and work well combined to make a game that has clever twists and turns, based on your own choices. If only the tank like controls were sorted, this would have been an immaculate (artificial) conception.