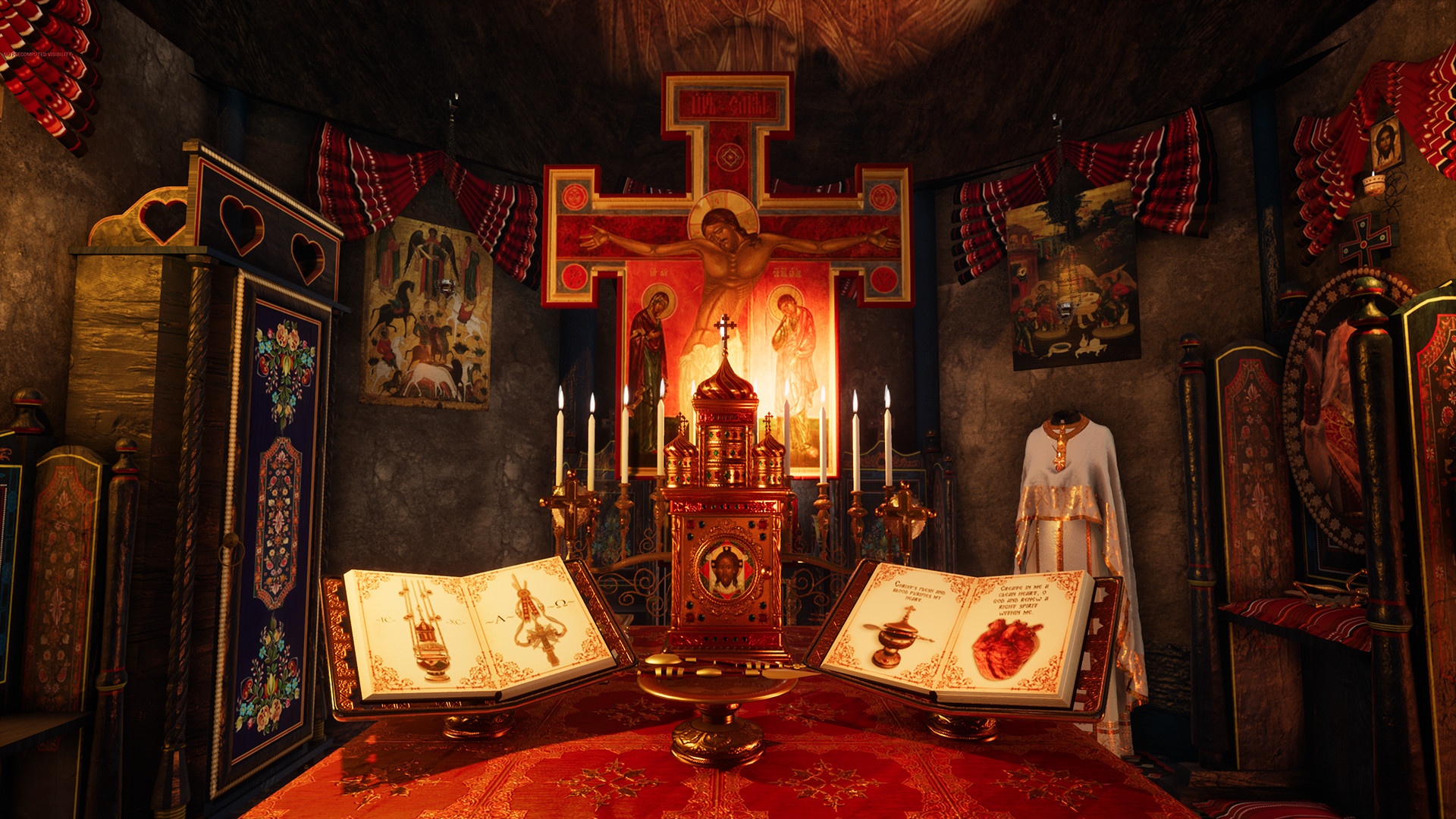 Father Abraham, what have you done? That is the question you will soon be asking yourself after entering the world of Gray Dawn. A tale of a priest, an illicit affair, missing children, and plenty of demons soon unfolds in this first-person horror adventure steeped in religious imagery.

After an introduction seemingly narrated by God asking why he has been abandoned, Father Abraham awakes in a home setting sometime in the early 20th century. As you begin to explore the room, a narrated voiceover begins initially vocalising the priest’s thoughts but soon including other voices as well.

The house quickly becomes surreal with the atmosphere and surroundings becoming increasingly nightmarish with each room entered. An old radio broadcast and demonic voices give the first clues as to what is going on. Several children have disappeared under Father Abraham’s care including an altar boy whose apparition appears on several occasions guiding the priest deeper into the nightmare he is trapped in.

In a scene straight out of a scary movie, we learn another major transgression of Abraham’s – a sinful affair with a member of his parish. This part of the game induces a feeling of panic as the Father cannot easily escape the room. Try the door and it gets covered in bricks as a maddening red hue rages across the screen. I won’t spoil the outcome by telling you how to get out of there, but the solution is quite simple yet deftly hidden thanks to the upsized serving of horror. 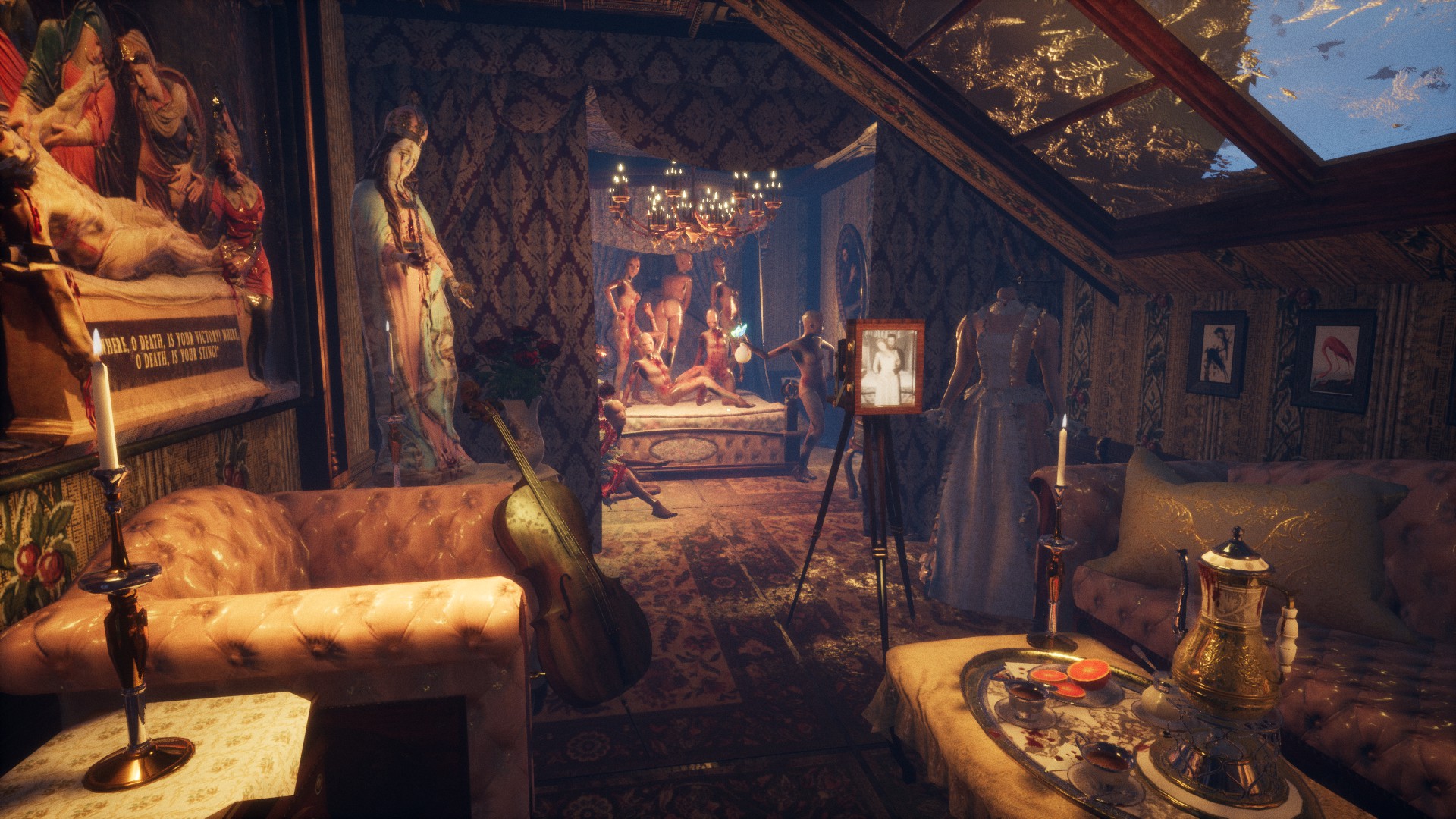 The game itself focuses heavily on exploration. You flit between the house and a deceivingly idyllic outdoor area with doors acting as a portal between the two. You have to drag your mouse/control input to open doors, drawers, and cupboards as well as to move objects. This mechanic is nothing new but does to an extent add to the immersion of searching and exploring. However, it can get frustrating at times when an item does not move or bounces off something else and returns to where it was.

Certain items can be examined with Father Abraham filling us in on their function and/or the memories and meaning they hold. Some of those items can be added to an inventory for use in solving puzzles in other areas of the game. When the time comes, the necessary item is automatically selected which eliminates a lot of the guesswork that often bogs these games down. That does also mean, however, that puzzles are often easily solved.

The first-person perspective is reminiscent of the Amnesia games as you explore the areas and try to keep your wits about you while hunting for clues. The scenes are detailed and also quite bright and colourful for a horror adventure. This does, however, fit in with the surreal dream/nightmare scenario portrayed in the game. It also allows the imagery of childhood, Christmas, and religion to stand out more vibrantly. 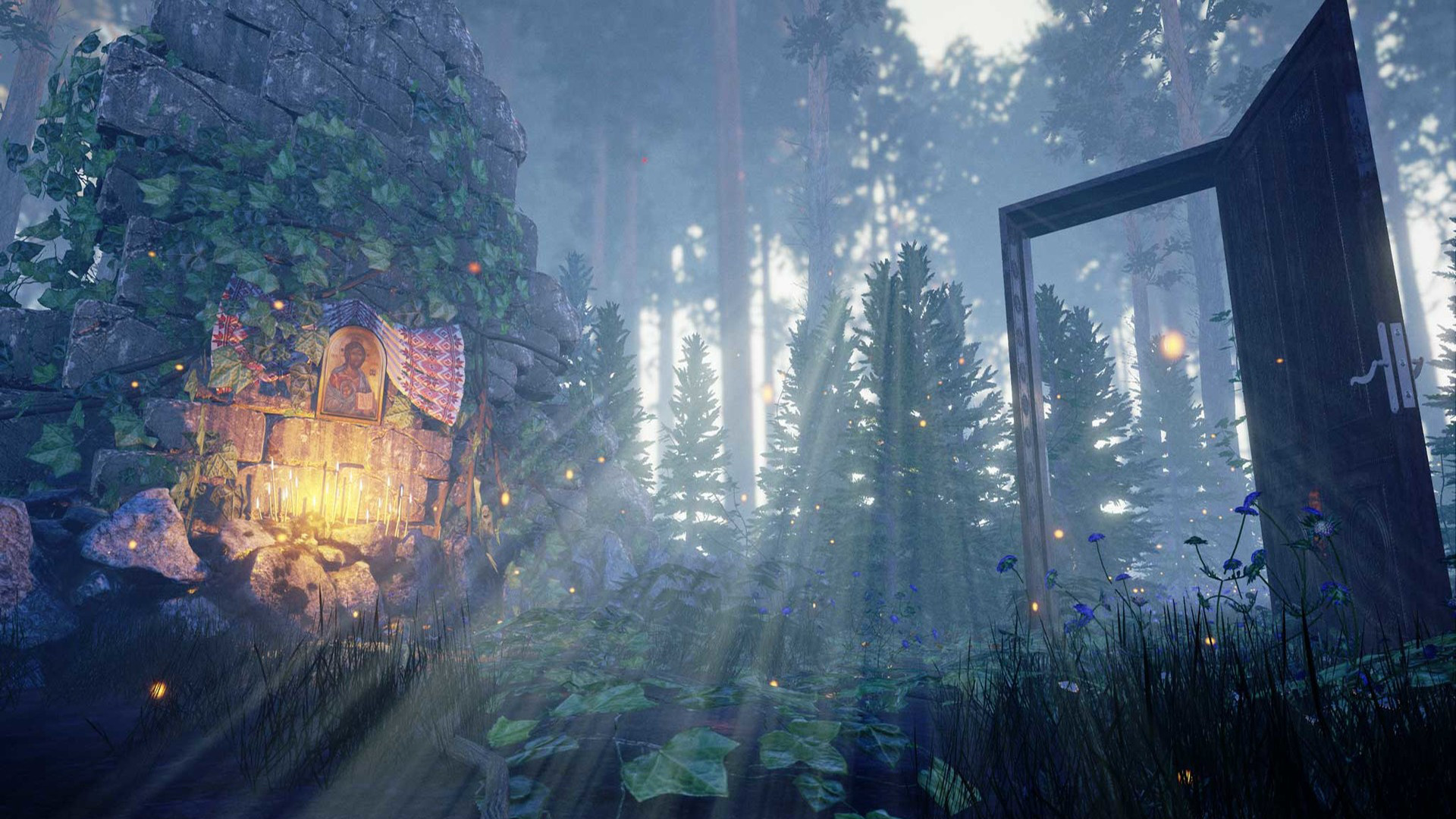 Some of the scenes in the game are very surreal and gory such as the multitude of dead, half-gutted fish spread around the kitchen or the bed covered in a large patch of blood. The religious imagery is also overwhelming at times. We see ornate crosses hung in various directions, paintings, books of scripture, trinkets, and ornaments. While these no doubt provide clues and Easter Eggs for the eagle-eyed, a lot of the meaning and significance is likely to be lost on those not over-familiar with Christianity or Catholicism.

One other issue with the demo levels I played through was the voice acting. As mentioned above, details of the story come through Father Abraham’s own out-loud thoughts, voices from his troubled past, the radio, and other-worldly sermons and condemnations, but at times these are quite wooden particularly the narrations of Father Abraham himself. For a game that relies so heavily on the voiceovers to further the story, this feels like an area that should have had better quality control.

The narration does offer key hints throughout the game, however. As each new act begins, carefully paying heed to the voiced introduction will give clues about what horrors and puzzles await. The darker moments will offer insight into the mystery of Father Abraham’s transgressions and the fate of the altar boy while also providing further hints about what to seek out and use to move onto the next puzzle.

Overall, Gray Dawn offers an intriguing story with plenty of disturbing and potentially scary moments. While the progression is at times linear and the puzzles are not very challenging, the way the narrative unfolds maintains interest. The setting is surreal and heavily indoctrinated with religious imagery but also vivid and detailed. The voice acting leaves something to be desired at times but serves its purpose well enough. Fans of story-driven horror games may like this title, but it is unlikely to make many converts to the genre.