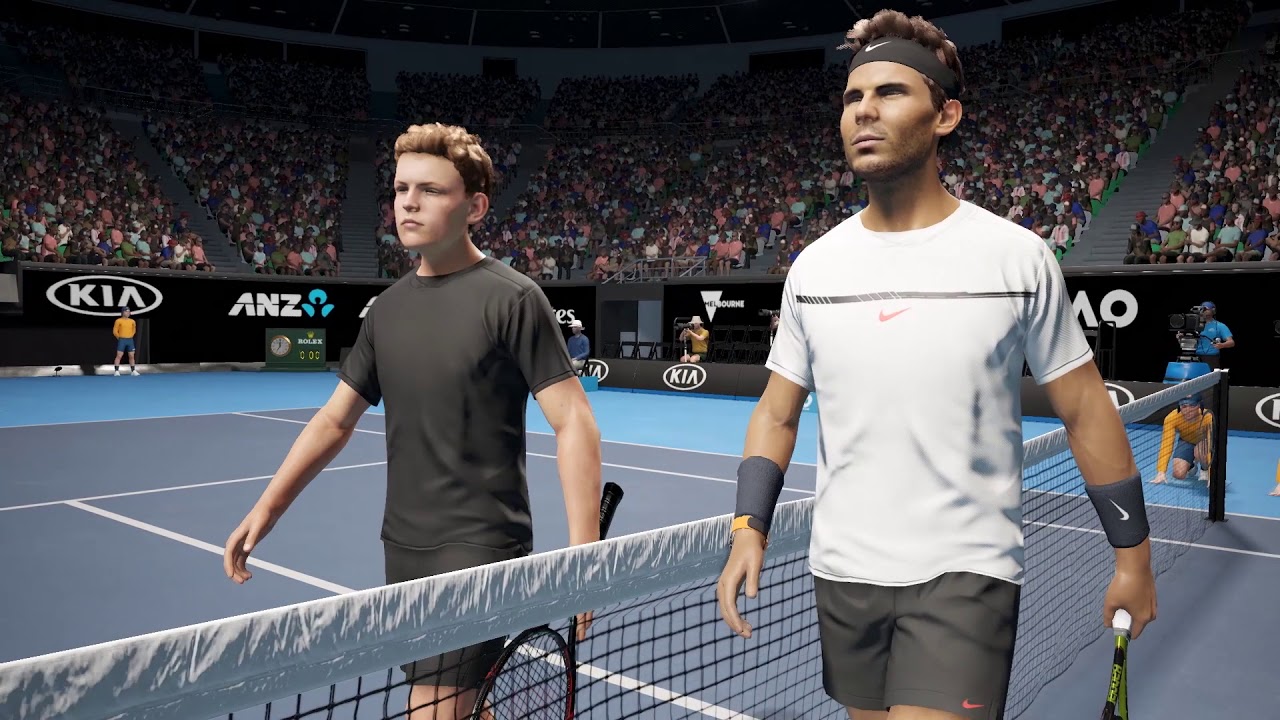 Sports games can make any and all athletic competitions fun. From football, through track running, all the way down to golf, they can turn any sporting event from a slow, tedious, and uninteresting slog, into a thrilling an exciting contest, which can swallow one whole for hours, if not days at a time. In fact, sport centric games can at times elevate the competition itself, as many titles such as the highly renown and popular FIFA, promote football, and all the leagues which can be found within it, all year round. But in order to get to where it is, EA Sports had to spend thousands of hours and millions of dollars, developing, and marketing numerous, successful installations of the franchise. And in truth, not all sports can get to the point which FIFA currently occupies, especially when games which are based on them are not particularly good.

AO International Tennis, when first appearing on the scene of modern consoles, had the entire world ahead of it, as it was arguably the first major tennis based game on the market. However, just like RIDE back in 2015, it has failed to capitalise on the opportunity which it has been given. And it is mainly due to the fact that AO International Tennis, just like Ride, is a second-rate rendition of the sport on which it is based. And both execution and quality wise, it is light years behind titles such as the aforementioned FIFA, NHL, or even the lesser know and popular Pro Evolution Soccer. And while the studio behind the title has made clear attempts at trying to push AO International Tennis, closer towards the AAA titles, it has ultimately failed at every single hurdle.

When you first turn AO International Tennis on, you’ll be confronted with a ‘press start’ splash screen, which will feature an interactive character model of one of the featured players. However, there is an issue with that, and it revolves around the fact that all in-game character models are incredibly ugly. Their faces are dead and devoid of any sense of humanity, their hair looks plastic and on par with early minor PlayStation 3 era titles, and the models in general seem incredibly sub-par – especially for the modern standard. And considering all these flaws, the developer behind the title has still decided to place their amateur-like character models front and center. 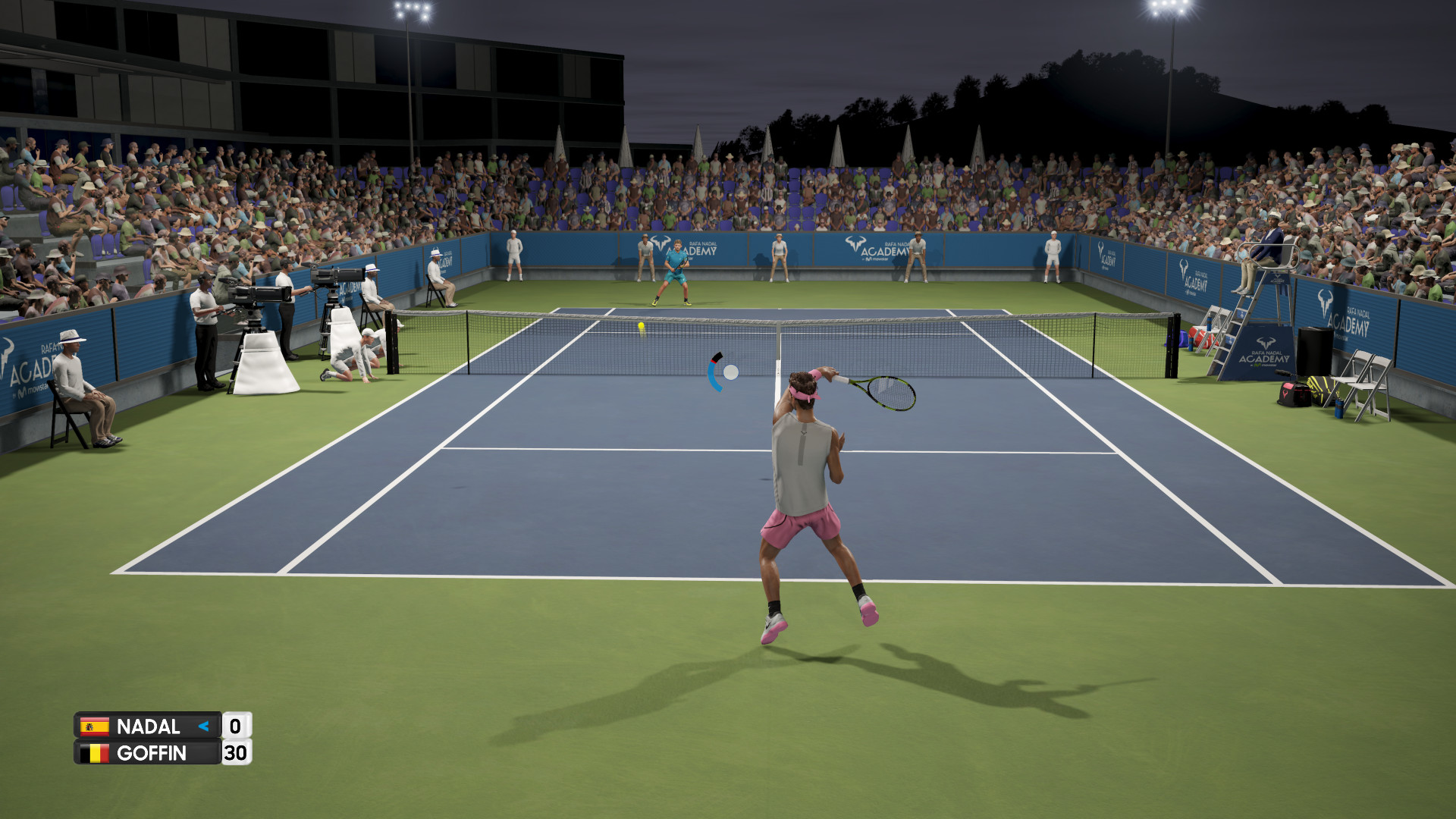 Once you get past the Quasimodo guarding the title’s splash screen, you will then be ready to experience AO’s rendition of tennis. And right from the get go you can choose to either play a quick and casual match, learn within the confines of the academy, experience the ‘thrill’ of the Australian Open, or live out your dream of being the world’s number one ranked player. And understandably, most will likely first go for the career mode, as such is usually at the core of most games of this kind. And AO International Tennis’ career mode initially leaves a really good impression, as its character creation suite, and the host of different options and setting which are at your disposal, puts even EA’s UFC 3 to shame. But once you get into the shaping of your desired character, you’ll have to face the harsh reality of the fact that AO International Tennis is incredibly unpleasant to the eye.

No matter how hard I’ve tried, and how much I have moved around all the notches and sliders, every single character which the game has served me with was simply abhorrent. And arguably, the male models are much better looking than the female ones, but don’t expect either of them to win Mr Universe any time soon. And more likely than not, most will just go with the basic character model, or a pre-existing professional player, just to save some time, and sanity.

With your own Frankenstein’s monster by your side, you will then be ready to enjoy the world of AO International Tennis. That is once you are done upgrading your skills, of which there is a multitude of – not as many as in FIFA or UFC, but still enough to keep you busy for hours. And in all honesty, the framework of AO International Tennis’ career is quite robust as it allows you to participate in numerous competitions, train, rest, and manage all aspect’s of your pro’s life. But the core issues of this particular mode, in fact all the modes, lays within the gameplay itself. 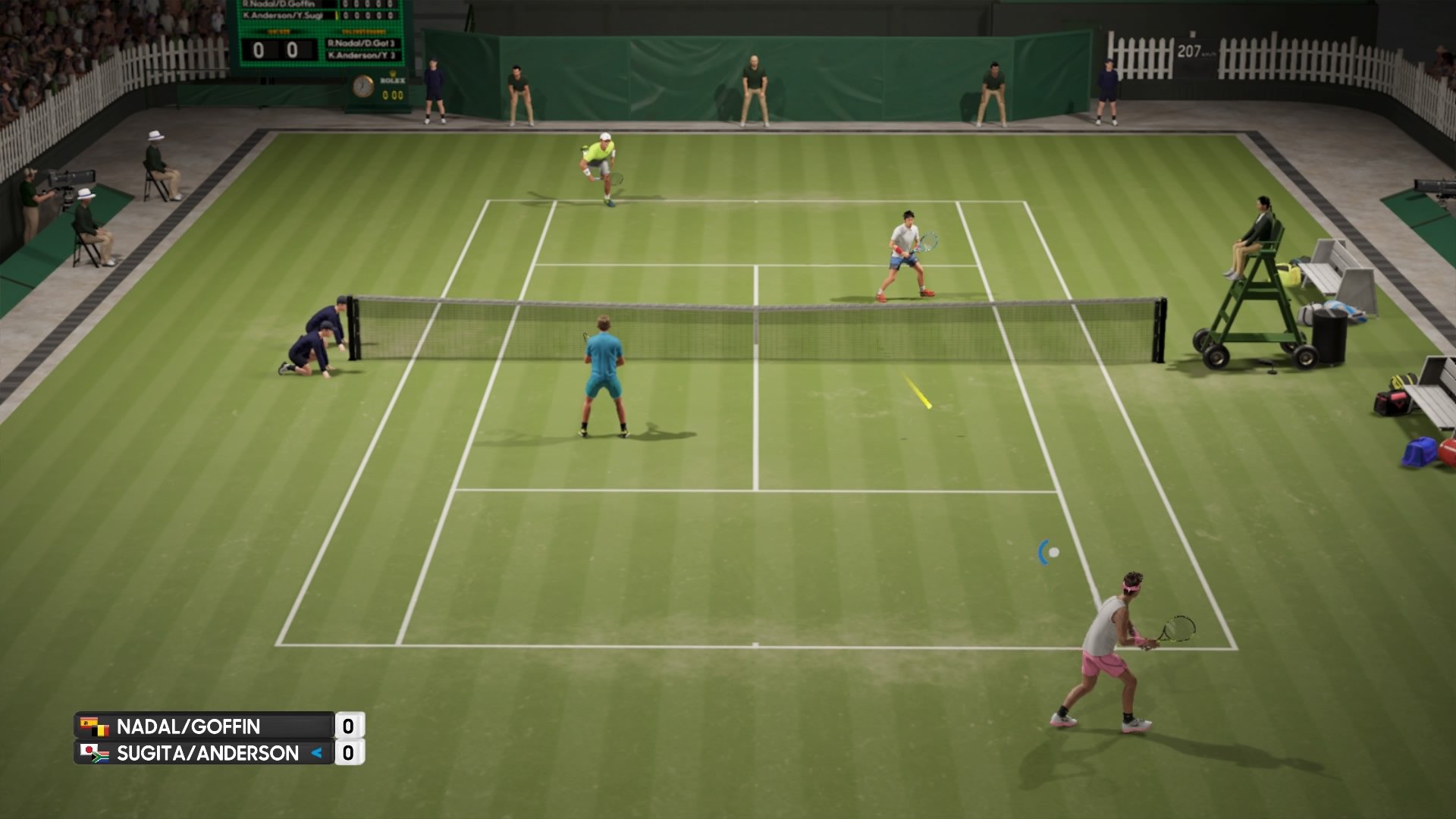 The core gameplay of AO International Tennis is not any way shape or form grossly offensive or bad, it is much worse than that, as it is simply boring. For the ten or so hours which I have spent with it, I haven’t been entertained by it even once, and that’s because the gameplay is not very engaging in neither its game-to-user connection, nor presentation. And even if you were to go as far as to increase the game’s speed – which is possible – it is still just as boring, just faster. And this is mainly due to the fact that AO International Tennis is neither a complete simulation, nor an arcade game, it is stuck in a limbo in between the two, struggling to find its identity.

As mentioned above, AO International Tennis is not a bad game by any means, it simply does nothing to justify its price, as it is never entertaining. And worst of all, it expects you to entertain yourself as it features some incredibly ridiculous loading times – especially for a sports game. The transition between the career menu and the match may take anywhere between two to five minutes, meaning that it takes AO International Tennis longer to load a simple tennis court and a handful of models, than it does Horizon Zero Dawn to load in hundreds of characters, robots, and an entire open world. And the overlong loading screens are what ultimately kills this game, because at times, they take so long that you contemplate whether or not you should simply quit, and never comeback – which I personally and ultimately have done.

When I first stumbled across AO International Tennis, I was in disbelief that it have received scores as low as two or even three – because on VOD, it looked relatively decent. But now that I had a chance to delve deep into its guts, I come to understand why others hate it so much. And while I don’t despise it as much as the others, then I have to admit that its inherent technical incompetence, in conjunction with catastrophically dully gameplay design, and downright ugly visual face, make me believe that AO International Tennis, is one of the worst sports games of this generation. And while it may not be as poor and underwhelming as  Alekeheine’s Gun, it is still bad enough to fall within the ‘below average’ category.