Kingdom Come Deliverance, is arguably the most accomplished, pure RPG of this generation. And while production wise it is far behind The Witcher 3: Wild Hunt, Warhorse Studio’s 15th century epic, has more than compensated for its uneven visual facade and an array of bugs and glitches, with a superb and one-of-a-kind set of systems and mechanics, which quite frankly, to this day, put all other role-playing games to shame. And just like with the above-mentioned Witcher, those who loved Kingdom Come understandably wanted more in form of DLCs and expansions, and while Warhorse has delivered on this front, it has ultimately done so in a completely different manner.

The very first paid piece of downloadable content for Kingdom Come: Deliverance is titled From The Ashes, and unlike Blood and Wine, and/or Heart of Stone, it doesn’t introduce a brand new narrative path, but a set of village-building mechanics. As the entirety of this add-on revolves around you, Henry, rebuilding the recaptured village of Pribisalvitz, which in-game was held by bandits. And if you haven’t played Kingdom Come yet, but are planning to do so in the future, then you’ll be happy to hear that you don’t have to finish the main story line, in order to access From The Ashes, as you can indulge yourself in the add-ons city building mechanics, the second you liberate the above-mentioned location. And those who are already playing the game, or have finished it, will be equally satisfied to hear that the DLC can be accessed even during the prologue.

From the Ashes, opens superbly – just like all the narrative branches of the core experience. As initially, you have to save an allocator sent to Pribislavitz by Sir Divish, who has been captured by bandits. And in the true Kingdom Come fashion, you can approach this in any way which you desire. You can either challenge the kidnappers in open combat, pay the ransom of roughly 2000 Groschen, or simply sneak into the camp at night, and slaughter all of them in their sleep – your call. And once they have been dealt with, you then begin your journey as the Bailiff of Pribislavitz, as once you have liberated the village – once again – you, along with all the other surviving residents of Skalitz, become the new residents of Pribislavitz, which lies in ruin, and which you have to rebuild. 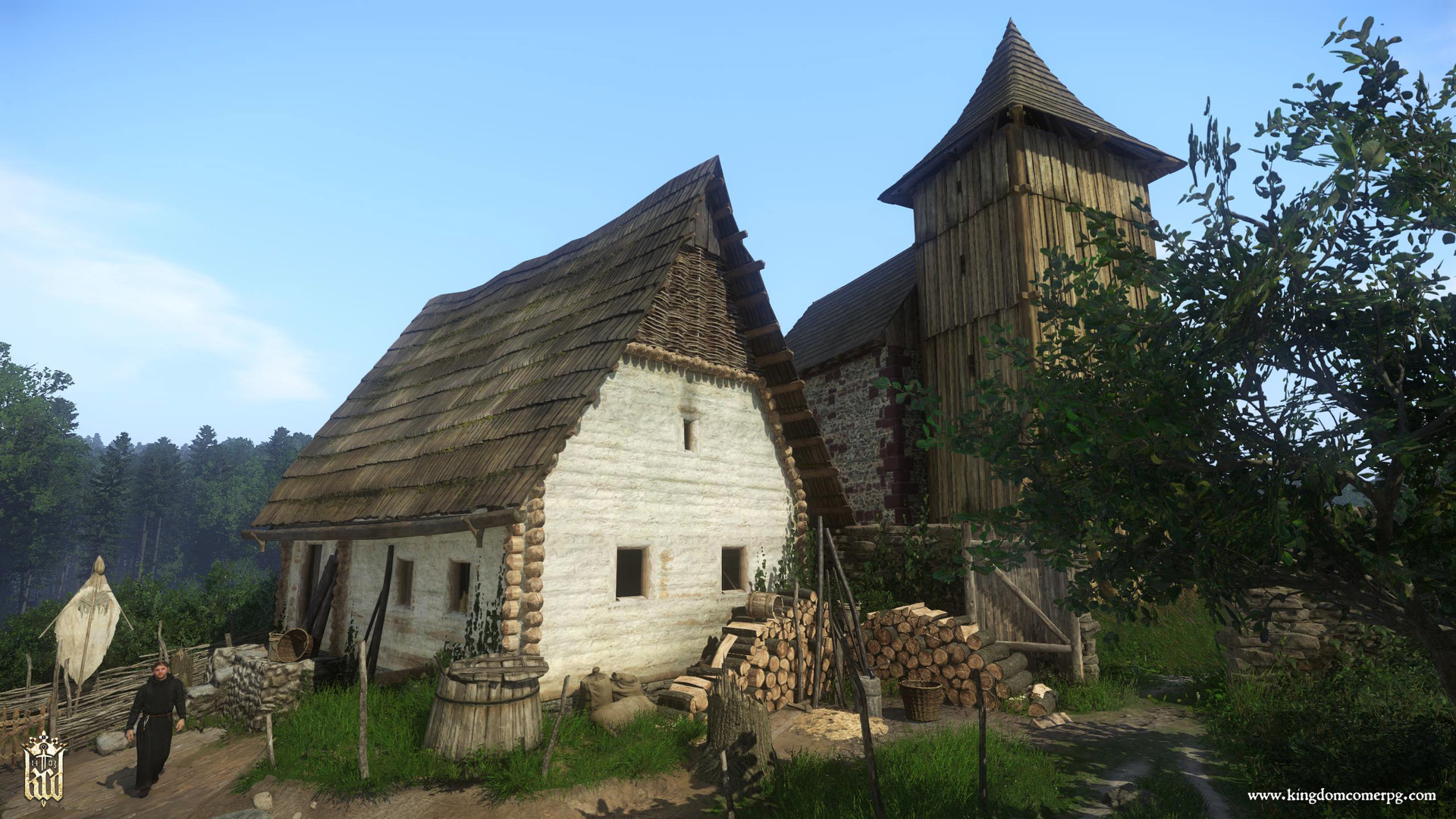 Most who’ll play Kingdom Come’s From The Ashes, will be impressed by its opening, as it is simply more of the same superb, 15th century storytelling, which can be found within the main game. But once you complete the inaugural mission of the DLC, and begin the process rebuilding Prybyslavitz, you will then be able to finally experience the core content of the add-on pack, and unfortunately, what fallows the opening is nowhere near as successful or as captivating, as the DLC’s very first mission.

The process of rebuilding Prybyslavitz is incredibly shallows, and in many ways insignificant. As in-game, you rebuild the now empty plains mainly with money, and if you had a chance to play Kingdom Come Deliverance, prior to this DLC, you’ll know that every Groschen counts, and that it is a rarity to carry more than 1000 Groschen at a time, in most cases. However, the DLC seems to disregard that completely as does not only require you to pay for the village’s expanses, but also for every single building, and those can cost over 5000 Groschen. And even if you have spent the entirety of the game in a set of rusty armour, saving every coin you have come across, it is highly unlikely that you will be able to build anything, right from the get go – especially if you have paid the ridiculous 2000 Groschen ransom to the bandits. 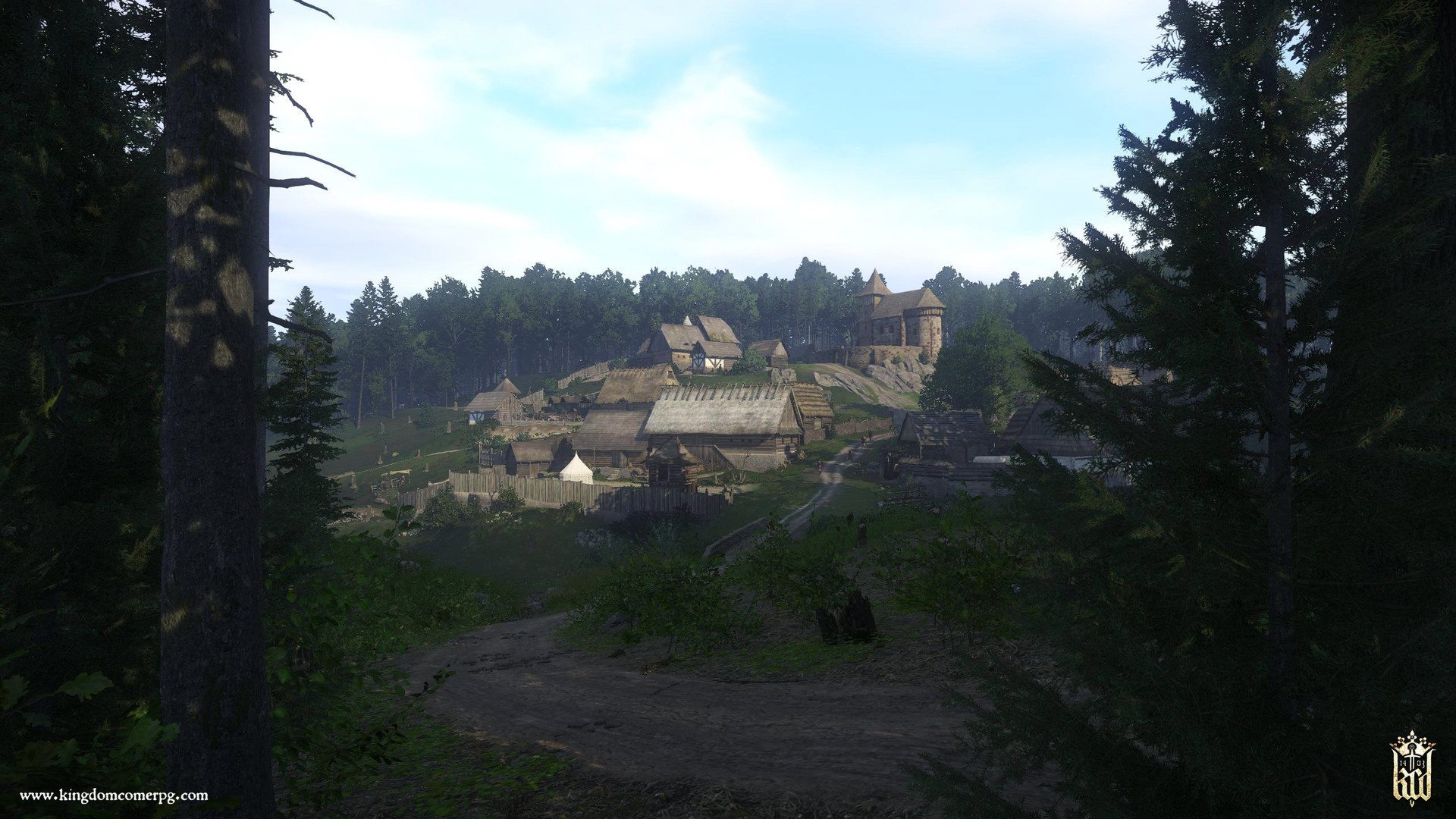 Personally, I understand where Warhorse is coming from with the structure of this particular DLC. As From The Ashes, is meant to serve players as end-game content, as in order to rebuild the village of Pribislavitz, you will need not only the money, but also all the knowledge regarding the title’s feudalism. However, if one have spent hundred hours with the title, cleaning up every single side-quest and bandit camp, he/she is more than likely to skip this DLC entirely, as it adds nothing for those in search of the next Kingdom Come experience. And in that regard, this piece of additional content misses the mark completely, as it leaves those wanting more, with a sour taste and rather grim look into the future.

If From The Ashes were a part of the title’s core content, or if it at least was a free addition to the game, then maybe, its shortcomings could have been excused. But its inherent lack of depth and complexity, in conjunction with a borderline nonexistent amount of narrative content, renders the DLC into obscurity, as it simply something that most don’t want, and certainly something they don’t need. And while the content pack in question could potentially be salvaged in the future, with further expansion into rebuilding Skalitz, then it has to be said that Warhorse is much better off working on a larger, narrative expansion than yet another, unceremonious, shallow DLC.

For me, Kingdom Come Deliverance, is so far the game of the year, as it offers an experience which no other title can even come close to. As the title’s narrative and setting are second to none, and offer the players world over a fresh new look into a genre, which has grown increasingly stagnant over the years. But saying that, even I cannot recommend From the Ashes, to anybody who has already finished the title. But those who are yet to begin, may find this particular DLC fairly enjoyable, as if experienced alongside the core narrative, it adds another layer of content and complexity to the already expansive title.