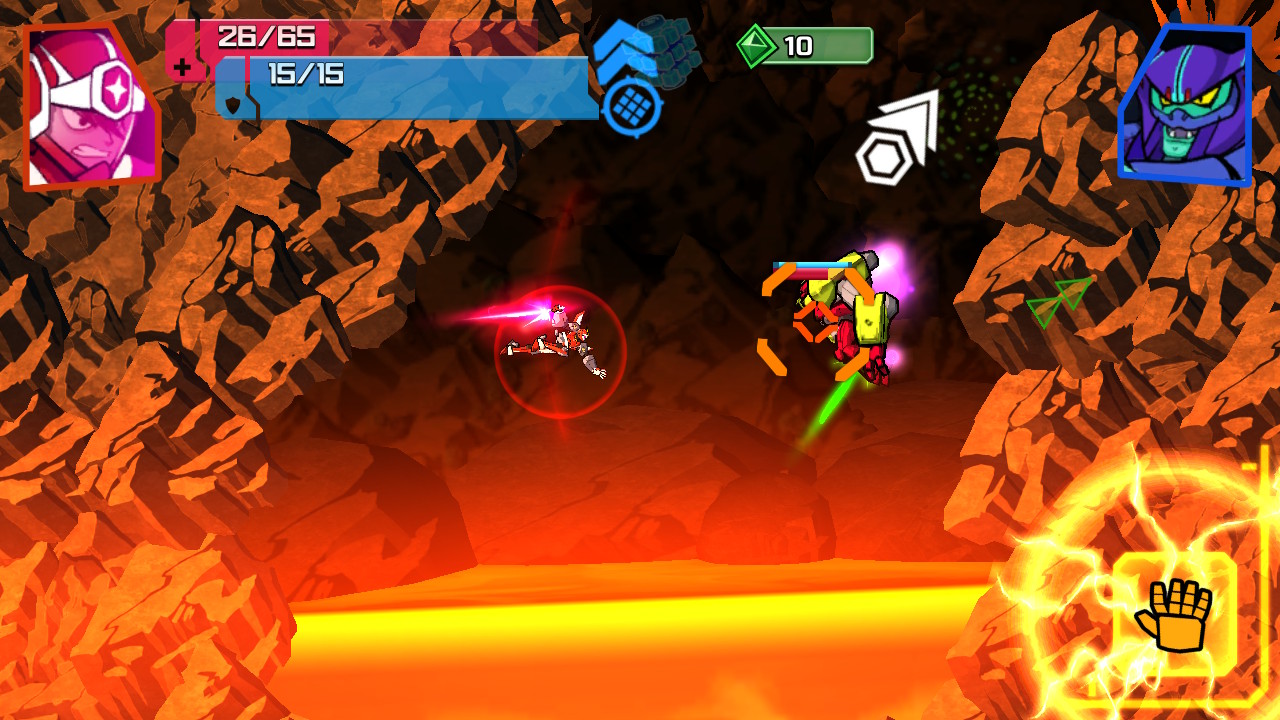 The Galak-Z series of games have been around for a couple of years now, spawning a variety of iterations upon different platforms such as the PC, Playstation and mobile devices. The latest of such titles is now seeing its release upon the Nintendo Switch, in the brand new, one-of-a-kind, space shooting, action RPG, Galak-Z: Variant S. Developed and published by 17-BIT, in partnership with GungHo Online Entertainment America, this free-to-play, or F2P, title is available to download right now on the Nintendo eShop.

The game follows the adventures of space-farers A-Tak and Beam, as well as a few other pilots that they find along their journey, as they traverse the Galak-Z in a quest to save the Earth and search for relics and salvage; all the time whilst battling against the imperial army of the ruling evil Baron. From the cockpit of a sleek spacecraft, or suited up within the power of a giant mech, you explore a series of maze-like levels in search of collectables, whilst fighting against space pirates, giant bugs, dark bot bosses and avoiding environmental hazards in order to upgrade and strengthen your craft and capabilities on your journey to becoming the highest ranked pilot in the galaxy.

You and your crew fly to a variety of sectors, each one housing a series of levels, over one hundred in total, that need to be explored in order to attain the riches that they hold. Each level is connected via a flight path, which need to completed in order to unlock the next stage. With a spacecraft or mech suit at your disposal, you can choose which craft to use to explore each level; although some levels do limit you to a specific craft that you can use. Whatever vessel you choose to use, each possesses a varying style of control and combat, from the more agile fighter with long-ranged weaponry to the more manoeuvrable mech with its close-ranged laser sword. Each has a variant in health and shield capabilities too, with the fighter having more health, but weak shields and vice versa. Viewed in a 2D perspective, you guide your craft around a series of cavernous corridors as you battle bots to collect salvage before unlocking the level’s portal to exit. Movement is controlled by boosting in a certain direction; although inertia needs to be taken into account. It can feel awkward at first, but in no time at all, you’ll soon be boosting through the narrowest of ravines and dodging the space worms that hide within the levels’ cavernous walls. 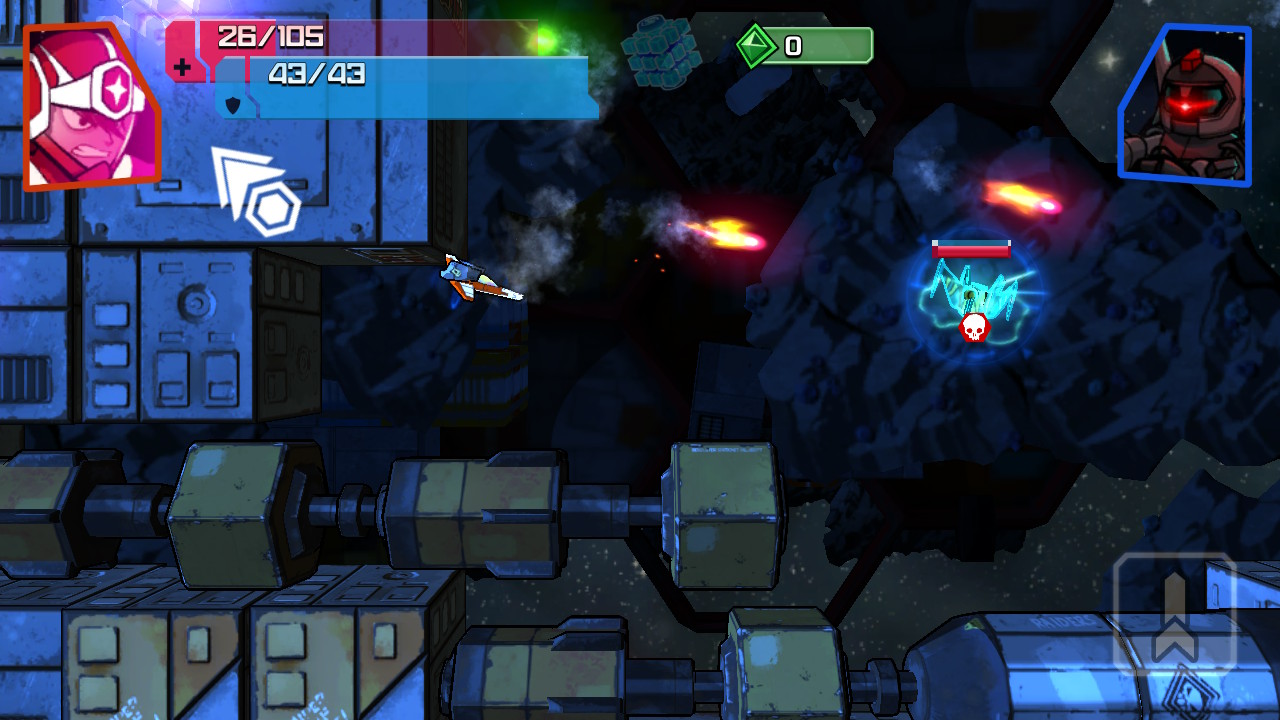 Each of the caverns contains a number of paths that can be taken. However, a large white arrow points you in the general direction of where the exiting portal can be found. Other coloured arrows also point directions to enemy bots that can drop salvage when destroyed, or more importantly, battle relics that can be used to research new weapons and upgrades for your craft. However, be warned, for if you reach a grisly demise before exiting through the level’s portal, then any relics you may have acquired will be lost, forcing you to re-try the level again; although, you are given an option to respawn with no loss of any gains, but only if you have the collected the required resources to be able to do so.

It all starts off with a simple premise as you begin to build your stockpile of salvage and relics. However, as you progress, more of the game begins to open to you; presenting you with a wealth of options, gameplay elements and depth to keep you engaged. As well as upgrading and repairing your craft and researching relics, you can also partake in daily challenges, mission accomplishments and bot battles; all of which can earn you level XP, bot parts and more vitally, crash coins. The developers also bring in timed-events, such as login bonuses and special levels to keep things fresh, adding a layer of longevity and replay-ability to the title.

Whatever collectables you manage to accrue, they all act as form of currency within the game. Each have their own specific function, from ship repairs to bot building, as well as unlocking craft upgrades. The most important of these elements though, involve the collection of crash coins. These can be collected through a variety of options, such as researching relics and completing in-game achievements and become an important element of the game as they not only help to speed up development of item researches, but can also be used to purchase more powerful bots; another important element of the game. 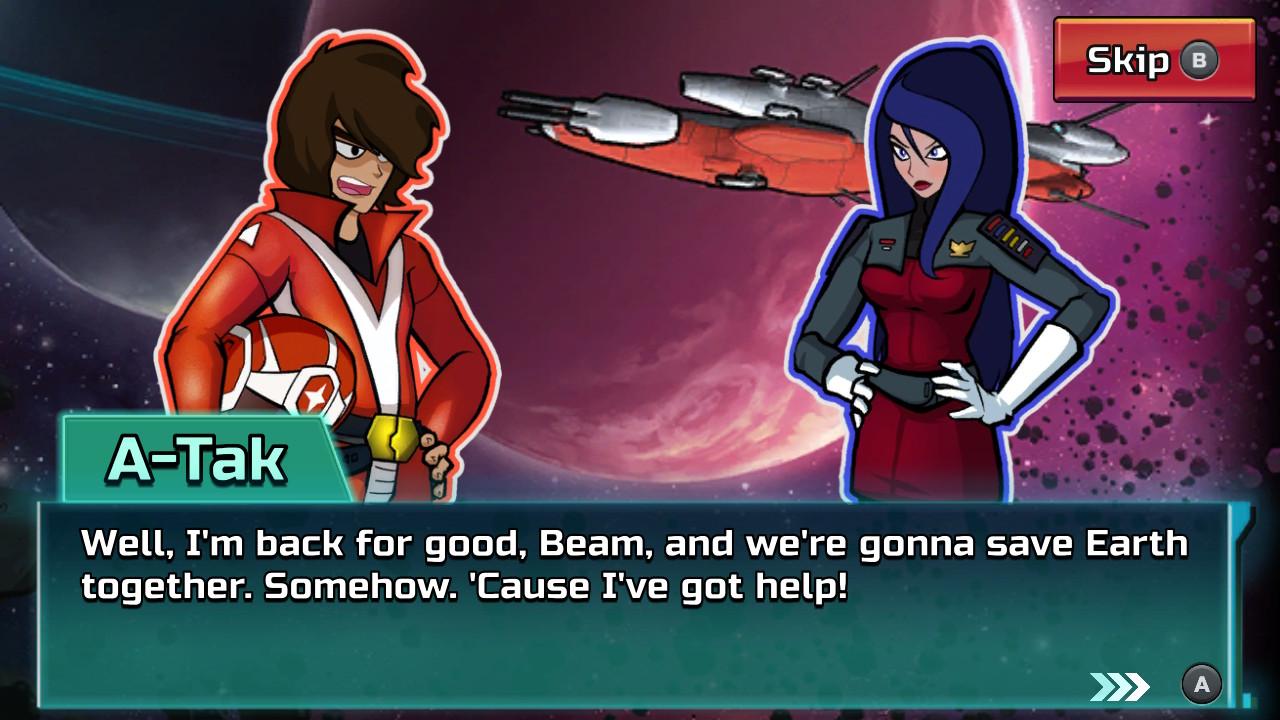 By creating, or unlocking bots, you can assign them as co-pilots to your craft; further bolstering their strength and capabilities. However, these can also be used in an online component, as you create a party of bots in both an attack and defensive stance as you battle other players’ parties and vice versa in the Bot Battle league. By winning bouts, or destroying other players who attack you, your bots gain XP which further enhances their, and your crafts, capabilities. For a free-to-play game, there is a staggering amount of content and things to do within this title. However, it does also contain an element of micro-transaction; particularly with the purchase of the game-enhancing crash coins. It isn’t a necessity though, as many functions can often be completed once a time limit has passed, such as ship repairs, bot battle regenerations and relic researches; these coins merely eradicate the need for time to pass, although they can also grant access to certain items and bots that are of a higher quality. However, the developers have done a remarkable job with the mechanics of their micro-transactions, as if you don’t spend a single penny, you never feel disadvantaged with your decision.

Designed to take advantage of the Switch’s unique features and play options, Galak-Z: Variant S is a title that can be played in TV, handheld or tabletop modes, along with some rather impressive support for HD rumble, touch screen implementation and controller support for both the pro and joy-con varieties. As a casual experience, this is a game that sits perfectly upon the Switch. It’s bite-sized levels and modes of play, as well as its daily challenges and bot battles, provides a fun experience that can be played every day on your journey to building a stronger team, weapons and crafts to take on your voyages of discovery. Due to its nature of micro-transactions though, you can hit brick-walls every now and again; especially as you progress deeper into the game. You can pay to speed things up, but waiting for timers to expire can recharge and refresh everything ready for a new challenge the following day; it just means that some elements of the gameplay can be a bit slow at times as you play the waiting game.

Overall, Galak-Z: Variant S is a great little title that helps pass the time of day in its casual capacity. Taking on the daily challenges and working through each of the levels, as well as working towards your achievements, provides a good form of entertainment. Everything here is well thought out and presented, with easy-to-follow menu layouts, satisfying control schemes and movement mechanics and a bright and colourful aesthetic. However, it’s real beauty lies in advancing everything along, from researching new weapons and capabilities, enhancing your bots and their parties and taking the fight online as you compete in leaderboard seasons that reward you upon completion. Everything here is ideally bite-sized, making it perfect for the Switch’s portable nature; although its use of micro-transactions and waiting times can be off-putting to some people. However, stick it with it and it’s a fun, quirky game that rewards you for playing daily, in fact it encourages you to do so; plus it also affords you the time to delve into any other titles that you may own as you wait for the game to recharge for your next adventure amongst the stars of the Galak-Z.