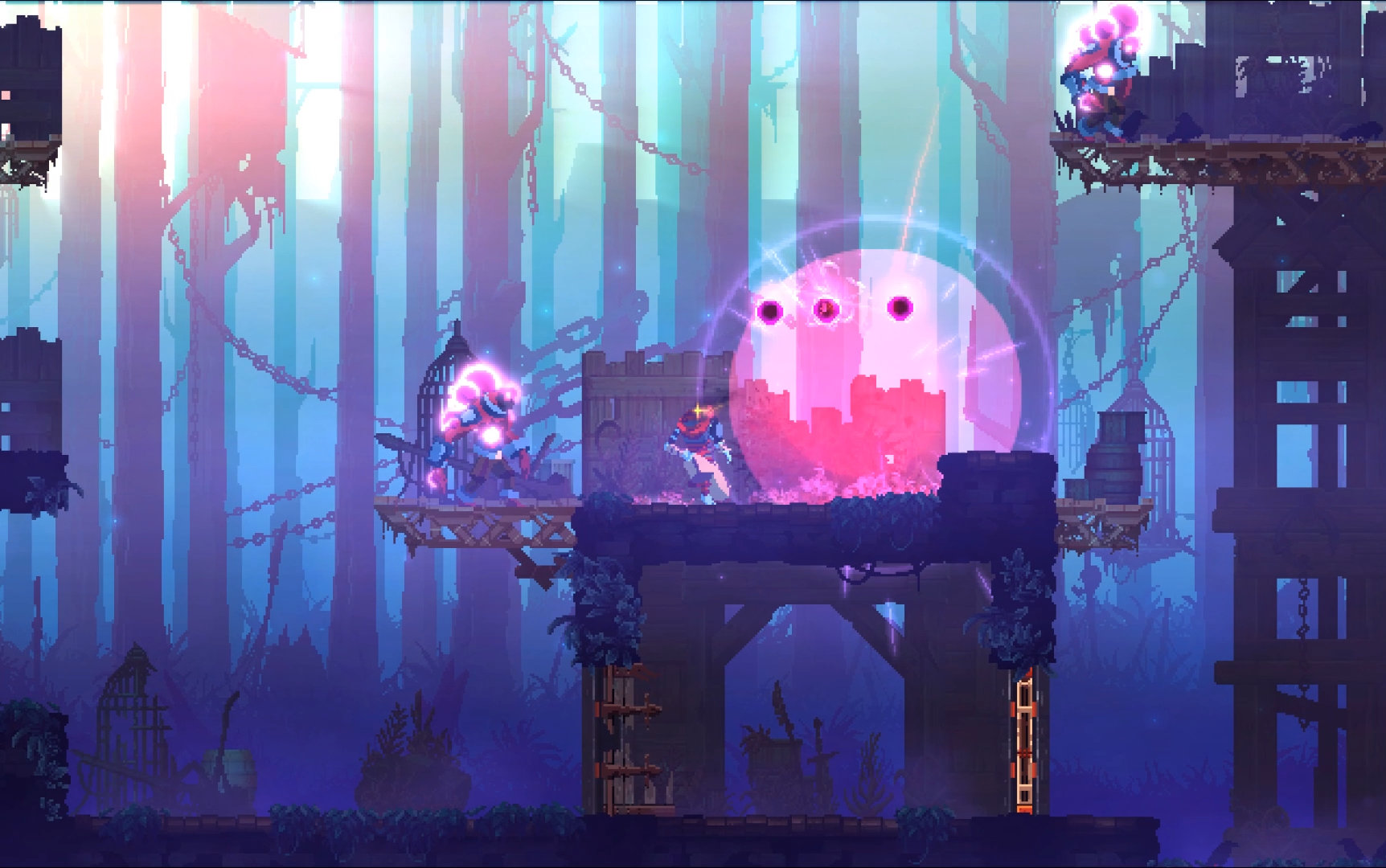 2018 appears to be the year of roguelikes, as seemingly, there has been a new live-kill-die-repeat title out nearly every single week – since the beginning of 2018. And while games such as Everspace and the much more recent MOTHERGUNSHIP have been at the forefront of the genre’s resurgence, they both lacked the charm and ingenuity of the likes of The Binding of Isaac, Rogue Legacy, or Spelunky. And at the end of they day, both the above mentioned games were closer to first person shooters, than actual roguelikes, as despite of their core premise, both Everspace and MOTHERGUNSHIP could and can be completed without the need to upgrade and/or evolve the in-game characters.

If one were to take a step back, and look at the state of the 2018’s roguelikes, he/she could confidently say that all those games, while self-proclaiming to be just like the genre’s namesake, Rogue, are far from it. And in fact, 2018, despite of all of its releases still lacks a meaningful, and genuine roguelike title – that is until now. As the just released Dead Cells, is the first true roguelike to be released in a very long time, and on top of it, it might just be the first true indie game since the PlayStation 4 release of Deadbolt.

Dead Cells has been in early access for a good part of a year at this point, but it has been officially released across the three major platforms on the sixth of August 2018. And while many might have been disappointed by the fact that it has taken Motion Twin, the developer behind the title a year to complete it, then it has to be underlined that in the end it was absolutely worth it. As Dead Cells, is not just a game but a work of art – on each and every single plain. It is a title so superb, that it overshadows all of the developer’s previous efforts, as well as those of other indie developers, the world over.

When looking at Dead Cell’s screenshots, it is easy to notice that it is an incredibly eye pleasing title, as its pixel-art aesthetic, and use of lightning are second to none. However, the title in question is simply breathtaking when experienced in motion, as once the core visuals are combined with the title’s incredibly charming animations, Dead Cells ascends to a higher plane of existence. And offers the player a spectacle which is simply unmatched by any other indies, and quite honestly, the vast majority of modern AAA games. And what makes Dead Cells truly tick, is that its audio-visual facade makes the title seem genuinely alive. And Motion Twin, has really gone out of its way to provide you with the best possible experience, as each and every component of Dead Cells, features its unique characteristics, and incredibly intricate animations. 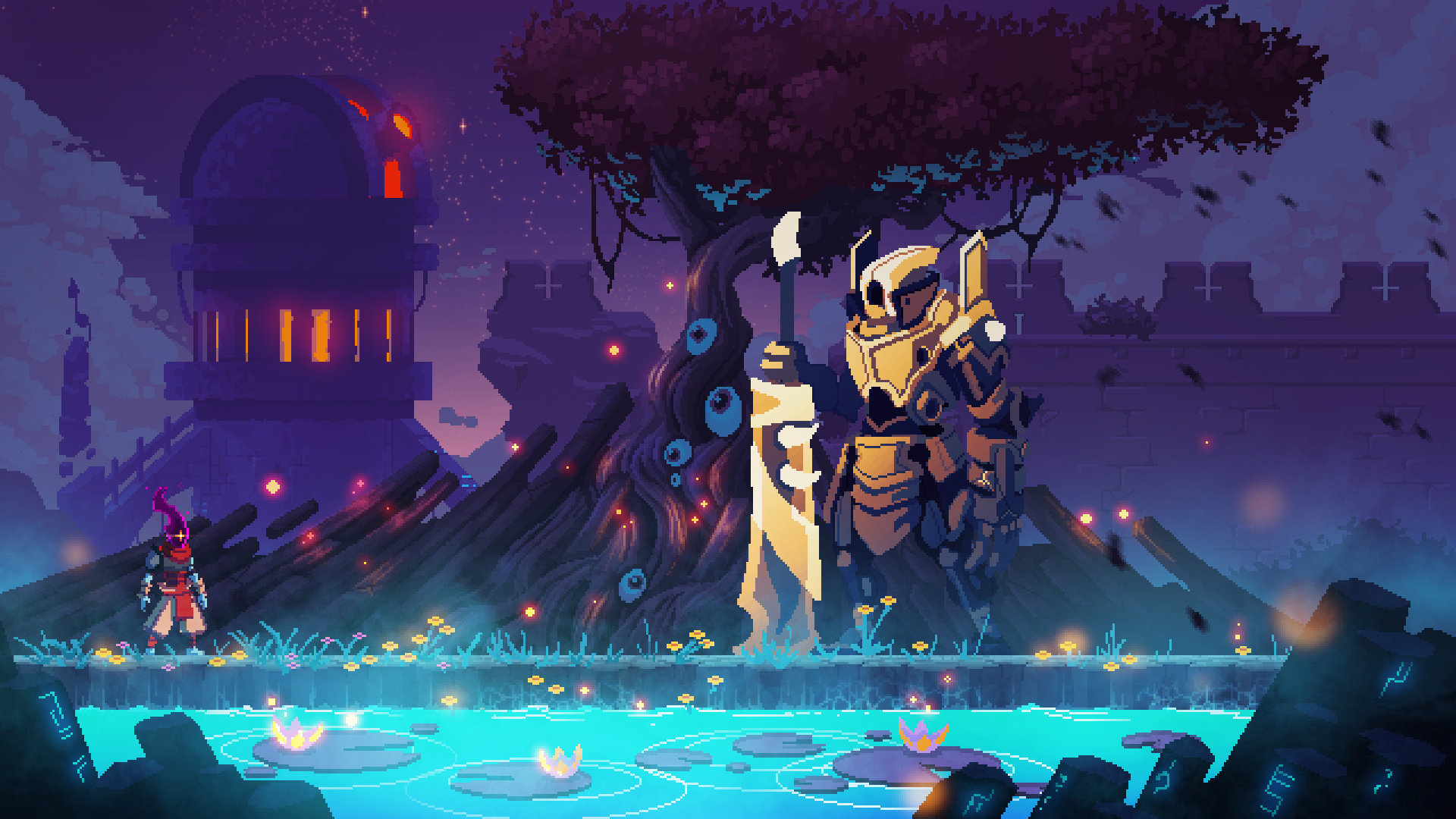 Right from the get go, it is easy to understand that Dead Cells is an absolute gem of a game. And the overwhelming quality of the visual side of things, is just a sign post, showcasing to the player how truly unique Dead Cells is. And best of all, the title’s animations, while being an absolute pleasure to spectate, also have a functional use within the game. As each and every frame, of each and every hostile’s movement, allows you to anticipate and dodge attacks. And dodging in this particular instance is incredibly important, as Dead Cells is just as tough and unforgiving as Bloodborne. And in order to tame it, you will need lighting fast reaction times, iron-like resilience, and multilayered strategy, as unlike other modern roguelikes, Dead Cells will not just allow you to walk over its corpse.

The opening segment of Dead Cells, can be a little misleading to some, as it portrays the title as moderately difficult but one which can be easily tamed. However, the purpose of the initial level is not to break you, but to prepare you for the journey to come. And while making your way through the catacombs, you’ll collect enough weapons, skills, upgrades, and resources, to allow you to craft your avatar in the direction you find favourable. And while the first level, just like all the others, is completely random, you can always bank on finding at least one new weapon, and at least a couple of upgrades.

The world of Dead Cells is as complex as it is beautiful, as each and every stage, from dilapidated sewers to stone-clad castles, is simply breathtaking, and is filled to the brim with ever new secrets, and most importantly items. And while some items have a tendency to overlap and reappear, they never do so in exactly the same form. So if you find a Blood Sword within the opening Catacombs and then come across another one within the Castle’s Ramparts, then the one which you have found later on in the game, will deal much more damage, as all in-game items scale with your progress. 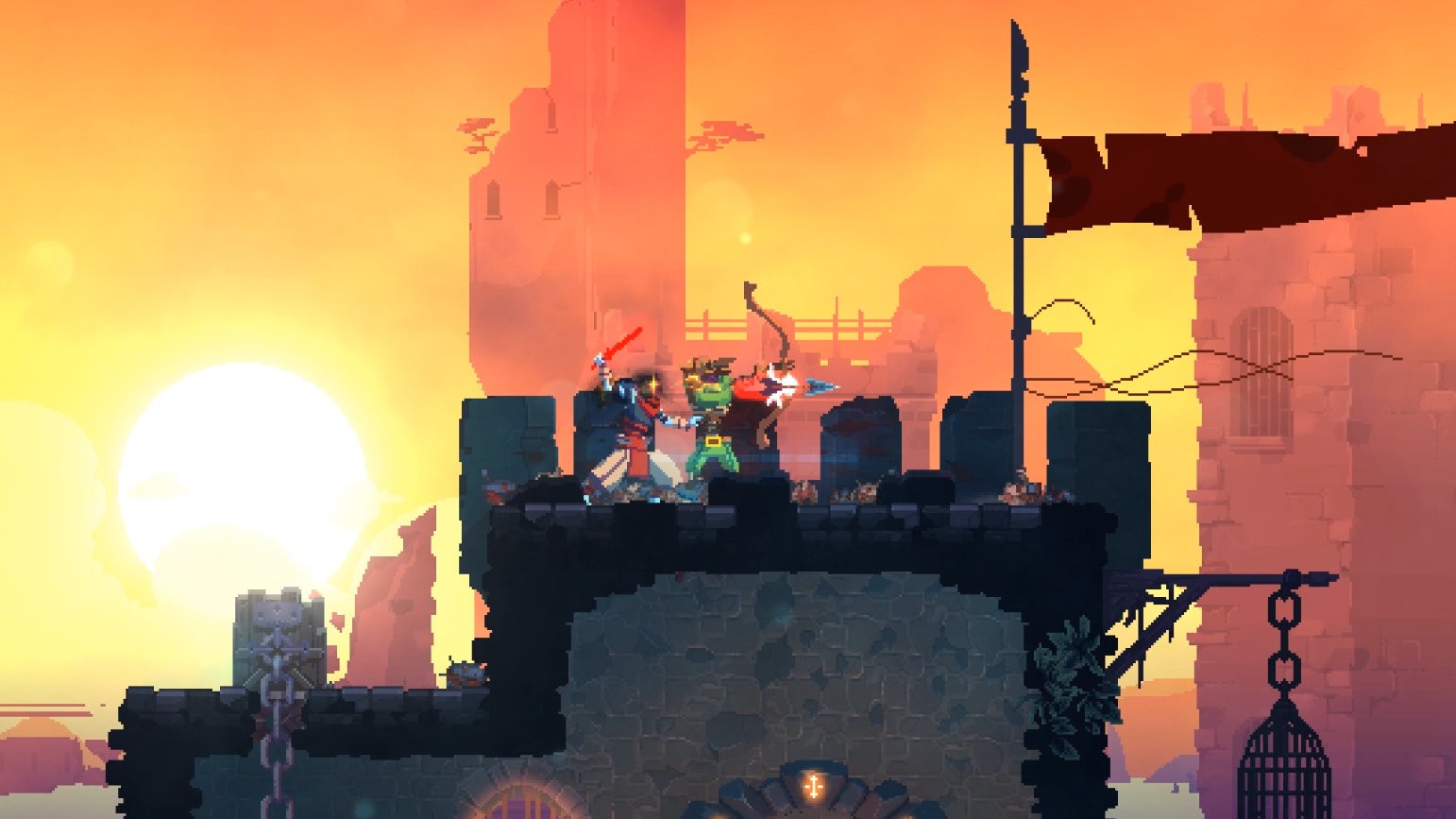 Within Dead Cells, it is not uncommon to come across the same items over and over again, and certainly Motion Twin’s roguelike metroidvania, has nowhere near as many weapons, tools, and abilities as The Binding of Isaac. However, a limited but evolving arsenal is much more beneficial in the case of Dead Cells, because as mentioned above, it allows you to craft and somewhat consistently use a build which suits you the most. So if you prefer ranged combat, you can carry a bow and a ballista, and support yourself with long ranged grenades and traps. But if you are no coward, especially one who excels in chaos, you can opt in for a Blood Sword, a Fire Brand, and two sets of lethal grenades. And if neither of the options appeals to you, then you can spend hours crafting something completely different, something completely unique.

The sheer freedom which stems from Dead Cells build system is simply astounding, and provides the title with seemingly endless replay-ability. However, the random, rogue-like elements, and the limited nature of the in-game stores makes it really difficult to replicate the same build and play-style, over and over again. And at times, one can feel like he/she is forced to play Dead Cells the way in which the developer desires one to play, and not they way  he/she prefers. And once you get on a spell of five or more runs, where your preferred items are nowhere to be seen, then just like me, you may be pushed to stepping away from the title and playing something else, as after a dozen hours or so, the randomness of the Dead Cells is not as enjoyable, as it had been at the very beginning.

The above shortcoming, is the only genuine negative, mechanical aspect of Dead Cells. And ultimately, the extent to which one will find it to be negative is completely relative, as some may absolutely adore the randomness of the title’s mechanics. However, Dead Cells also comes with one technical issue, which many may find to be jarring, and it is namely related to the fact that during high intensity moments, Dead Cells likes to hitch and stutter for a fraction of a second. And it may not seem as much, but within the punishing reality of this particular game, half a second may be the difference between the life and death. And a single stutter, may ultimately lead to an untimely end of your adventure, whether you like it or not. And to some, including me, there is nothing more infuriating than dying to a technical issue. But thankfully, hitching is not a common occurrence, and while it can spoil your fun, it is highly unlikely to do so.

Ultimately, Dead Cells is an embodiment of what roguelikes and indie games should be. And while it is not perfect like Deadbolt, it is consequently good enough to warrant its exceptional, and high rating. As it consistently defies the odds and one’s expectations with each and every minute of gameplay, and creates an ambience which many will struggle to match in months to come. And lastly, it is one of the very few premium indie games, which is worth its asking price, as both the content and the title’s quality exceed one’s payment two, if not three-fold.

Dead Cells is an embodiment of what roguelikes and indie games should be.