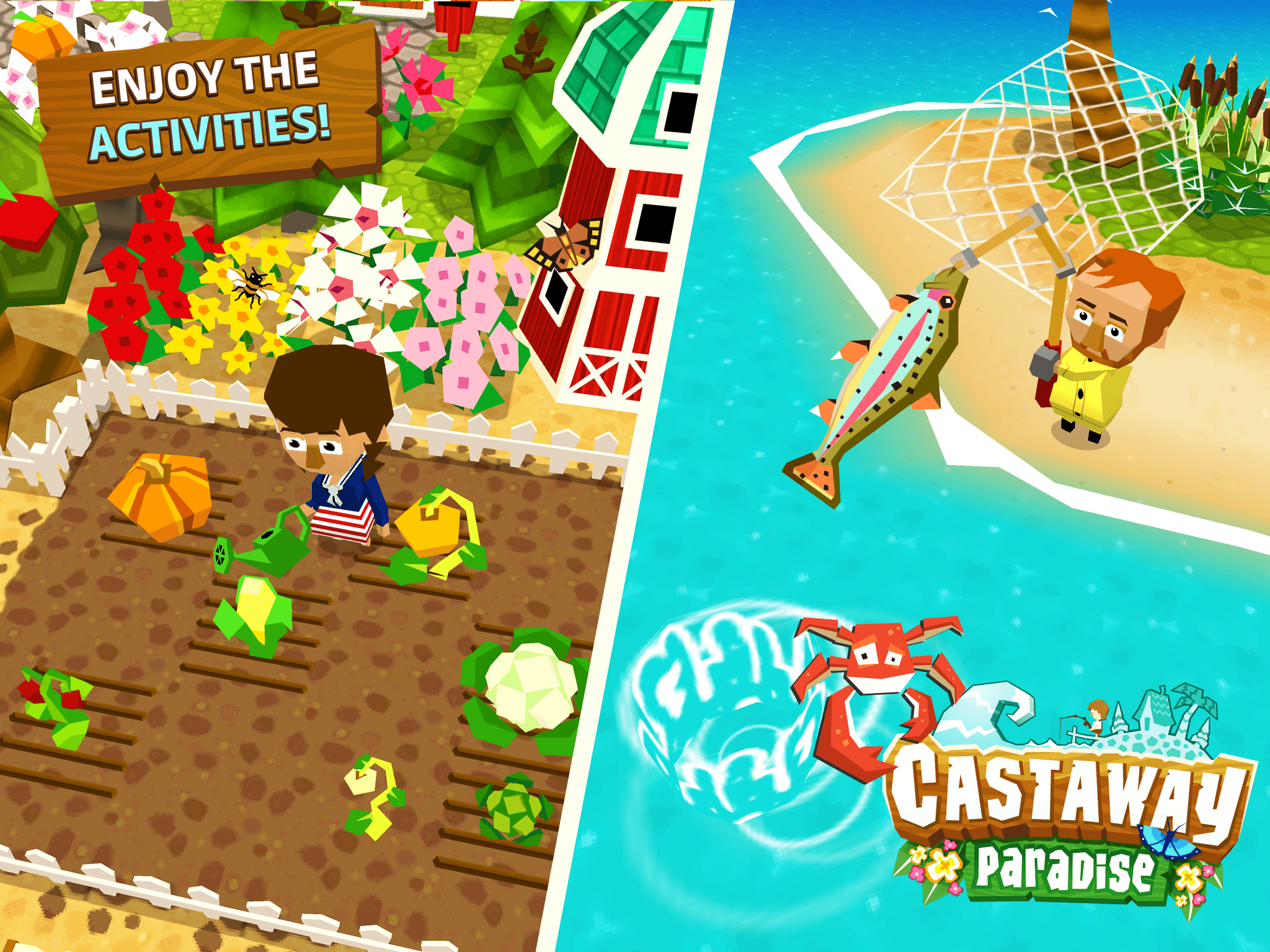 In Castaway Paradise you play a person (male or female) who is washed up on an island for whatever reason. There’s no real story behind that, nor does anyone really seem to question your presence as the sole human on a small island. Don’t expect a rescue party–or even talks of one–either, as your character seems to just shrug off what would be a tragedy to most and embraces their brand new life as an islander.

Of course, a story isn’t the main focus here, but rather your daily routine and how you interact with the townies.

Daily island life includes dusting cobwebs, planting trees and flowers, fishing, catching bugs, collecting shells, and decorating your room and the town as you see fit. If you’ve played Animal Crossing, a Nintendo-exclusive simulation game where you live a peaceful life in a town full of animals, you’ll be right at home here. 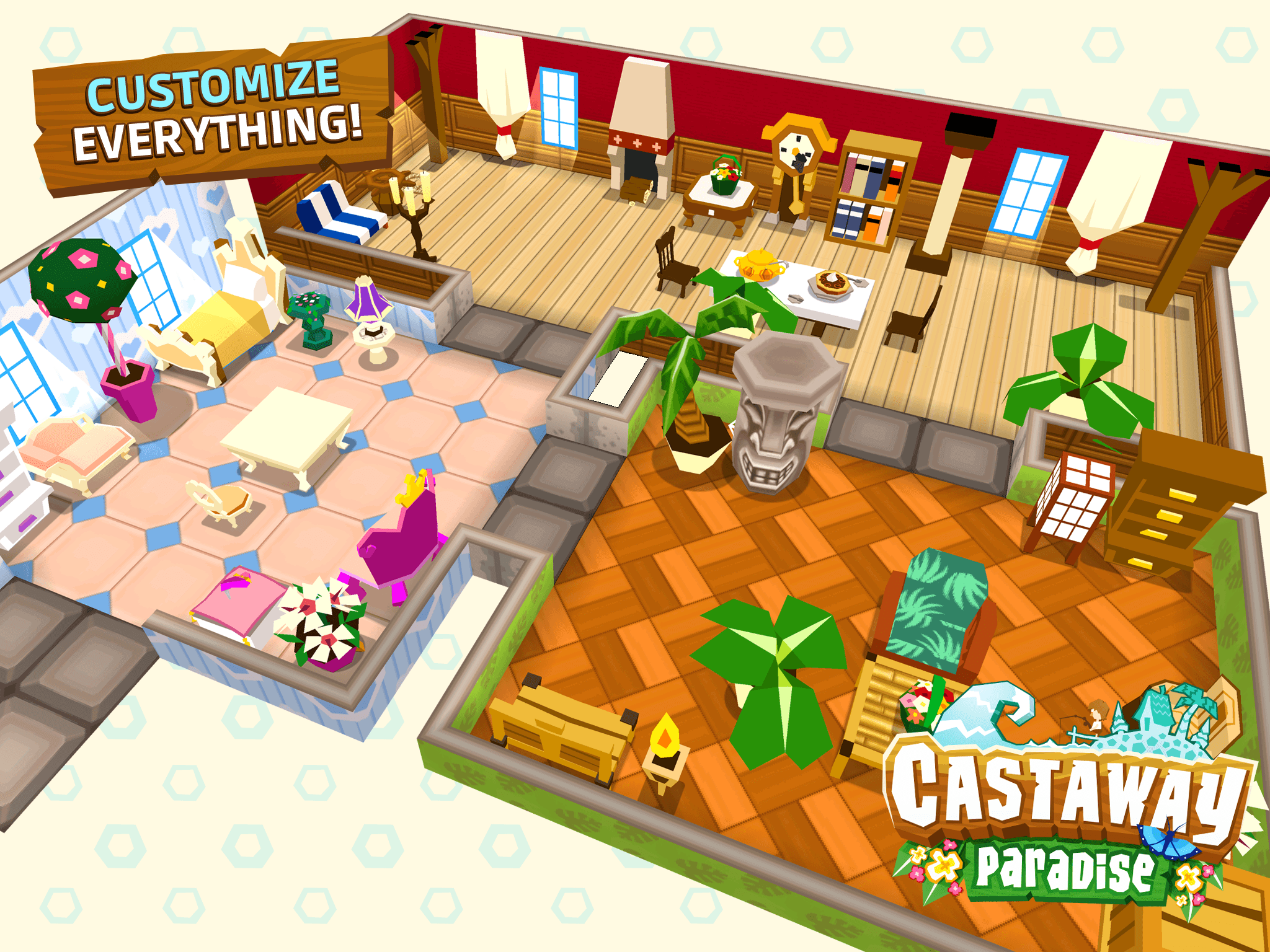 Despite lacking a story, Castaway Paradise‘s writing is great. The weird and wacky critters you meet always have something hilarious and clever to say. As such, it’s easy to get attached to them–especially if you play on a daily basis. The islanders will give you work to do in the form of fetch quests that will require you to bring them something or clean up something, et cetera.

The main reason I consider this game to be a hard sell is the nature of gameplay: namely, it’s the sort of daily check-in-wait-out-a-timer nonsense one would expect from a free-to-play mobile game–sans the microtransactions. It’s essentially impossible to play the game indefinitely because there are timers for actions like planting and harvesting. Fortunately, there isn’t a stamina bar that needs to refill, but these sorts of limits make it so that you’ll be idling until whatever you were meaning to do becomes available again. This is especially true for quests that ask you to clean up the island as you may have already proactively done so and must now wait for more garbage to appear.

Additionally, there’s only so much tidying up and decorating I can do before I get bored. I have the same issue with Animal Crossing, which I keep bringing up because they’re very similar. While you may not feel the same way, the total amount of time spent with this game will depend heavily on your willingness to take part in the handful of activities that can be done on the island. 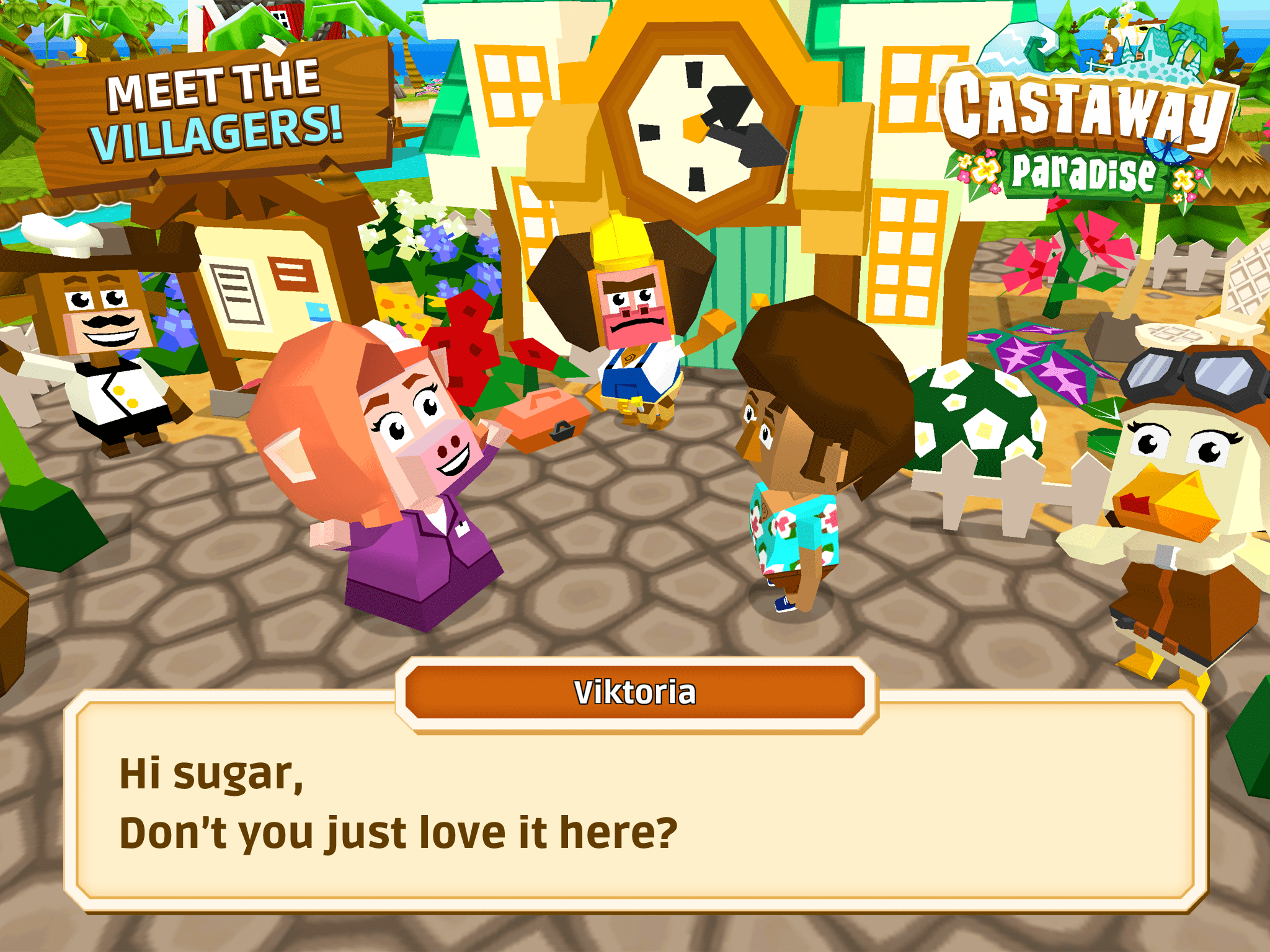 Its flaws aside, Castaway Paradise is entirely enjoyable. Your mileage will vary according to how willing you are to fall into the routine and I think fans of games in the same vein as Animal Crossing will get the most bang for their buck. I personally didn’t play for long periods of time, but it was a nice distraction between more taxing games. Even if you’re just popping in to complete your daily quest you’ll rack up hours and slowly, but surely, make progress in turning your little island into a paradise.