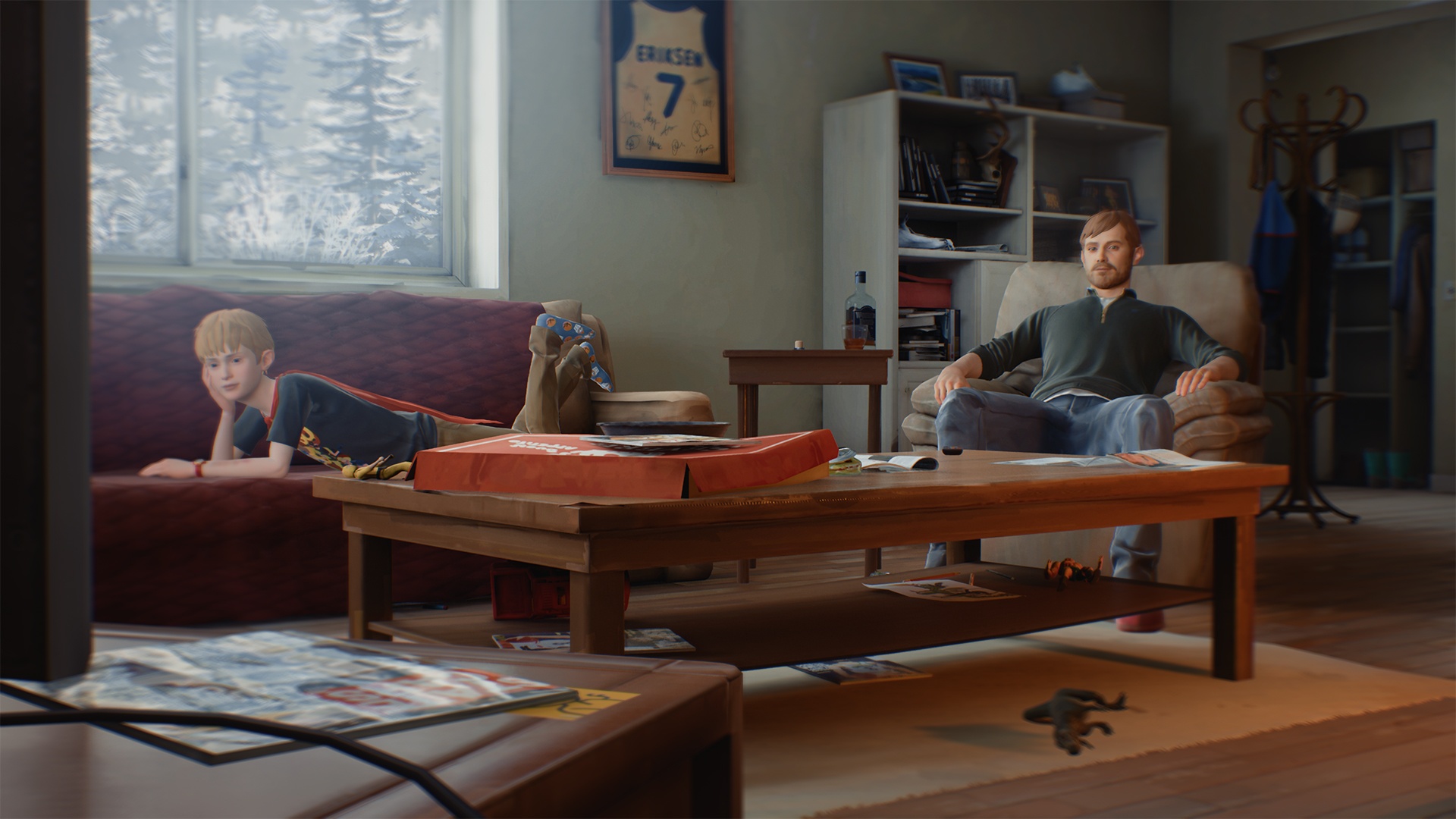 The Awesome Adventures of Captain Spirit is a demo created by DONTNOD Entertainment and published by Square Enix, The game acts as a prequel to the upcoming Life is Strange 2 and features two hours of gameplay. With the plot now centring on nine-year old Chris Eriksen, a young boy who lives in the fictional town of Beaver Creek, Oregon. It all begins on a snowy Saturday morning, when Chris decides to spend his day as his superhero alter-ego Captain Spirit.

The game’s story is nothing short of a masterpiece. After losing his supportive mother in a hit and run, Chris is left alone with an abusive alcoholic father, who regularly apologises for his aggressive behaviour. However, the young boy finds solace in his imagination, becoming Captain Spirit to protect the world from the forces of evil (particularly his arch nemesis Mandroid). Whilst playing through Chris’ adventures, you will see first-hand what darkness lays beneath the game’s sunny and innocent exterior, and will be able to infer how this tragedy may have influenced our young protagonist.

As a huge fan of the previous entries in the ‘Life is Strange’ franchise, I was initially apprehensive about playing Captain Spirit. This was in large part due to Chris, well more specifically his age. Like many other fans, I thought that Chris would be much harder to relate to, in comparison to the previous protagonists (Max, Chloe and Rachel) simply because he was a child and not a young adult. However, from the moment the game began, that all changed and I have to admit, he is now my personal favourite character in the game’s universe. It is somewhat ironic that the thing I was most apprehensive about, became the thing that made me love Chris. DONTNOD have captured the wonder and whimsy of childhood within the space of two hours, and in doing so created the most innocent and well written video game character I have seen in quite some time. 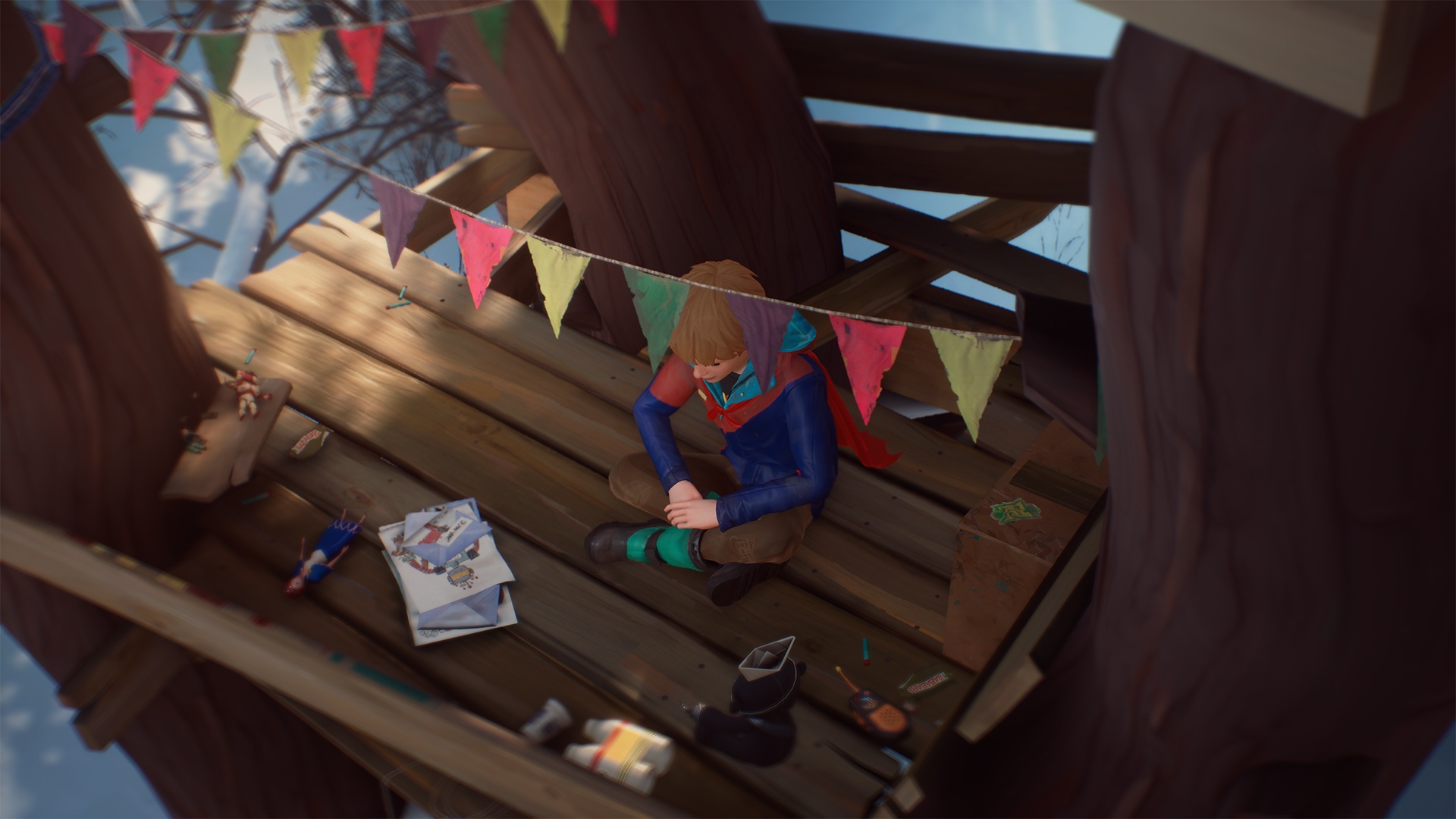 Due to the fact the Captain Spirit is merely a demo, the gameplay is rather straightforward. You must complete Chris’ ‘List of Awesome Things to do Today’ which largely consists of playing with his toys and building the Captain Spirit costume. Whilst it can be easily completed rather quickly, I would advise to look around as much as possible, because despite being confined to Chris’ house and garden there is so much to see and many Easter eggs to find. However, one of the most notable changes is the lack of ‘special abilities’ a narrative aspect that has featured throughout the series. In the original Life is Strange, protagonist Max Caulfield had the power to reverse time, likewise in follow-up ‘Before the Storm’ Chloe Price had the ability to manipulate others through her backtalk.  Chris however does not have any controllable abilities, other than the ones in his imagination, whilst he is Captain Spirit. So make your decisions wisely, as not only are they irreversible, but Dontnod have confirmed the choices you make within Captain Spirit will influence the events of Life is Strange 2.

I am more than happy to say that the game’s graphics stay true to the signature Life is Strange style, however it is easy to see a vast improvement in terms of quality. Everything looks so beautiful, in particular the snowy landscape that is Chris’ garden. Furthermore, the characters movements are now more smooth and natural, a far cry from the stiff and somewhat robotic motions which we have become accustomed to in the previous entries. But perhaps the greatest improvement of all, is the dialogue. Now the characters actually talk like regular human beings, and not aliens who regurgitate phrases reminiscent of 70s B-Movies (Looking at you Max Caulfield).

As usual DONTNOD do an excellent job in creating a soundtrack that compliments the game’s narrative and aesthetics.  I particularly enjoyed the inclusion of Death with Dignity by Sufjan Stevens, which depicts the struggle of losing one’s Mother. The song perfectly encapsulates Chris’ story and personality, and allows the player to feel his pain whenever the song is played. 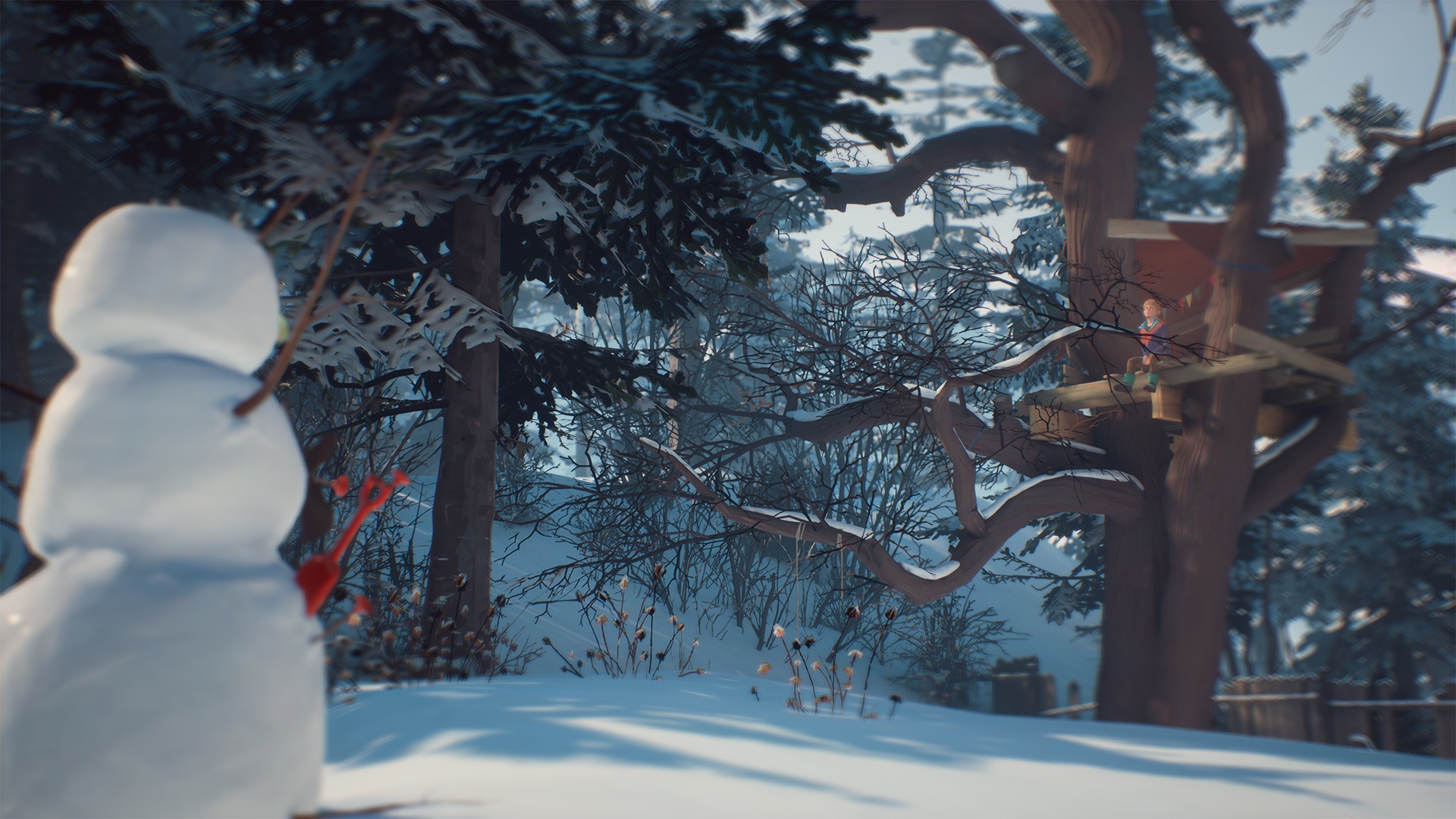 There aren’t many things I can say negatively about the game, other than I wish it were longer and had more places to explore. However, this is a demo, a taster of what is to come so I can’t bash it on those factors alone. If I were forced to find a negative aspect of the game, it would be the ending sequence. From the moment you wake Chris’ Dad up from his alcohol induced nap, everything goes by so quickly. It is somewhat jarring and upon playing it for the first time, I found myself saying ‘Is that the end?’ out loud.

Much the like the previous games in the series, Captain Spirit tackles some serious issues, such as death, addiction and child abuse. Whilst DONTNOD handle these subjects with the utmost care and respect, I understand how this may be upsetting for some players. Thus, if those are a tough subject for any readers, I would advise to play at your discretion, as there are some scenes that may be too harrowing and may cause discomfort.

To conclude, I cannot recommend ‘The Awesome Adventures of Captain Spirit’ enough, which my friends will attest to as I haven’t shut up about it since its release. It is perhaps my favourite game of the year so far. Whilst it is already proven that DONTNOD are not ones to shy away from tackling serious issues, the way in which Chris’ story unfolds is so tragically beautiful, that it far surpasses all of the previous games in the series. The two-hour demo achieves such compelling storytelling, that it will have you desperately longing for Life is Strange 2 (Coming on 27th September 2018) where we are set to meet Chris again.