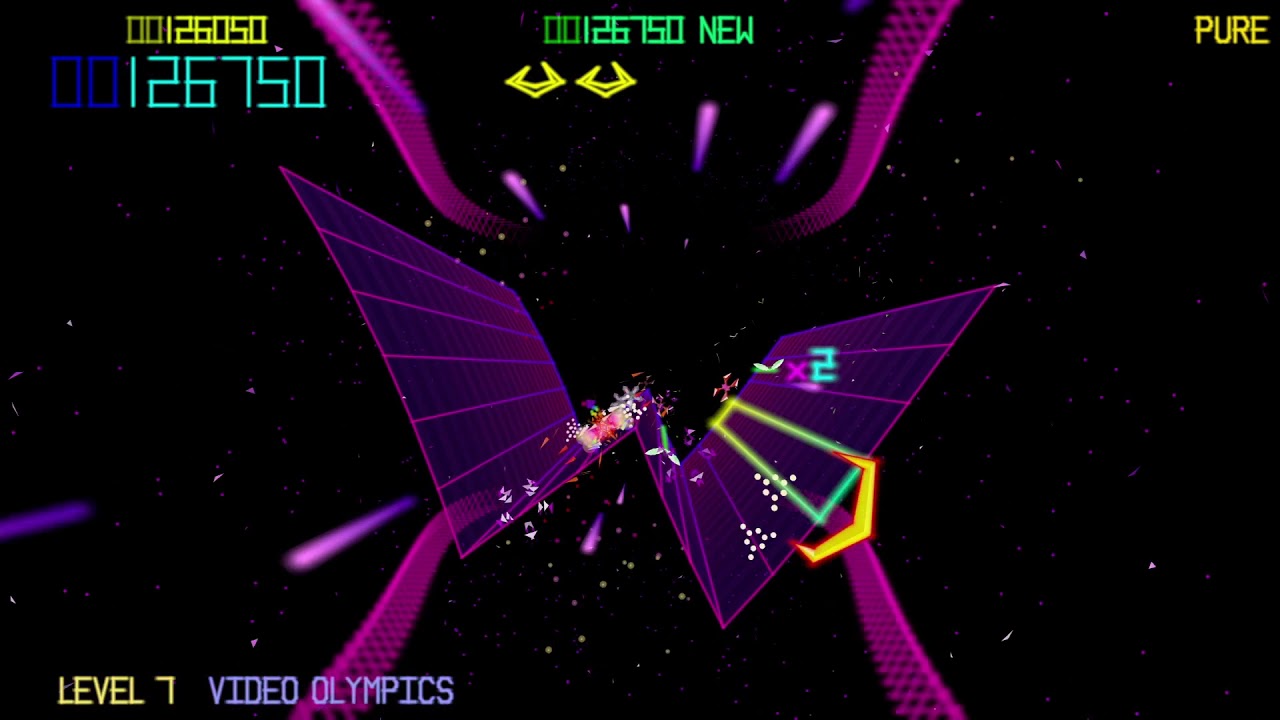 What’s in a name? Well, according to Atari, approximately £19.50. Despite Jeff Minter’s Tempest 4000 delivering the exact same experience as his own TxK on PS Vita (the story of Tempest and its complex history of naming rights is a long and surprisingly convoluted tale), Atari are essentially asking £24.99 for a game that can be purchased for £5.49 on the PS Vita. Ok, that’s a tad unfair given the introduction of 4K visuals, a survival mode and a new soundtrack, but at its core, this really is the same game that was release on the Vita back in 2014.

The thing is, while the price certainly is higher than I would have expected for a port of an arcade-inspired Vita game, look past the cost, its relatively simplistic mechanics and its striking but ultimately basic visuals, and you are left with one of the finest arcade shooters of recent times and a genuinely fantastic throwback to the kind of gaming that is currently in disappointingly short supply.

Beyond the arcade original, it’s fantastic console follow up, Tempest 2000, despite being one of the finest games released on the Atari Jaguar (I appreciate that might come across as somewhat faint praise), has seen very little in the way of imitation. In fact, the only games that have delivered a comparable experience in the intervening years have been its direct sequel (I assume that Tempest 3000 wasn’t played by many on the much loved Nuon DVD player???), and Jeff Minter’s own unofficial follow-ups, the previously mentioned TxK and the genuinely mental, Space Giraffe. I don’t know why though as, despite its somewhat hardcore and visually intimidating aesthetic, this is a gloriously straightforward shooter that, like the very finest arcade games out there, drags you into its world via its hypnotic gameplay and keeps you there thanks to its relentlessly addictive challenge. 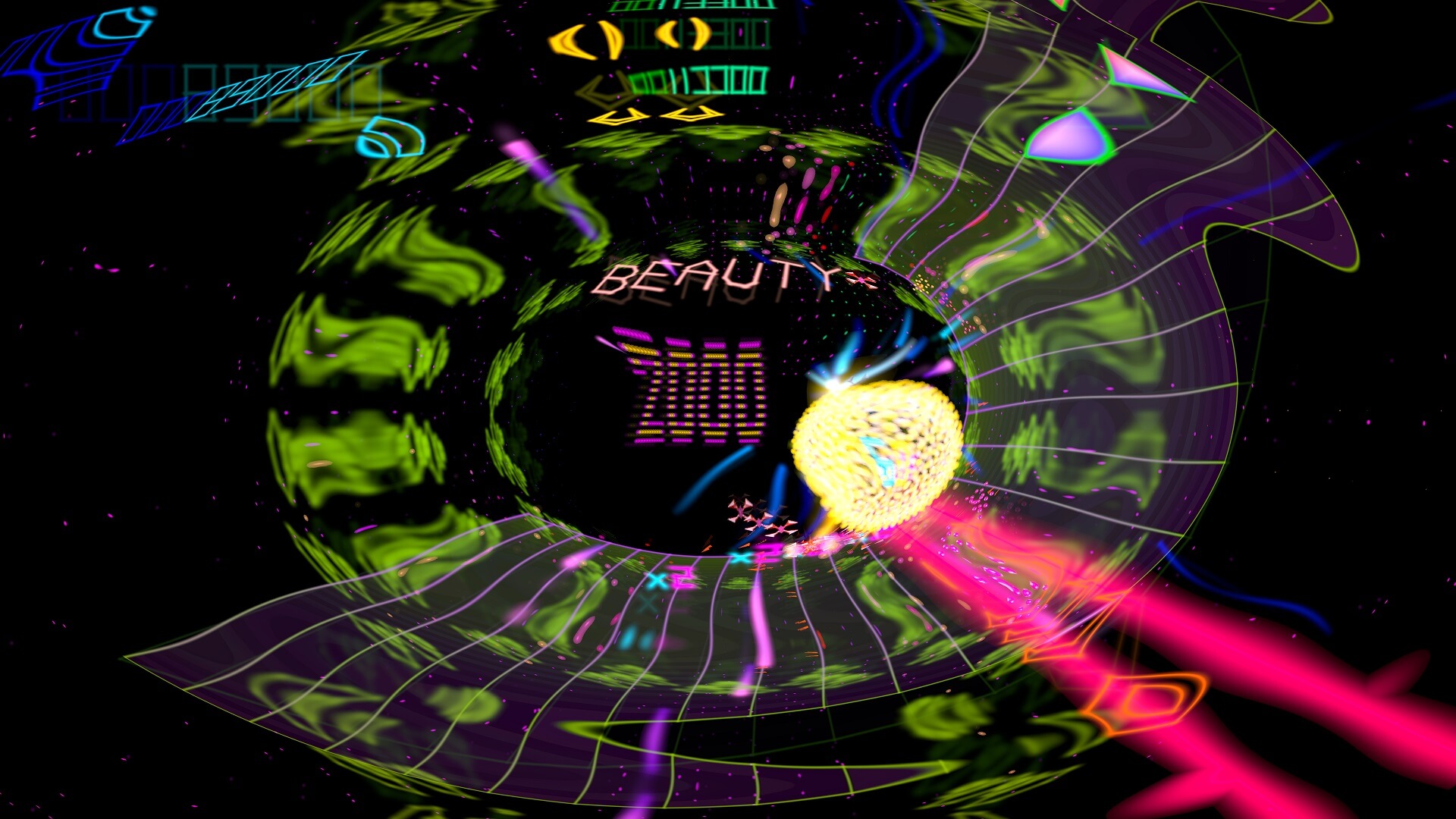 As for the gameplay itself, beyond the addition of some well-implemented power-ups, Tempest 4000 remains resolutely similar to the 1981 original. Even the visuals, while updated, retain that vector graphic, wire-frame look that, despite being nearly 40 years old, never seems to age. Sure, it has some bells and whistles, but it’s in no way as psychedelic as Space Giraffe (what is?), and is arguably much closer to the original design. The same is true of the control scheme which is as simple to pick up and difficult to master as it ever was.

Moving along or around a tube made of individual lanes, you’ll need to take down incoming enemies via your spaceship? Claw? Whatever it is, it ostensibly works as some kind of bizarrely designed fighter jet. The mechanics, beyond the occasional power-up that will allow you to jump away from the lanes or add an AI companion, are as simple as they sound with most of the depth and skill based upon the high speed decision making that the game asks of you at each and every turn. Whether it be using your bomb at the right time or managing the increasingly complex enemy attack patterns, Tempest 4000 pulls you in with its straightforward design but hooks you via its surprising depth. 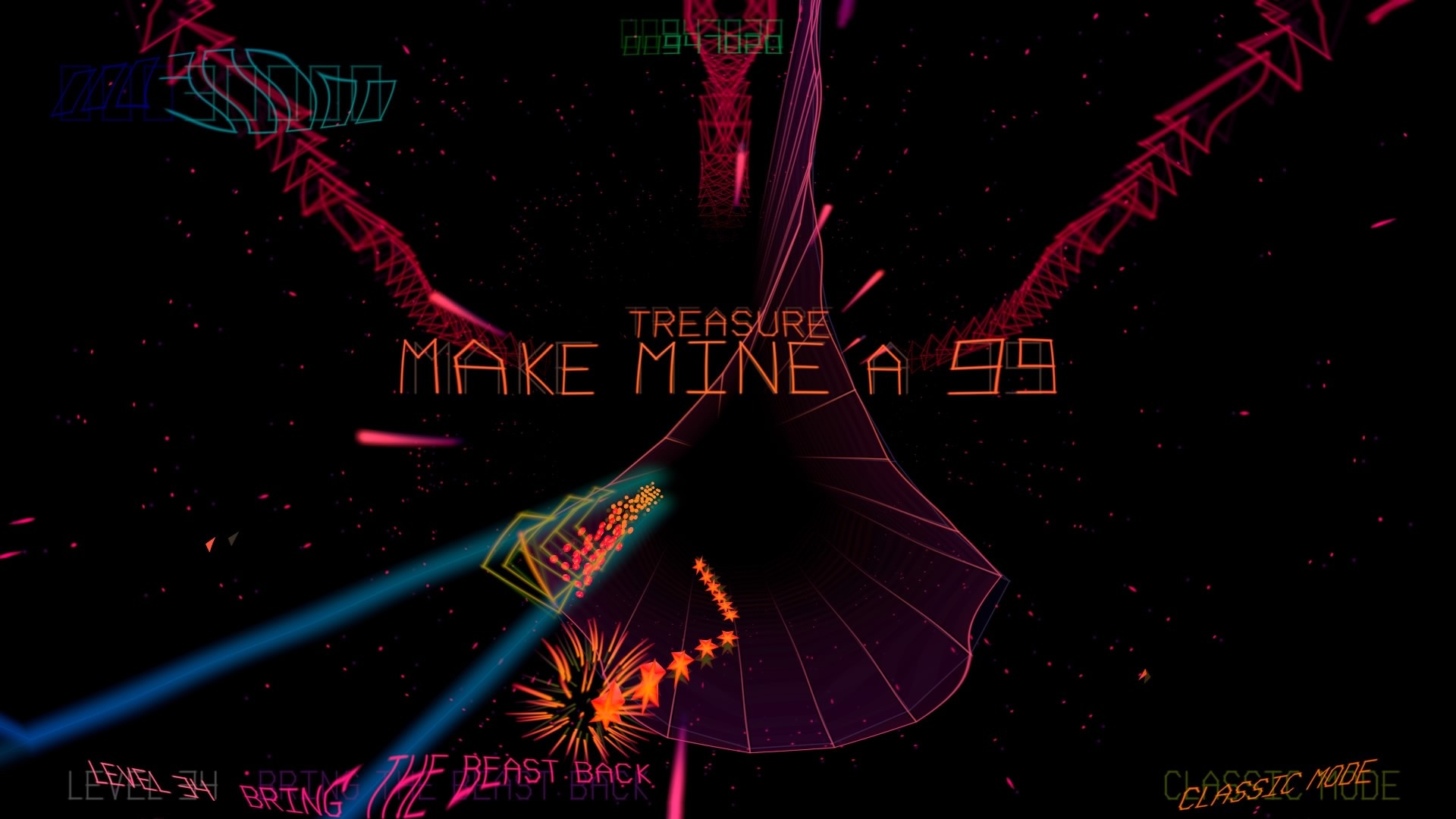 While the experience is broken up by a number of bizarre but mercifully chilled-out bonus stages, the rest of the game is often eyeball-searingly intense with extended sessions likely to leave you mentally drained – but that’s the point isn’t it. Like the best arcade games released in the late 70s and early 80s, Tempest has always been a test of skill and endurance, and while the 4K resolution certainly makes for a more aesthetically palatable experience for gamers in 2018, at its core, this really is as brilliantly old school as games ever get.

There is no getting around the high price point, but I always think it’s unfair to rate a game based upon the cost established by the publisher. I understand why some wouldn’t be comfortable paying £24.99 for what is, for all intents and purposes, a Vita port (albeit an incredibly slick one), but if you can get past the cost, you’ll be treated to one of the finest pure arcade games around and an exceptional 4K update to one of the best games on PS Vita.