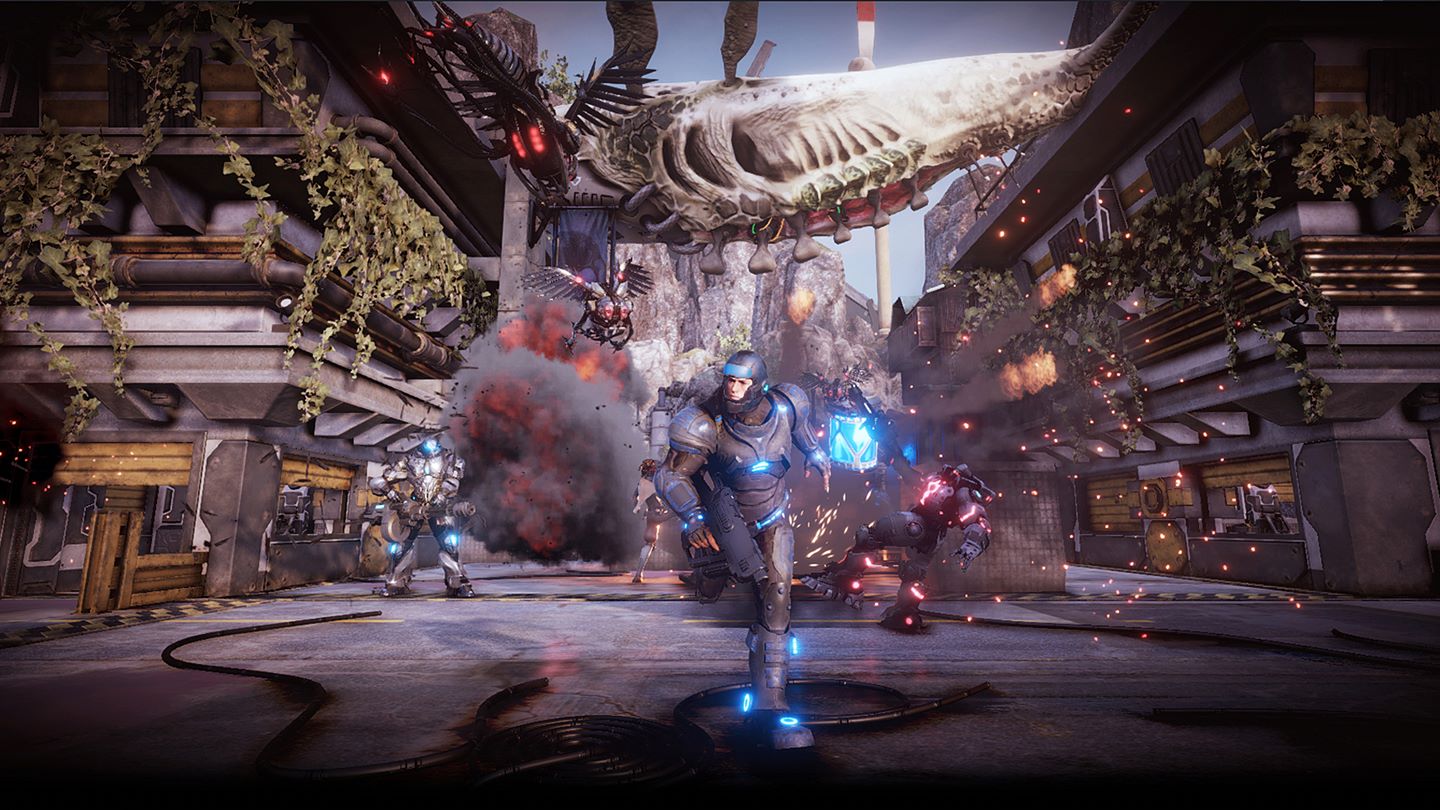 I don’t like to be overtly critical of video games; sure, you need to point out a games’ faults, provide constructive criticism and be true to the experience, but where possible, I try to look at the positives – even on games that I ultimately give a low score. The fact is, regardless of quality, a lot of people work very hard on video games, and putting the boot in on a game that is obviously poor can feel a tad unnecessary, even cruel. Problem is, people also spend money on video games, so when there really are no redeeming qualities, you have to tell it as it is.

Ok, so you could make the argument *could* that Chinese developer, Deeli Network’s first game doesn’t look terrible, and I suppose that the game is just about fundamentally playable, but yeah, that’s about it. This oddly out of time Gears of War clone is, well, it’s not very good…..it’s pretty damn bad……ok, it’s terrible. I hate to say it, but yeah, Gene Rain is a terrible, terrible video game full of horrendous bugs, poor cover shooting, repetitive design, limited content and without question, the worst storytelling and delivery I have ever come across. In an industry famed for its poor storytelling, Gene Rain stands proudly as the worst of a bad bunch.

While I can kind of accept the poor quality of the delivery given the limited budget and the somewhat bizarre choice to have what I assume are Chinese people with relatively limited English playing what appear to be Western characters (that might sound cold hearted, but honestly, just watch a video – it’s rough), there is no excuse at all for the genuinely horrendous writing and laughably bad grammar. Surely they could have got a native English speak to have a quick run through of the games’ script and subtitles – “pull the putter”, “newest checkpoint” – these are just two examples found in the game and far from the worst offenders. It’s utterly distracting and something that I never got used to during the games’ brief running time. 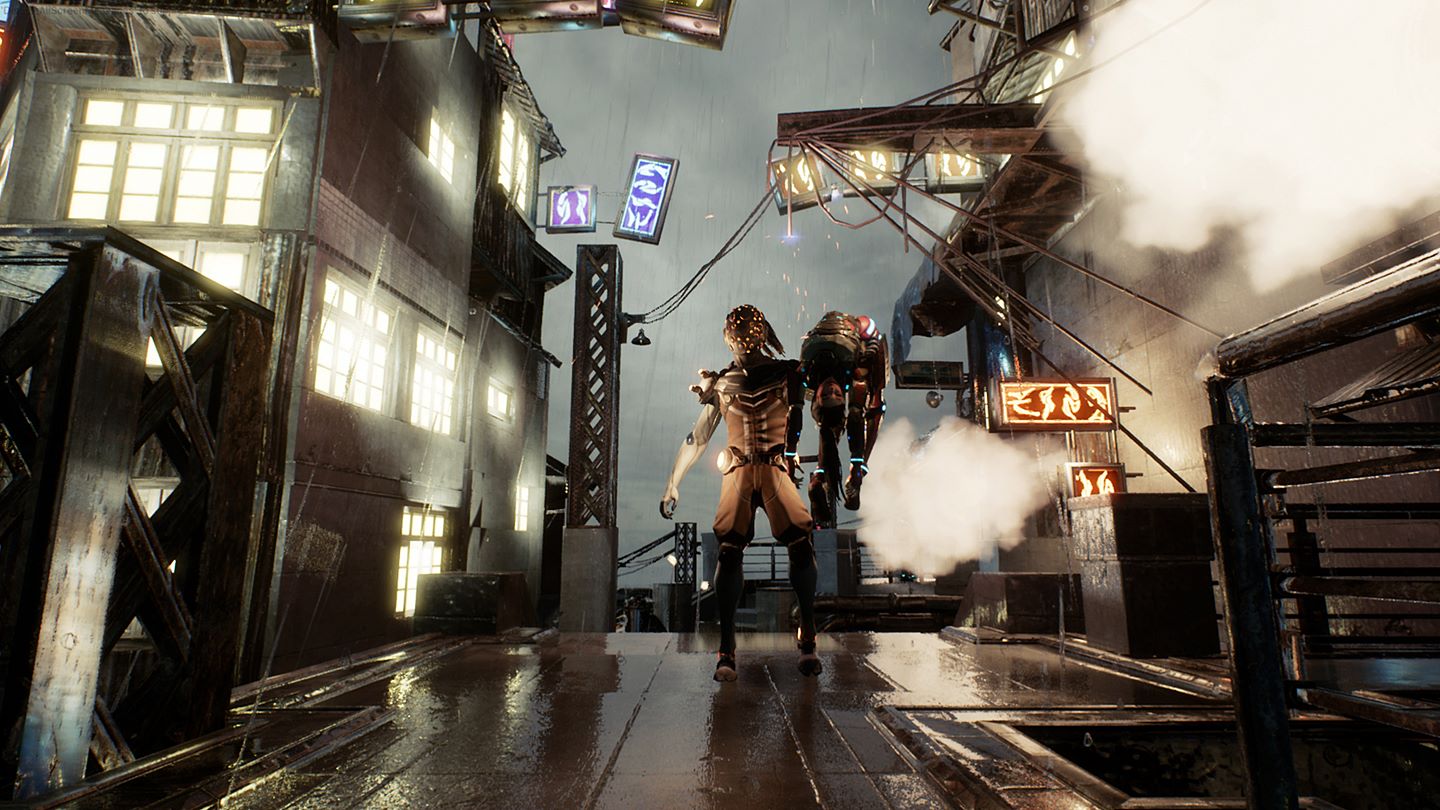 In fairness, it was kind of funny at first, and elements of Gene Rain certainly straddle the line of ‘so bad it’s good’, but for the most part, it’s just bad. Not funny bad, just bad. The same is true of the story itself. Again, some will take a degree of joy from the fact that it makes absolutely no sense, but believe me when I say this – Gene Rain’s story really makes absolutely no sense. I finished the short 3 or so hour campaign, and by the time the credits rolled, I was none the wiser as to what had just happened. Why was I randomly swapping between characters? Who was that kid? Why does everyone talk in riddles? It’s properly mental. There is something about memories, wind turbines and an old lady talking to a very adult sounding child, but as to what all that means, I haven’t the foggiest.

That would of course be easier to accept if the gameplay was any good, but beyond some passable core mechanics, Gene Rain feels like a major step back from even the most modest last-gen Gears clone. Sure, it kinda looks like Gears of War if you squint, but the textures are muddy and the art design, despite the occasional bit of flair, totally lacks imagination.

Moving to cover feels awkward, shooting out of cover doesn’t always work, the weapons are limited to those that you are stuck with from the start, the upgrade system is a mess, the melee attacks are horrendously awkward and the whole experience amounts to little more than moving from one poorly designed shooting gallery to another. Simply put – it’s not much fun.

Some of the character-specific combat moves sound good on paper, but in practice, have little effect on gameplay and do nothing to add anything new to a genre that was already feeling its age at the tail end of the last generation. Most of the guns are fine, but with limited feedback, very little variety and poor sound design, struggle to make any kind of impact. In a genre famed for one of video games’ finest weapons in the Lancer, Gene Rain’s painfully generic weaponry proves yet another disappointment. 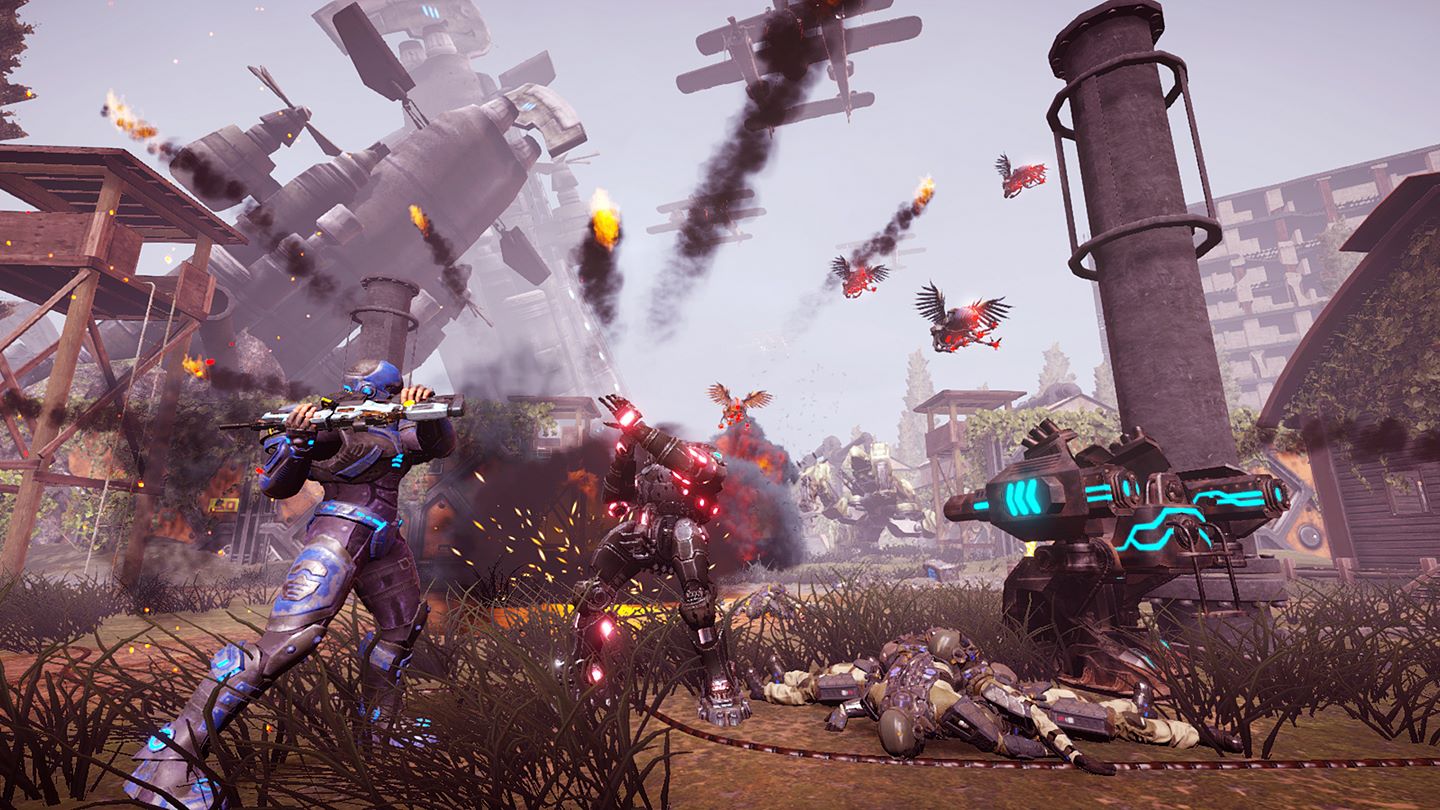 Once you make it to the end of the mercifully short campaign and sit through the final cut scene (a cut scene that might as well have been from another game), you can have a crack at Gene Rain’s attempt at Horde mode. Problem is, it’s only 5 waves long, is limited to one location, and like the rest of game, is pretty much awful.

I know, it’s a new developer and it’s a budget title, but Gene Rain really is a very poor video game with nothing at all to recommend it. If you’re craving a cover shooter, just play Gears again. Failing that, why not give Binary Domain a go (a great example of a Gears of War clone done right). This is a scrappy, mess of a game that might be enjoyed on a, ‘so bad it’s good’ level by some, but for the majority, will be exactly what it is – not very fun. The horrendous dialogue and awkward delivery was charming for about 5 minutes, but after a few hours, Jesus, it’s just grating. It might work as a cover shooter in the most basic sense of the term, but don’t be fooled by the screenshots – this is a poorly crafted imitation that really isn’t deserving of your time.