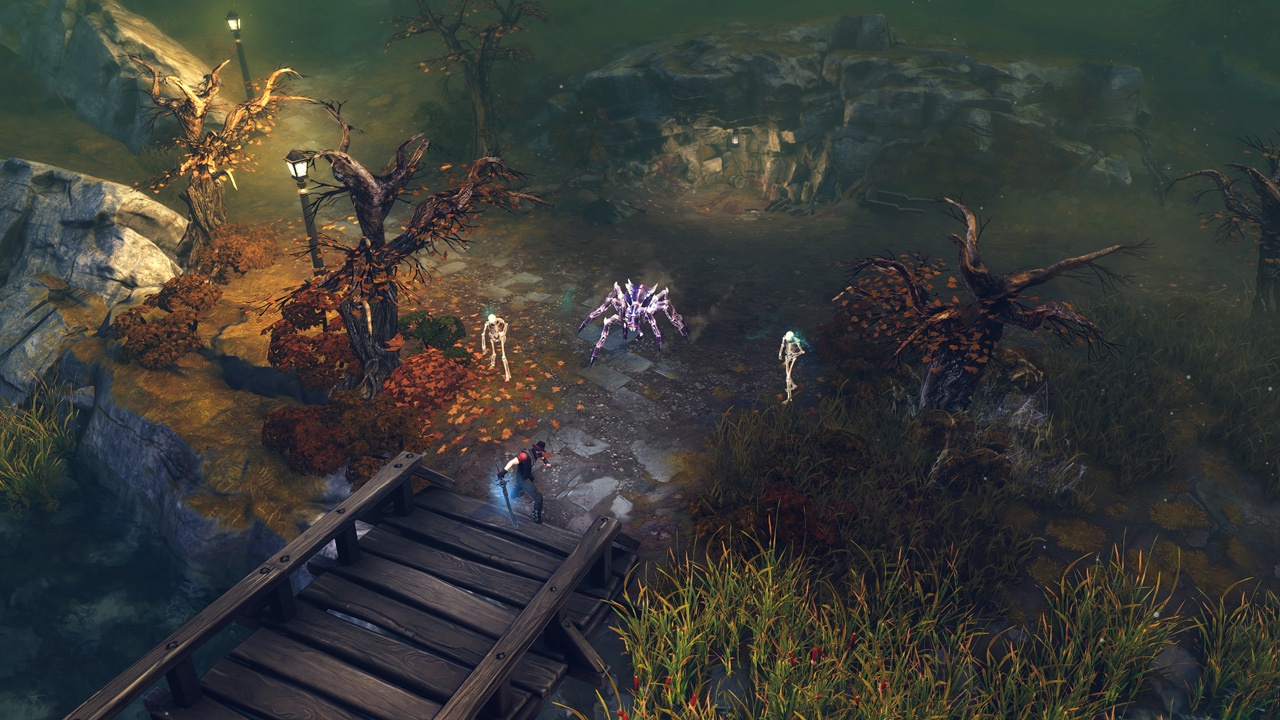 It’s no secret that I’ve long-awaited any sort of confirmation that Blizzard’s Diablo III would be getting a release on the Nintendo Switch. Although it’s something I’ve mentioned before, I’ve been terribly patient in waiting for any news. Now that it has been confirmed for release, along comes a spate of other titles that follow along the same premise in the genre of action role-playing games. The first of these came in the form of Titan Quest, a satisfying filler that quenched my thirst for dungeon-crawling and now we have Victor Vran: Overkill Edition, a similar but not carbon copy of Diablo’s formula. However, this is a game that has a few cards up its sleeve; in particular, the Ace of Spades.

Developed by Haemimont Games, with publishing through Wired Productions, this game put you in the boots of Victor Vran, or Vicky, a hunter of demonic forms who is sent on a quest to liberate the cursed city of Zagoravia, as well as find his friend Adrian, who has sent a message for help. That’s the main premise of the game. However, with all of the previously released DLC bundled with this overkill edition, you also get to explore Motorhead: Through the Ages and enter the realms of the Fractured Worlds; but more about those later. In essence, what we have here is the most definitive version of the game to date.

In a similar style to Blizzard’s game, the game is viewed from a top-down, isometric view as you journey through a series lands and dungeons; slaying beasts and collecting loot on a quest to level up and rid the world of demonic infestations. However, although its basic premise may be familiar to fans of arpg’s, it’s mechanics play  a lot differently to Blizzard’s offering; producing a fresh style of the tried-and-tested method of role-playing. Yes, you’ll gather all-sorts of weaponry, armour and stat-enhancing buffs, but everything here is much more manageable than other, similar titles. This in turn, frees you up to explore more, as well as hone in your fighting skills and moves against the relentless onslaught of enemies. 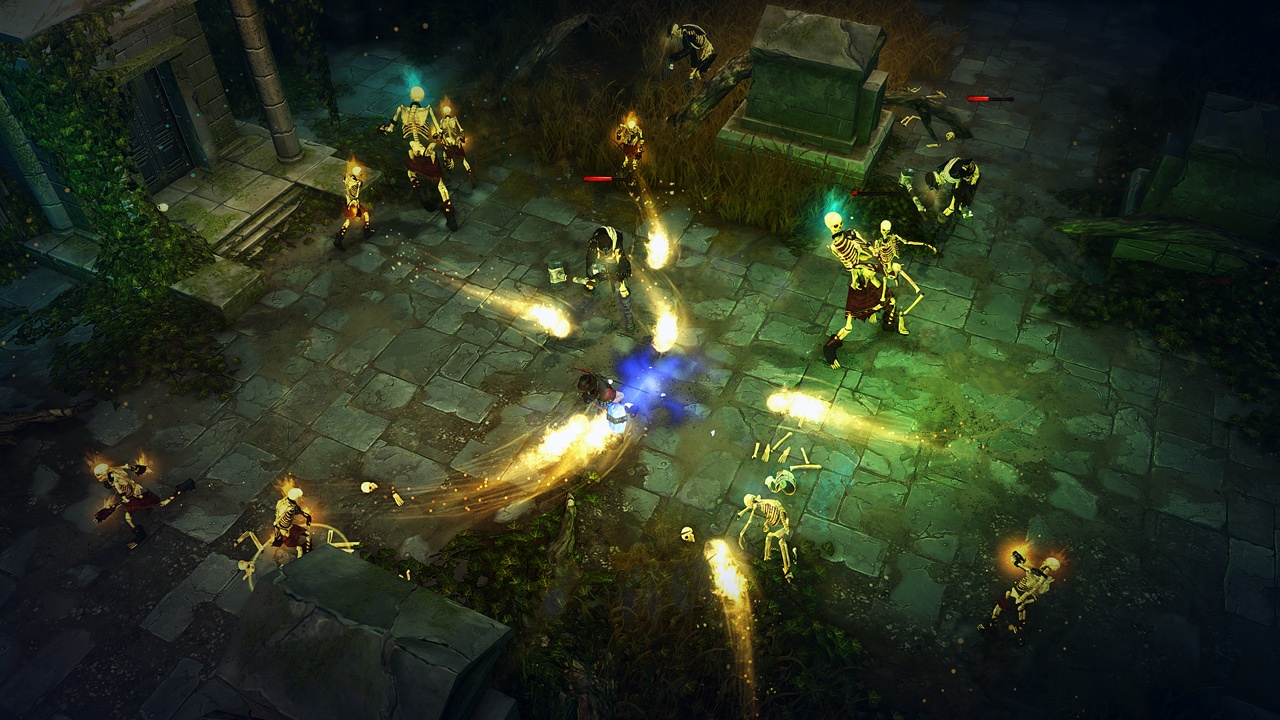 You’ll need this extra focus too, as each level, or dungeon, comes with a whole host of objectives from slaying certain amounts of enemies with various weapons to finding a series of hidden areas; each successful solution awarding you with chests of XP, gold or weaponry. Complete these, as well as the main quests and you’ll be able to upgrade a variety of options; giving this game a huge amount of depth. From buying new weapons and armour, to possessing demon powers and obtaining cards with which to build a hand of stat boosts and special moves. You can even possess different outfits; each one offering a different play-style with their power-inducing properties.

There’s never any shortage of things goings on; a feat made only more astounding with how it runs on the Nintendo Switch. The screen literally fills with monster-types and the scenery is nicely detailed, with particle and lighting effects that simply delight; all of this occurs with no slow-down or technical difficulties, even in the Switch’s hand-held mode. The controls are tight, with a variety of moves and specials mapped to a satisfying scheme that never get over-complicated or difficult to pull off. It all leads to a satisfying method of combination moves and powers that makes you feel truly invincible against the evil hordes that lay before you.

To further add to the playability of this title, you can also play with up to four players online, or bring a friend along in couch-co-op. As well as this, there is also a player-vs-player mechanic in The Circus arena. However, no matter how satisfying it’s main campaign or co-op capabilities, the real beauty of this game not only lies in its depth and rewarding gameplay, but in its extra features of bundled-in DLC; allowing you to hunt in excess of fifty locations and garner over ten distinct weapon classes from shotguns to swords and scythes to guitars. Yes, you heard right, Guitars!! 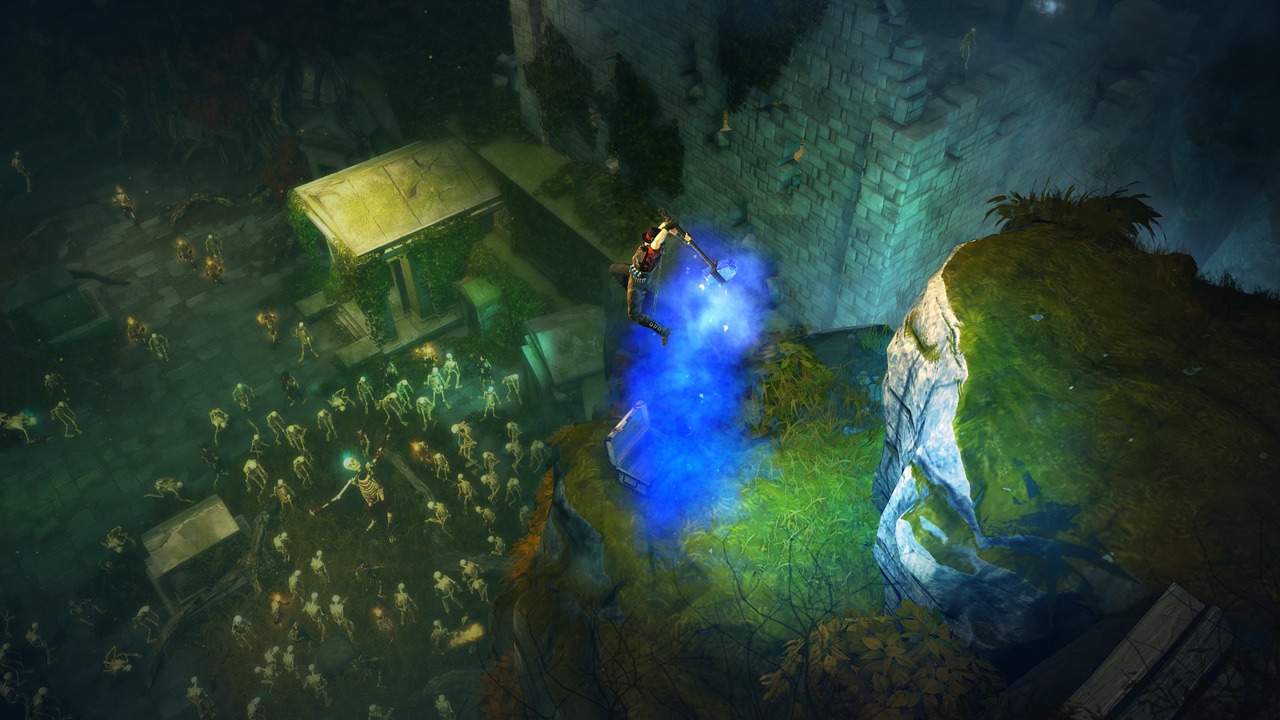 One of the best features of this game is its ability to gain access to any of the DLC features, without the need to forfeit any other progress in another game mode. The best of the bunch, well for me anyway, comes in the form of the Motorhead campaign. As well as offering a whole host of new weaponry, maps, challenges and abilities, this whole new world is heavily influenced by the gods of rock, with levels based on a number of their songs, cameo appearances from the band, large statues that attract a crowd of enemies, but with rewards to match and a soundtrack from their back catalogue that simply rocks more than ever as you lay waste to the demonic enemies that infest the land. This inclusion to the main game is worth the asking price alone, let alone everything that comprises the complete package; offering simply hours and hours of entertainment.

The Fractured Worlds campaign also offers a wealth of extras, as well as a form of unlimited gameplay with its dimensions formed from the fragments of broken realms. In essence, this world creates a random element in its creation, offering you a different experience every time you play through. Although the basic premise of the core gameplay remains the same throughout each of the worlds on offer here, the variations in locations, change to aesthetics, extra weaponry and abilities and co-op play, all add to produce an enthralling experience that never gets old or repetitive in its nature.

Overall, Victor Vran: Overkill Edition offers a superb package that is well worth its asking price. An endless level of depth, content and replayability ensure that this is a title that will played for weeks, months, or even years to come. Although based on the formula that Diablo has made its own, this game also contains a distinct flavour which it simply makes its own; offering a familiar, yet freshly new and exciting take on its premise. The inclusion of the extra DLC, in particular Motorhead’s offering is an absolute blast and will have you banging your head along to the drum beats and guitar riffs, as you mercilessly slain the huge amount of demons that fill the screen. The scale of what Haemimont and Wired have achieved on Nintendo’s console is simply staggering here, offering an endless journey into the underworld, yet one that is absolutely heavenly in its presentation and gameplay values.

A Diablo-style action RPG with a few cards up its sleeve; most notably, the Ace of Spades.