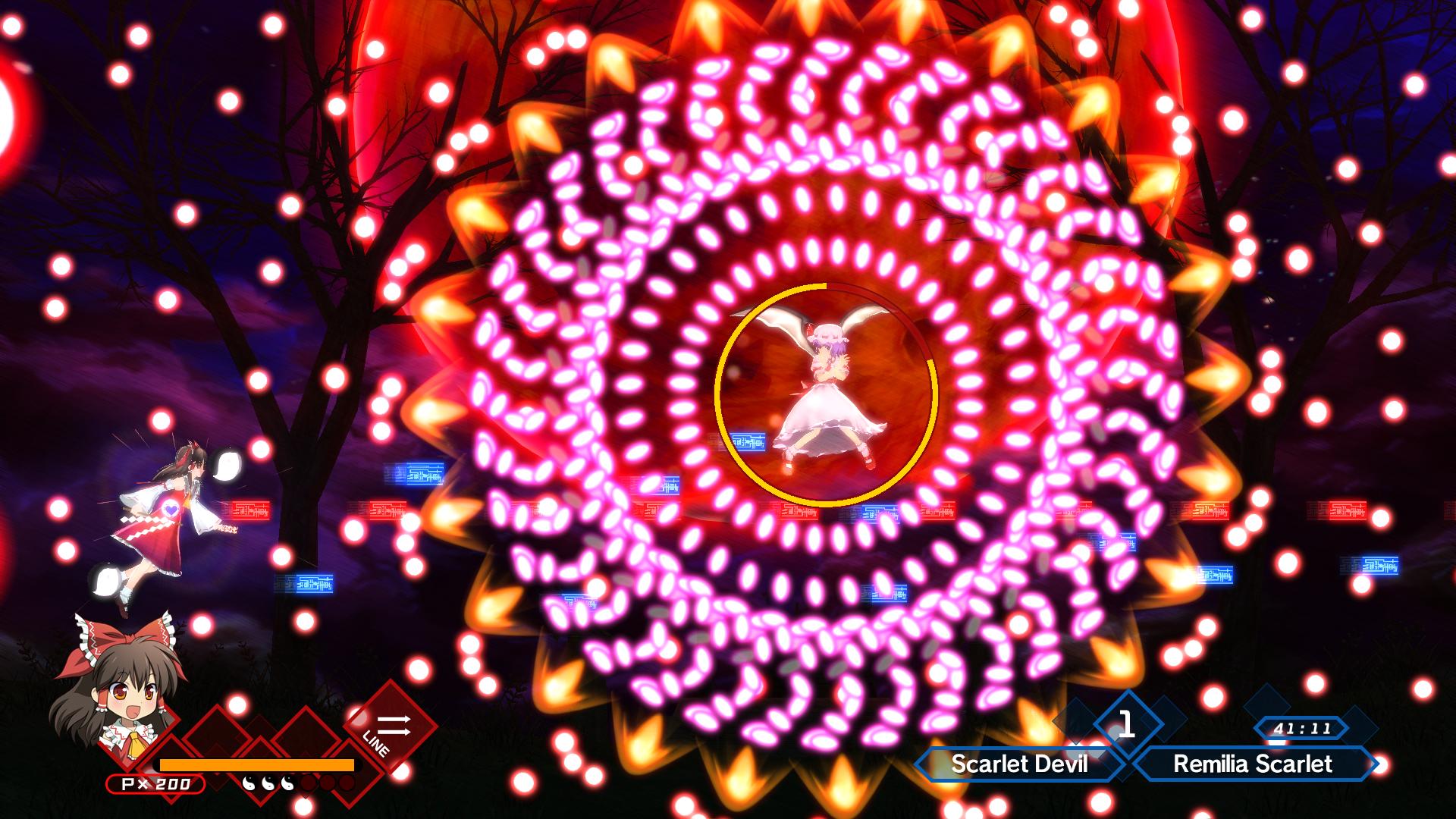 There are three core ways that someone can get exercise in their daily lives. The first is a more casual, amateur approach: maybe a good jog before going to work, or having pedals to work while you type, or, hell, maybe you’ve got a run desk. Good on you, it all works, but it’s arguably less structured than some. The second is to participate in regular, regimented exercise plans, like attending a gym, joining a studio, maybe doing some consistent but lower impact routines. These work out great, cost a bit of money, but ultimately give you a great balance of incline and increased difficulty while still allowing you to get help and seeking assistance when things are maybe plateauing or just not as good as you’d like. The third is being  a complete goddamn lunatic and just attacking your body as hard as possible in order to scare it into being fit. These are things like P90X, INSANITY and CrossFit but you play the videos at double speed. You see these all the time, and you can’t help but wonder if they’re more for show than actual success, but there’s no discounting the good-looking coaches and example models that the product produces.

Azure Reflections, the latest from Souvenir Circ. with a healthy blessing from Team Shanghai Alice, is a Touhou shooter, and that is both enough information and not enough in the same sentence. While technically being a fangame in that it isn’t directly created or overseen by Zune, Azure Reflections is one of the better in the stable since it directly references previously created, mainstream games. Azure Reflections serves as a spiritual sequel of sorts to Embodiment of Scarlet Devil (the sixth Touhou game). In Azure Reflections, the Scarlet Mist has inexplicably returned, and Reimu has a feeling that the Scarlet Devil Mansion and its owner, Remilia Scarlet, are connected. Deciding that going straight to the source is far too simple, Reimu takes a bit of a roundabout journey through several familiar faces in the franchise to eventually lead her back to the Mansion and find out what all the hubbub is about. It’s certainly not the most complex idea for a game, but you have to understand that Touhou is built on one of those foundations that requires you to fully understand the lore and mythology of a game that gives you very, very little information in-game. Hell, if I didn’t have access to the Touhou wiki, I’d still be confused, since most of the expositional banter is funny and fractured and, as a result, rather worthless in terms of explanation. 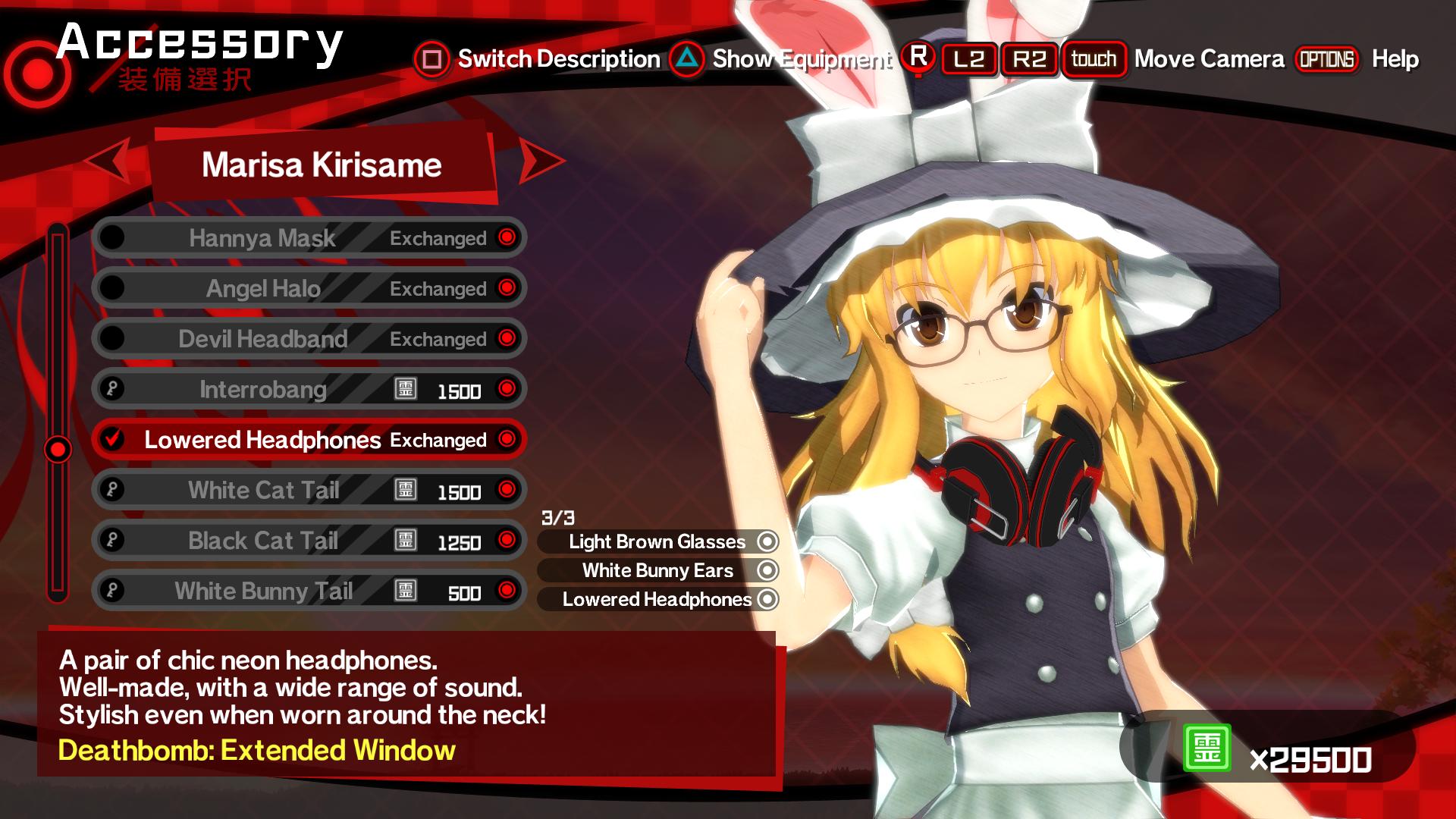 Azure Reflections is a horizontal bullet hell game, and it’s really, really important to know that Touhou likes to bring the heat no matter what difficulty level you opt for. Enemies will come in from the left and the right, sometimes simultaneously, and the levels are often incredibly short, giving you only a couple of minutes of smaller target work before the “boss” of each stage appears. The bosses will have 3-5 waves of attack, most of which involve intricate, tight dodging of bullets. You have the ability to hold down a button to slow and articulate your movements, which is 100% necessary to survive the waves of assault. As you crawl for your life, you can chip away at the boss’ health until you reach a point where you can do a barrier strike, which will often end the wave and give you a serious amount of bonus points. There’s also a couple of last-ditch manoeuvres, but both are risky. There’s an absorption barrier that can make some bullets disappear, but at the cost of potentially lowering your power (and also not getting rid of all the bullets, still leaving you open for pain). Additionally, there’s a massive spiritual strike that you have a limited number of usages for, and it clears the screen of small enemies, wipes out all bullets and can usually deal heavy damage to the boss if it’s on the screen. However, doing this will make you lose the precious bonus that comes from that wave of an attack, which is both a point of pride and a major loss for collectors.

In terms of Touhou games, there’s a lot about Azure Reflections that I like. Firstly, this is the first Touhou game I’ve ever really played that gives you a clear, straightforward tutorial that conveys the ins and outs of Touhou in a digestible fashion. Understanding that your character and your hitbox are two wildly different things is so important, and you even have the option to have your hitbox permanently toggled on. Once you realize you can take a bullet to the face and be okay because it’s not your heart, the game really starts to feel like it can be played. Additionally, the game just feels more welcoming and friendly than a lot of the mainstream PC games. Souvenir Circ. does this great job of crafting some adorable sprites, bright atmospheres and easy-to-navigate menus, including a ton of options to help make the game more customizable. Lastly, the fact that the easy mode says, straight up, “for those who are bad at shooting games,” means that they get it: not everyone is a master of danmaku. Thanks for offering some kind of easy way out.

You will be forced to play through the whole game as Reimu from the beginning, so hopefully that isn’t a dealbreaker for longtime fans/fanatics. Reimu is perfectly balanced, has a good amount of shot upgrade, and can flit through the waves fairly reasonably. If you’re determined to play as Marisa or Cirno, you’re going to have to put in the time. Additionally, even if you just want to dive in and play at the fabled “lunatic” difficulty level (which I still just can’t wrap my head around), you’ll need to prove yourself through hard mode first. That is, I suppose, a bit of a downer: the game asks you to please follow the set course it’s prepared before you can serve yourself however you’d like.  Which is crazy, especially since the game is damn short. Like, even for a bullet hell shooter, this is short. If you know what you’re doing, the whole thing will be over in under a half hour for a single playthrough. 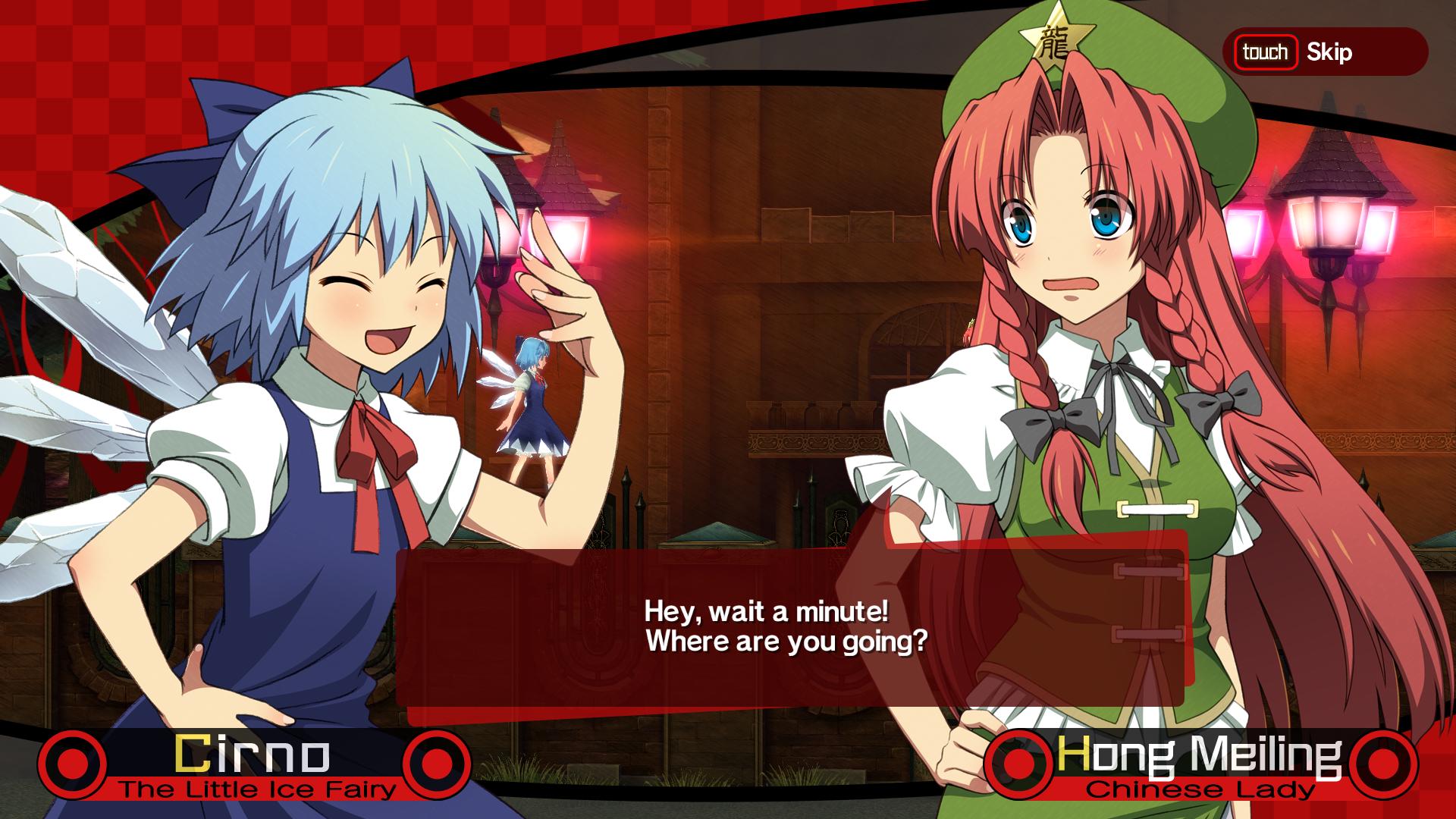 But it’s got so much replay value to it, so that’s where the balance of Azure Reflections comes in. Firstly, the game is a different experience with each of the characters and their “stories,” not just in play style but also in the actual dialogue itself. While it might not do a ton in giving you any kind of explanation for what the hell is going on, it’s funny, quirky and  incredibly well voiced in Japanese (if that’s your kind of thing). Additionally, Souvenir Circ. took some notes from their other great title, Croixleur Sigma, and added a bunch of unlockable costumes and accessories to make your character more to your satisfaction. By playing through even on easy mode, you can build up a nice little bank of points to help make that perfect moustache wearing Reimu, or the Bunny girl Cirno, to give you a little extra cheer as you get blasted to hell. Not to mention all those unlockable moments and stills that you can get if you beat the bosses without expending your Spirit Attack: you’ve got an entire separate gallery to view those whenever you please.

It’s a bit difficult, in terms of grading, to put Azure Reflections in the spot that feels fitting. True to Touhou style, you have these massive shifts between the modes, as going from Easy to Normal feels like a different game entirely. Easy can be played more like a standard shooter with a bit of finesse, while Normal asks you to focus on survival more on destruction. But many would argue that the hallmark of Touhou is the anxiety-building pressure, and you have to basically walk through the shallow end before hitting the deep end. Since it’s not vertical, it can’t be played the way that most of these game are created, but it works so well at a horizontal level (though I do hope other, vertical shooters come to my beloved Switch soon). And the replay is fully contingent on how much of a “fan” you are of the series. If uploading your scores to online boards and putting a tail on a shrine maiden before she goes to blow up other cute girls isn’t your thing, then this game is just going to be dead in the water before you even get past Patchouli.

However, as someone who enjoys a bit of spice with my dinner, but not a ton, Azure Reflections sits perfectly on my plate and in my palette. You’ve got some smooth and tight controls, clear expectations and explanations, very short but still engaging levels, decent boss fights and a full experience in a single sitting. You can easily come back and revisit this game time after time, either to compete against yourself or against the world at large. You can make your character as cute or ridiculous as you can afford, and there’s no way in hell you’ll be able to get past lunatic anytime soon, so why not get cute as you get good? If you’re looking for total Zune style, this may be outside your wheelhouse, but if you can appreciate a good homage, then Azure Reflections captures the essence beautifully.