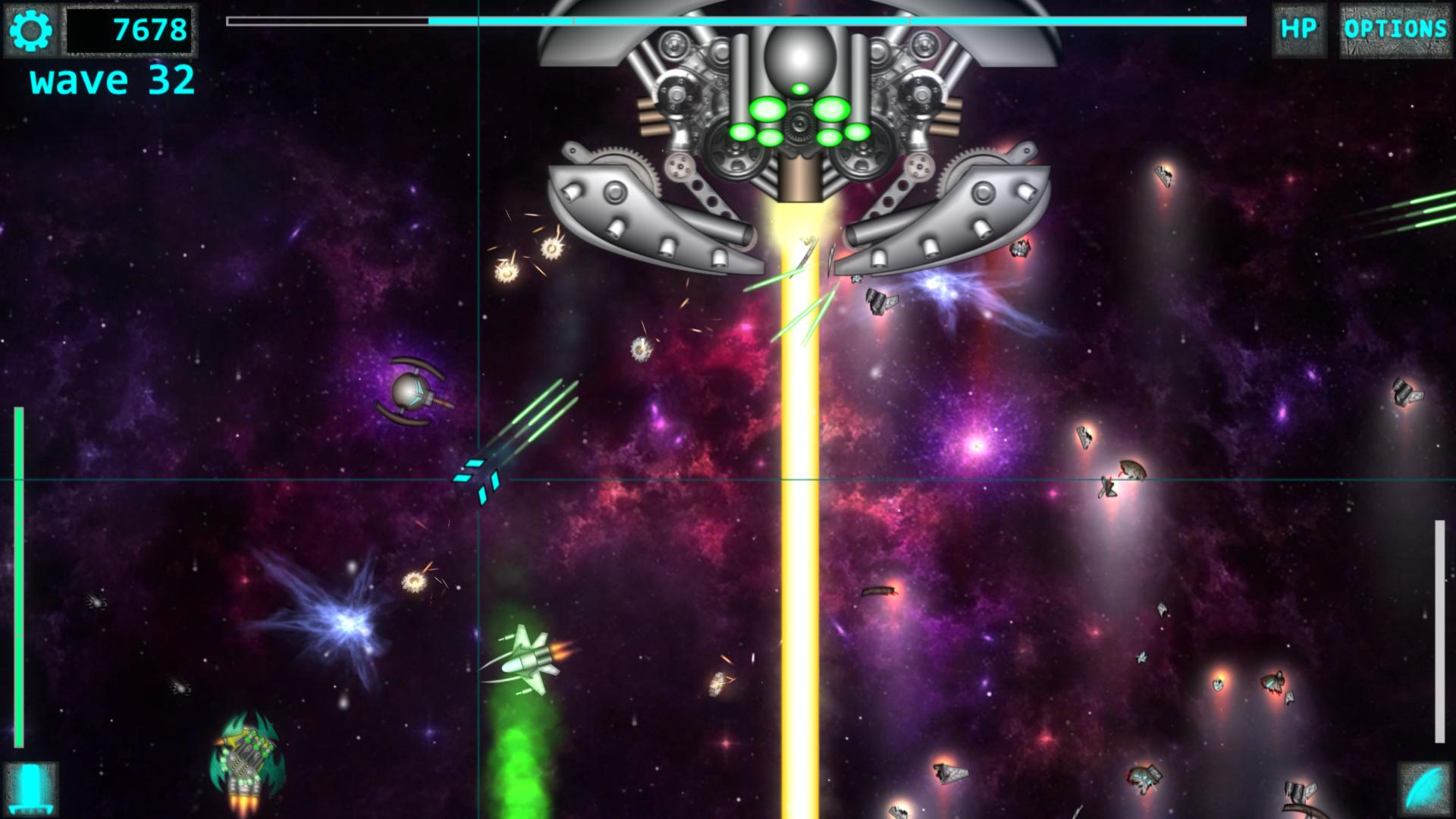 With so much choice these days, it’s easy to overlook games that have great potential to be a lasting favorite. In an age where 4K graphics, fast internet, and layered game mechanics that affect choices dominate the market, sometimes a simplistic game can remind us of the main reason why we play games: to have fun.

Space Ripper is a shoot’em up space shooter. It sticks to a simple formula of controlling your spaceship and take down the opposing ships for points. The more points you earn, the more you have to spend for future upgrades, dealing more damage, increasing your speed, or a different types of damage ability that destroys enemies quicker.

Graphically, Space Ripper has standard 2D graphics. This allows the game to keep a simple theme, but also incorporates the idea of pin-up models back at the hangar. The hangar is a place you’ll visit often as you progress through to the end. 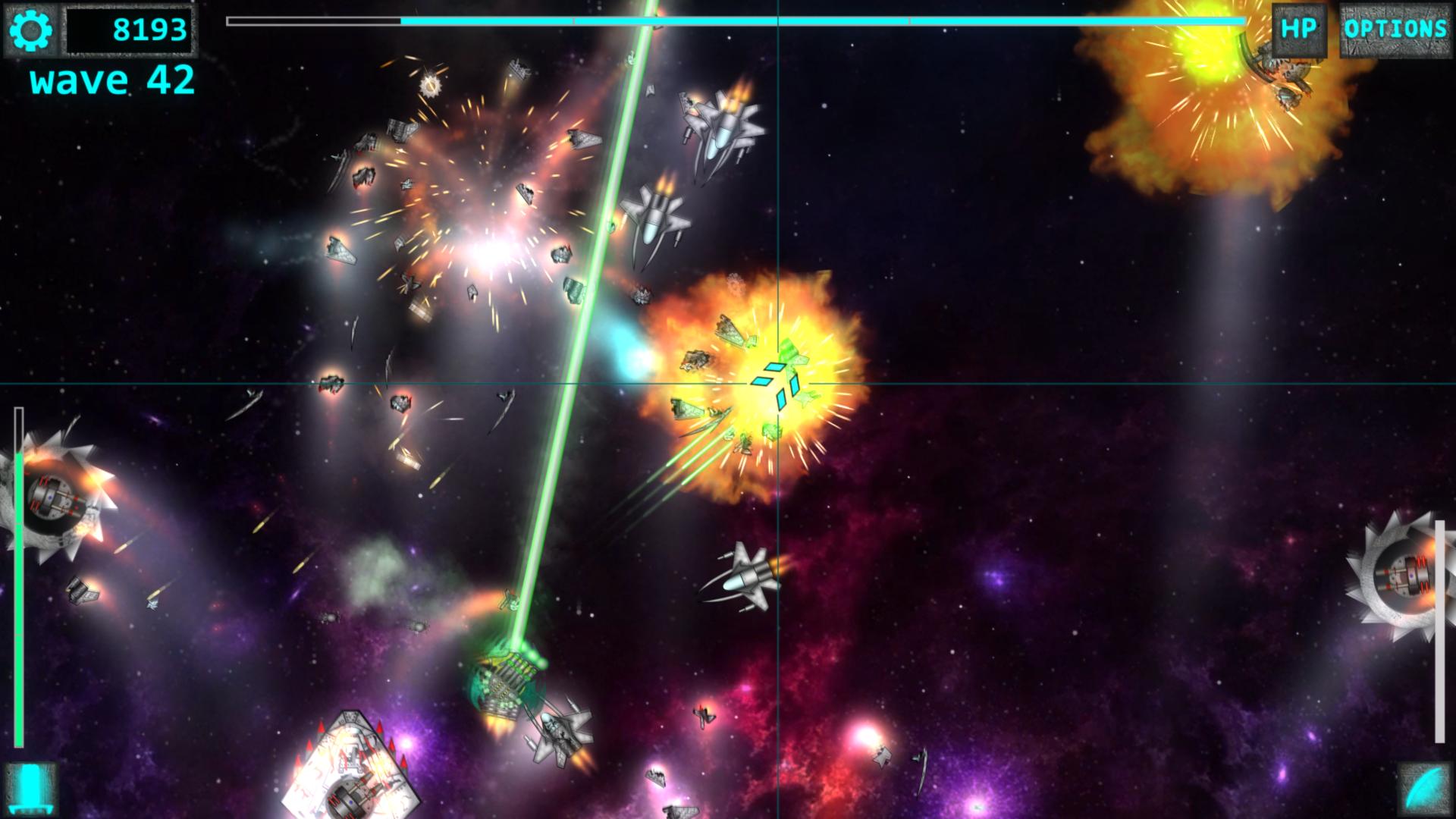 The story in Space Ripper is nonexistent. You are able to fly around through space, in all dimensions, despite this being just a 2D shooter. The main thing that drives the game forward is, as I’ve mentioned earlier, the upgrades and eventually running into a boss.

The early part of the game you’re going to die a lot. It’s a run of trial and error. You have little health, but the key is to destroy as many enemies as you can, while you accumulate points to buy upgrades later in the shop. Other than that, the game is straight forward.

Space Ripper is inspired by arcade shooter’s of the past. It’s high difficulty level and atmosphere of survival brings forth challenges to veterans of this genre, as well as something enticing for new players.

Despite the simple idea and easy to pick up gameplay, Space Ripper does suffer from a few drawbacks. First, the game’s simplicity is also its biggest weakness. Instead of just having players control one spaceship, why not let us choose from different models with different specs of speed, armor, or firepower? Or make it modular and let players pick up components to customize how they want to control their spaceship? This is something the developer could explore in future game ideas or a possible sequel. 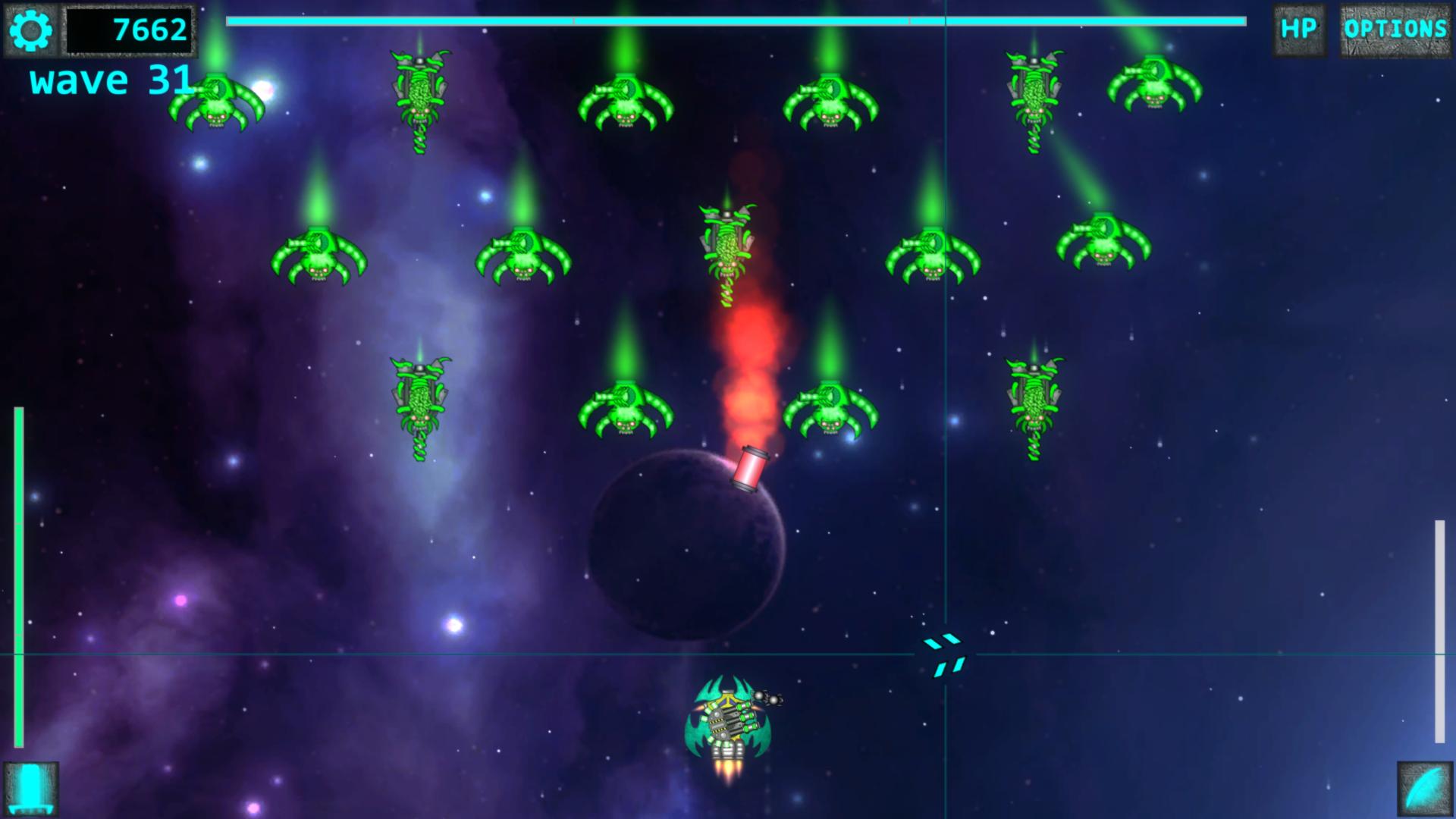 The second thing that holds the game back from perfection is the initial menu and look of the game. I weigh in all factors of a video game before making a final judgment, but this game felt like an exaggerated tutorial to me. There was no plot development, characters narrating the missions, or anything extra that kept me immersed in this world. If you’re going for straight gameplay, Space Ripper can hold your attention for the arcade aspect, but it’d be nice to have some depth as I’m blasting through enemies.

The last thing that holds back Space Ripper from greatness is the curve of difficulty. As mentioned earlier, when you start the game, your basic weapon destroys enemies with a mouse click. This is to the point, but it also feels like a game of chance half the time, dodging enemies and getting a few shots in before your spaceship inevitably blows up, you revive, then repeat the process all over again.

Overall, this is a decent game for a simple arcade shooter. It doesn’t offer a story, character development or multiple player choices, but it sticks to the fun factor and a variety of weapons, bosses, and enemies to blast through. The game is currently 1.99 on Steam. If you’re wanting to kill some time in quick bursts of an arcade, this is your game. If you want something more, give this game a pass for now.

It doesn’t offer a story, character development or multiple player choices, but it sticks to the fun factor and a variety of weapons, bosses, and enemies to blast through.