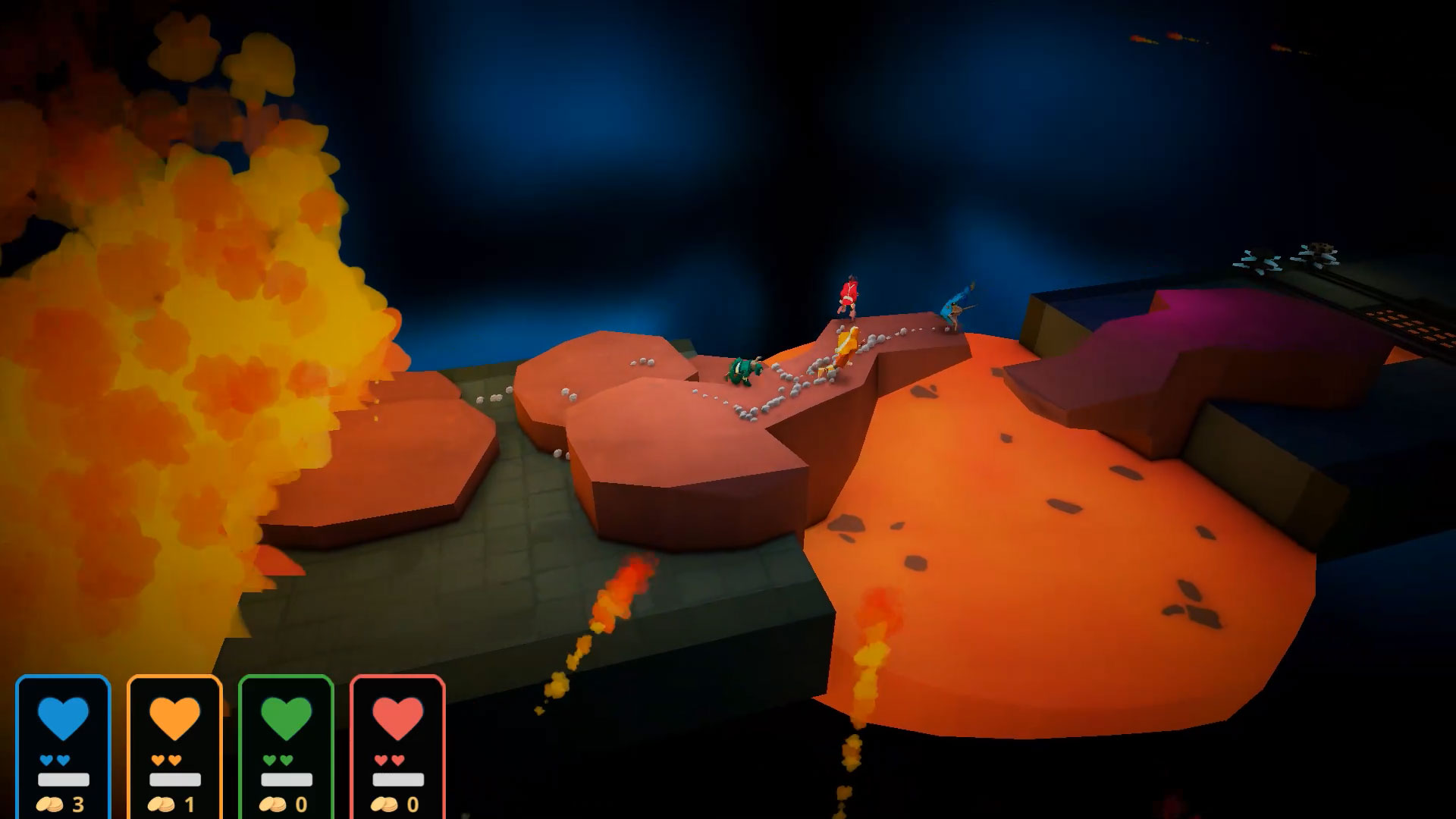 You would think that board games would transition particularly well when transferring into a digital format. However, this isn’t always the case, apart from a few classical or popular games, as well as the realms of many fighting-fantasy styles. Titles such as Carcassonne and Monopoly have found a formula that has worked for them, but whatever that magic ingredient is, it is something that has eluded many other games. So, what is it that separates a good port from a bad one? Obviously, gameplay is an important factor, with the need for its mechanics to be interesting and engaging, although for me, the essential formula comes in the form of a balanced competitiveness that can turn the tables on your opponents at any time; whether it be against AI or human counterparts.

However, not all board games in a digital format need to be a straight port from their table-topped brethren, as with the creative freedom that video gaming can bring, there is always room for a uniqueness that may not necessarily be possible in the physical world. One such game that brings an interesting mechanic and a competitive element to the gameplay, as well as producing a playing board that would be physically impossible to recreate, comes in the form of Numizmatic Games Corporation’s Light Fingers as it steals a release onto the Nintendo Switch.

Playable in a local setting for up to four players, this game contains two modes of play: Board Campaign and Dungeon Rush. As far as a single-player experience goes, then the second of these modes is the only option available to you, with its ability to play with one to four players. However, the main core of the game revolves around the Board Campaign and, unfortunately, this is only a mode that can be played with two to four players. It seems a shame that the developers have gone with this mechanic, as although there are two modes available to play here, one of them in infinitely better than the other and I bet you can guess what one! 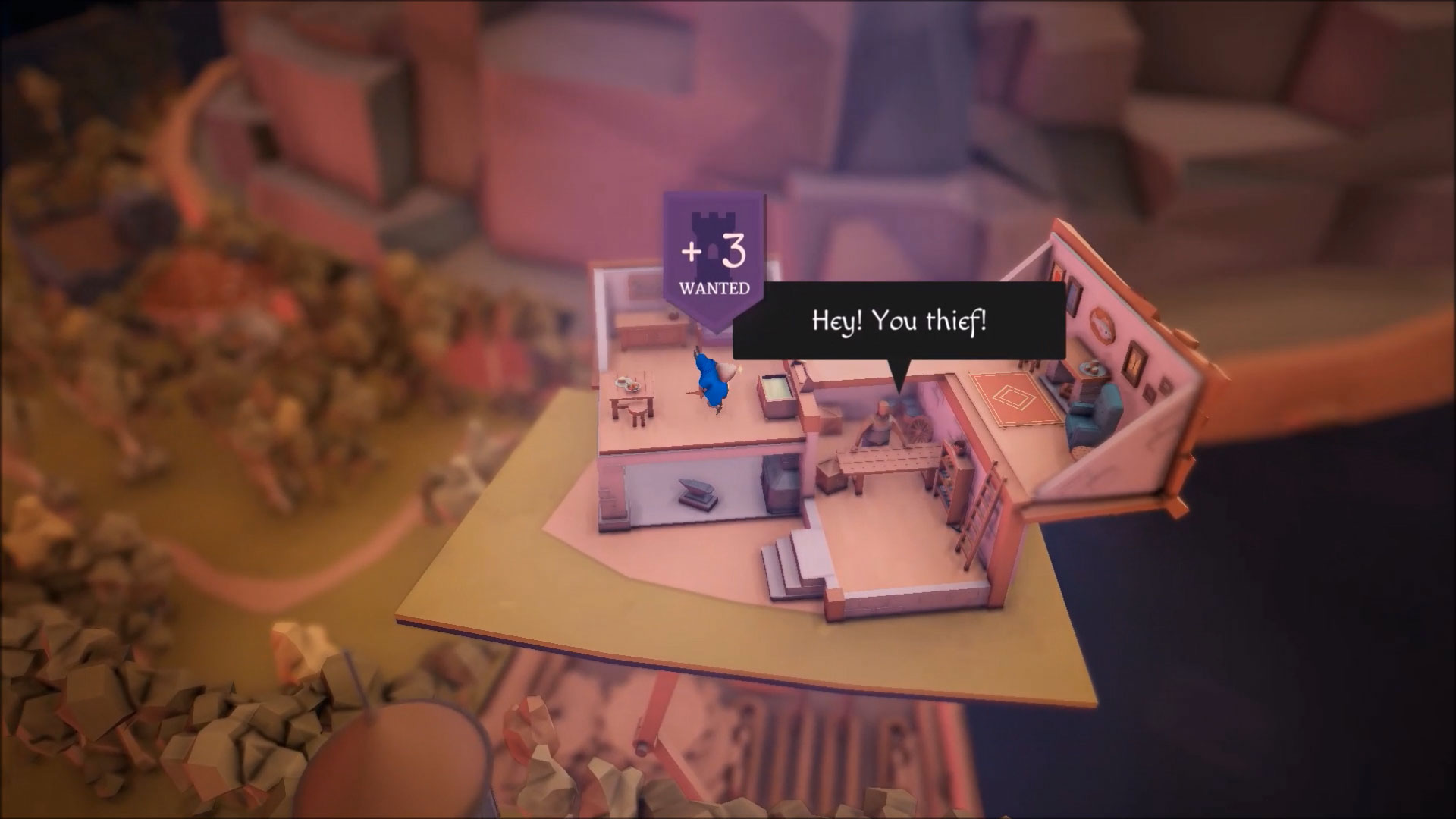 I’ll start with the main element of the game, the Board Campaign. Your objective here is to collect as much loot as possible, more than your opponents, as make your way around a circular and clockwork-driven board. With a single starting place, each player rolls a dice, with the lowest number going first, and each player makes their way across a series of tiles that reveal themselves as you land of them. Each of the tiles that you can activate contains a variety of landscapes or objects, as well as coins, treasures, cards and a series of dreaded guards. Each game consists of a limited of number of moves and a loot total, twenty-five moves and four loot bags, which needs to be reached in order to win; although these can be customised to alter their values. However, the higher your stash, the more your wanted level becomes and the more aggressive the guards become; thus increasing the chance of you losing your stolen cash.

In order to provide some form of help, or buff to your character, you can also accrue a series of cards from either finding them, or buying them from a revealed shop. These can contain abilities such as guard protection, increased moves and even the option to set up the other players. However, the safest, and even the riskiest way of keeping your loot safe, is to stash it within a Thieves Camp, a friendly tile that can change locations, or try to outrun the guards and lower your wanted level with one segment removal per turn. This creates a sense of urgency to the proceedings as you battle to, not only outrun the guards, but also try to make it to camp safely; a feat that can be not as easy as it sounds with the game’s mechanic of revealing tiles of which its contents are unknown. However, also dotted around the board, lie a number of dungeons or treasuries; each of which contain untold amounts of treasures. When entering these tombs of treasure, the gameplay changes dramatically, presenting a platforming style of play that boasts a competitiveness that is both sublime in its presentation and hilarious in its execution.

If you’re familiar with Roblox’s DeathRun, then you’ll instantly recognise the similarities in this element of the game. The players that enter these areas, are presented with an isometric view that comprises of a platforming level in which you need to run, jump and avoid a series of traps to collect treasures on the way, as well as retrieve the golden chest at the end of the level. However, the other players who didn’t enter with you, control a series of hands that are used to activate the traps along the way by pushing a series of buttons. It’s a wonderfully entertaining and addictive element to the gameplay and one that creates all sorts of havoc when playing with family or friends. Once the end of the level has been reached, or if the other players catch you in their traps, then you return to the board where you all continue along your journeys to collect as much loot as possible. 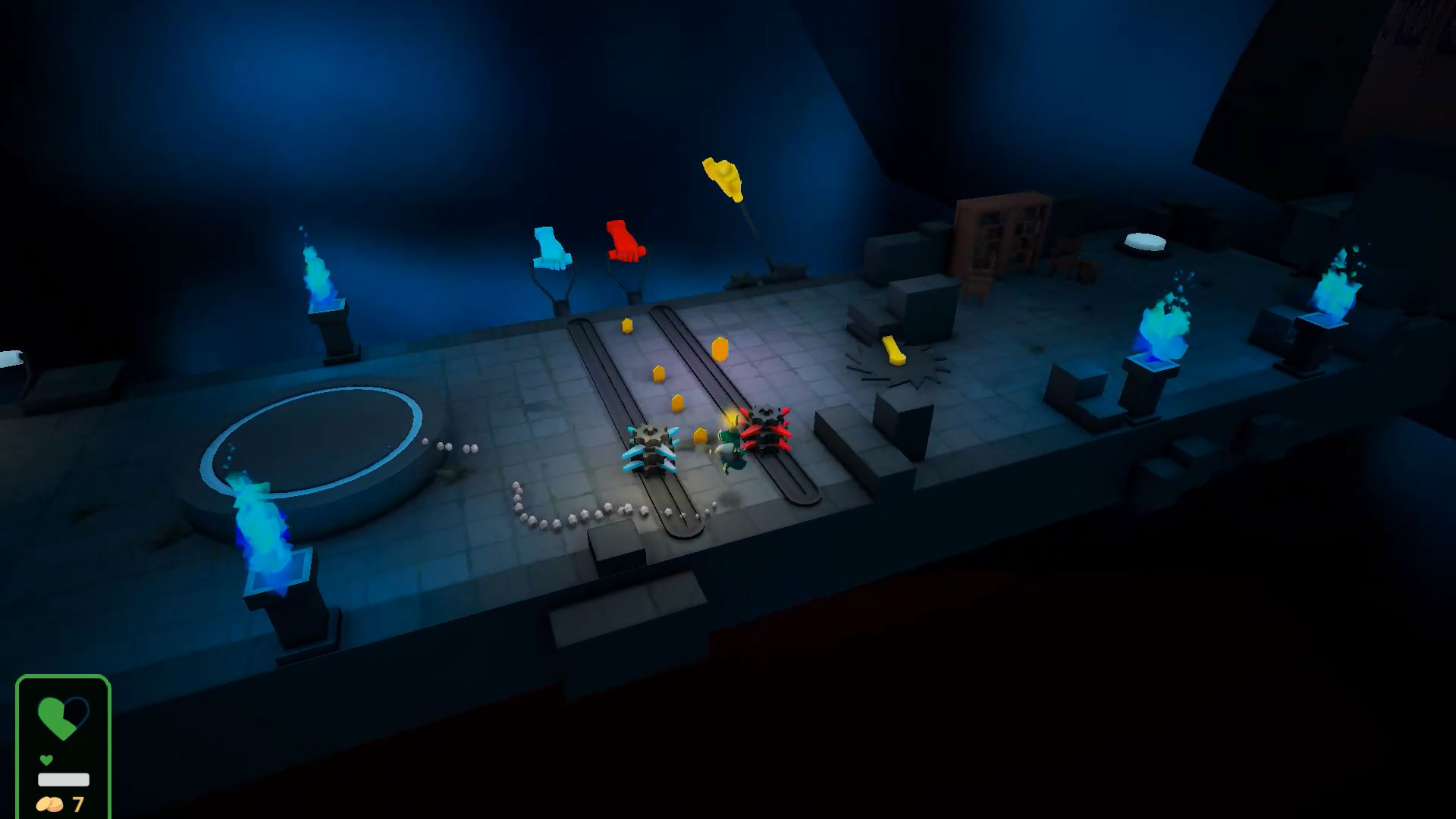 The second mode of play and the only one available for solo play, comes in the form of Dungeon Rush. This mode of play essentially contains all of the platforming sections from the main game, which although quite fun in multiplayer, produces a very lacklustre experience in single-player; in fact, it plays more like a practice mode for the dungeon elements of the board game. While it can be fun in bursts, it feels very incomplete with the board missing and is a mode that soon feels tiresome with a repetitive nature and lack of excitement that the main core of the game does so well. When playing solo, the AI takes control of the traps and, in all honesty, can’t match up to the same level of playing against human opponents. If it contains one saving grace, then its in the fact that completing these levels opens up new elements in the main board game, but it’s still a drag having to drudge through them and you’ll be thankful when you’ve worked your way through; at least in its single-player element you will.

The two elements of gameplay also shows in the production values and presentations between the two modes. The board game is simply charming and is a delight to watch and play as it mechanically reveals its segments, or tiles. The platfoming sections though, don’t contain the same level of graphical prowess or charm in its implementation. However, both segments work wonderfully together, it’s only when they are separated that things fall by the wayside. Having an AI opponent in the main game would have been a nice inclusion, hopefully its something that could be added at a later date, but as a local multiplayer, there’s nothing out there that can come close to matching its level of fun and competitiveness.

Overall, Light Fingers is a game of two halves; one sublime, the other awful. However, put them both together and they compliment each other fantastically well. In its local multiplayer component, this is a game that simply shines, but as a solo experience, there is nothing here to keep you engaged. It’s almost like a game that is reliant on an internet connection in order to play it. If you haven’t got anyone to play the game with, then it is largely defunct and not worth the space on your memory card. However, if you have a family or a group of friends that you play regularly with, then this title quickly becomes a must-own, boasting a level of play and a balance in its competitiveness, that it simply matches any of the classic board-games that we all know and love; especially in terms of its addictive qualities. It’s tactical, it’s hilarious and probably, one of the best multiplayer games I have ever played. In terms of this, I have marked it accordingly as it primarily is a multiplayer game. Play it solo though, and I’d take one or two marks off of its total. Don’t say I didn’t warn you.

A unique and wonderfully crafted board game that shines in multiplayer, yet is seriously flawed and borderline unplayable in its single-player element.