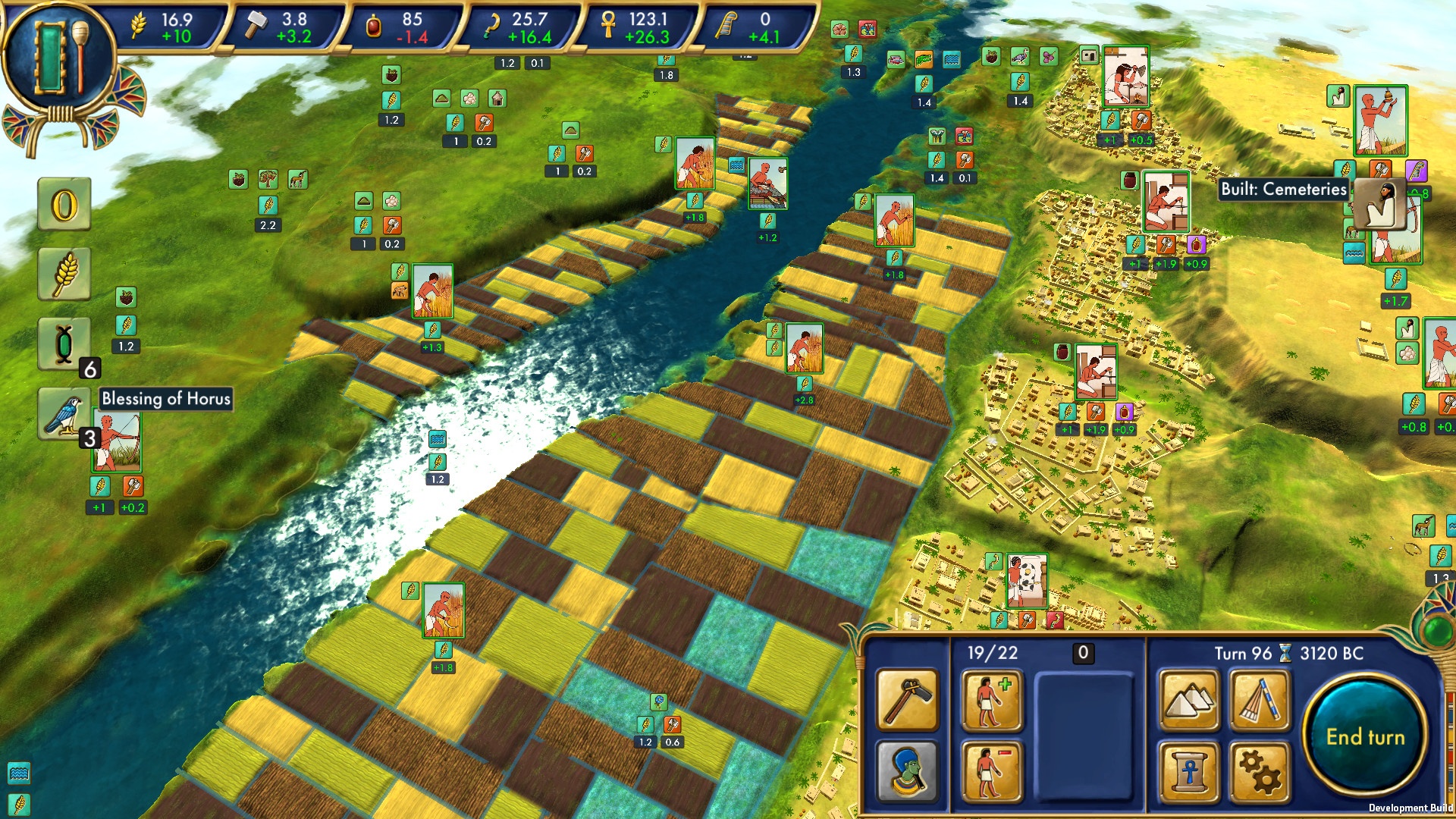 Egypt Old Kingdom is the new city-building management game from Clarus Victoria – an independent developer who so far, has dabbled in top-down strategy games. Many people will look at the screenshots of this one and quickly decide it looks a little bland and complicated – they couldn’t be more wrong, so let’s have a look at why they’d be wrong!

In Egypt Old Kingdom, the player must lead a tribe of nomads into the Nile delta in the hopes of founding a mighty settlement. You do this from the giddying heights of the clouds above – commanding hypothetical groups of settlers to irrigate the floodplains or build houses. The clouds look fantastic, and whilst the rest of the game appears very modest in terms of graphical style, it is actually permeated with minute details that remind you it’s a historically accurate game about Ancient Egypt.

One of the things I really loved about Egypt Old Kingdom was the UI. A good example is the cult screen – which depicts the different Egyptian deities carved and painted onto a stone wall. It’s a unique way of representing the options you have when founding a cult to the gods. Similarly, the research screen depicts (in amazingly detailed Egyptian-style art) various technologies such as irrigation and forming a chiefdom. Oh did I mention the developers worked with actual historians on this one? That’s pretty dedicated right!? I’m impressed! It even comes with an in-game quiz so you can test your knowledge on Ancient Egyptian culture… 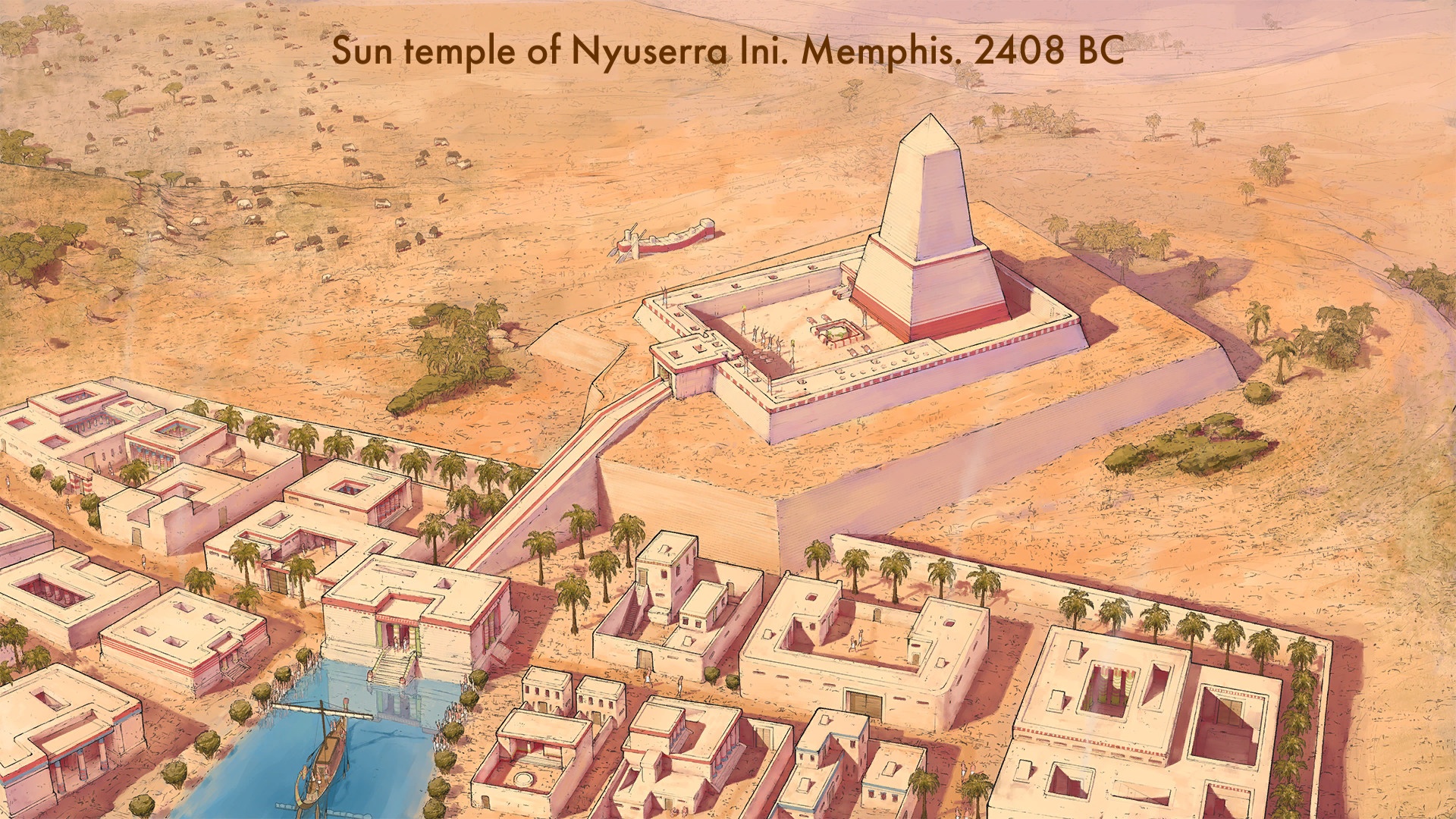 So the actual game plays out quite simply by splitting up the river area into different regions. These regions will have a mix of food, production and other resources for you to capitalise. You’ll also be vying for these alongside other tribes, with an overall objective in mind such as to “unify all the tribes” or “construct a temple”. Once these objectives have been completed in a chapter, you can move on to playing on the “world map” stage. At its core however, Egypt Old Kingdom is all about making choices, balancing production and planning – the staple ingredients of a city-builder come-management sim.

Whilst the gameplay of Egypt Old Kingdom has the aforementioned key elements, I find that the learning curve isn’t steep enough. An example of this is that sometimes a random event will make a neighbouring tribe dislike you. All you need to do is send a villager to smooth things over with them – increasing relations every turn. Whilst this may be mildly annoying in the early game, in the late game it’s of no consequence whatsoever. I feel that random negative events and consequences of your actions should be taken into account to create a more challenging experience.

Talking of consequences, there is a kind of “relationship” system in Egypt Old Kingdom. This isn’t just unique to yourself and the tribes around you but extends to the animals of the river delta itself too. If you go around slaughtering all the hyenas, the others are gonna get pretty sassy and be warier of your fledgling city. This will make animals harder to domesticate and reap the long term-rewards. Similarly, if you upset a local tribe, you are likely to experience more negative events surrounding them. The whole game has an interesting atmosphere of cooperation that you often don’t see in city-building management titles – an atmosphere that is really quite endearing. 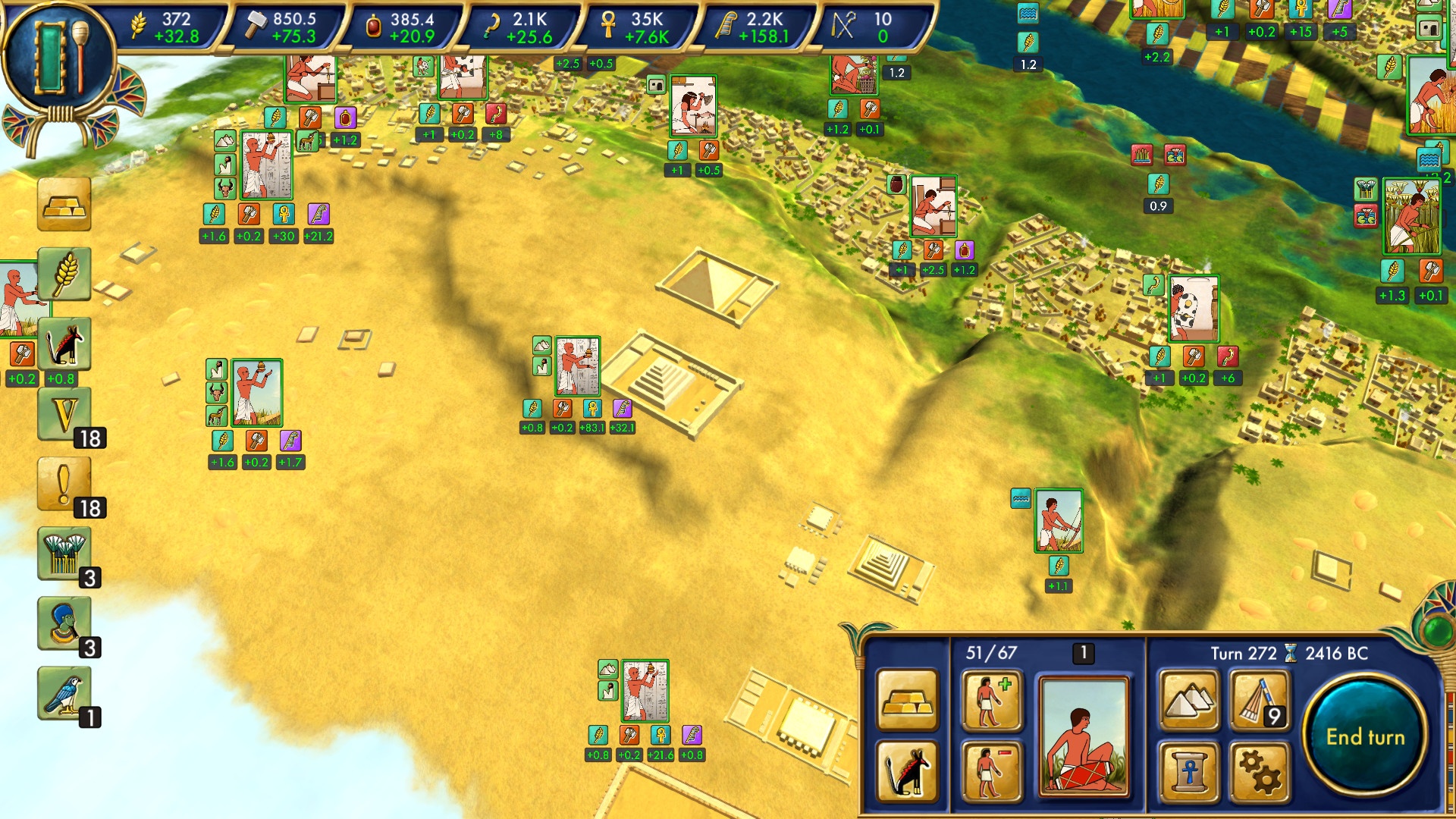 The soundtrack for Egypt Old Kingdom is beautifully made – with lilting melodies and that funny sounding drum thing that sounds like you’ve spanked a plastic barrel full of water. You know, the one drum that’s always used in Egyptian-style music. The soundtrack just fits so well and it’s no wonder that Clarus Victoria are selling it separately for actual money!

Overall I’m loving Egypt old Kingdom. It oozes Ancient Egyptian culture and has clearly been well-researched and had a lot of love poured into it. My only gripe is that the difficulty is far too mild at the moment and doesn’t offer much of a challenge, especially when you’ve reached the mid/late game. For a full release game however, Egypt Old Kingdom is priced more than reasonably, the gameplay is polished and it taught me lots about actual history!