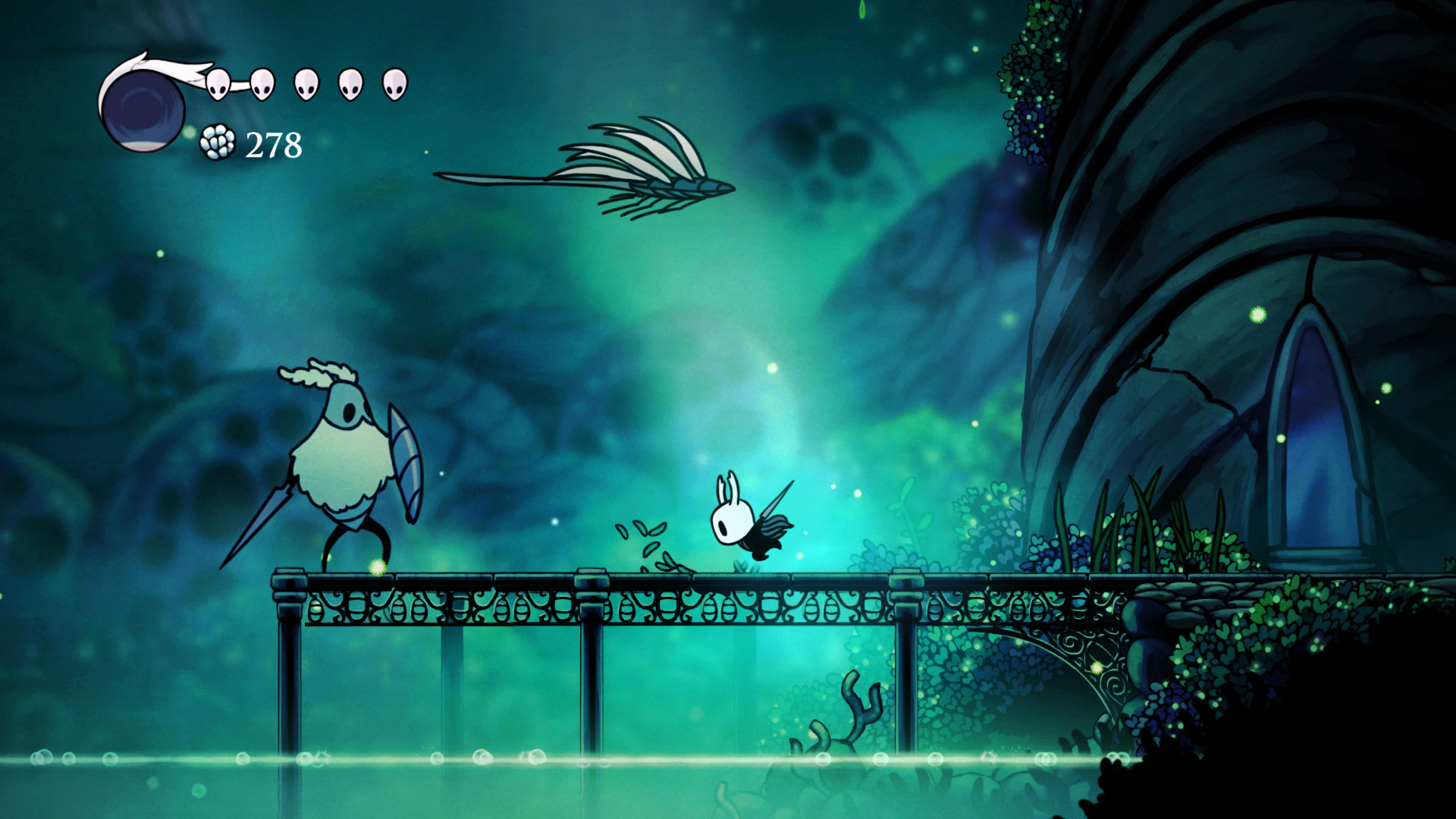 Is this the first game ever to be ported from, rather than to, the Nintendo Switch? Probably not, but it sure does feel like it. Whatever the case, despite Hollow Knight finding an undoubtedly perfect home on the play anywhere technology of the Nintendo Switch, the quality of this classic Metroidvania-inspired platformer ensures that it deserves to be experienced by as many people as possible.

Sure, we are hardly shy of a Metroidvania style game or two at the moment, and Team Cherry’s take certainly adds nothing genuinely new to this much-loved but increasingly well-worn genre, but when a game is crafted so precisely, with so much care and attention, innovation is no longer a prerequisite for success. And so it proves here – beyond its striking visual design, Hollow Knight, while indeed bringing nothing new to the table, thanks to the quality and utter consistency of its design quality, proves as essential on PS4 and Xbox One as it did on Nintendo Switch.

While it is home to all of the trappings one would expect from a Metroidvania-style experience, Hollow Knight’s excellence shines through from the very start. With its cartoon-based, insect inspired visuals that aptly channel a kind of invertebrate take on the melancholic Dark Souls series, Hollow Knight, while technically very familiar, does set itself apart from its immediate peers thanks to its bleak but relentlessly beautiful art design. 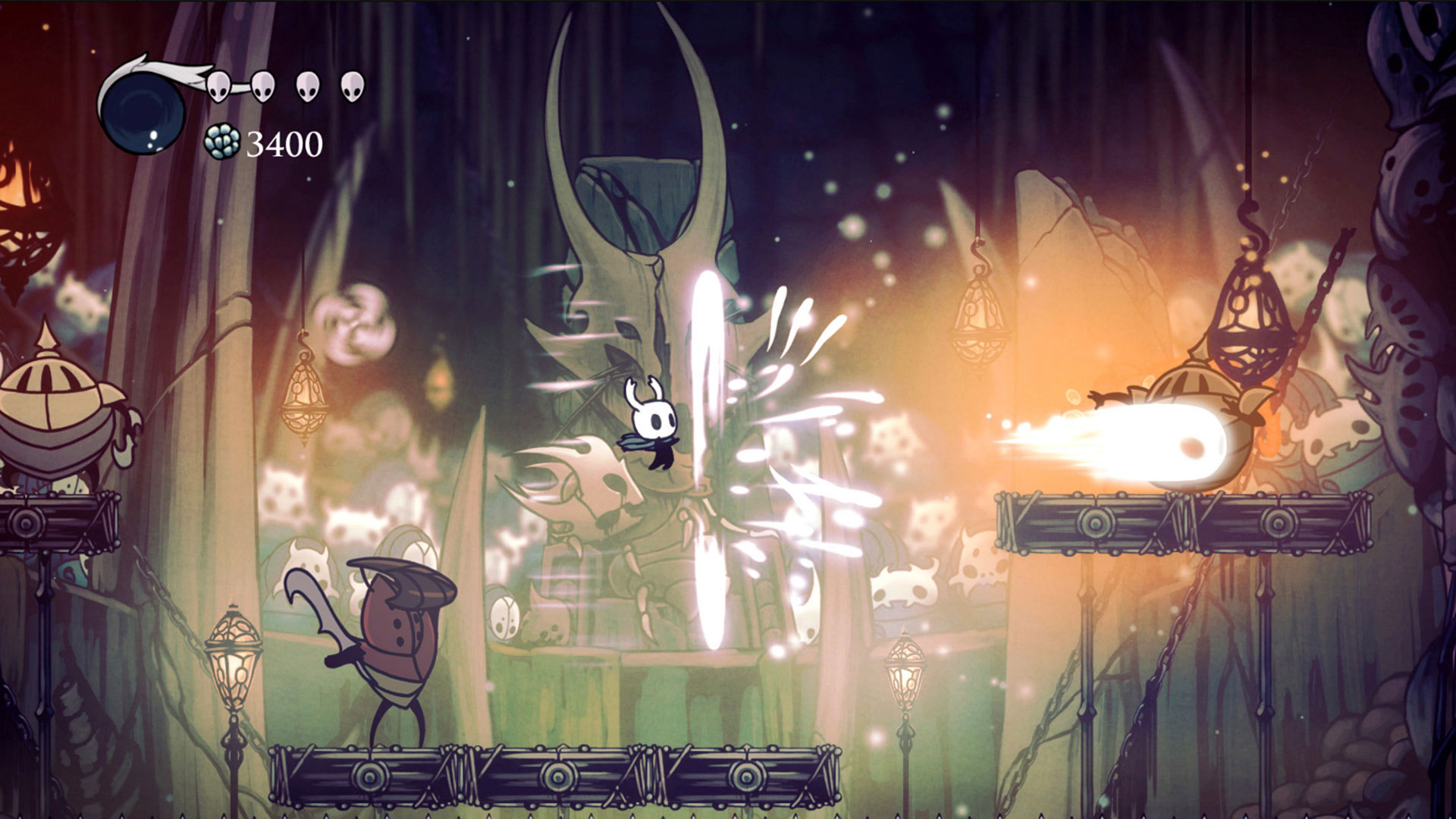 Considering this game was kickstarted for a relatively measly £36,000 and has been developed by a modestly sized team, Hollow Knight proves an exceptionally polished and strikingly gorgeous experience from beginning to end. It is home to a ton of content (content that has been increased for the Voidheart Edition and is still being added to via a consistent stream of free DLC), it is technically sound throughout and despite its humble background, runs like an absolute dream.

As you explore the decidedly unpleasant town of Dirtmouth and its underground world as the silent and stoic titular Knight, you’ll unlock abilities and skills that invariably allow you to access more and more of the world around you. The skills themselves have all been seen before with double jumps and ground pounds etc unlocked as you progress, but with magic and melee abilities also gained and improved as you go, Hollow Knight does more than enough to keep you invested in its world via that relentless and perfectly paced drip-feed of new skills and locations.

Keeping the gameplay experience suitably tense, Hollow Knight also ‘borrows’ the death mechanic from Dark Souls in so much that death leads to a trip back to the last checkpoint and a single chance to get back your lost gear by defeating the Shade that appears in your place. Again, it’s all stuff we’ve seen before, but like everything in this game, it’s implemented with care and craft and really adds a sense of tension to each challenging encounter. Hollow Knight might not be as hard as some of the more unforgiving games of this ilk currently doing the rounds, but it’s still pretty tricky and death, especially at the start when you have a limited number of masks (masks stand in for traditional hit points), can come regularly and with little in the way of warning. Adding to the challenge is a genuinely fantastic selection of boss battles that both look great and do a fantastic job of ensuring that your new abilities and skills never go to waste. 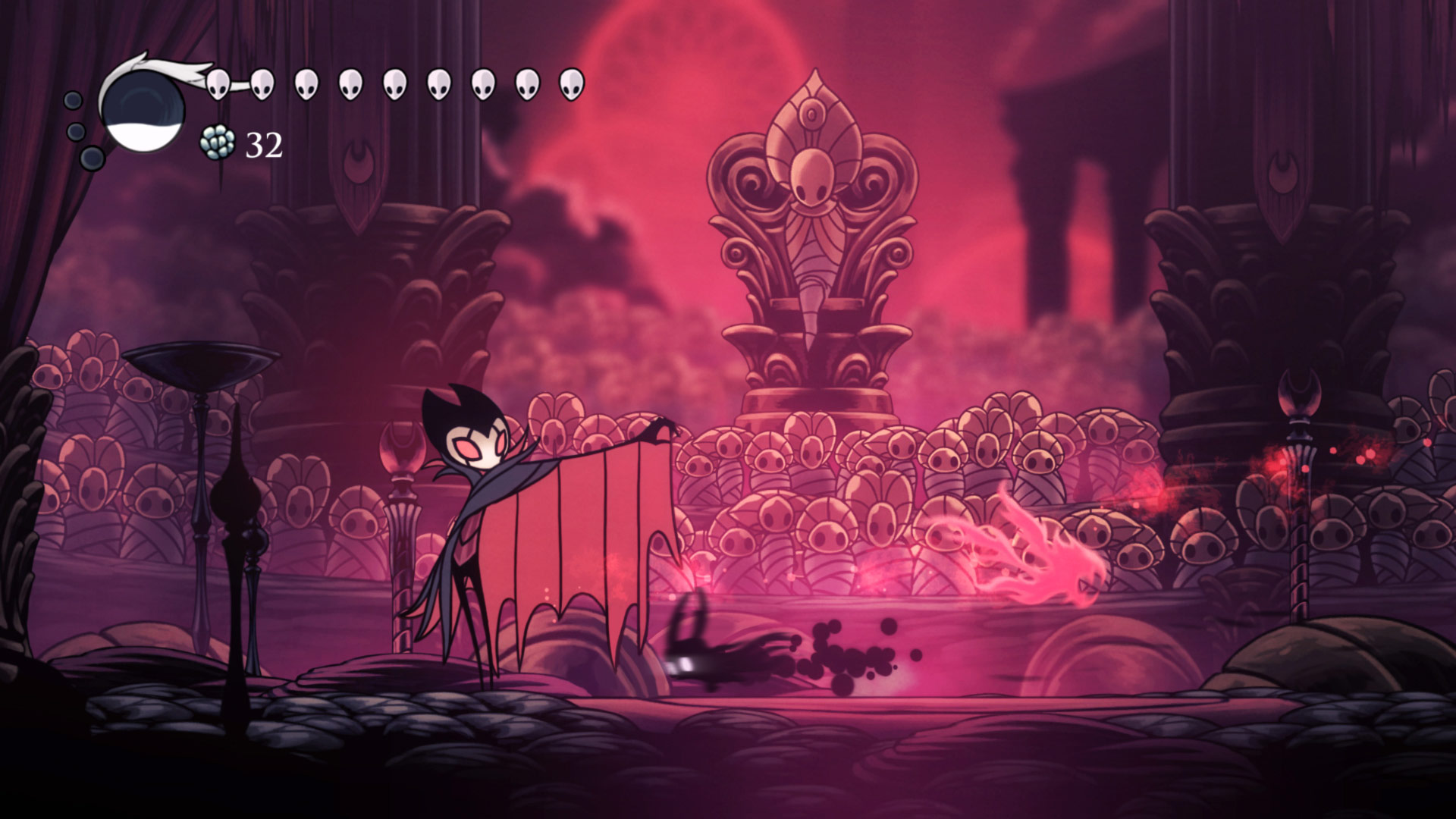 While there are characters that can be interacted with throughout the game, in the grand tradition of the very best Metroidvania games out there, the majority of Hollow Knight’s story is told through incidental environmental details. It might lack the kind of subtlety that made Super Metroid one of the best games ever made and the soundtrack, while excellent, falls way short of that found in Castlevania: Symphony of the Night, but as a complete audio/visual package, Hollow Knight is up there with anything released in 2018.

With it’s incredibly reasonable price point (honestly, I can’t believe how cheap this game is), it’s fantastic mechanics, exceptional artistic design and huge amount of ever evolving content, Hollow Knight: Voidheart Edition on Xbox One and PS4 is about as easy to recommend as any game that I’ve played this year. Sure, it doesn’t do much (if anything) particularly new and it will always feel more at home on the Nintendo Switch, but whatever platform you decide to play it on, the important thing is that you simply play it. Developed by a small team from Australia, this is a game that punches well above its weight and will likely end up on many a game of the year list (I know it was released on PC and Mac in 2017 but, well, I don’t care).

Developed by a small team from Australia, this is a game that punches well above its weight and will likely end up on many a game of the year list.