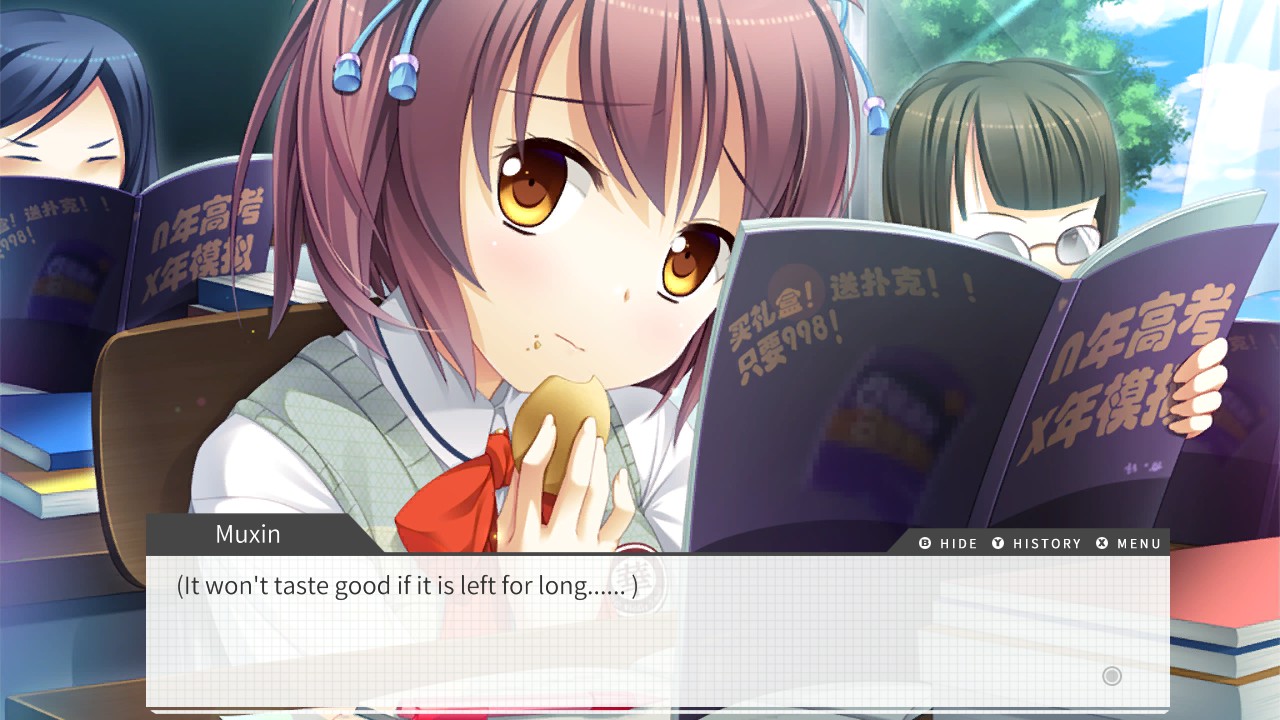 It’s easy to see why dating simulation games exist, and to what extent that they’re so popular. The idea of finding love in a variety of situations is appealing to folk no matter what their actual romantic life might be like. There’s this idea that a lot of visual novels and dating sims draw a crowd of sickly, introverted people with odd fetishisms. I’m not saying they don’t, but that’s far from the only group to play. Basically, when a game is done well, it can attract players of all backgrounds and types. And, for something like Gaokao.Love.100 Days, the potential really exists, but some small flaws keep it from fully forming.

Gaokao is the period of time in China where students who are eligible take their university entrance exams. It’s a gruelling period of time, literally some of the most stressful testing imaginable, and, for many, it’s a life or death situation regarding their future. You, a student in the last year of high school at HyaYi, are, naturally, curious about what the future will bring for your job, your grades, your education…and your love life. Against all odds, you confess to your long time crush, Muxim, just one hundred days before the legendary testing begins. But you don’t care: the heart must do what the heart must do! Or so you think. In reality, life isn’t that simple, and you, Muxim, your fellow classmates and many others all have a hand in your future, and you in theirs. Will you buckle down, study hard and get into a great school at all cost? Will you forsake academia for love? Or will you somehow find a balance between the two ideas?

Gaokao.Love.100 Days is not a visual novel, but is distinctly, definitively a dating simulation game. Over the course of one hundred days of decisions, you will make the steps, the choices and the tough calls in order to see the future that you hope for most. Your daytime classes are fixed and cannot be trifled with directly, but you can “review” what was taught in order to boost your knowledge of the subject. You have a skill chart that fluctuates based on a number of influences: take night classes and use certain items to gain an edge. But be warned that not everything will affect you in a positive way. Naturally, there’s also the matter of relationships, and anyone can tell you that trying to keep everyone happy makes no one happy. There’s your connection with Muxim, which, theoretically, is the easiest to follow through on, but not always. There’s your classmate, Xiaohan, who can help you get higher grades through weekend studies…but that can also develop (rather suddenly) into something much more. Stom, the inexplicably well-built dude who loves video games, has a hand in your future as well, so making sure you have some good rapport with him could be crucial. Studying, talking, taking side trips, using items, changing your attitude, and, oh yea, you have to sleep sometime. The regular sleep that you do every night isn’t nearly enough for a developing highschooler, so you need to make the call on when you think you can safely sleep through class to replenish your health. After all, you don’t wanna end up in a coma in the hospital, right? Because that’s a possibility. 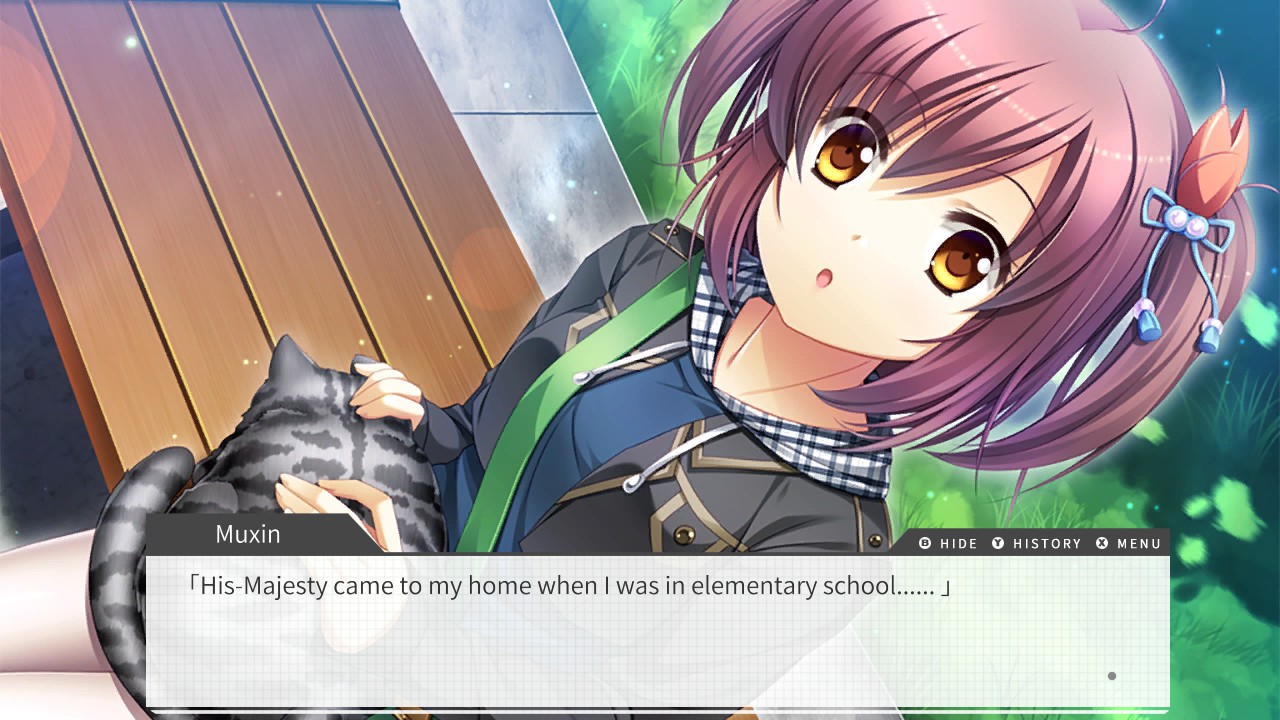 A title like Gaokao makes a ton of sense on the Nintendo Switch. Firstly, the very nature of the game is not to try and play it all in a single sitting. Probably you’ll want to do a few days at a time, relax, and then come back and do a few more later. Mobility, therefore, makes it key in spacing out the gameplay. Secondly, there are button controls, but players will be more comfortable with touchscreen, as the very nature of the game is a port over from the PC version, asking for a mouse to interface best. The button controls are alright, but I really recommend just using a finger. Additionally, this is a game that, if you enjoy it, you’ll want to come back and revisit several times, so having it on your Switch for an anytime load is going to be key. After all, the more than 50 endings aren’t going to unlock themselves.

Yes. More than fifty. From what you just read, it seems like a straightforward game: get the girl, get the grades, or try to get both. But Gaokao.Love.100 Days has a much more complex system than that, and it shows in the sheer number of pathways you may traverse. Each dating ending has a variant system to it: for example, there are two completely separate pathways in which you end up staying together with Muxim, but one where you go to the same school and one where you go to totally different schools. And even these endings have nuances to them that are based on choices that you made throughout the game. Even though this isn’t the most insane level of choices when it comes to what your character does and doesn’t say/eat/wear, there are more than a few moments when you need to choose whether you do or don’t do something. The sidekick/friend character, Stom, will eventually lead you to decide whether you save him from the toilet (trust me, it’s not as weird as it sounds) and this seriously is a massive deciding factor for some things. You can end up alone. You can end up with both girls. You can force Muxim into the arms of another. Or you can get into a traffic accident and fail at life completely. The choices are yours! 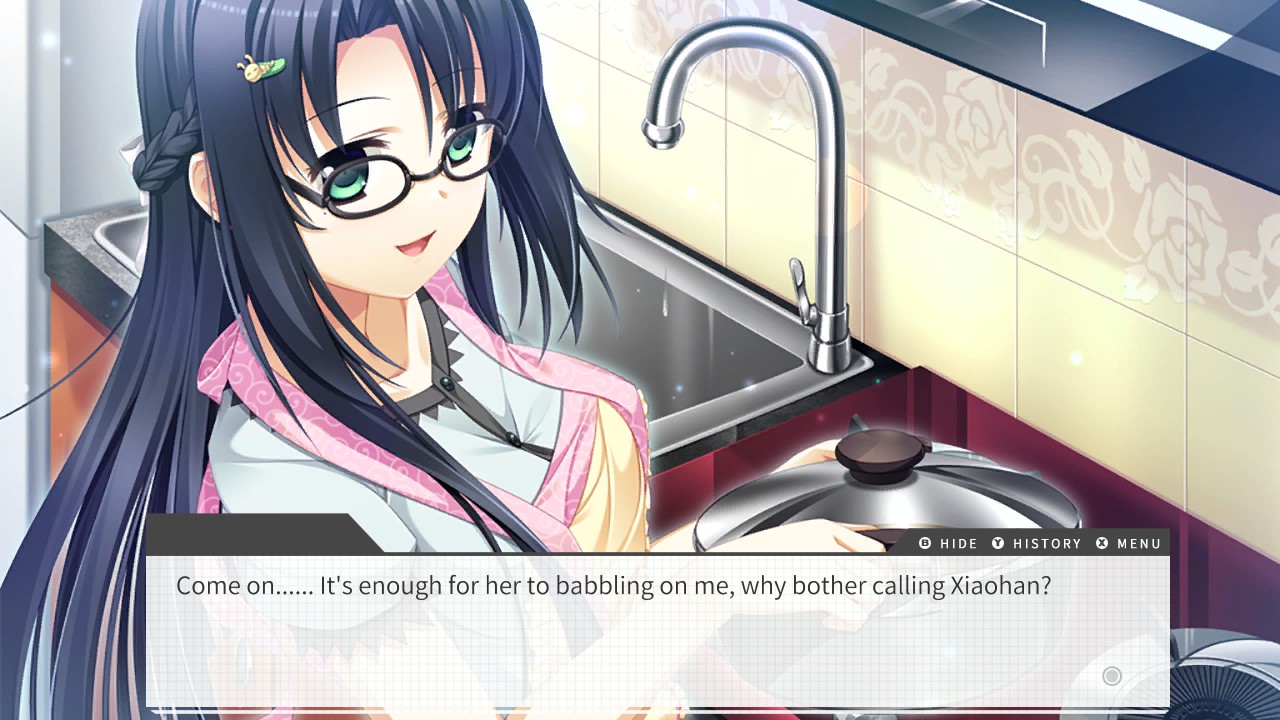 Artistically, the presentation of Gaokao.Love.100.Days is quite beautiful for the style and scenarios that you’re presented with. The character design is cute, albeit a little “anime” tried and true, and the personalities are mostly endearing. The voice acting of everyone is very strong, but it is completely in Chinese (why you would expect something different, I don’t know). Chinese is one of those languages that can either sound very beautiful or very harsh depending on your ear, so please keep that in mind. Additionally, if, like me, you aren’t totally into the voice acting, you can fine tune the audio to keep the pretty, light soundtrack going while the voices can be ducked out completely. Your character will visit a small variety of locations, but a good amount of time will be spent at school, home, and other’s homes, so keep that in mind. It’s certainly charming enough that I kept playing, and not just because I was intrigued by what could and might happen to my character.

The best thing about Gaokao is what it attempts to capture, and how well it does that. I’ve never been a Chinese high school student, but I do remember my own time in school and how the final summer before going away to university felt like this magical time where anything could happen, and something needed to happen before the moment was gone. By starting out the player in the highest position they could potentially be (in a new relationship, decent grades, liked but not too much), it’s even better than a blank slate beginning. The player has the choice to try and maintain what they have, elevate it, alter it or throw the whole damn thing away. Muxim seems to genuinely adore you, but it’s not impossible to fall out of love with her and find someone else. Every action impacts your life in some way, either strengthening your relationships while taxing your stats or potentially changing your future altogether. If you end up fully vested in what could be, the replay value is close to endless. If you lose your mind and become disconnected from everyone, will you have enough love in your life to be saved? This is a genuine possibility, and not one everyone will find.

In the end, Gaokao.Love.100.Days is a huge undertaking in terms of completionism, not to mention in terms of having to deal with the grating, screeching tones of Cokkie over and over again as you restart the game. If you’ve never been interested in a dating sim, or simply can’t fathom playing one where the end result isn’t having sex, then you might pass on this title, and that’s for the best. However, if you’re a bit nostalgic about trying to balance school, life and love, or simply want to see what you can do when you live through someone else’s shoes, then give it a shot. Sure, there’s plenty of wonky grammar and some localization errors, but the heart is still very real and present, and it’s something wonderful to behold as you count down the days to the rest of your life.

Where will your heart land when you only have one hundred days to decide your future?