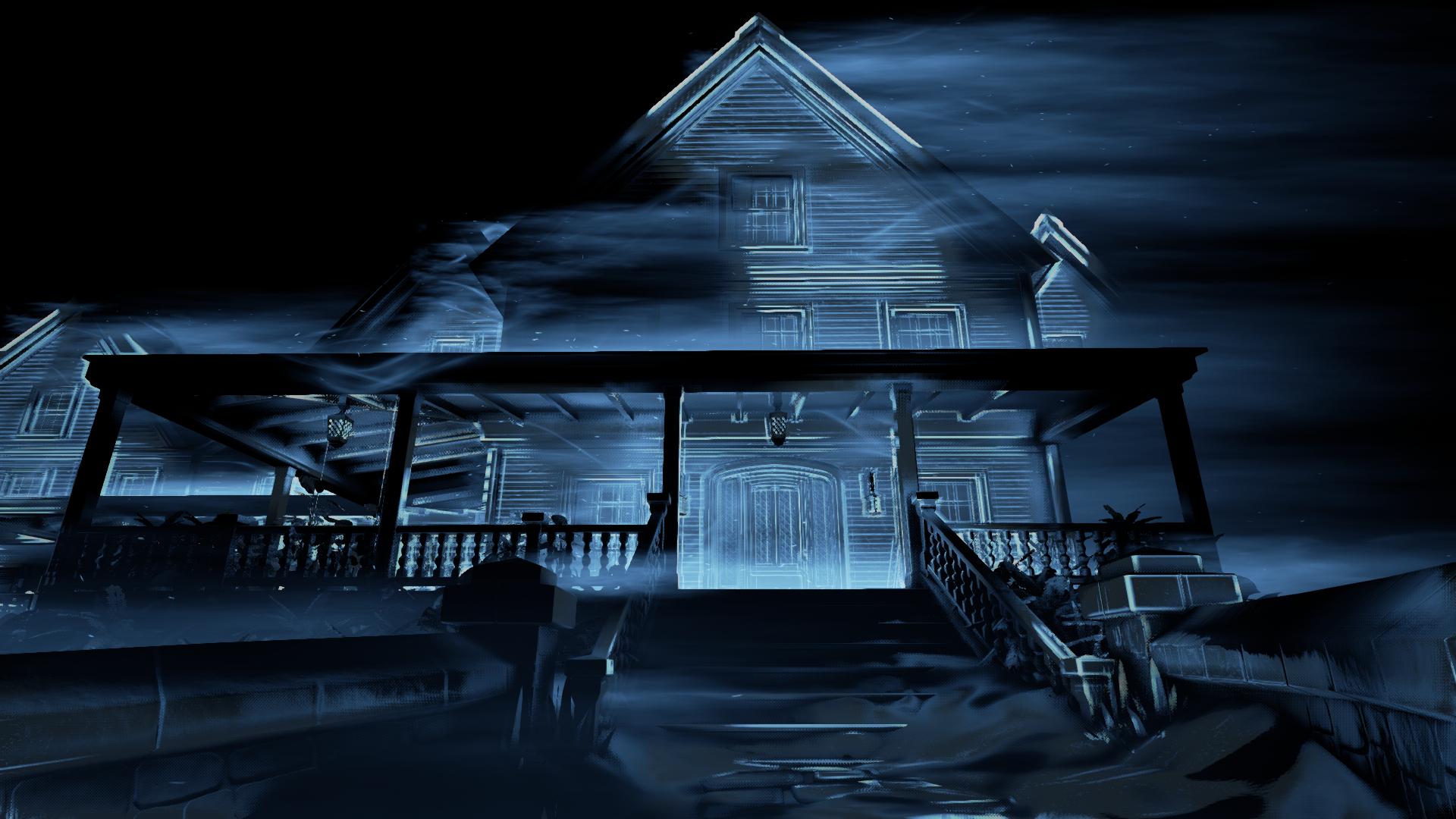 When it comes to horror genre it is difficult to innovate. If you look at any medium which incorporates this particular archetype of entertainment, you’ll see that there is not a tremendous amount of thematic variety. While there have been works such as the film Hush, which introduced new themes, then they still relied on the same old tropes, and clichéd narrative. As it happens, this particular phenomenon is not limited to the silver screen, because the recently re-released Perception, is a lot like the abovementioned Hush – while at the same time being completely different.

The object of Hush revolved around the fact that the protagonist of that particular film was completely deaf, meaning that the she could never hear the killer who was relentlessly stalking hear and had to rely on visual cues, as well as physical. Whereas the protagonist of Perception, who also happens to be a female, is completely blind, and as you might have already guessed, relies purely on sound and touch. And while the game itself does not force you to play with a pitch black screen in front of you, as with each and every sound which you, or ‘the presence’ makes, you can see your surroundings in full – albeit with a heavily coloured hue.

Stylistically, Perception is an incredibly unique title, as there is no other game on the market which looks even remotely alike. And while there is another game, which utilises the same sound based mechanic, Stifled, then this particular game is much simpler in its looks, and is nowhere near as detailed. Technically, this is a subjective point as it could be argued that simplistic stylistic is much more suitable for the gameplay purposes of a game such as Perception, as no person could ever be able to distinguish that a sofa standing right in front of them is quilted – just on the back of the sound alone. 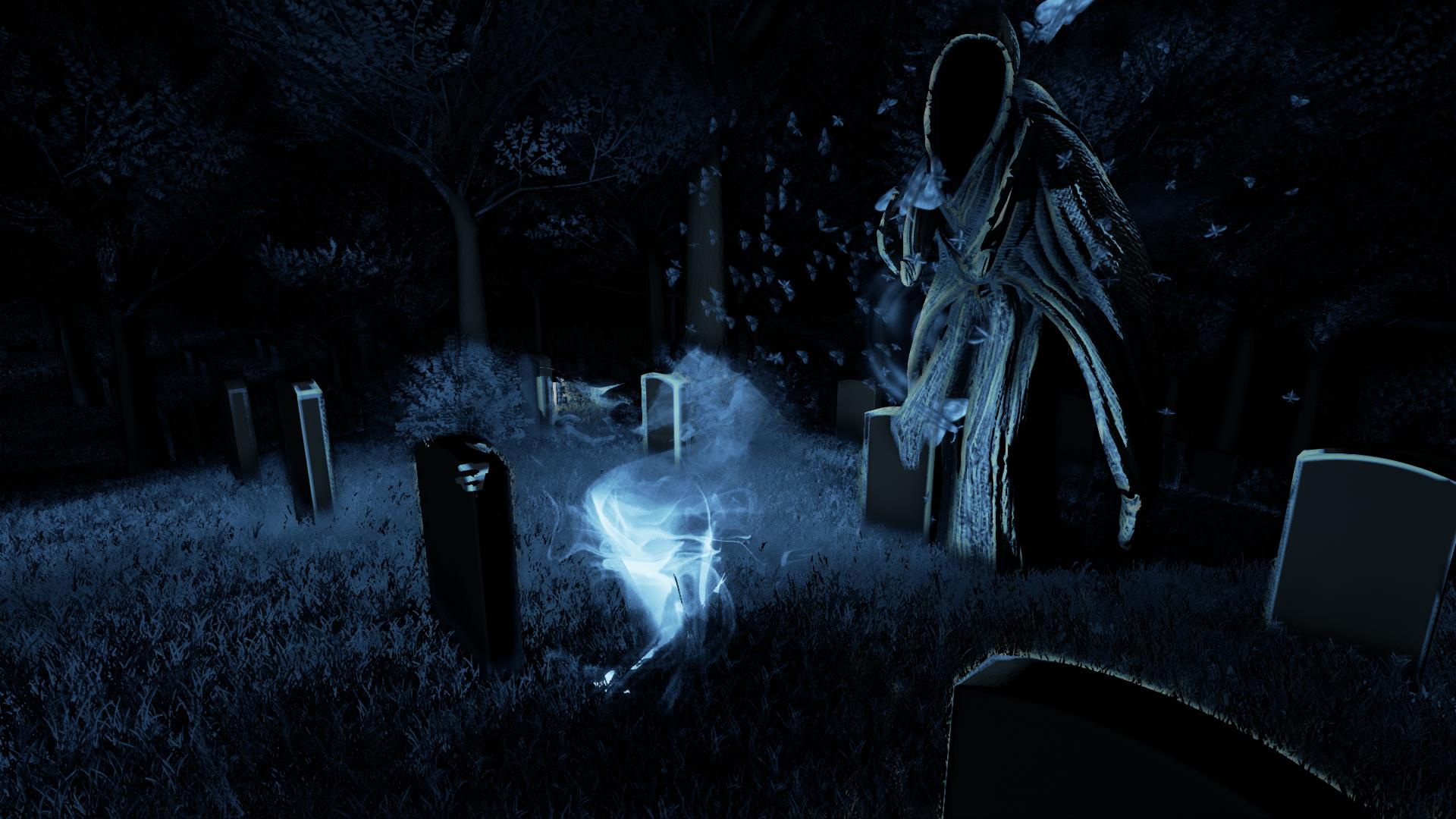 Visually, Perception is incredibly distinct. And while the gameplay which has you use your white cane to create sounds, in order to get a grasp of your surroundings, is also fairly novel, then the same unfortunately cannot be said about the title’s narrative as it is ridden with cliché’s and missed opportunities. And even if one were to take into consideration the novelty of the gameplay, and the thematic consequences which it imposes upon the story, then even then, Perception’s plot is nothing more than a mix and match of the genres tropes, which at this point have been sucked dry.

Perception begins with you being given the low-down on the events which have occurred prior to the title’s opening. And the introduction is very Silent Hill, as it revolves around the protagonist visiting an abandoned place, which has been haunting her in her dreams. And while there is a huge difference between an entire town, and sprawling mansion, then it has to be said that such is not significant enough, in order to prevent the comparisons from taking place. Especially when you add to the mix the fact that the condition of the protagonist results in very Silent Hill like gameplay, as just like in Konami’s classic, the rendering distance is limited at all times.

In addition to the above similarities between, Perception also borrows heavily from another PlayStation 4 horror indie staple, Layers of Fear. Because just like this particular game it features an abandoned mansion, which was previously inhabited by a young couple, where husband was a trained professional and the wife was an artist. It even goes further as to borrow the element of tragedy sparked by fire, which happens to be a core theme in both games. And while it could be argued that the similarities between the two may be nothing more than a coincidence, then unfortunately it is incredibly difficult to do so – if not impossible. 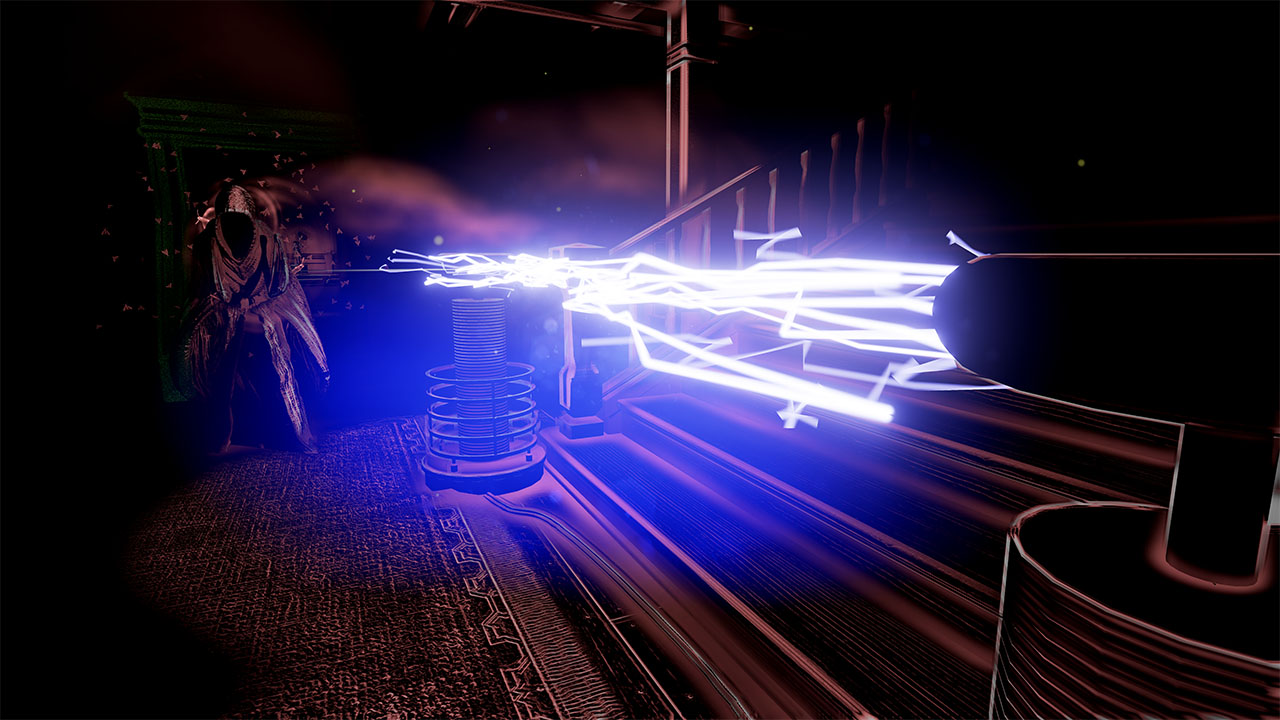 By all means perception is an incredibly enjoyable title, which is a clear product of an astounding amount of hard and unforgiving work. And this shows through the title’s rather impeccable technical state, which quite frankly outshines the vast majority of modern premium indie titles. The framerate is consistent throughout, screen tearing is basically non-existent, and most importantly Perception never lags or crashes, unlike other titles like Tacoma, or Soma. And it has to be said that it feels great to play a premium indie game for once, without having to reset it every 15 minutes. However, no amount of hard work will amend the flaws which are embedded within the title’s core premise and narrative.

If you were to look online at the description of Perception Remastered, you’ll see that a plethora of changes made to the re-released version of the game relates to its ‘confusing’, and ‘muddled’ narrative. And while I personally cannot say how much the title differs to its original release, as I’ve never played it before, then I’m willing to go out there and say it that the issues which many have raised during the title’s launch, are now gone completely. Perception Remastered is a focused, and streamlined game, which allows you to get from point A to point B, at your own pace and leisure, while giving you the free reign over how much of the narrative you want to absorb. As all the overarching subplots, are located within audio recordings, memories, and items. And the latter, are the best of the bunch as they incorporate the text-to-speech mechanic, which allows you to take pictures of certain objects, and receive audio description of the items in question – as long as such feature any potential writing on them.

Personally, I had immensely high hopes for this particular game. And in all honesty, Perception, even its remastered state is far from what I have envisioned. And while it is by no means a bad game, then it unfortunately misses the mark when it comes to ingenuity, as it largely wastes the somewhat innovative set of mechanics which it possesses, on a rather sub-par plot, infested by clichés. But that being said, it does what it says on its proverbial box. It is a first person horror adventure, which for all its flaws does its job rather well, and will surely satisfy all who seek the next horror thrill this Halloween season.

Perception looks and sounds a unique game, but with a cliche ridden narrative and a rehash of old and tired horror tropes, it is nothing more than yet another horror flick with a fancy gimmick.