Home
/
PC
PC Reviews
The Surge – The Good, the Bad and the Augmented Review
Share Review 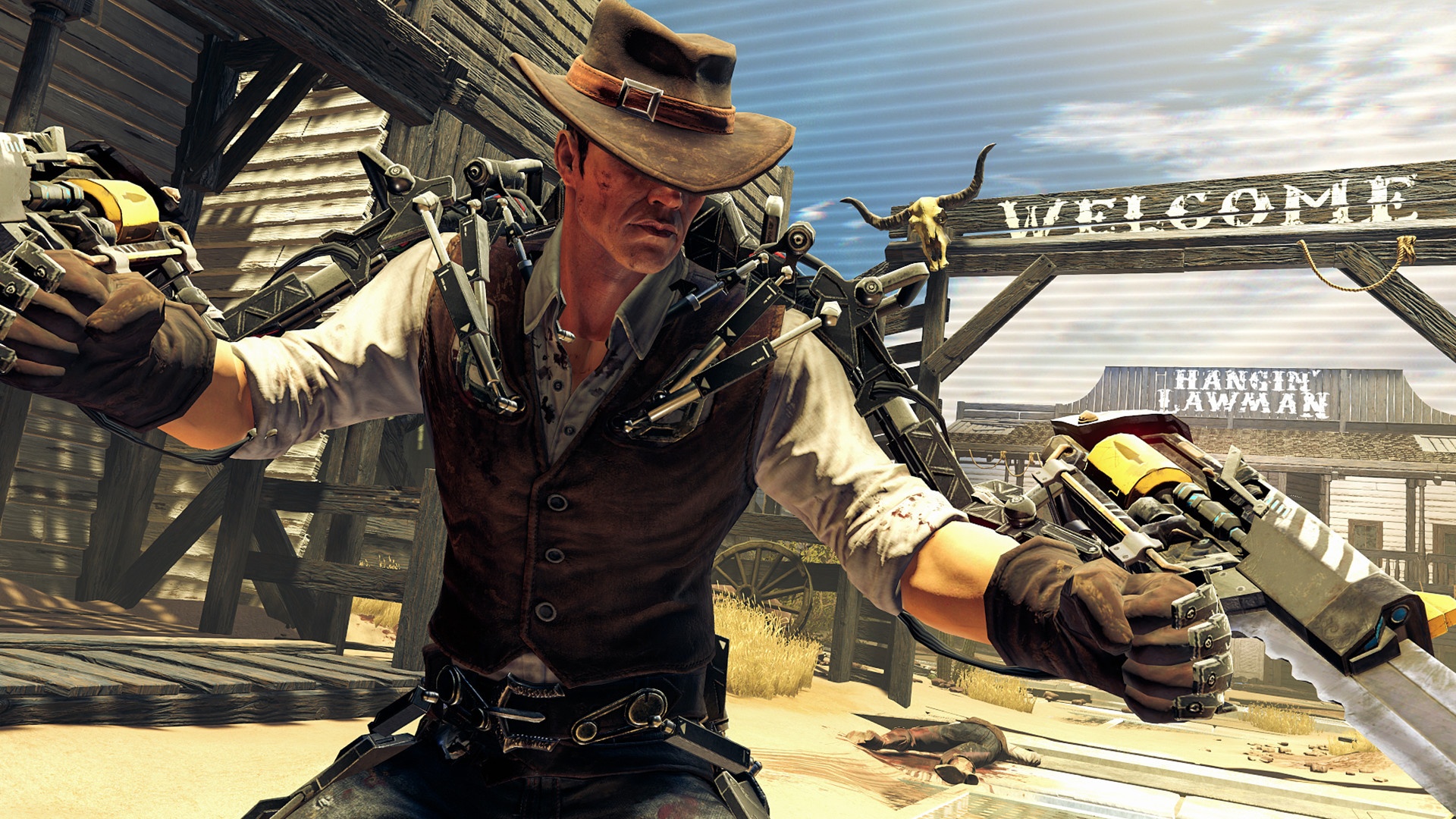 Is it a THQ game? A Midway game, perhaps? Didn’t the bottom fall out of the AA market 5 or 6 years ago? Whatever the case, Deck13, developer of The Surge, a mid-budget take on the Dark Souls template, clearly didn’t get the memo. The Surge feels like a game out of time, a AA video game in an industry where they don’t really exist anymore.

The thing is, I love AA video games, and despite its faults, I love The Surge. Ok, ‘love’ is a strong term, but I really like it. I feel like there is a pressure to enjoy and fully experience AAA games – most are at least good and I know from the get go that I’m going to be stuck in their world for weeks on end – a AA game though, that’s a different story. I strangely quite like the fact that, well, they could be a bit shit, that there is no pressure to play them or like them. I felt no pressure to play The Surge when it was originally released and I certainly didn’t go in with any sense of expectation – perhaps that’s the reason I enjoyed it so much.

Yes, it’s painfully derivative, it adds nothing new to the Souls sub-genre, it has a handful of truly horrific difficulty spikes and aesthetically, it’s more than a little bland, but hey ho, it’s a AA game. These things are easier to forgive when you know you’re playing a mid-budget video game. It doesn’t get a total free pass of course, but those rough edges, they’re easier to accept.

And accept them you must if you are likely to have any chance of genuinely enjoying the Surge or its rather unexpected but largely enjoyable second round of DLC, The Good, the Bad, and the Augmented. Don’t get me wrong, like the main game itself, The Good, the Bad, and the Augmented is a perfectly enjoyable and largely competent take on the genre, but be warned, despite the intriguing setting, this DLC fails to elevate the wider Surge experience despite the added benefit of an aesthetically more interesting environment (well, compared to the rather bland looking corridors that make up the majority of the core game anyway). 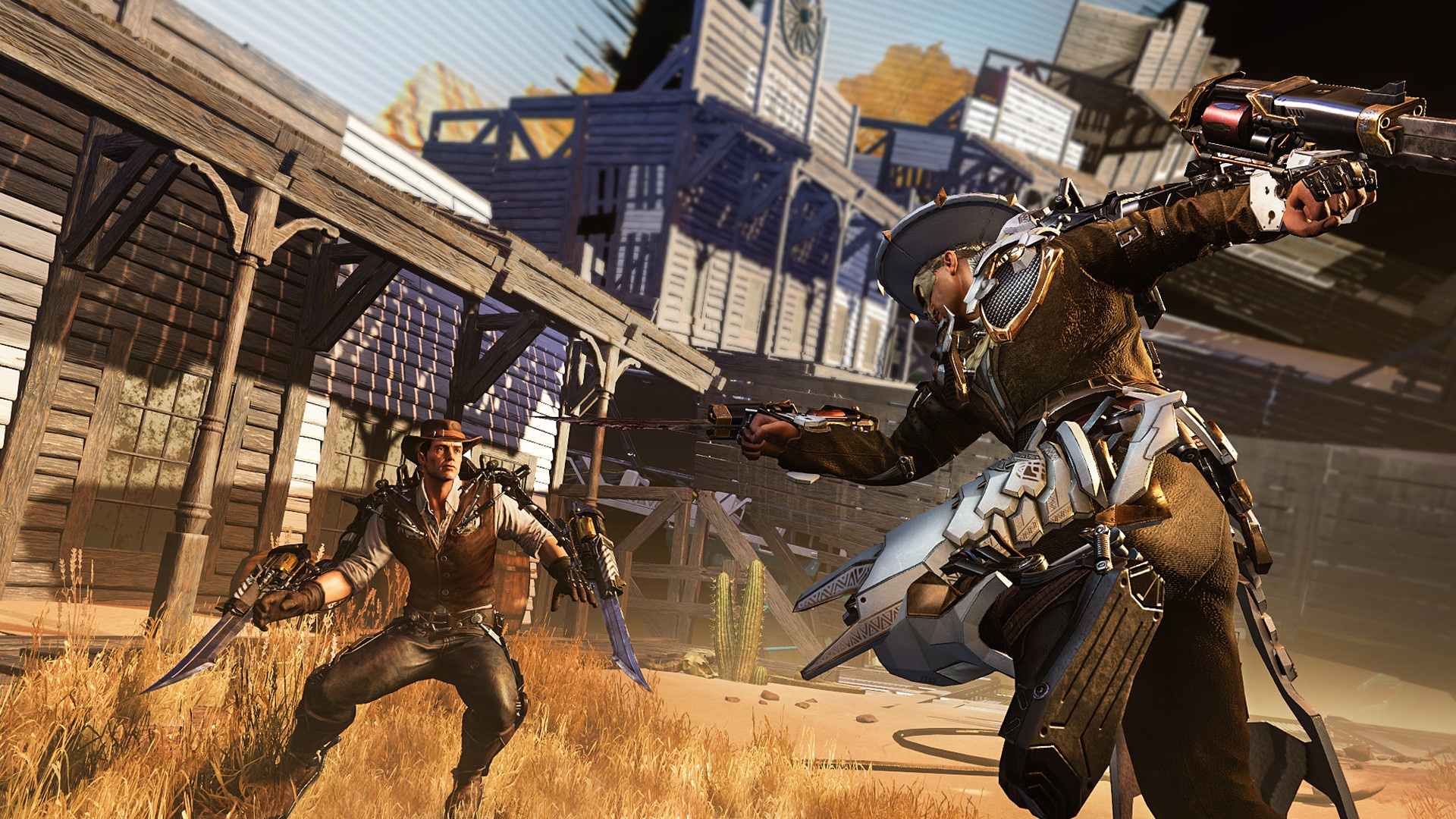 Deck13 and Focus Home Interactive fail to make the most of the western setting and certainly fall short of the kind of fun that this DLC should have allowed, but despite playing it a little too safe and despite remaining visually forgettable (especially in comparison to From Software’s finest work), The Surge’s latest DLC is still enjoyable, and like the core game, provides plenty of challenge for those looking for a genuinely punishing gaming experience.

Like its previous DLC, A Walk in the Park, the biggest issue with The Good, the Bad, and the Augmented is that it fails to push the narrative forward in any meaningful way. The story here is decent enough, and the villain (if you can call him that) and his obsession with Westerns is certainly entertaining, but nothing feels like it holds any sense of genuine importance. I appreciate that developers don’t want to move the story forward too much via DLC that is only going to be played by a relatively small percentage of the fan-base, but in both cases, Deck13’s, The Surge DLC feels painfully inconsequential, and by design, largely inessential.

Still, if you’re a fan of the main game and are looking for an additional challenge, The Good, the Bad, and the Augmented does just enough to make it a worthwhile addition to the core experience. This is largely down to the DLCs unique structure – it won’t be for everyone and can certainly prove frustrating, but it’s the one thing (beyond the cowboy hats of course) that sets it apart from what has come before.

It might not be incredibly long, but with 9 missions that can be accessed via the DLC’s hub area, a decent selection of modifiers that fundamentally change the experience each time you play, and a bunch of rather cool looking loot items to collect, The Surge’s latest batch of DLC makes for an interesting diversion and a pleasant change of pace from the standard Souls-style structure. 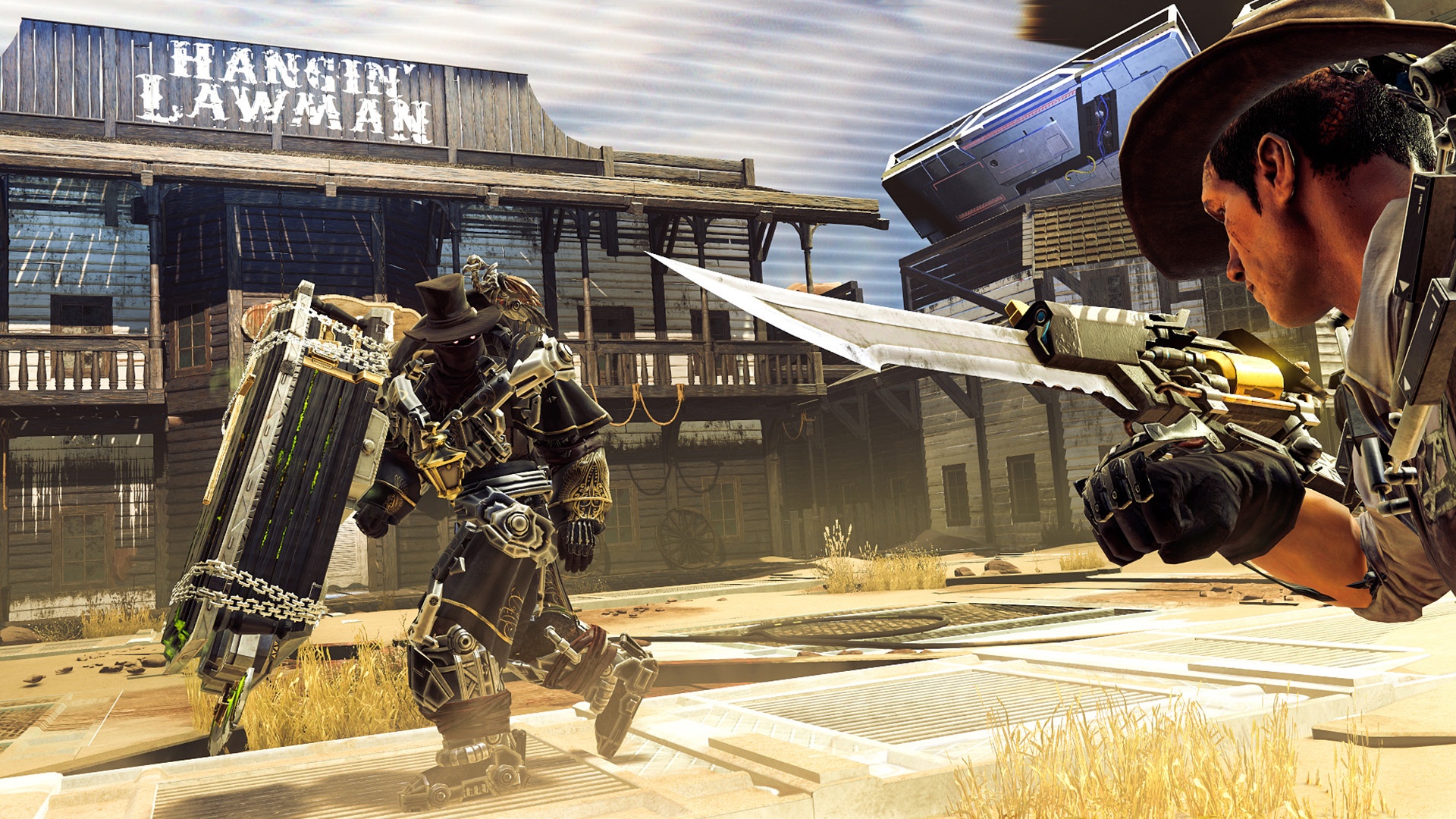 Each episode is split into 2 stages and a boss battle, and while they are hardly the most difficult challenges you will come across during your time with The Surge, the one death per episode rule does ensure that they will remain tense for even the most skilled players. It’s a shame that the bosses themselves aren’t a tad more varied, but again, as a relatively cheap DLC upgrade, The Good, the Bad, and the Augmented delivers a pleasing balance between accessibility (accessibility by its own rather unforgiving standards) and challenge.

Those who have mastered the main game shouldn’t have much trouble finishing the relatively short 9 episodes available here, but the amusing setting, cool loot and unique structure ensure that The Good, the Bad, and the Augmented is ultimately a journey worth taking for fans of the game. It’s a shame that more wasn’t made of the Western setting and that there is limited interaction with the games’ entertaining but largely absent villain, but despite these disappointments, the strong core gameplay make this a worthy addition to one of the generations’ few genuine AA success stories.

The Surge - The Good, the Bad and the Augmented Review

The strong core gameplay make this a worthy addition to one of the generations’ few genuine AA success stories.